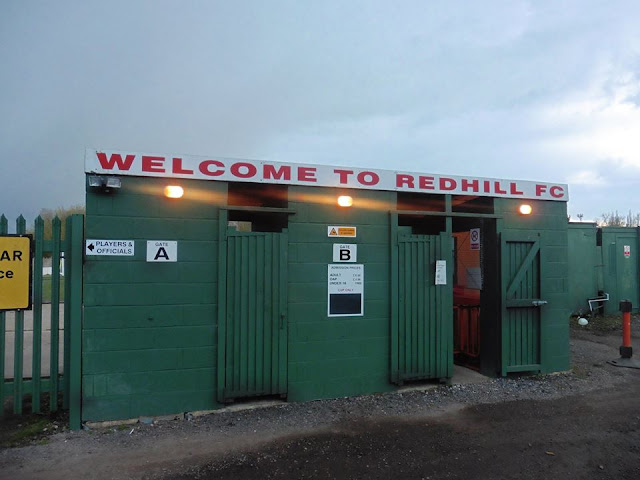 BRIEF HISTORY/FACTS ABOUT THE LOBSTERS:

Redhill Football Club were formed in 1894. For the 1st few seasons as a club, the club were only playing friendly matches before joining the South Suburban League in the 1898-99 season where they finished 6th. Then followed another three seasons of playing in other local leagues before they were admitted to the East & West Surrey League, which they won in their first season. Two seasons later they reached the final of the Surrey Senior Cup final. Redhill were accepted into the South Eastern League Division Two in 1906 and played in this division for three seasons, finishing fourth in 1908–09. They also finished 2nd in the Mid Surrey League during the same season.Following that they were 3rd in Sectrion A of the Spartan League in 1909–10. They then finished 3rd in the South Suburban West League in 1910–11, before becoming South Suburban Champions in the 1911–12 season. Redhill FC became London League members from 1921 to 1923, and finished runners up in their division at the end of the 1922–23 season. For the 1923–24 season they joined the Athenian League. Redhill spent many years in the old Athenian League with such clubs as Barnet, Bromley, Sutton United and Grays Athletic. Fortunes were very mixed over the years, with Championships in 1924–25 and 1983–84. However, they also finished bottom of the league on several occasions: 1945–46, 1952–53, 1958–59, 1962–63, 1964–65 and 1977–78. The club also won the Surrey Senior Cup in the 1928–29 season, defeating Epsom Town 3-2 at Guildford City's Josephs Road ground. The 1st time Redhill reached the FA Cup 1st Round proper was in 1957, they were to be knocked out by Norwich City and took a great crowd at Norwich. Norwich won the game 6-1 and you can see a copy of the match day programme, ticket and photos of the game in the clubhouse. In the early 80's, the club won the last ever Athenian League Championship in 83-84 and were due to gain promotion. However, after being given notice to vacate their Memorial Sports Ground in the centre of the town, they were moved to Kiln Brow, situated about 2 miles to the south of the town. Without the required facilities, the club actually moved sideways in the pyramid into the London Spartan League. In 1996–97 they won promotion to Division One again by finishing third. They finished fifth in their first season back in Division One, yet all subsequent positions have hovered around mid-table. In 2014–15 Redhill finished 23rd out of 24 teams in Division One South and were relegated to the Combined Counties League.

Visiting Redhill's Kiln Brow was always on my list to visit at some stage in my life, so as the game came about, it was only to be decided over the weekend after checking the fixtures on Non League Matters. Not much cropped up really, only another one could have stuck to local footy watching Tunbridge Wells v Glebe. As much as I do like watching Wells play from time to time, as the season draws close to an end, I wanted to try and tick off as many grounds as I can. For me Redhill itself crops up on 2 things, 1st one that reminds me of Redhill is a clip in Only Fools and Horses when Redhill gets mentioned as Del Boy goes hang-gliding with the end clip of Rodney asking where Del is, only for Trigger to answer back he was found in a TV Transmitter in Redhill, or something along them lines. 2nd thing is Redhill station I used to visit a lot in the past whilst changing trains to head towards my ex's parents place, luckily I don't miss on doing no more. So the week leading up to the game was quietish really. My last new ground was last week visiting St Neots Town, with a Gillingham home game on the Saturday against Rochdale in a battling 1-1 draw and then of course a visit to Redhill in mid-week. It was a week I am looking forward to at the end of the week, with payday followed by Peterborough United away with Gillingham followed by watching British Touring Cars at Brands Hatch. I hadn't been a follower of Touring Cars only up to recently watching races on YouTube last season, so looking forward to the weekend coming up. The day of the Redhill - Raynes Park Vale came and luckily I was able to get lift to the ground with Dad. Train was doable from home but with the journey in the car only taking about an hour, it was much easier to get a lift, and with the chance of getting offered a lift anyway, it was difficult to say no! 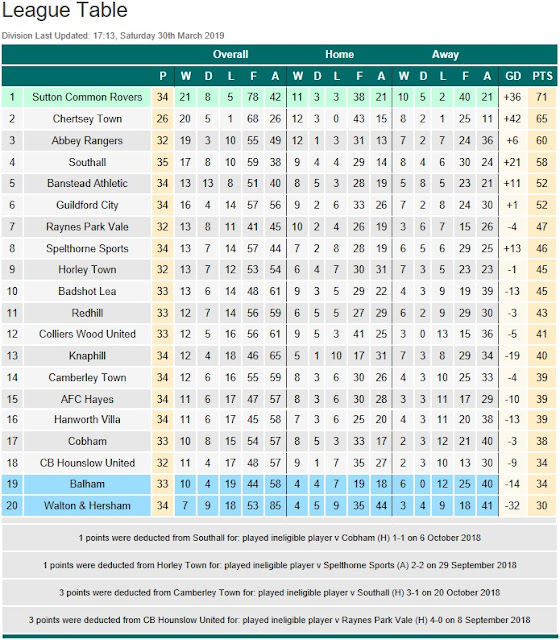 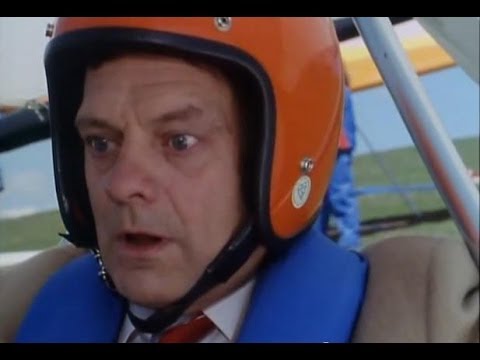 After leaving home around 6.15pm, we arrived to the ground around 7.25pm. The route was a much changed one according to Google Maps, with Maps telling us to go on the M25 but luckily avoided it due to crashes apparently. On the way, it was nice to be driving past Sevenoaks Town's ground, a ground I've been to a couple of times, latest watching Gillingham in a friendly there earlier on in the season. After taking photos outside and my usual lap of honour walking around the ground, the game shortly kicked off.

The 1st goal of the night came on 13 minutes with the visitors were awarded a penalty after a foul in the box which looked like no arguments from the hosts. Jack Williamson scored from the penalty spot to make it 1-0. 2nd goal came a few minutes later, a tap in from Conor Turner. Redhill pulled one back which saw Sinatra Antwi get brought down after cutting inside and getting fouled. A stonewall pen for me personally, and the hosts pulled one back from Josh Greenleaf. 2nd half was pretty much non-existent which saw the visitors come away with the 3 points, which sees Redhill without a win now in 10 games. A quick mention goes to a couple of fans me and Dad ended up speaking to during the game, a Sheffield United fan who was a neutral for the night, ended up speaking mainly old players who played for both Gillingham and Sheffield United. Another was a guy who's 1st team is Hull City, followed by Woking and now Redhill as he lives in the area which is a bit of an odd combination but then each to their own. Hull I've yet to tick off as part of the 92, hopefully to do next season. After the game I arrived home around 10.45pm, a decent enough night at Redhill which saw my 155th ground ticked off. 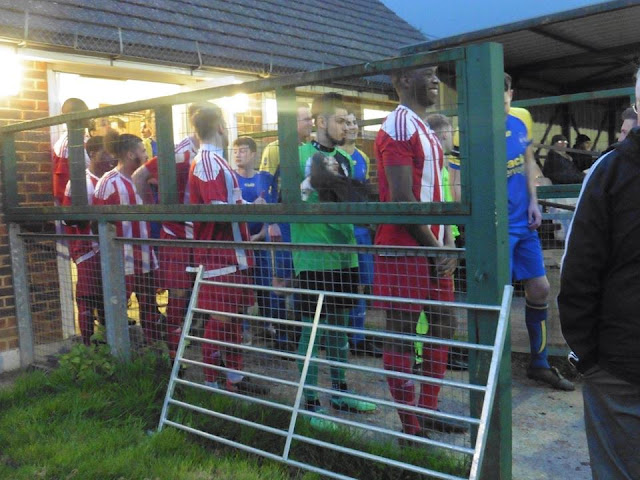 Redhill have been playing at Kiln Brow since 1984 after playing at their previous ground Memorial Sports Ground in the centre of town. They were given notice to leave the Sports Ground and moved to Kiln Brow. The ground holds 2,000 with around 100 seats. 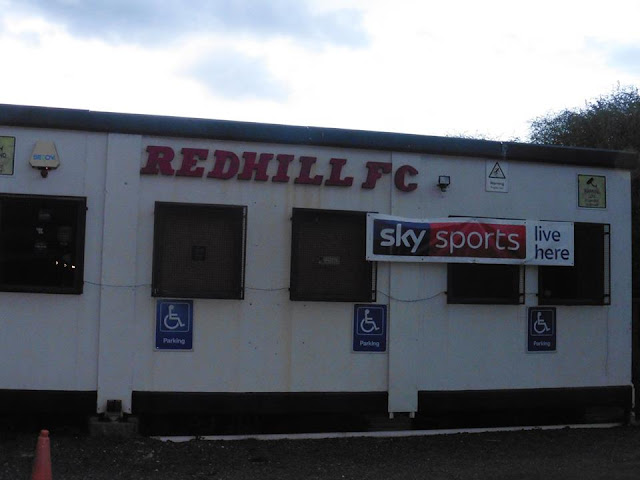 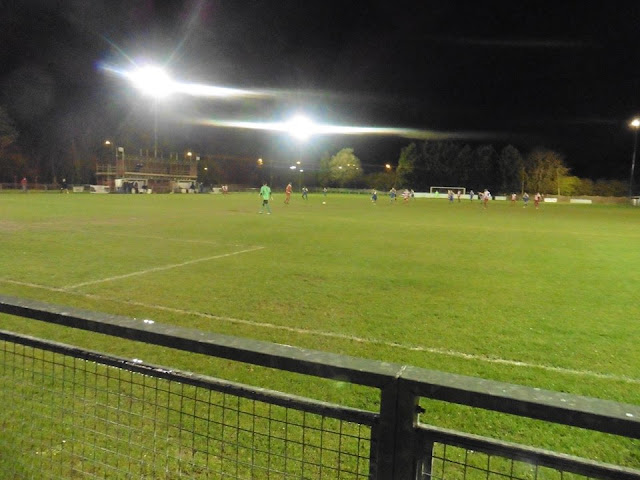 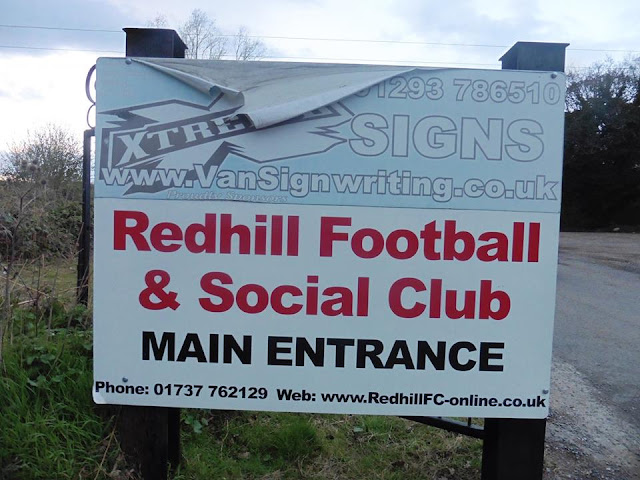 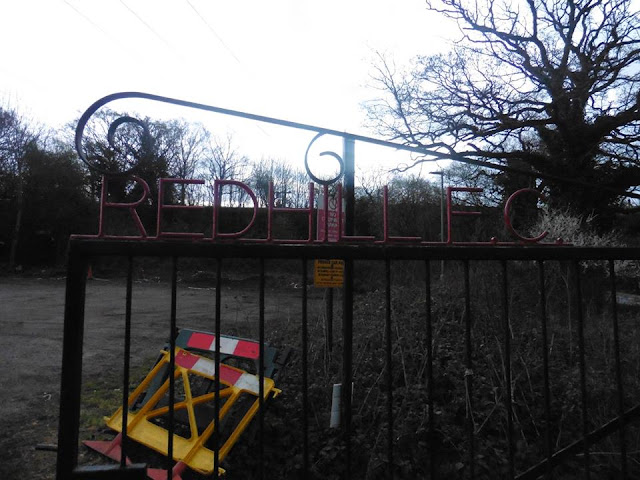 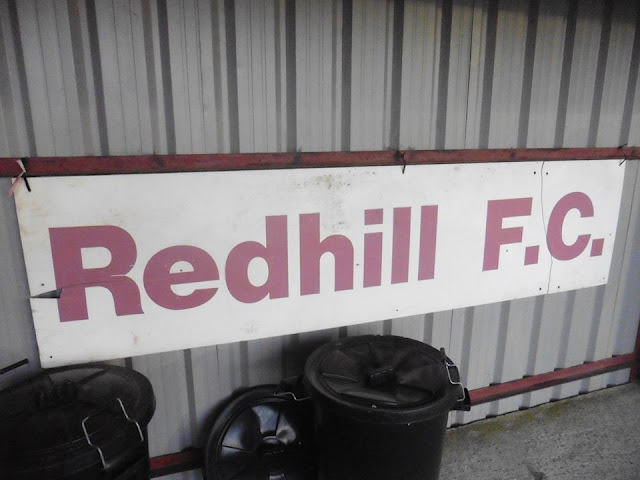 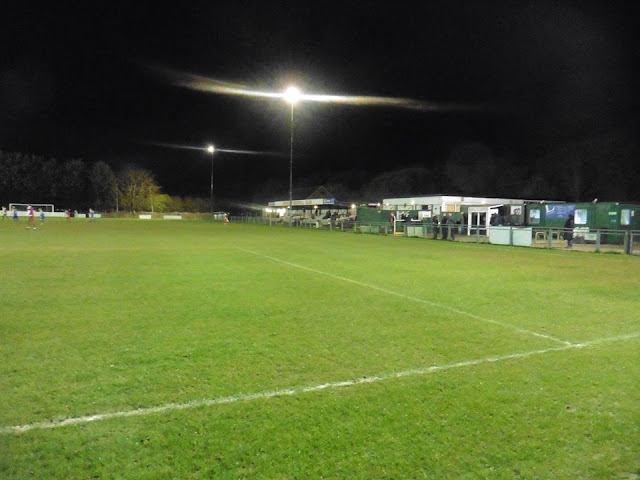 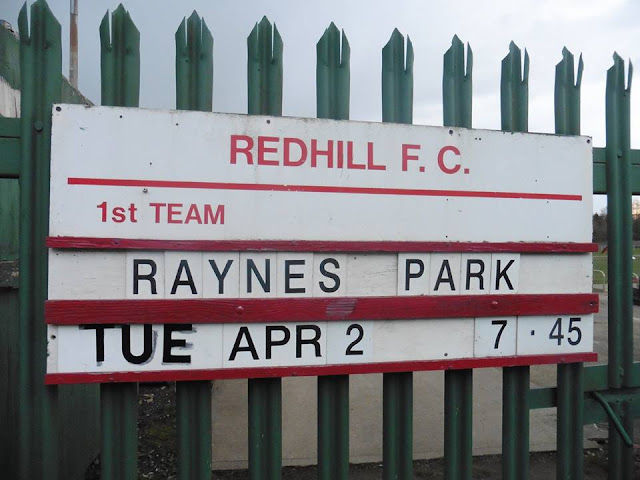 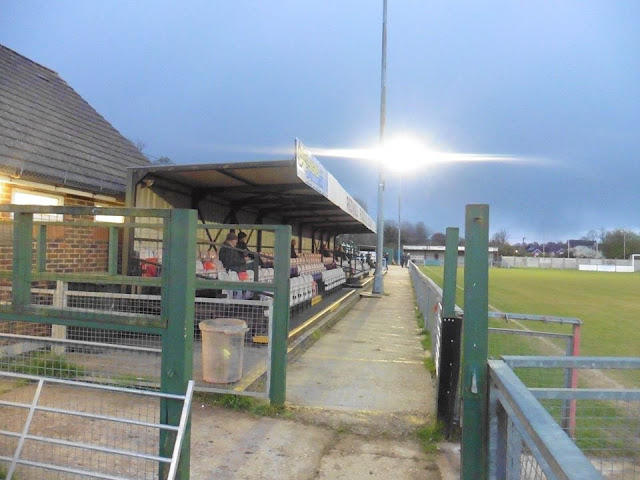 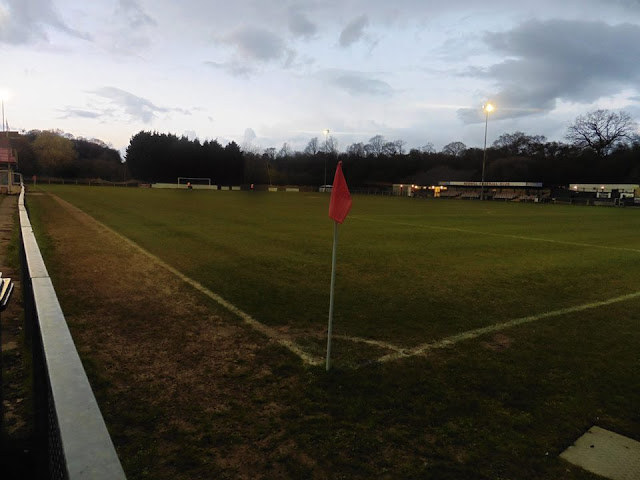 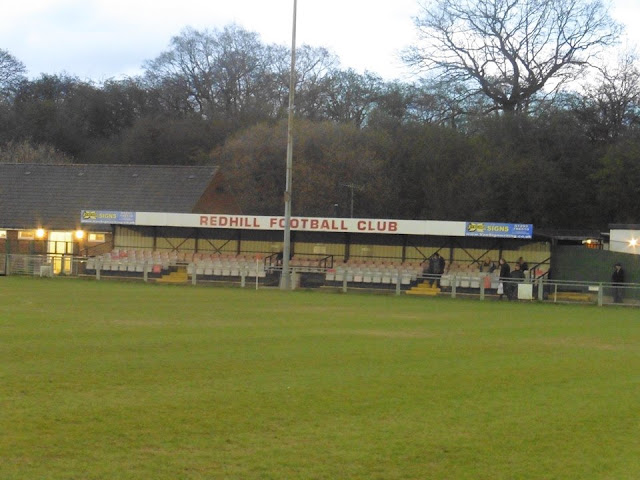 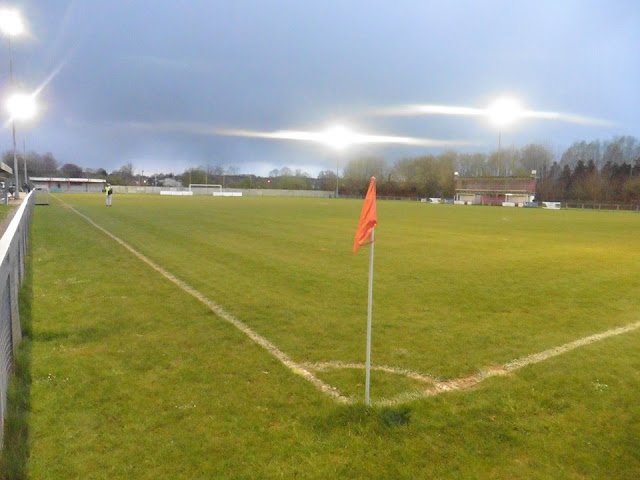 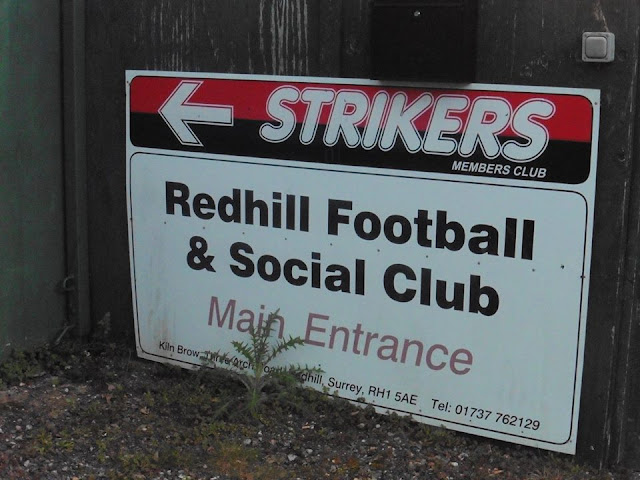 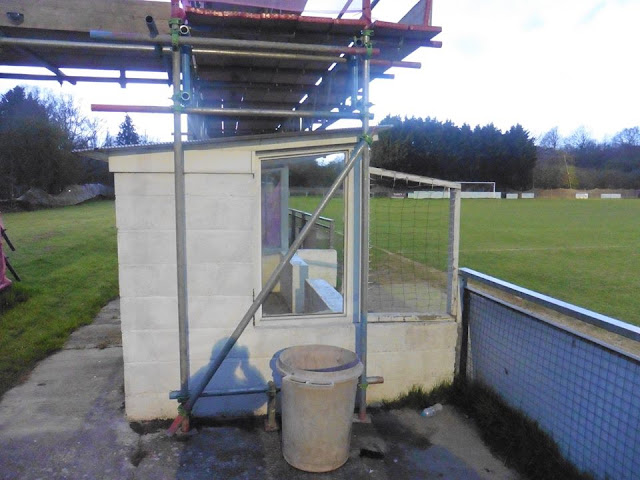 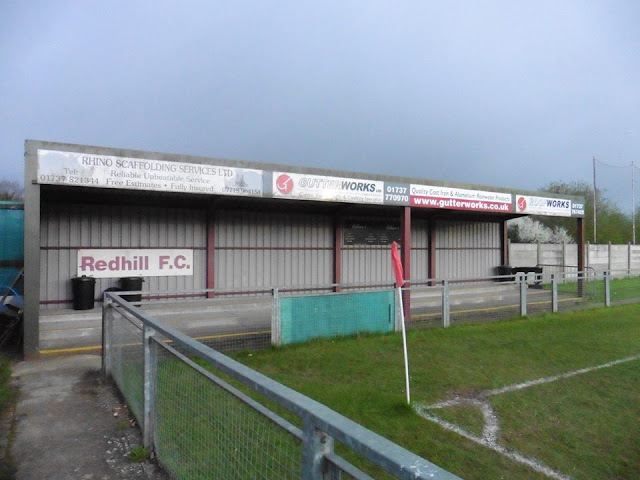 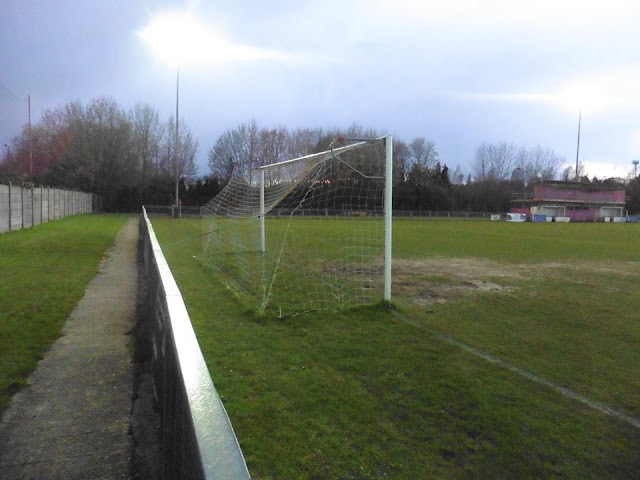 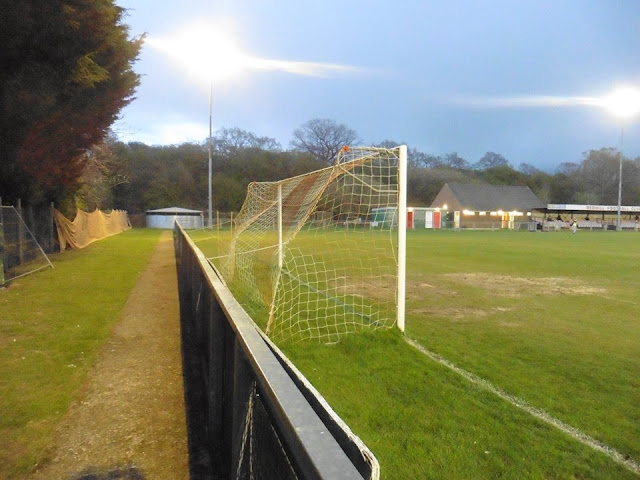 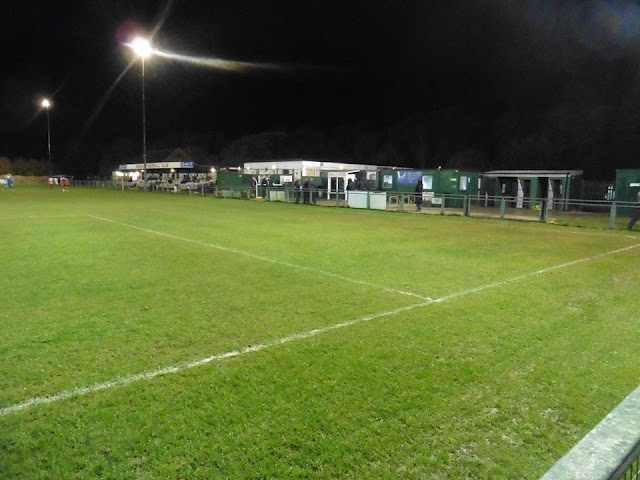 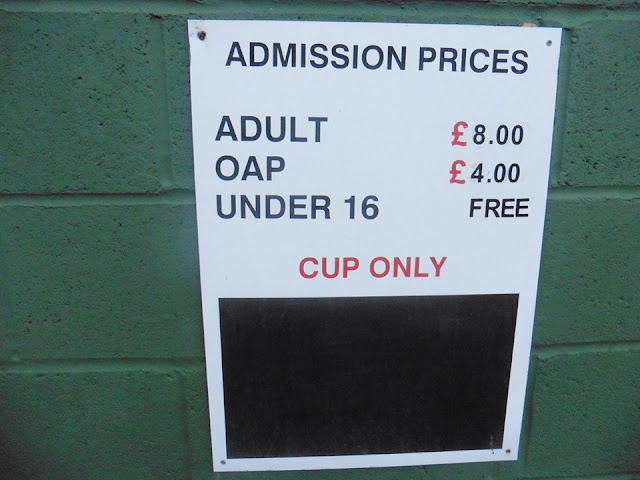 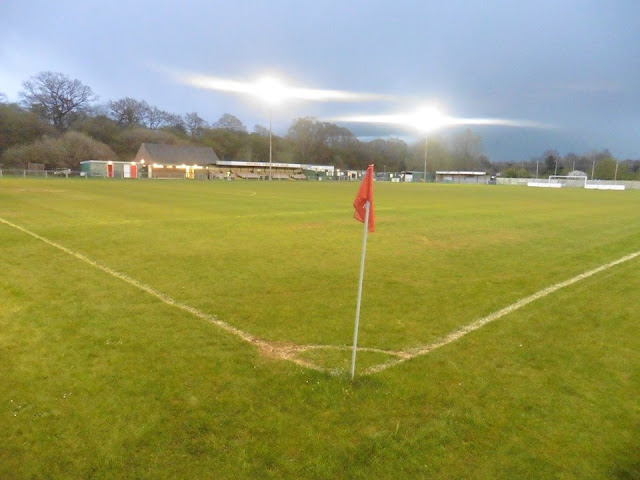 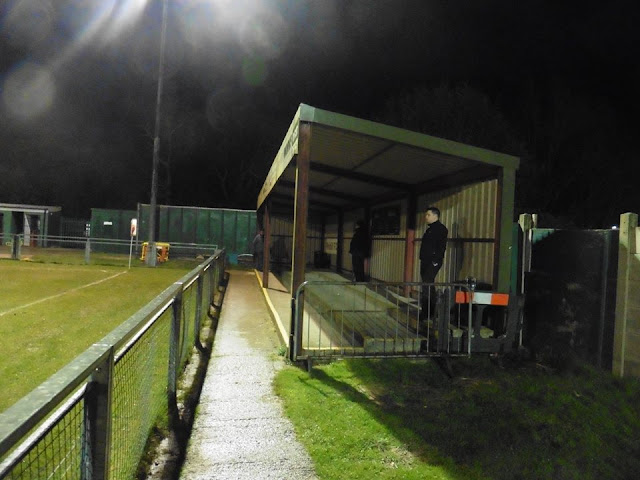 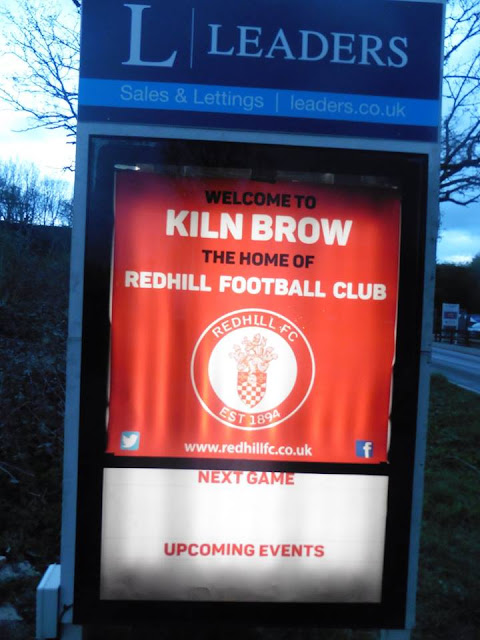 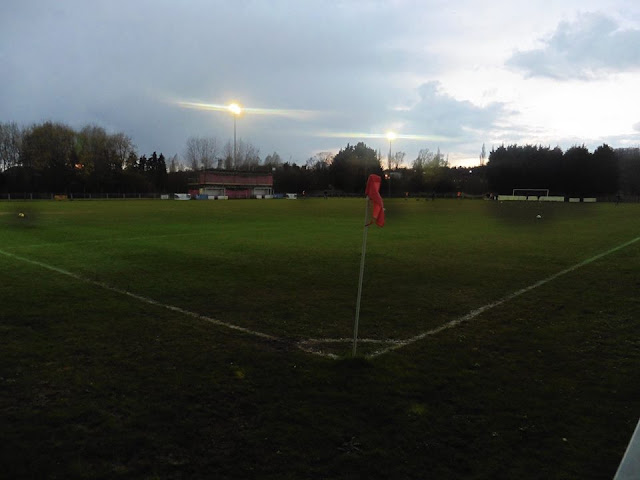 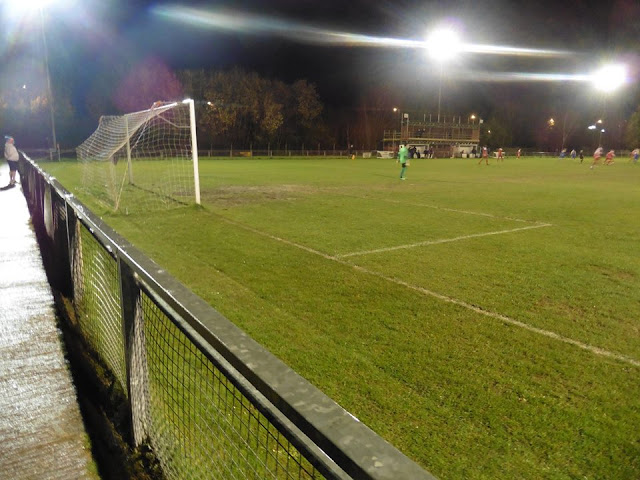 Posted by Football Grounds at 15:49