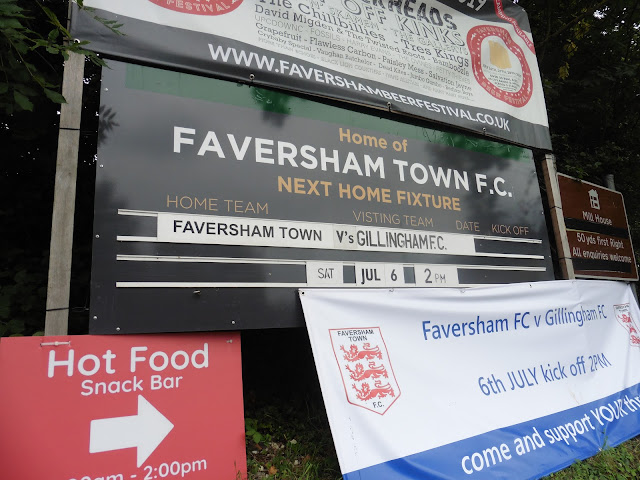 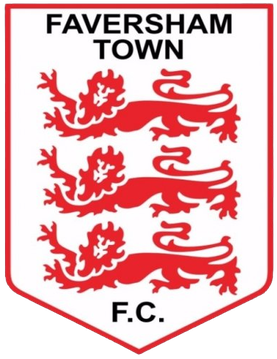 BRIEF HISTORY/FACTS ABOUT THE LILYWHITES:

Faversham Town Football Club were formed in 1884. They were founder members of the Kent League in 1894, joining Division Two of the new league. They were Division Two champions in 1895–96, earning promotion to Division One. They left the league in 1900, but returned in 1904. When the league was expanded in 1909 they were moved into Division Two East. After finishing bottom of the division in 1911–12, the club left the league for a second time. The club rejoined the league in 1924 under the name Faversham Rangers, and were placed in Division Two (Mid-Kent). However, they left the league after three seasons. Now under the name Faversham Invicta, they joined Division One of the Eastern Section of the Kent County League in 1934. Although they were relegated to the Mid-Kent Section at the end of the 1934–35 season, they returned to the Kent League in 1937, joining Division Two. They finished bottom of the division in 1938–39. After World War II Faversham (now under their current name) continued in the Kent League, and were Division Two runners-up in 1946–47. They were promoted to Division One at the end of the 1948–49 season and remained in Division One until the league folded in 1959, at which point they joined the Aetolian League. Faversham were runners-up in their first season in the Metropolitan–London League. In 1973 they transferred to Division Two of the Athenian League, but after finishing bottom of the table in 1975–76 they returned to the Kent League. After several seasons of struggling in the league, including finishing bottom of the table in 1995–96 and 2001–02, the club resigned from the league eight matches from the end of the 2002–03 season. They did not enter a league in 2003–04 or 2004–05, but joined the Premier Division of the Kent County League in 2005. After finishing as Premier Division runners-up in their first season, they were promoted back to the Kent League. They went on to win the Kent League in 2009–10, earning promotion to Division One South of the Isthmian League. In 2012–13 Faversham finished third in Division One South, qualifying for the promotion play-offs. After defeating Hythe Town 3–0 in the semi-finals, they were beaten 3–0 by Maidstone United in the final. Another third-place finish in 2014–15 ended with the club losing 5–4 on penalties to Merstham in the semi-finals of the play-offs after a 0–0 draw. They reached the play-offs again in 2015–16 after finishing fifth, but after beating Dorking Wanderers 2–1 in the semi-finals, the club lost 3–0 to Worthing in the final.

Faversham Town have been playing at Salters Lane since 1948 after moving there. The capacity at Salters Lane holds 2,000 with around 200 seated and the rest with standing. Faversham railway station is fairly close to the ground, around a 10 minute walk. 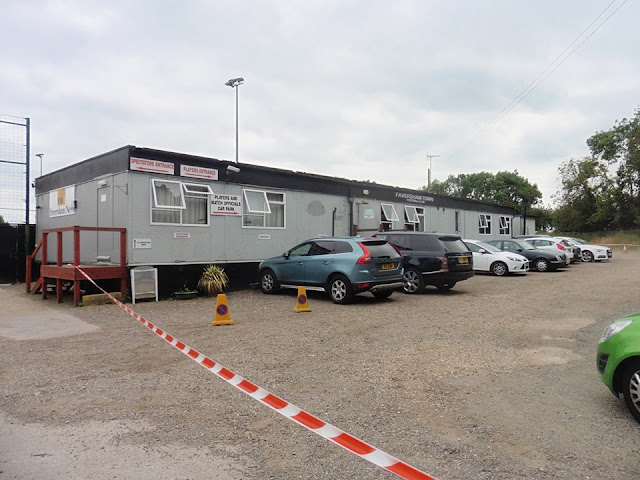 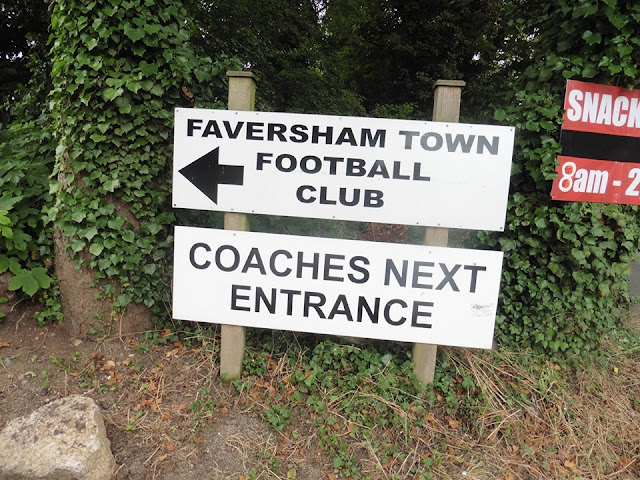 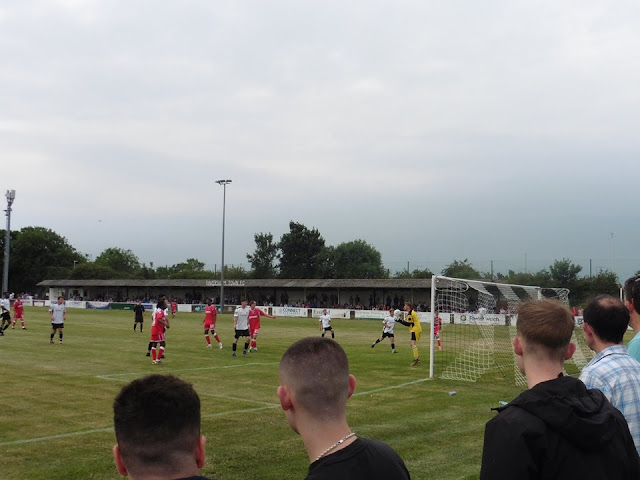 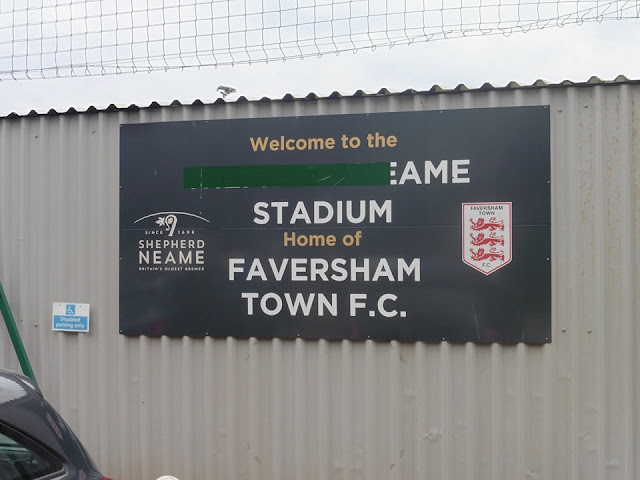 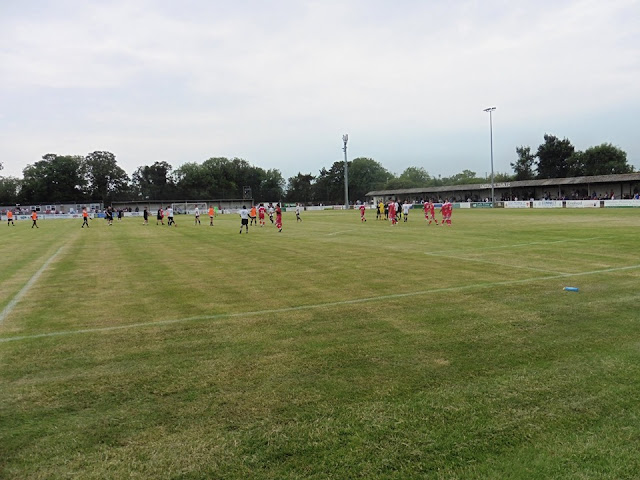 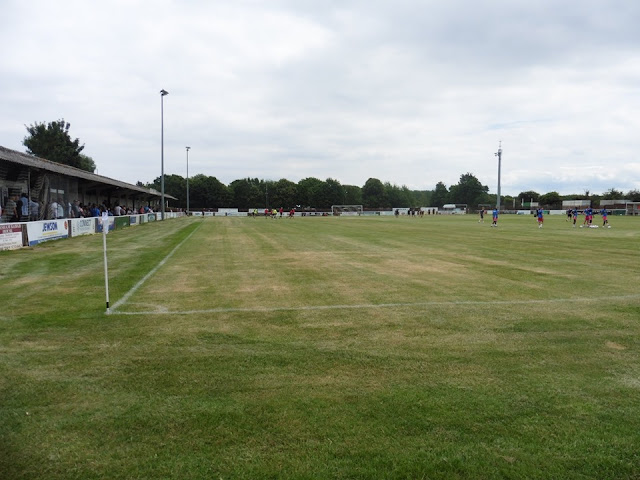 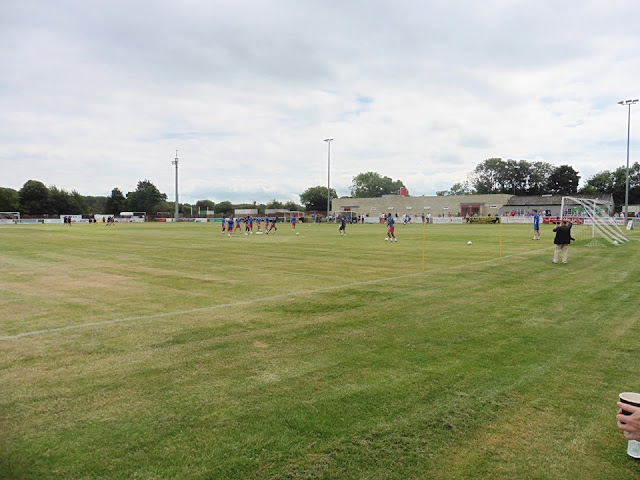 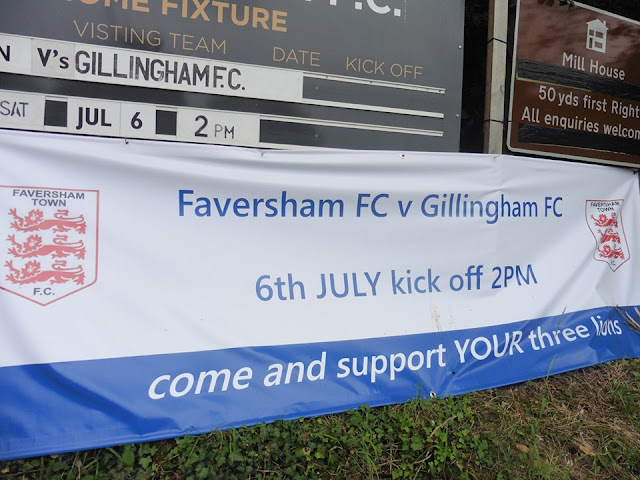 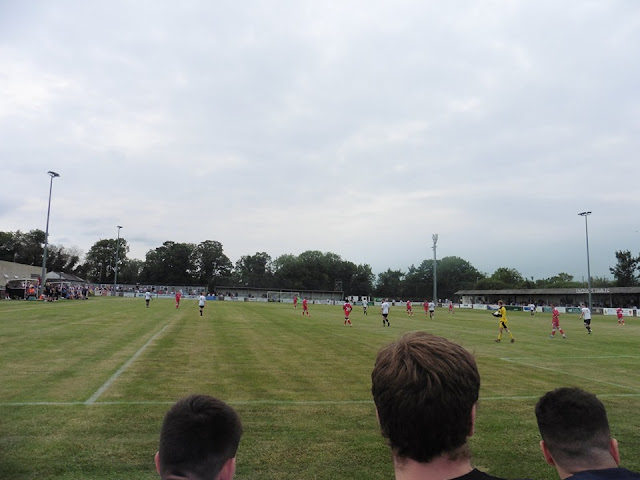 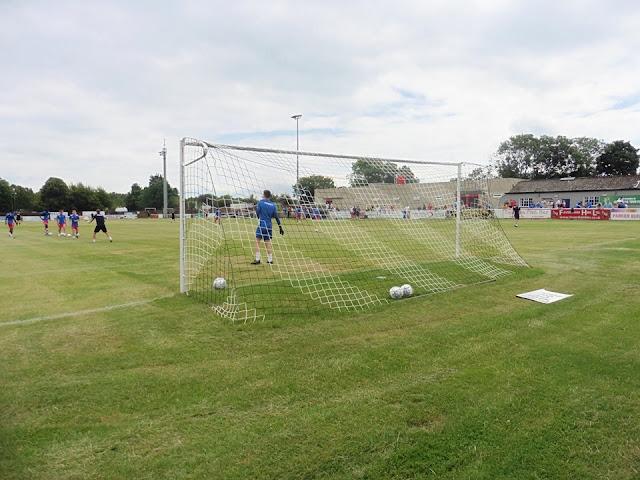 Posted by Football Grounds at 12:26