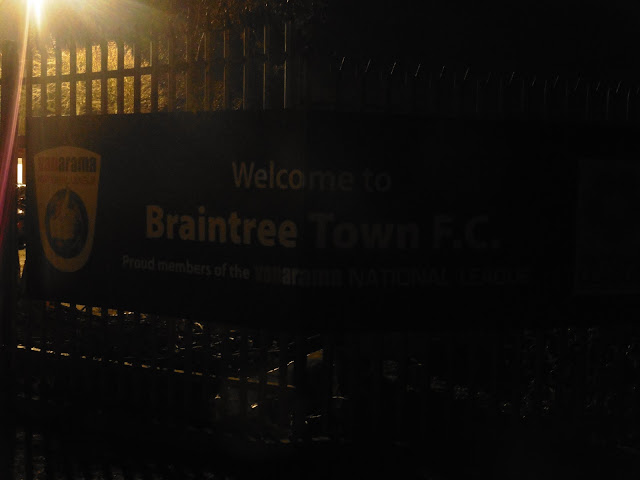 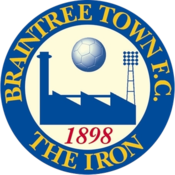 
My first visit to Cressing Road came about when checking the fixtures as Gillingham wasn't playing on the night, so had a look around to see what's fairly local. Usually I check for fixtures on Kentish Football and another website called Soccerway.com. Really it was 2 choices, either Tunbridge Wells vs Cray Valley as alternatively that probably would have been ideal for me as it wouldn't take me too long or of course Braintree Town vs Lincoln City. I opted for Braintree for a few reasons. I was planning on going to Braintree in Pre-Season when Gillingham had arranged a friendly with them but then got called off due to Braintree's pitch not being ready in time for the friendly. I was thinking of going to Cressing Road earlier on in the season on a Tuesday night but decided against it, think it was mainly due to the weather. But other reasons on me deciding to go to Braintree vs Lincoln was 1, Billy Knott who is Gillingham's current player and on loan to Lincoln so would have been good to see him play. 2, Sean Raggett who also plays for Lincoln is a former Gillingham youngster who went on to play for Dover Athletic and have heard he is a Gillingham fan anyway. 3, Sean Clohessy who plays for Braintree is also a former Gillingham player, wasn't overally a fan of him when he was at the club but none the less an ex Gills player and 4, I rate Danny Cowley very highly, did a cracking job at Braintree and just missed out on the Play Off Final with them only to be knocked out by Grimsby who went on to win the Play Off Final at Wembley and had done wonders at Lincoln City reaching the FA Quarter Finals to face Arsenal at The Emirates.
He is a manager I would love in charge of Gillingham one day, sets his teams up to play good attacking football, tells oppositions to pressure the ball, don't allow them any time on the ball, would be a perfect fit for Gills but none the less, it's a cracking job he's done at Lincoln, fair play to him. 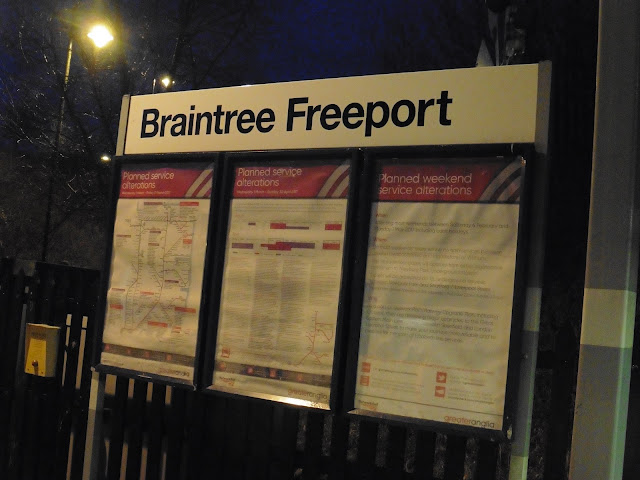 So, after arriving into Braintree Freeport, although there are 2 stations in Braintree, Freeport and of course Braintree itself and both are decent walkable to the ground. Only reason I got off at Freeport was apparently the ground was nearer but only around 3 minutes according to Google Maps, but only around a 15 minute walk from the station to the ground anyway. I arrived at the ground around 6.45pm, bought a programme and made my way behind the goal in terracing with the Lincoln fans. No real reason why I chose to go in the away end, I wanted to see what the atmosphere was like with the Lincoln fans considering they are top of the league in the Conference as well. The atmosphere was ok, wasn't the best but did bring a good number down to Essex. The game itself was probably an easy win for Lincoln. Braintree were very poor on the night, but Lincoln was just too good for them, pressured them at all times, hardly had Braintree have any time on the ball and came away easy 4-0 winners. Disappointed not to see Billy Knott come on for Lincoln but did see him warm up before the game and at half time but not to talk to. Sean Raggett had a fairly decent game at the back, had no faults and done well. Sean Clohessy was non-existent really which wasn't a surprise. But I have to say Lincoln are a top side, got some very good players. I'd be surprised if they stuff it up now, my money is on Lincoln to get back in the Football League and win the Conference title. Goals for Lincoln came from a debut hat-trick from Lee Angol who recently joined Lincoln on loan from Peterborough and Nathan Arnold got the 4th with 5 minutes till full time. Easy win for Lincoln. Anyway after the game, I made my way back to the station, left Braintree just after 10 and got home just after a midnight. Quite a good night out in Braintree. 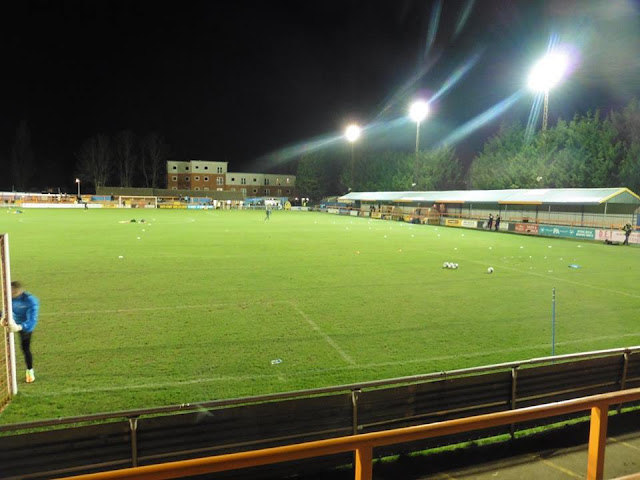 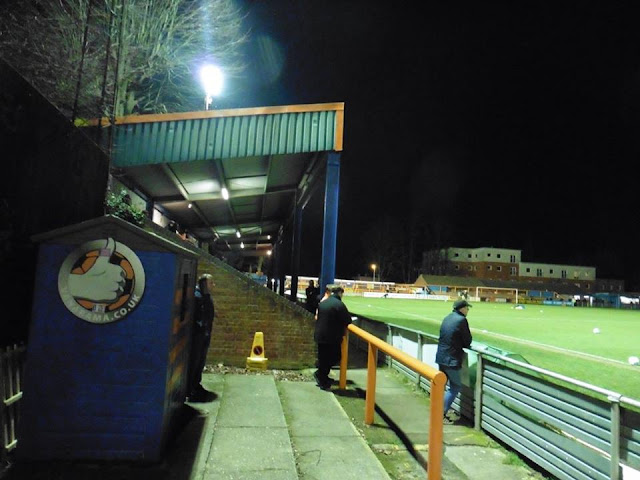 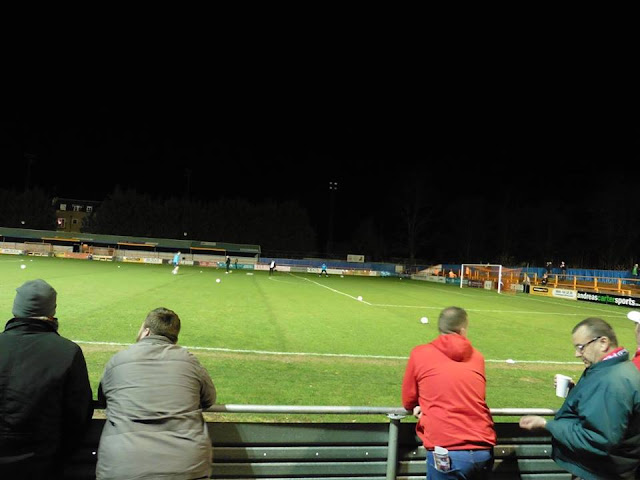 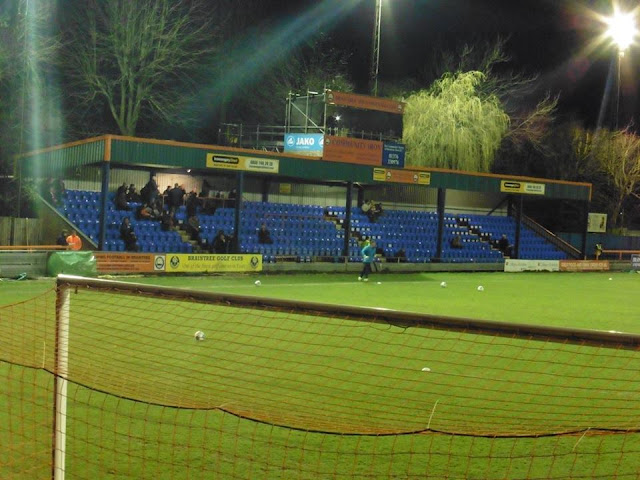 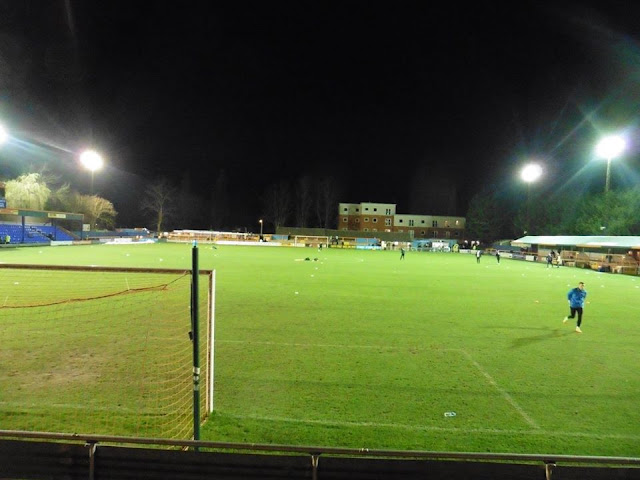 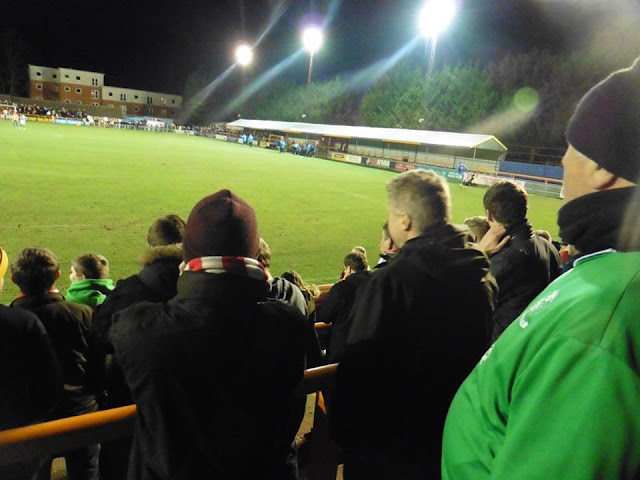 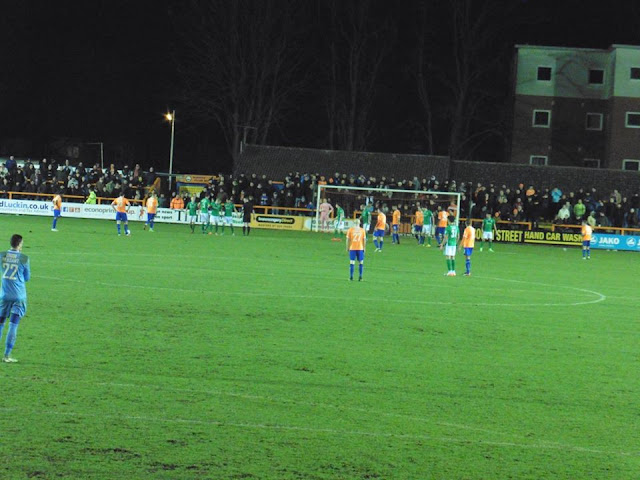 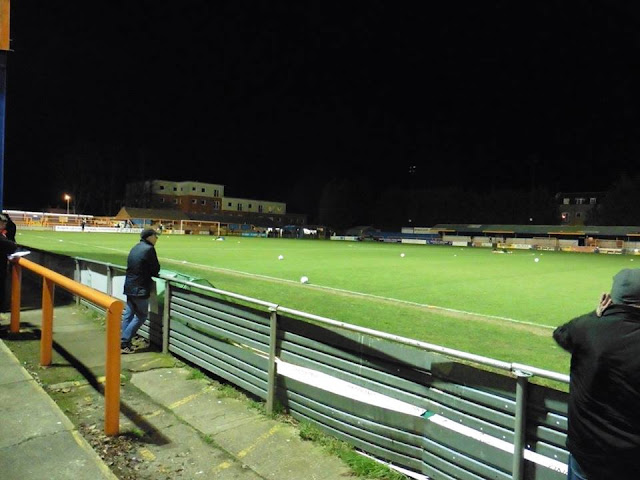 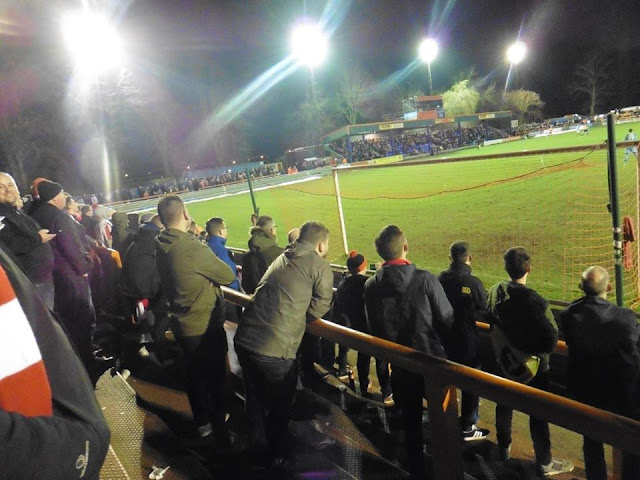 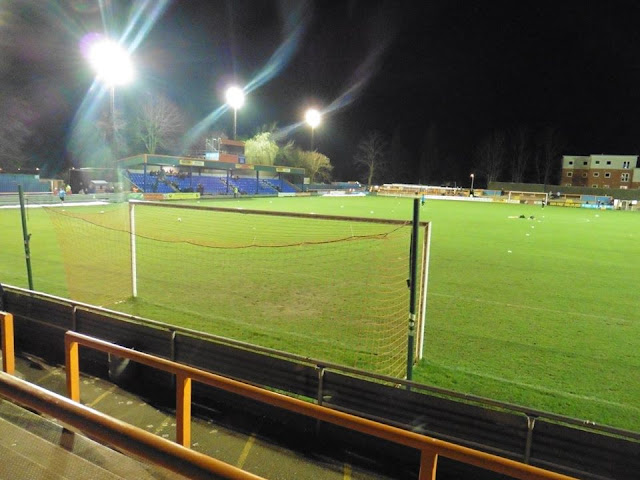 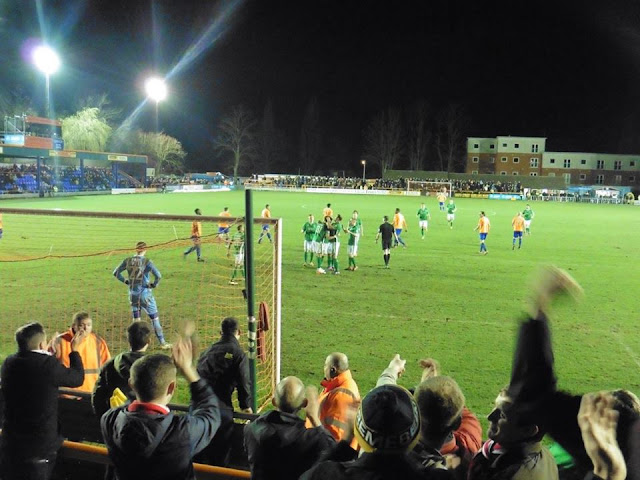 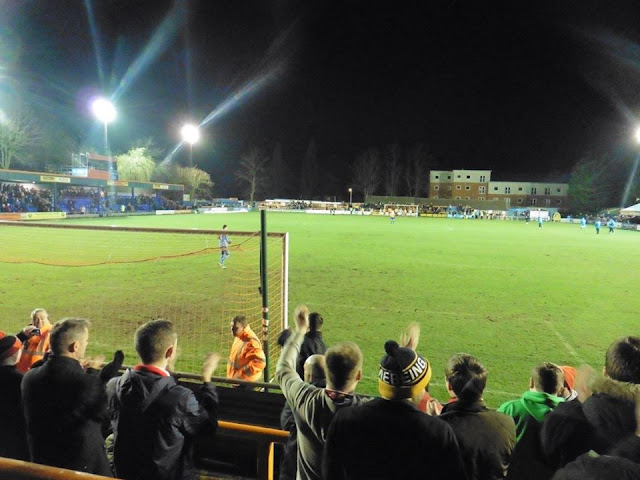 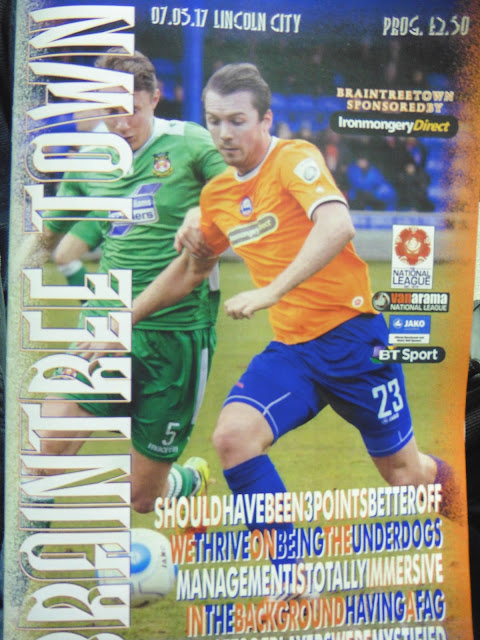 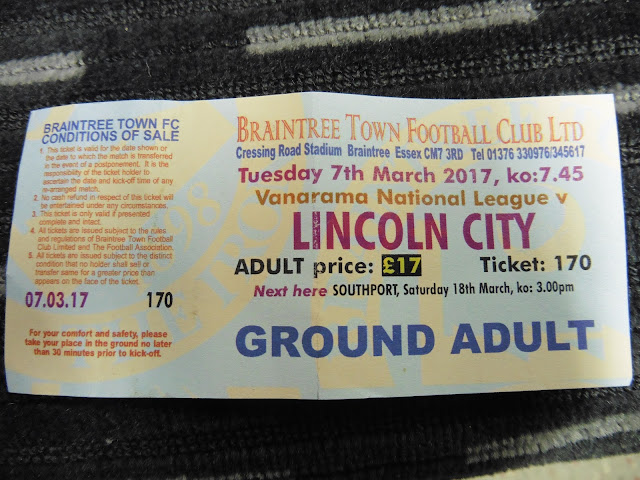 Posted by Football Grounds at 15:30