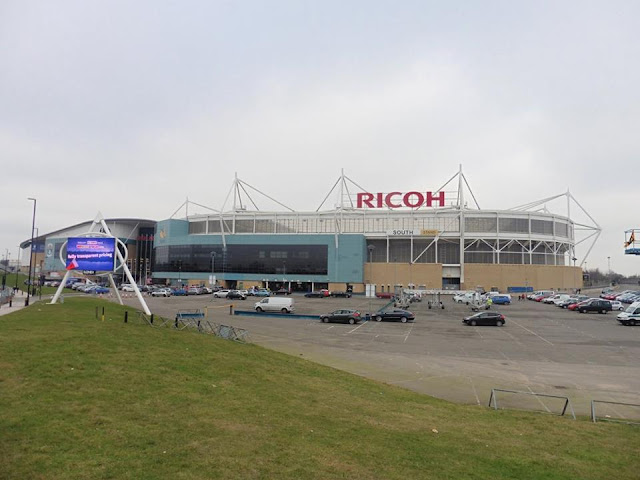 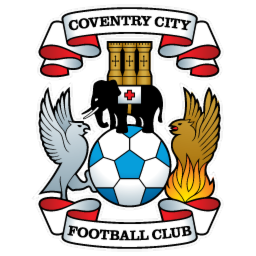 HISTORY/FACTS ABOUT THE SKY BLUES: 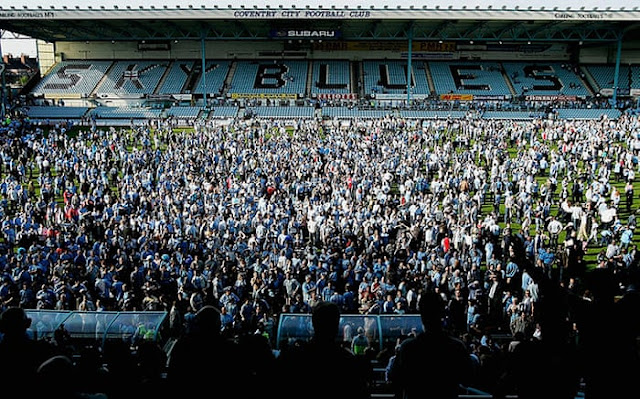 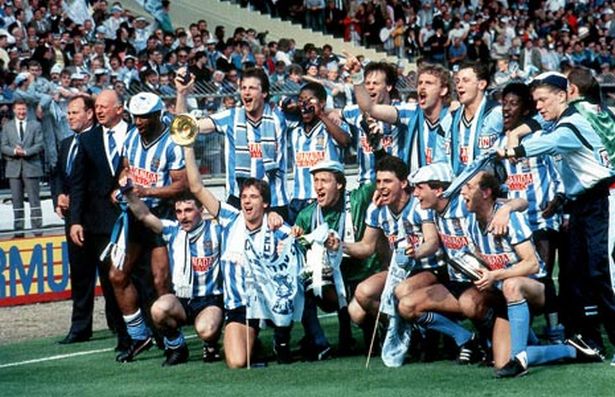 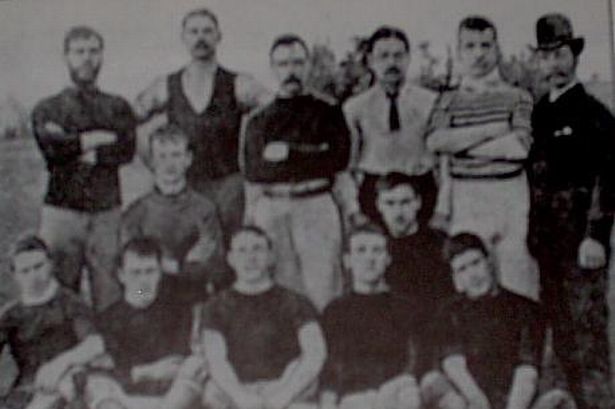 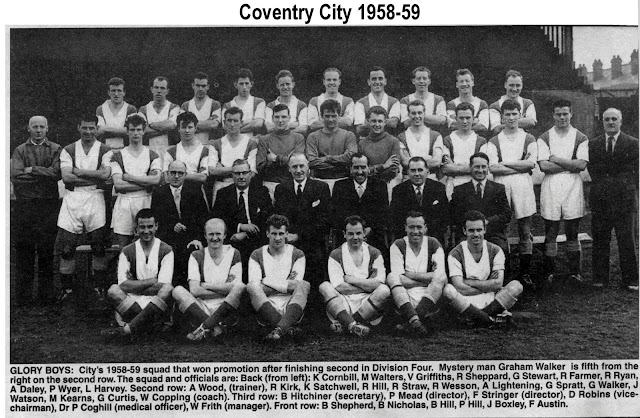 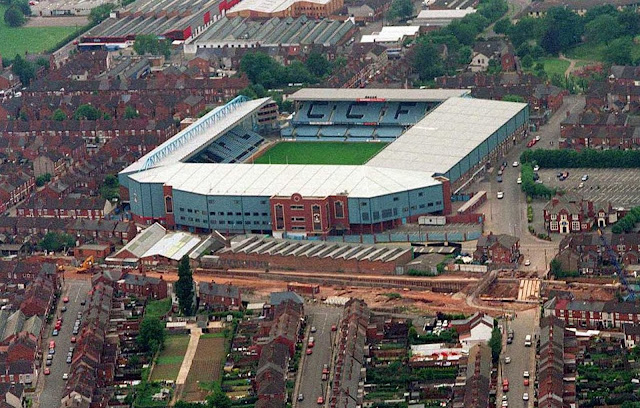 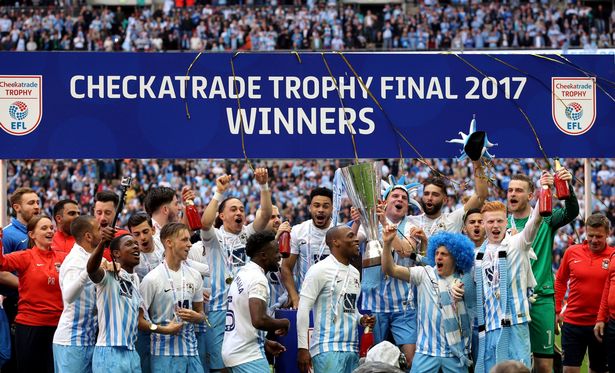 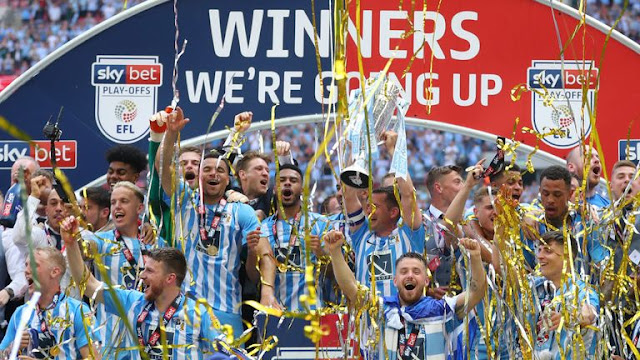 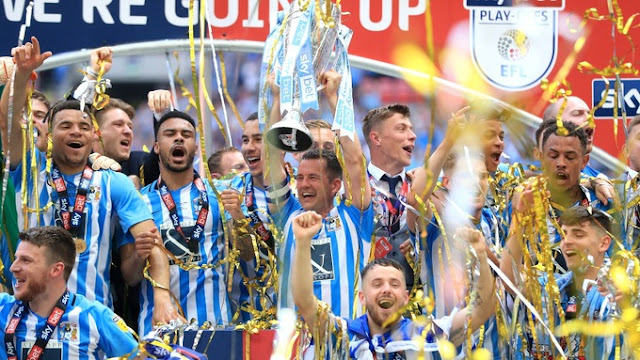 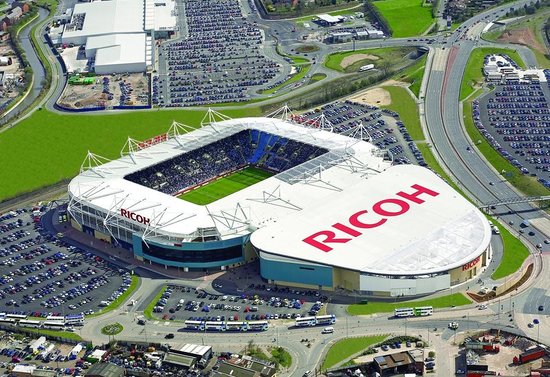 
My 1st visit to The Ricoh Arena came in 2014. It was Coventry City's return back to The Ricoh after spending a season groundsharing at Northampton Town's Sixfields, it wasn't long before they announced an agreement to move back to The Ricoh was sorted and of course their 1st game back at The Ricoh was against The Gills, so of course it was a no brainer. Annoying thing was because it was the 1st game back there, it was on Sky TV, which saw the game get moved to a Friday night. Luckily I managed to shift swap at work so I was able to go with no problems. I went by coach to The Ricoh as it was a lot easier at the time, plus with the recent new train stop outside the ground, at the time there wasn't a railway stop. We lost 1-0, typically the winner coming from an ex Gills player at the time Frank Nouble getting the winner. The Ricoh Arena currently holds just over 32,500. It is a fantastic stadium to visit as well.


Well where do I start? Another shambolic performance once again by Gillingham which sums up our season. Heading into this game, we hadn't won since December which was against Milton Keynes at home and Coventry who are bottom haven't won since November in the league which was against Chesterfield. Heading into this game I was feeling a bit confident that we would get a result at Coventry but of course this wasn't the case. But anyway, onto my visit, I left home just before 8am, and got into Coventry by 11. I wanted to get to Coventry a bit early as I wanted to go and visit Highfield Road, the former home of Coventry and take a look round and take some pics. (below) 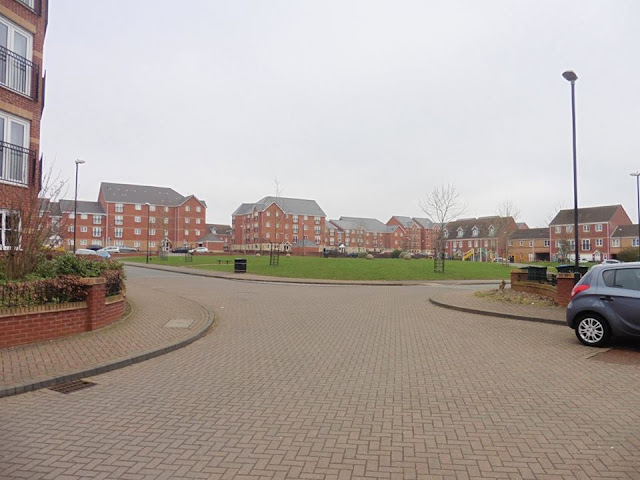 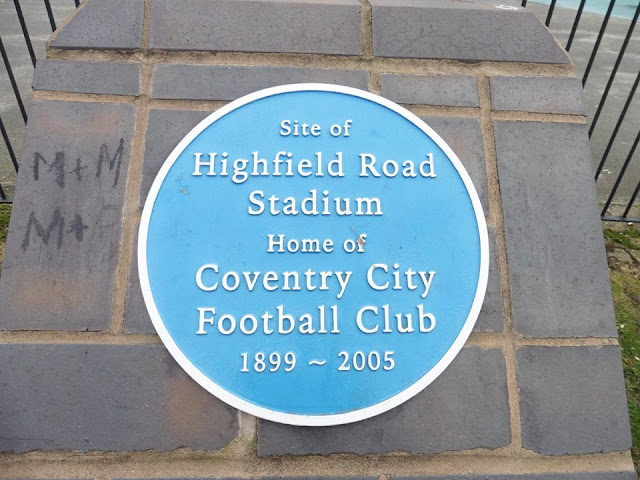 I thought it was quite nice with the plaque in the picture above, always nice to see former grounds aren't forgotten as the previous grounds that I have visited, some of them don't have anything to remember them which is a shame I think as there is a lot of history that happens. I do hope Priestfield will be remembered if Gillingham ever do leave Priestfield. Anyway, after visiting Highfield Road which was there, I then made my way into town and after putting on some bets and grabbing a bite to eat, I went back to the station. It was either a taxi to the ground or a train as I have heard they only run 1 an hour to The Ricoh with only 1 carriage trains, but thought stuff it I'll chance it. Luckily the train I caught, the 1.42 train was 2 carriages and hardly anyone on it. So I got to The Ricoh just before 2 and went straight into the ground. Again I've already expressed my feelings on the game, shame the football ruined it but was a fairly good day. After the game I did hear something about the first train back into Coventry was 6.28 but after checking the train times on my phone every now and then at the game, luckily the 5.28 was running, so thought instead of forking out for a taxi, got a train back to Coventry and then left just after half 6. Eventually got home just after 9.

The Ricoh Arena has been the home of Coventry City since 2005 after leaving their previous ground Highfield Road which was their home for 106 years. A dispute between the club and Arena Coventry Limited saw the club their "home" games at Northampton Town's Sixfields Stadium from 2013-2014, with the club returning to the Ricoh on 5th September 2014, funnily enough against Gillingham. It is also home Wasps Rugby and Wasps Netball. The Ricoh Arena has a total capacity of 32,609 with away supporters allocated in one side of the South Stand of which around 3,000 supporters can be allocated up to. The ground now has it's own train station called Coventry Arena which is located by the ground, although annoyingly there are only 1 an hour trains to there from Coventry main station. Other than that it might be best to get a bus or taxi to the ground. 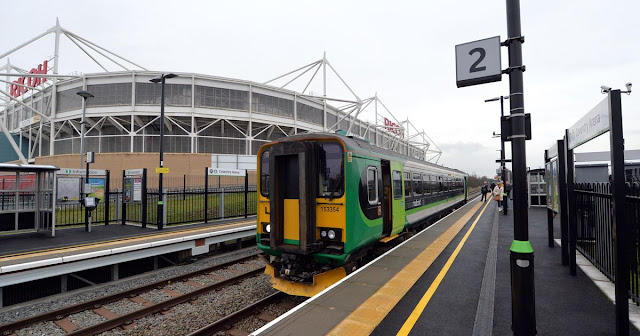 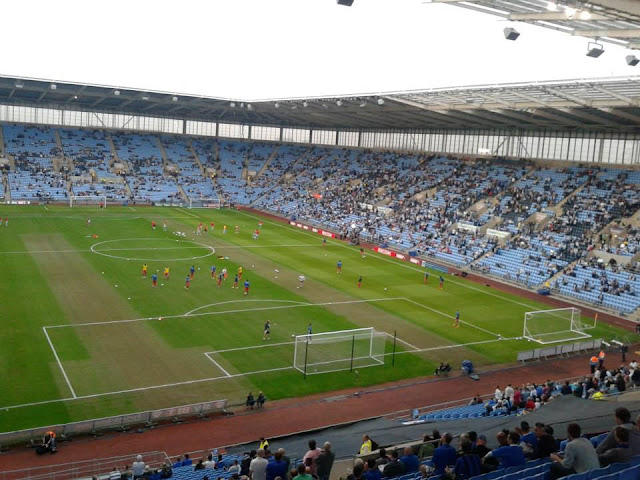 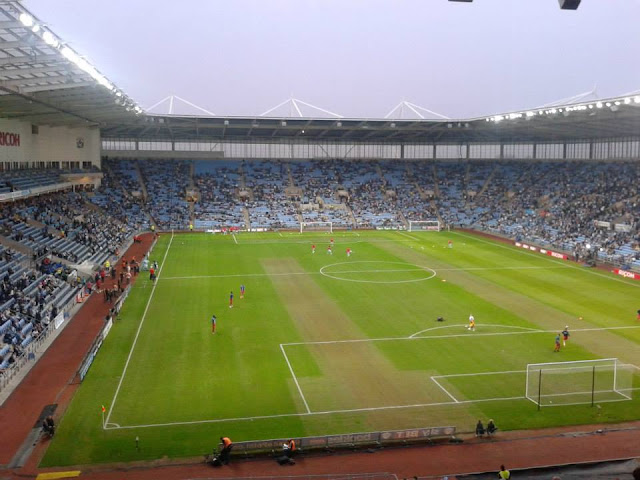 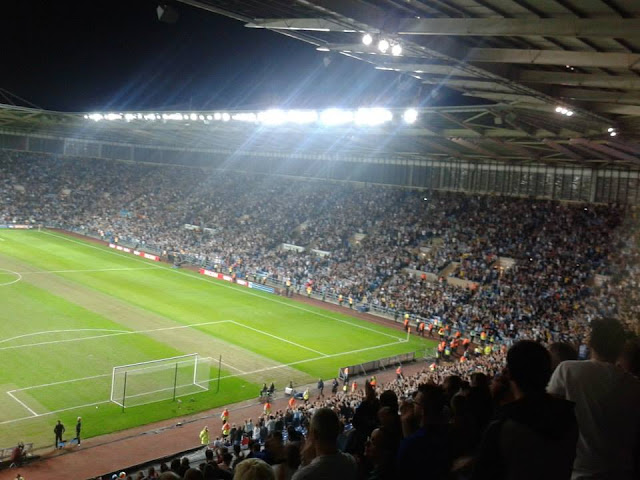 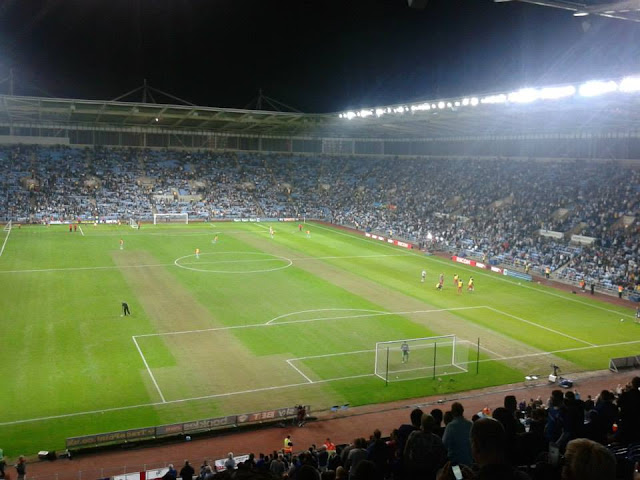 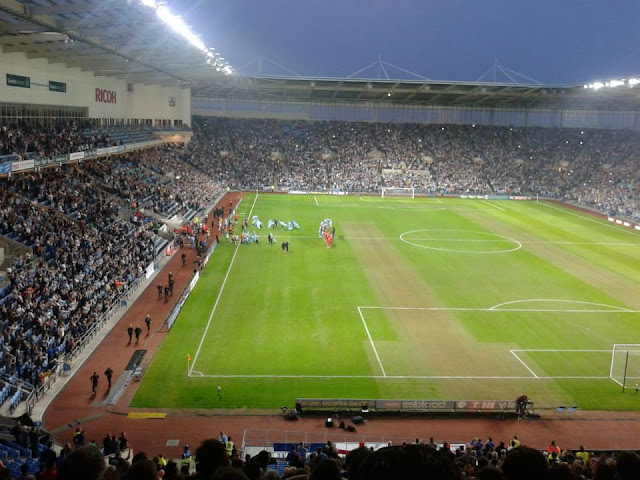 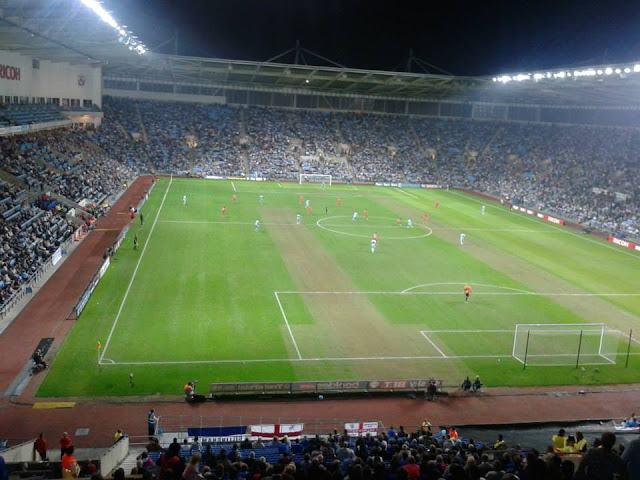 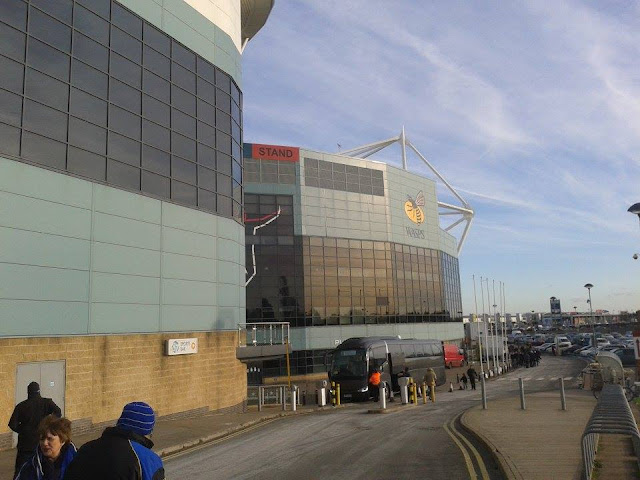 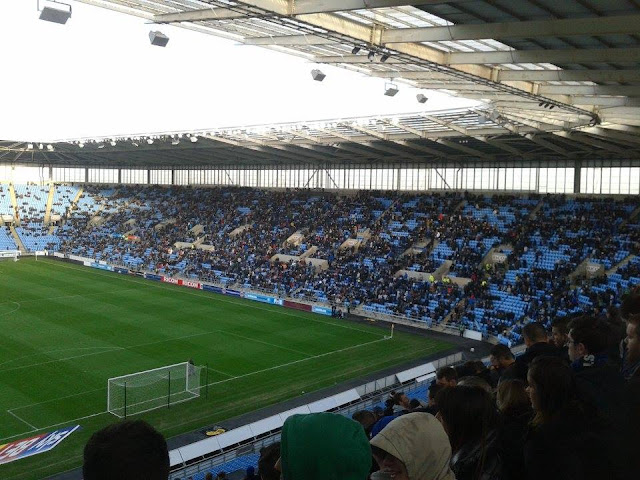 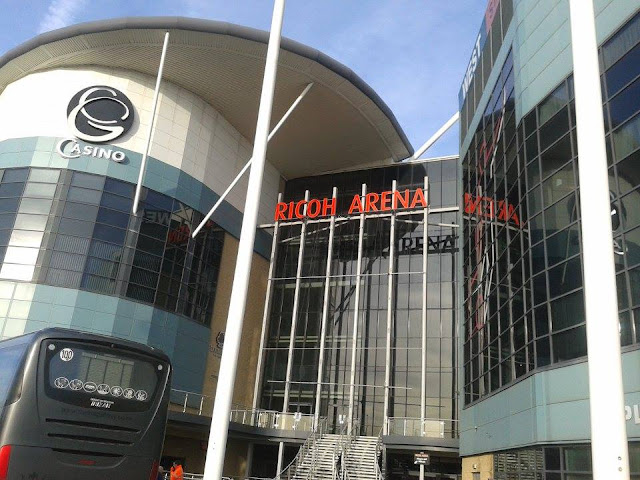 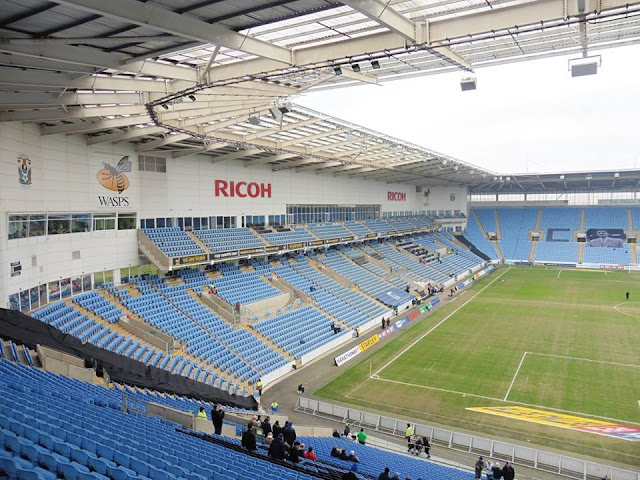 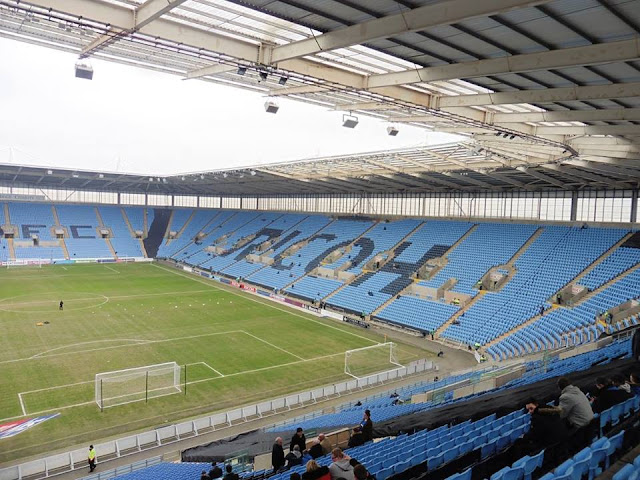 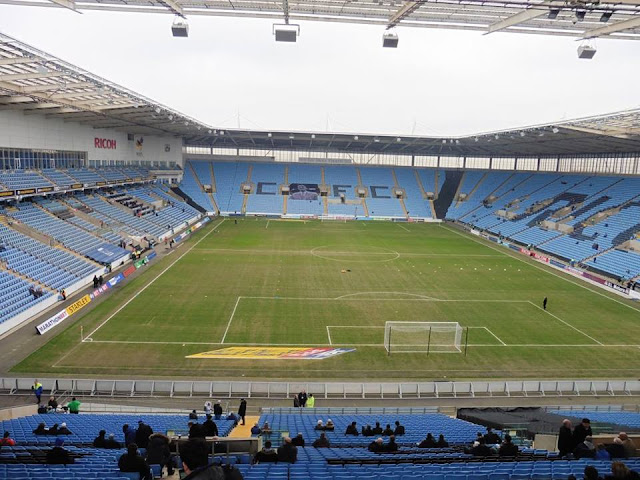 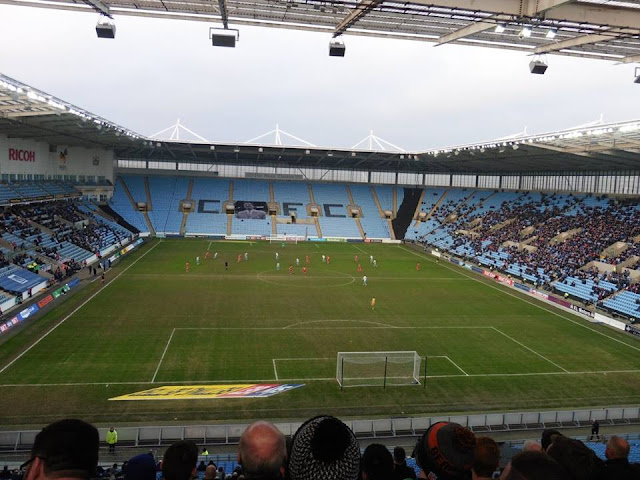 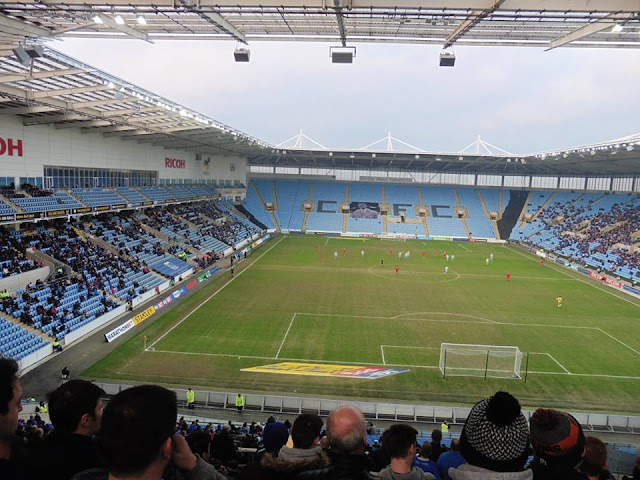 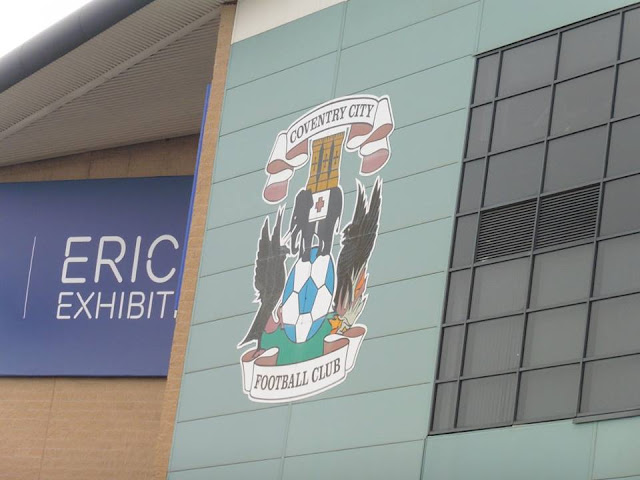 Posted by Football Grounds at 17:11