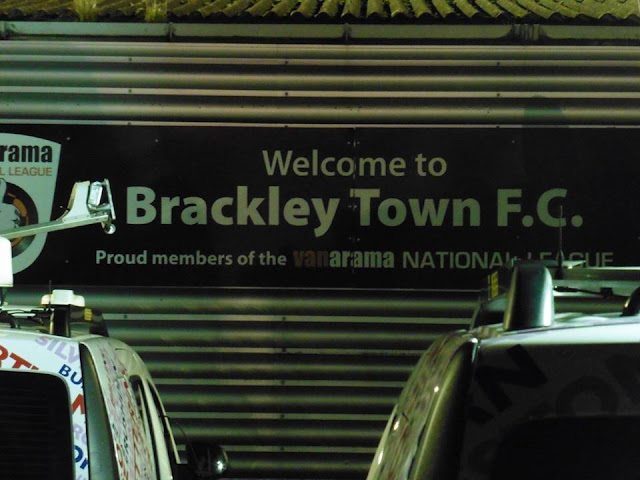 Well my first visit to St James Park I was actually debating whether to go or not after Gillingham drew the original tie at home against Brackley, and in a way it was lucky as it happened to have fallen on the week England were at home to Spain as I had a feeling it would be on the same night as the England game as I had already tickets with my mate Dave for another visit to Wembley. But after hearing the game was on the Wednesday, it was a choice of just going to Wembley on the Tuesday and missing Brackley or doing both. So after thinking, I thought stuff it why not. New ground off the list, plus the only Conference North side I have ticked off was Gloucester as they currently share with Cheltenham Town. Wasn't a bad price either for the ticket, £12 which I was more than happy with. Anyway the day came about, I left home around half 1 and got to the ground around half 2 after doing a couple of bits in Maidstone beforehand with Dad. Left on the coach just before 3. After hearing a few mates were also going to the game, I was quite looking forward to it. After leaving at 3 on the coach, a pit stop on the way at Oxford Services for around half an hour, didn't really do much there as there wasn't a lot there. Well there was KFC and Burger King but didn't fancy either. Anyway eventually got under way and got to Brackley around 6.15. Was thinking about going for a quick pint there but decided against it and took a couple of pics outside the ground and went straight in. Was quite impressed, felt very welcome by the Brackley staff as we went in the ground and a good chat with a couple of them. Even the steward outside the ground who was an Exeter fan which took me a bit of surprise, Exeter to Brackley is some distance haha. Anyway took some pictures, I quite liked the ground in some way. A proper non league ground. Anyway I won't say too much about the game itself again as lately on my blogs I just keep repeating the same thing which I do find quite boring but apart from that, the night was a good night in general, certainly a good laugh. Always nice to see good mates at Gills especially Hawko, Cruttwell, Barnsey, Colman and everyone, was in stitches for half the night. How Cruttwell didn't get chucked out I'll never know but that's another story! Anyway, seeing Gillingham get dumped out of the FA Cup but non league opposition again didn't surprise me, and by the same club that dumped us out 3 years ago which is embarrassing. Nothing to take away from Brackley, they were the better side and good luck to Brackley in the next round. Well after getting dumped out of the cup, I eventually got home at half 1am, was a good night out bar the result. 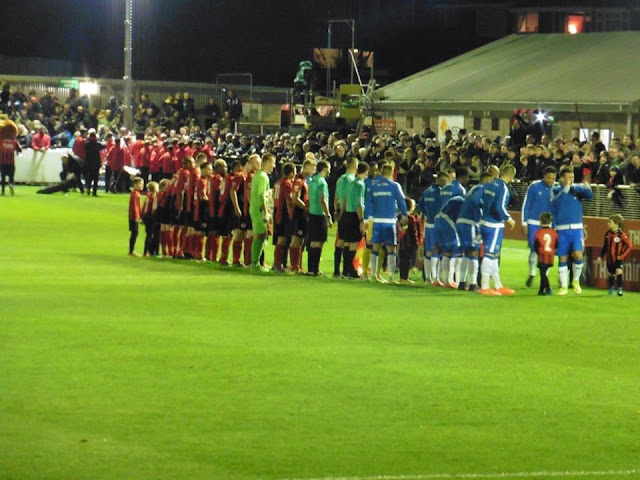 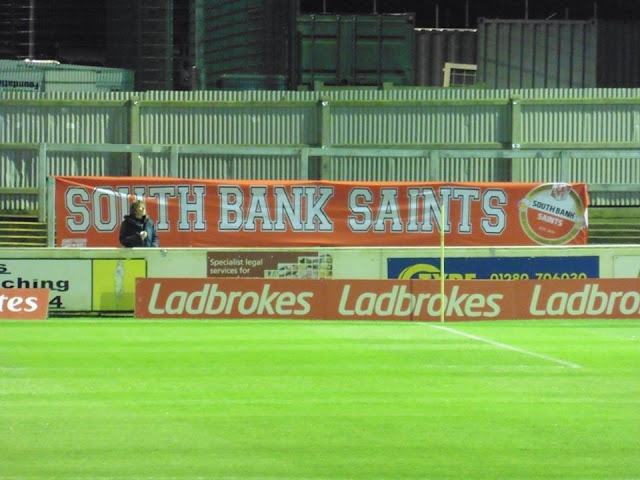 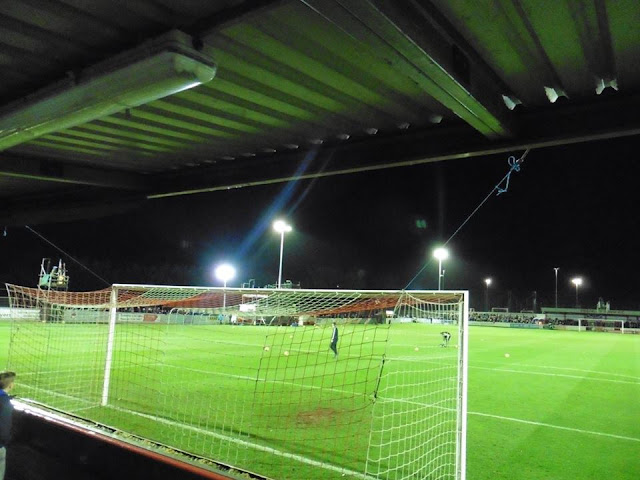 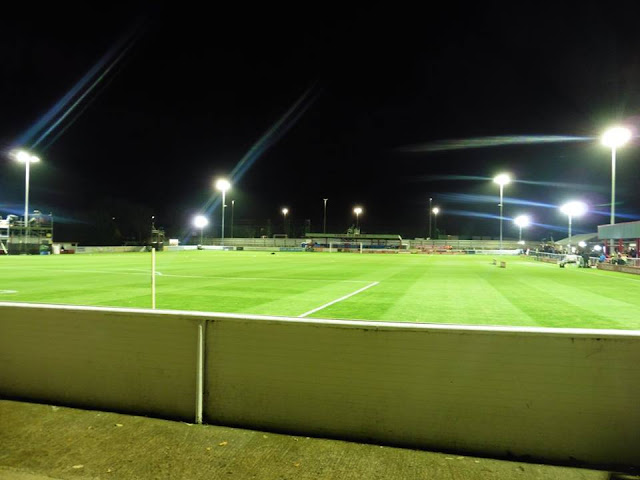 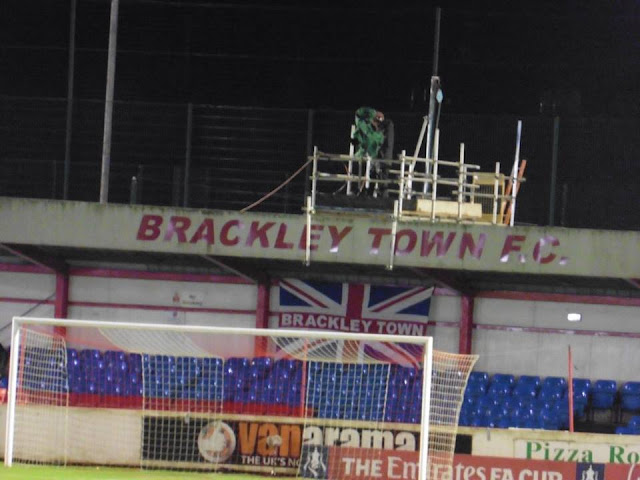 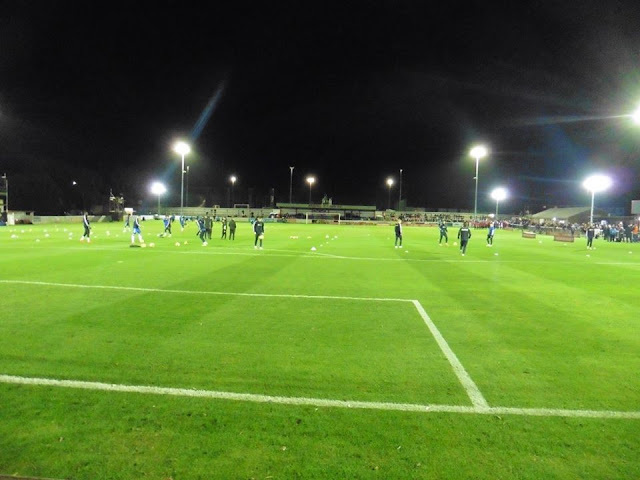 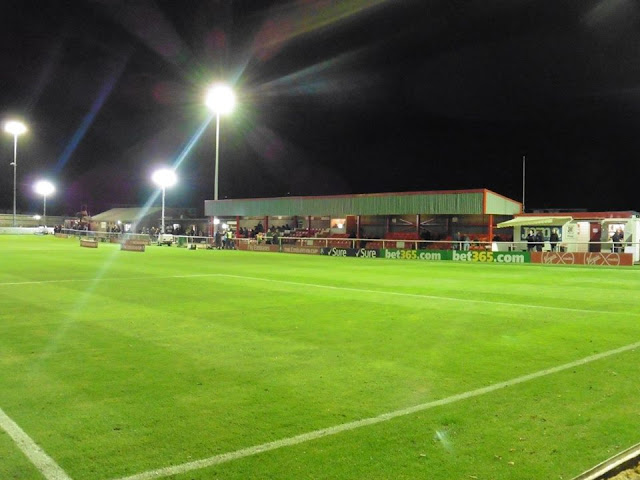 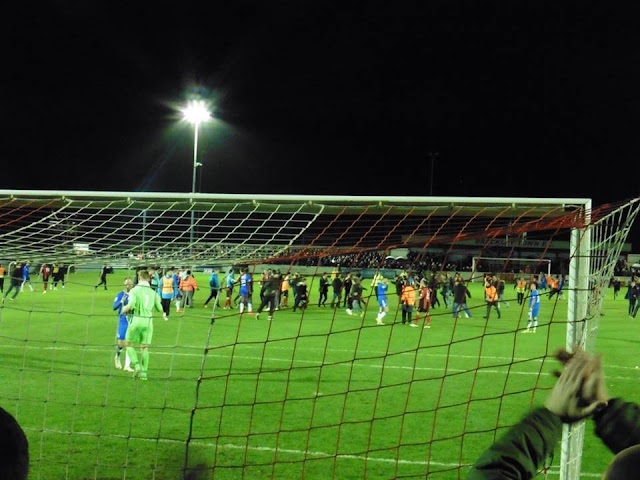 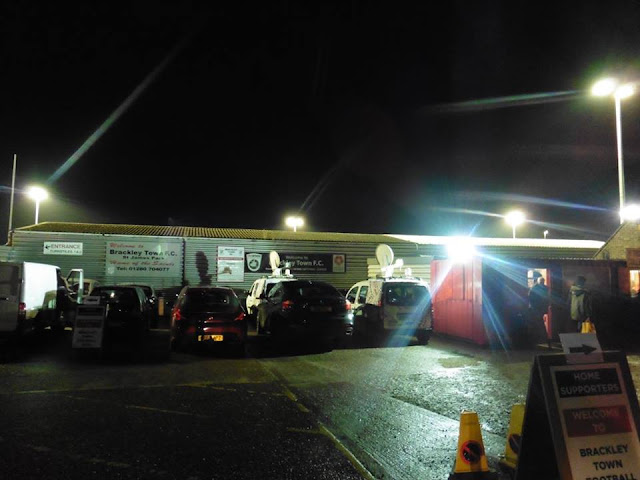 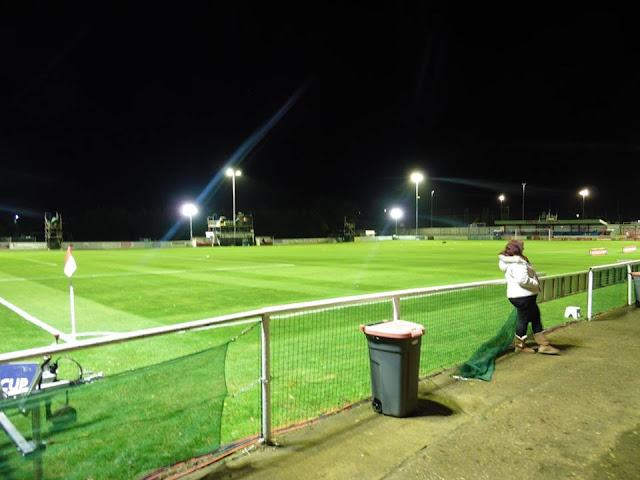 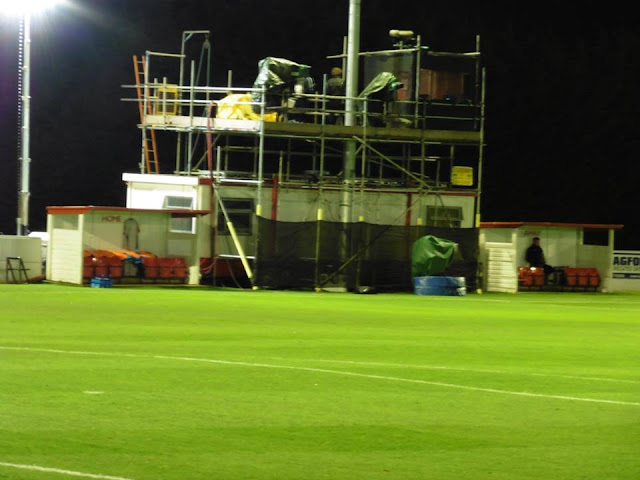 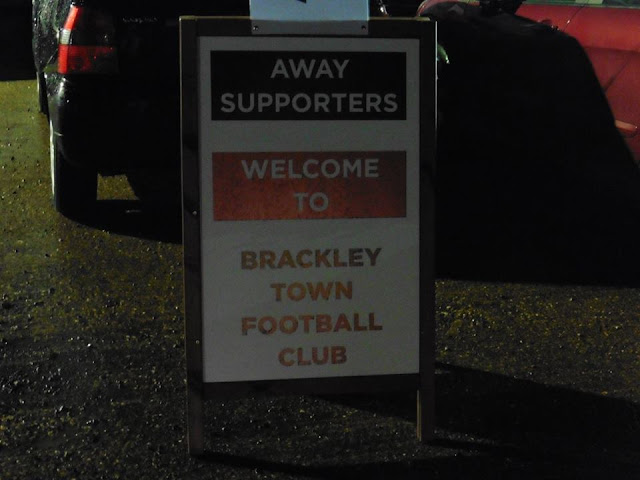 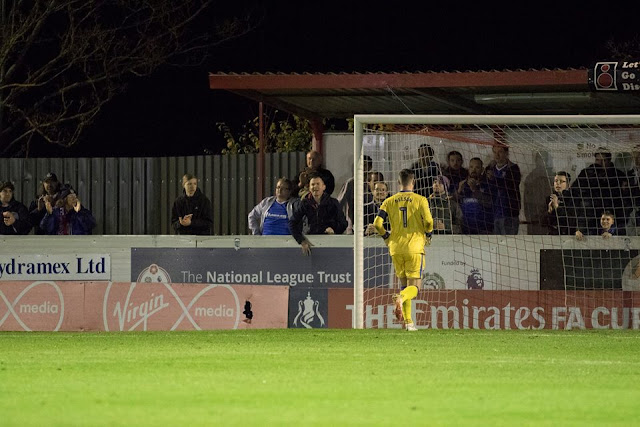 Can see me through the goalmouth at Brackley.

Posted by Football Grounds at 15:04