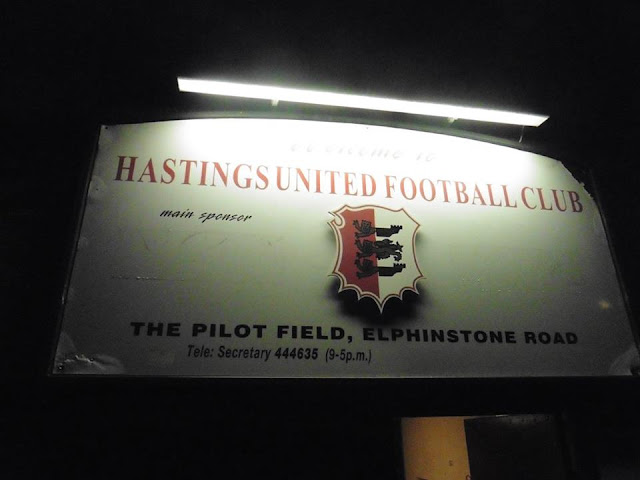 BRIEF HISTORY/FACTS ABOUT THE U'S:

Hastings United Football Club were formed in 1894. They were formed as Rock-a-Nore FC. The club played in the local leagues for many years until 1921 when they merged with All Saints and became Hastings & St Leonards Amateurs. They then joined the Sussex County League until 1927. Later on in 1952, the club re-joined the Sussex County League and played there till the 1984/85 season. In 1985, the old Hastings United ceased trading, Hastings Town applied for membership of the Southern League Premier Division though following objections from another club were admitted into the League's Southern Division. In the 2012-13 season, the club had it's highs and lows. Their high being reaching the 3rd Round of the FA Cup for the 1st time in the club's history. Along the way, they beat Chatham Town, Staines Town, Hitchin Town, Blackfield & Langley, Bishop's Stortford and Harrogate Town to set up a 3rd Round draw away at Middlesbrough. Sadly the team lost 4-1 at The Riverside Stadium but the team did themselves and the fans proud. Sadly after that, the club didn't win a game 3 months later and contributed on getting relegated that season. The club have been playing at The Pilot Field since 1985. The old Hastings United had been playing there before from 1948-1985. The ground's record attendance is 4,888 which was against Nottingham Forest in 1996 in a Friendly. The club play in Claret and Blue with White Shorts and Socks.

The town of Hastings in East Sussex, is probably well known for the Battle of Hastings which happened in 1066. It's probably one of the most popular seaside resorts in the South of England, and is a fishing based place. I've been visiting Hastings the place for many years since I was a kid, especially going in the amusements and the rides, always good fun. Many famous people well known that come from Hastings, are famous names such as footballer Gareth Barry who was born in Hastings. Also names such as Actress Amanda Burton, Comedian Jo Brand, Snooker player Mark Davis, and Joanna Lumley who went to school in Hastings. 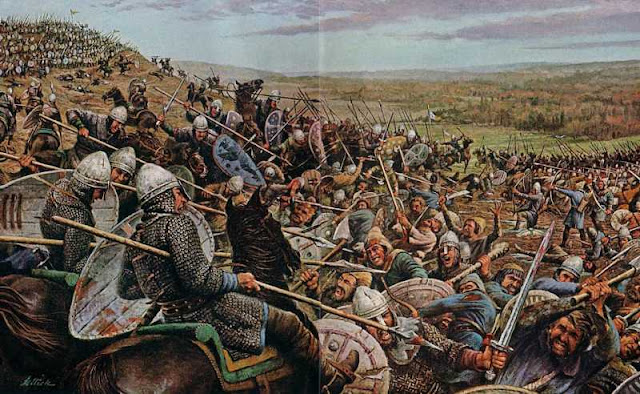 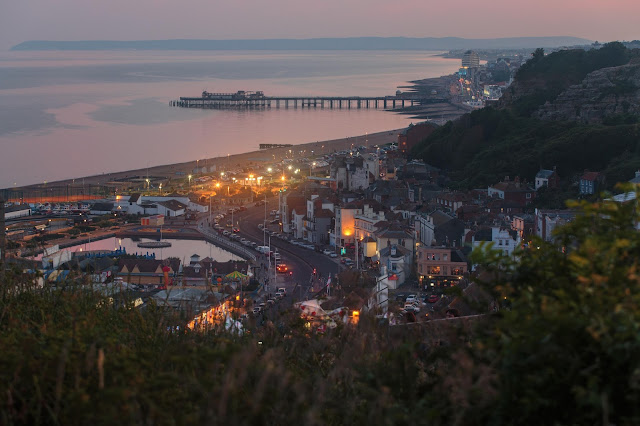 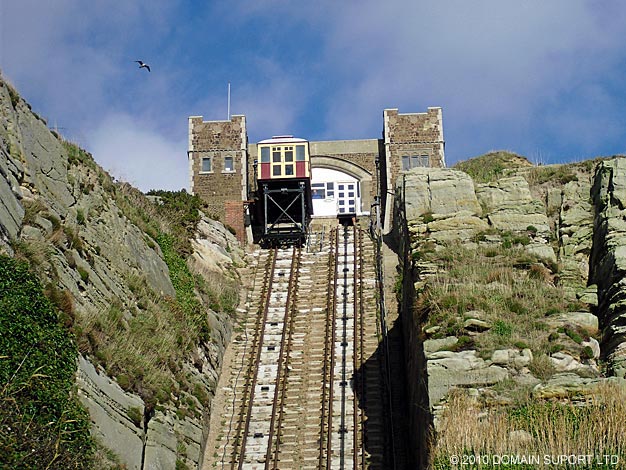 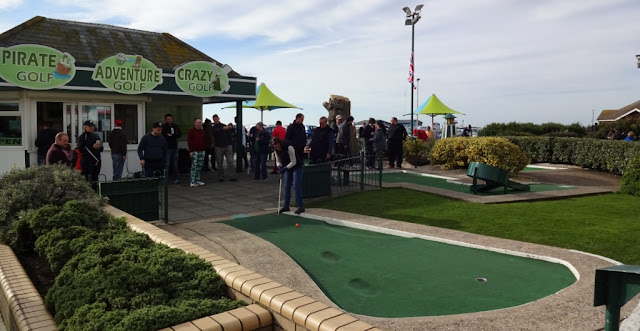 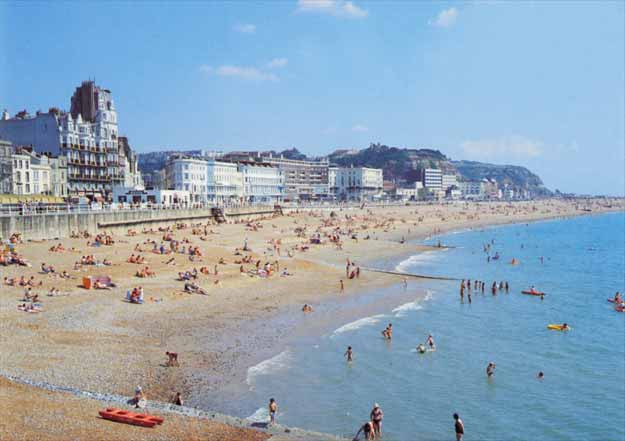 The Pilot Field has been home to Hastings United since 1985. It was previously home to the old Hastings United who played there from 1948 to 1985. It was also home to the Hastings Saxons who were a British Motorcycle Speedway team from 1948 but they closed a year later. The Pilot Field holds 4,050 with 800 seats. The only seating side is the main stand which is on the side of the pitch, from there you can get a great view of the pitch. Hastings station is approximately a 30 minute walk from the ground, although I hear Ore station is closer but not many trains run from there. I walked from Hastings station and it took me a good 30 minute walk, bearing in mind there are hills along the way.

MY 2ND VISIT TO THE PILOT FIELD:

My 2nd visit to The Pilot Field was one I was really looking forward to. My 1st visit was many years ago when I was still a kid, all I remember is that it was a Pre-Season Friendly between Hastings and Gills, I think we won 2-1, but I honestly can't remember. I can't even remember what year it was, too long ago now. I'm guessing around the 2004 mark, but I may well be wrong. I remember bits about the ground but not much. But yeah I was looking forward to this one, mainly to update the blog as I hadn't had a blog on Hastings, and would be nice to get some pics. After a fairly chilled out day, after leaving home after 5, I arrived into Hastings just after half 6. I arrived to the ground around 7.15pm, took some pictures and made my way to the main stand for the 1st half. 2nd half, I stood behind the goal, to be honest it wasn't the greatest of games except the last 10 minutes or so. Hastings with 1-0 up to the 89th minute, with Thamesmead equalising and late drama as they went 2-1 in the 90th to the win the game. Overhearing a Hastings fan saying same old same old, we can never see games out etc, reminds me of watching Gillingham most of the time haha! Afterwards, I made my way back to Hastings train station, and eventually arriving home shortly after midnight. A good night out overall, nice to re-visit grounds. I would recommend visiting The Pilot Field to Groundhoppers, or mainly to those that love watching Non-League Football, it's a great ground to visit. The Pilot Field was my 30th game of the 2017/18 season. Next game for me is a trip to Yorkshire for my 3rd visit to The New York Stadium, Rotherham on Saturday. 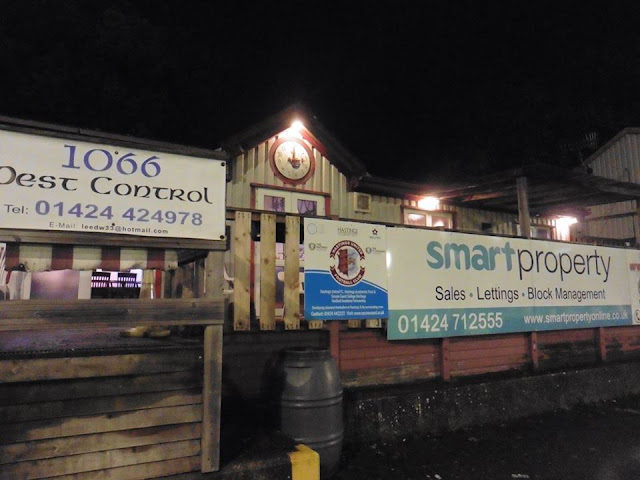 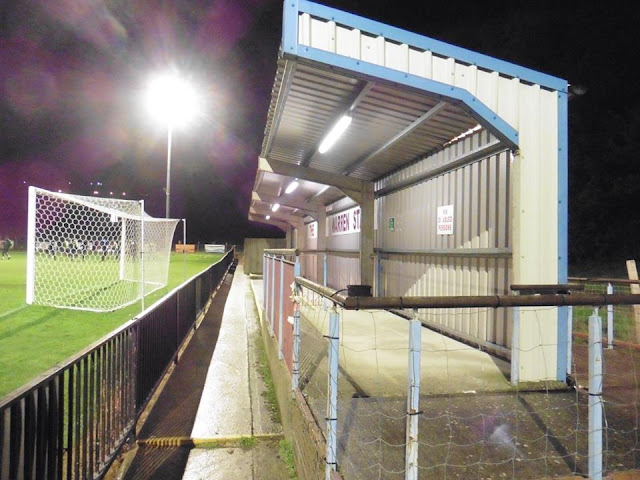 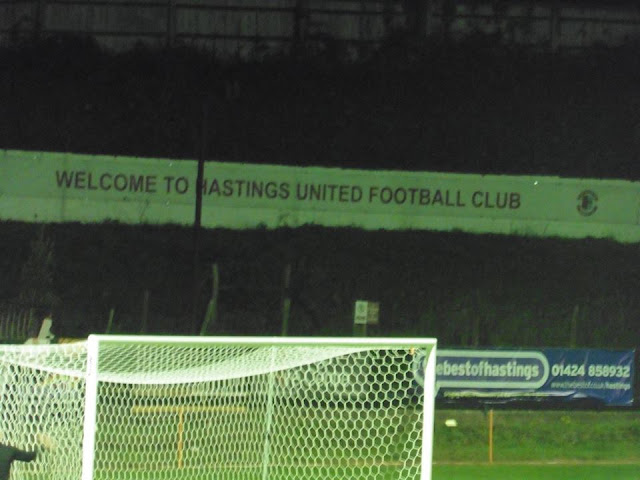 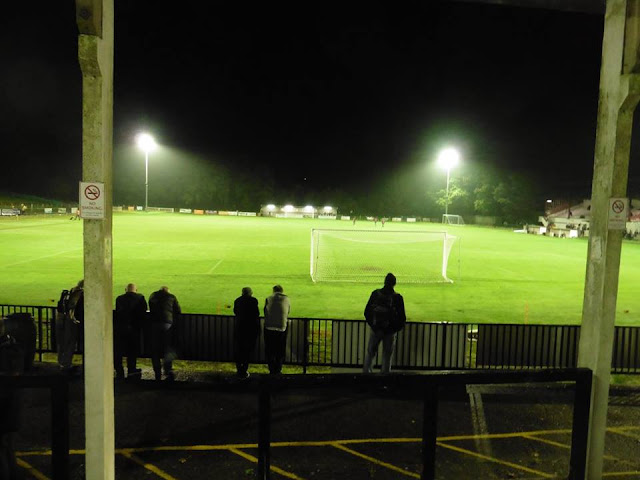 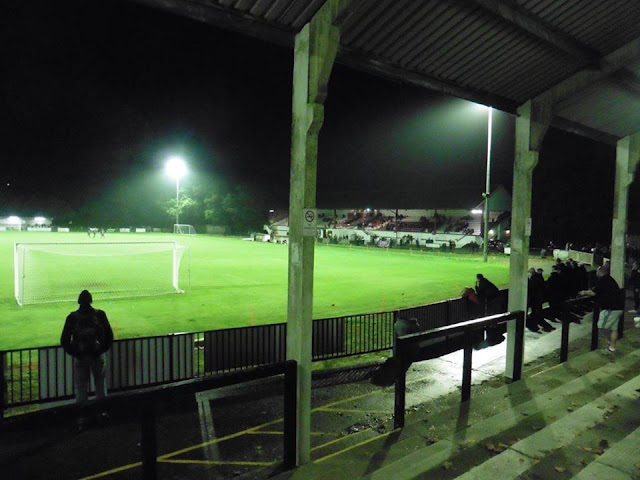 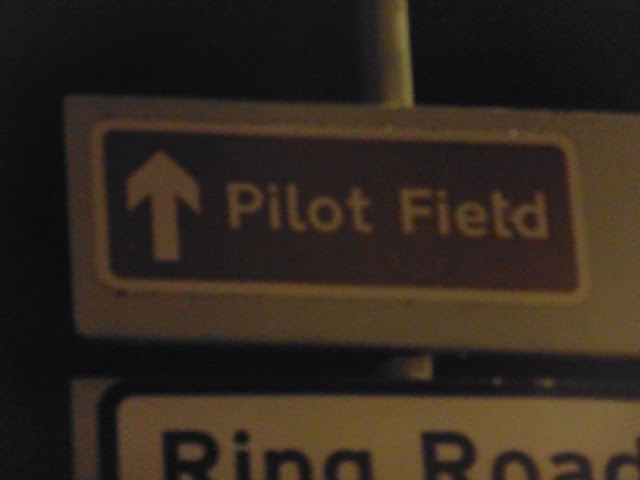 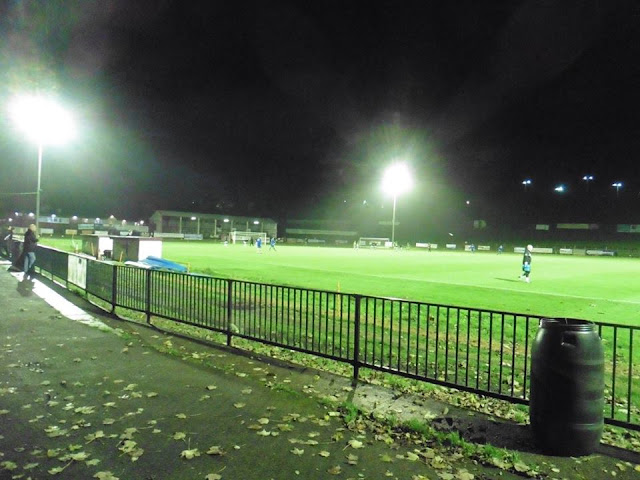 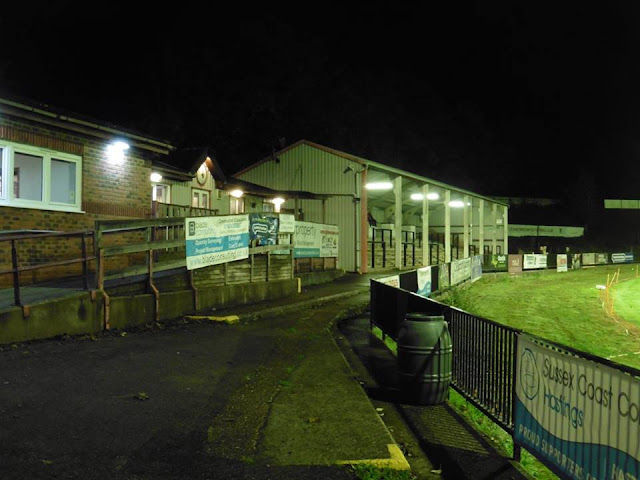 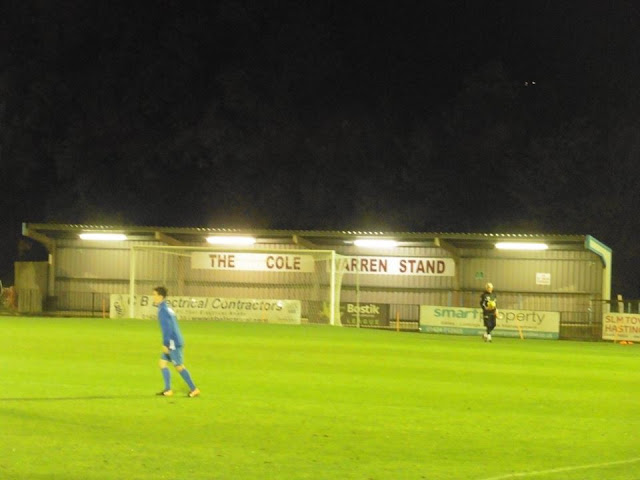 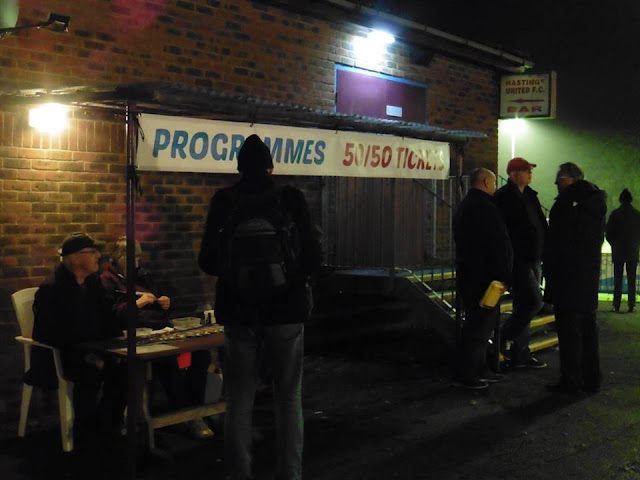 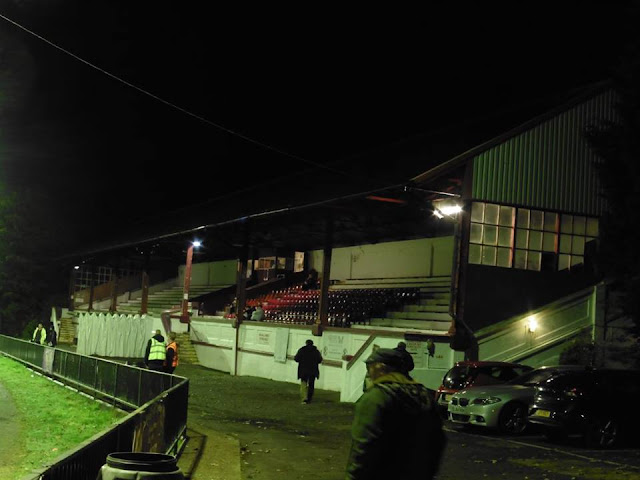 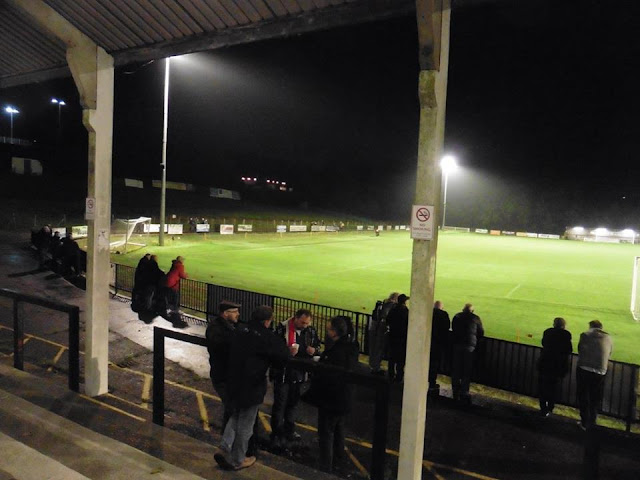 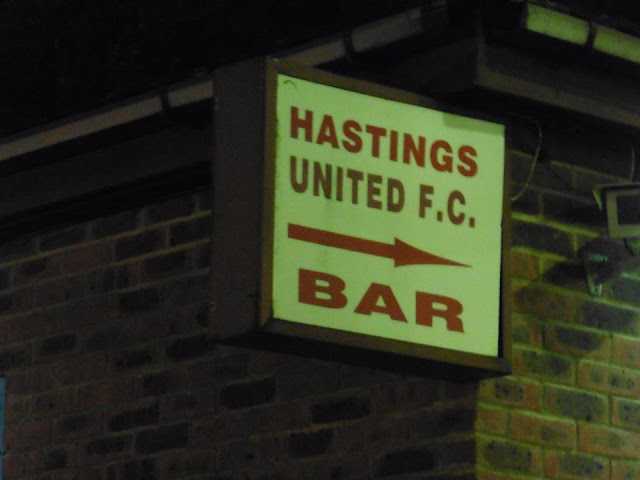 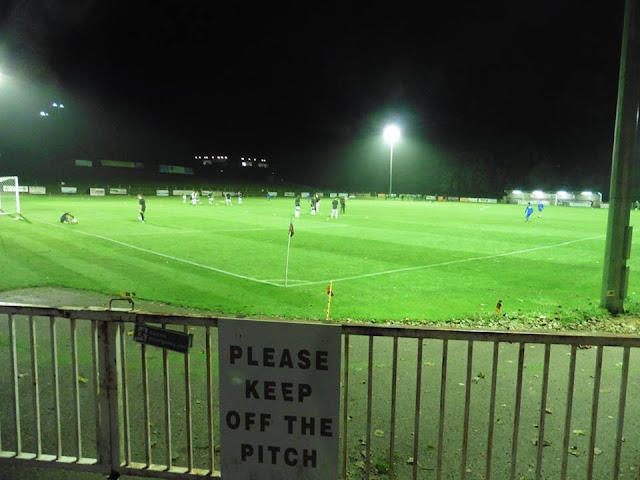 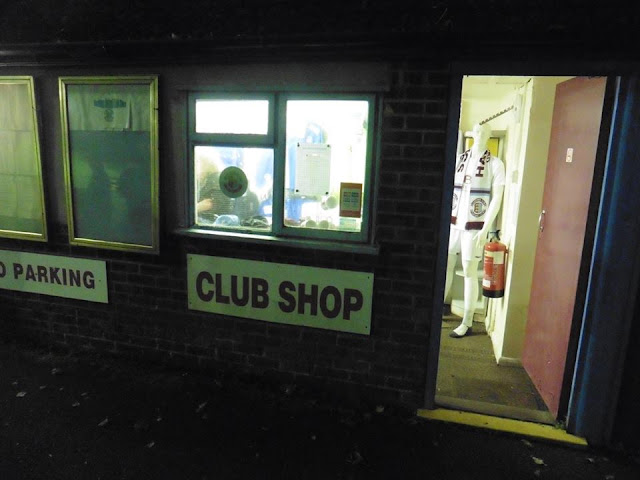 Posted by Football Grounds at 17:21