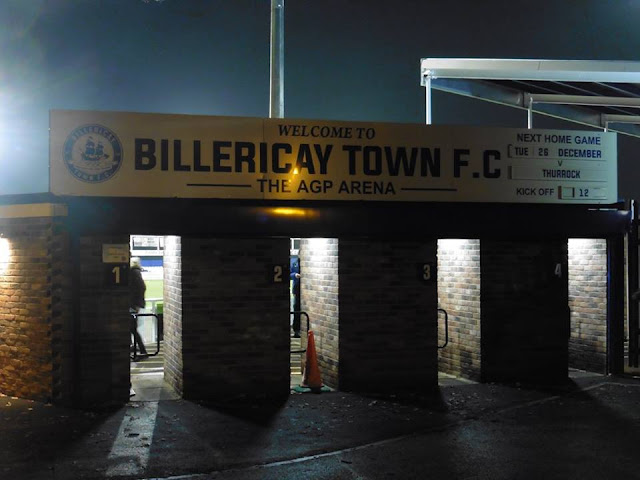 BRIEF DESCRIPTION ABOUT THE BLUES:

Billericay Town Football Club were formed in 1880. They joined the Romford & District League in 1890 which is where the club played until World War I. Later on the club started playing in the Mid-Essex League, winning the Division 2 title in the 1912-13 season. Billericay have won the FA Vase 3 times, in 1976, 1977 and 1979. Billericay did win the Essex Senior Cup in 1976 as they beating Epping Town 3-2 to win the trophy. Since then, the club has had recent success over the years, most recently promotion to the Conference South in 2012, however they were relegated the following season. Since then, the club has been taken over by Glenn Tamplin who has put a lot of money into the club and brought high-profile players to the club, e.g. Jermaine Pennant, Jamie O'Hara and Paul Konchesky.

1ST VISIT TO THE NEW LODGE:

So after a quiet week last week as I took my missus to Winter Wonderland and met up with a couple of her work friends, a week on and it was time to do some Groundhopping again. Although Gillingham were at Carlisle, as much as I would have loved to have gone, it would have been to expensive to go up, stay over, plus match tickets included etc. Plus it didn't sound like I missed much anyway as we crashed out of the FA Cup, which will leave me and other Gills fans a free Saturday in January for FA Cup 3rd Round day. So, with tonight, it was a choice really of either Staines or Billericay. Staines I planned to do on Halloween but after receiving heart-breaking news, in the end I didn't go. I opted for Billericay tonight, would have been interesting to see the likes of Jamie O'Hara, Jermaine Pennant etc, but the only ones I recognised was former Gills keeper Alan Julian in goal, and Jake Robinson up front who used to play for Brighton. Then I did notice Pennant on the bench for Billericay. I arrived to Billericay station just before 7pm, and went in the Fish and Chip shop whilst walking to the ground and bought a portion of chips, which was lovely. I got the ground just after 7pm, only to hear the game has been delayed and will kick off at 8pm due to the Met Police being delayed on getting to the ground with the Dartford tunnel. They probably hadn't have bothered turning up as Billericay overcame them by 3-0. Wasn't as convincing as I thought it would be but Billericay were the better side on the night as they should really as they have spent quite a bit of money. 2 goals for Jake Robinson and 1 for Louie Theophanous got the goals for Billericay. Another reason why I wanted to visit Billericay was The New Lodge has been redeveloped and was done in the Summer this year, I was quite impressed with the ground, a nice tidy little ground it is as well. So, after ticking off another ground, I got home shortly after half 11pm. Next game for me now is a local game on Saturday before Christmas, visiting Rochester United as they take on Hollands & Blair. A good night overall in Billericay. 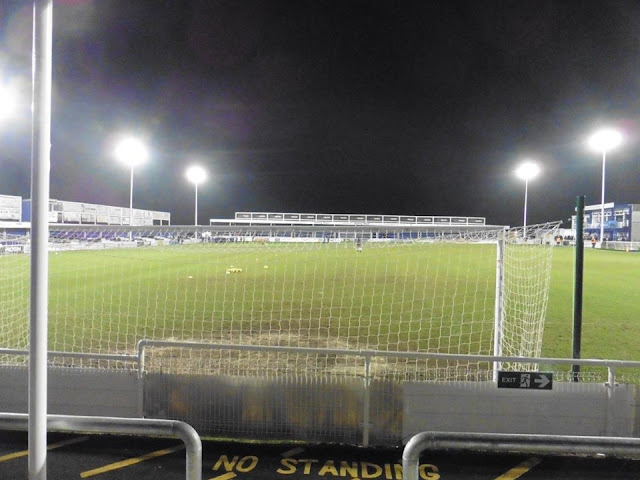 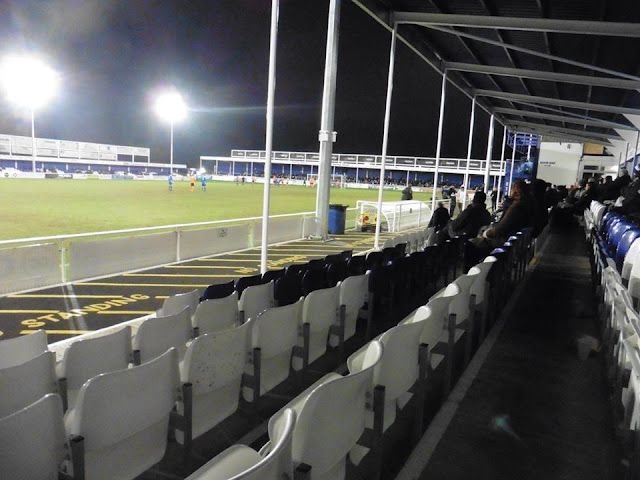 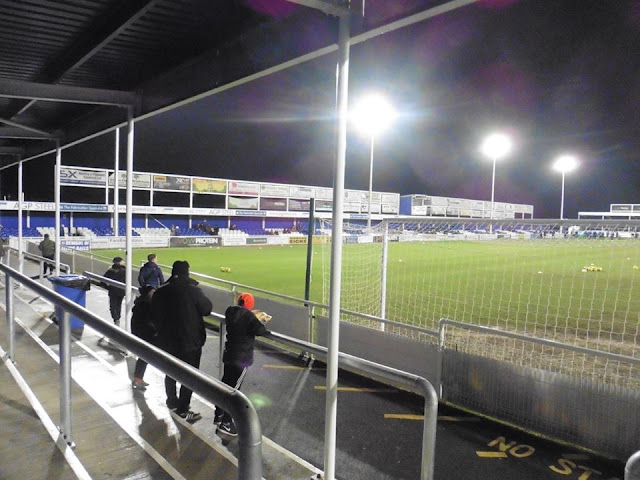 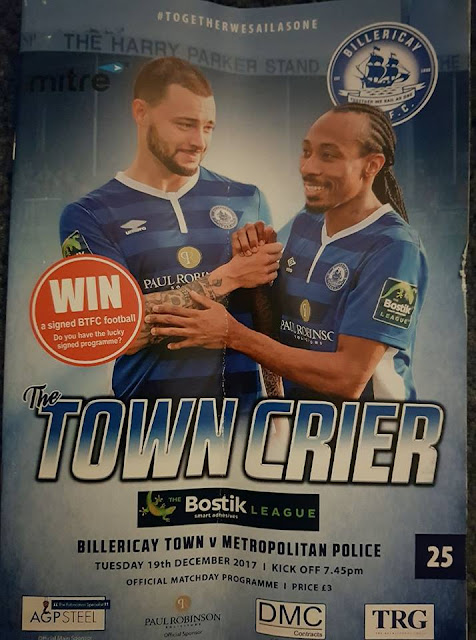 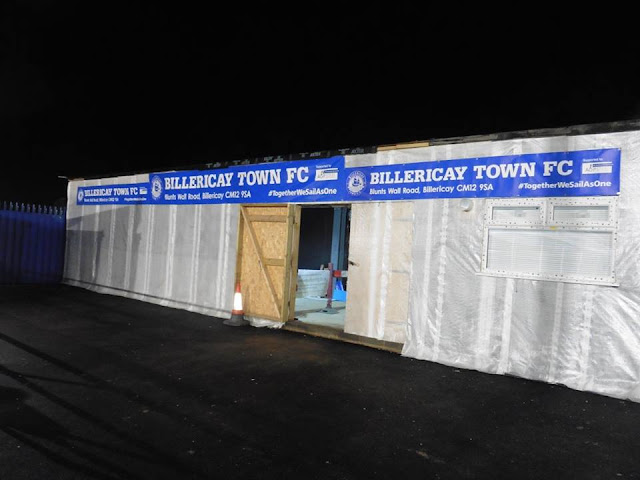 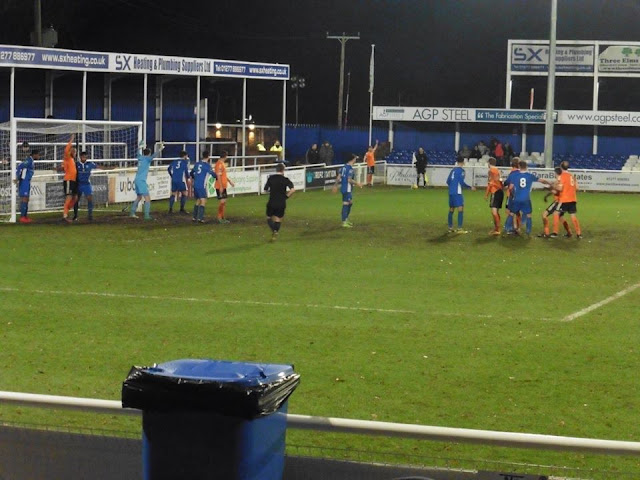 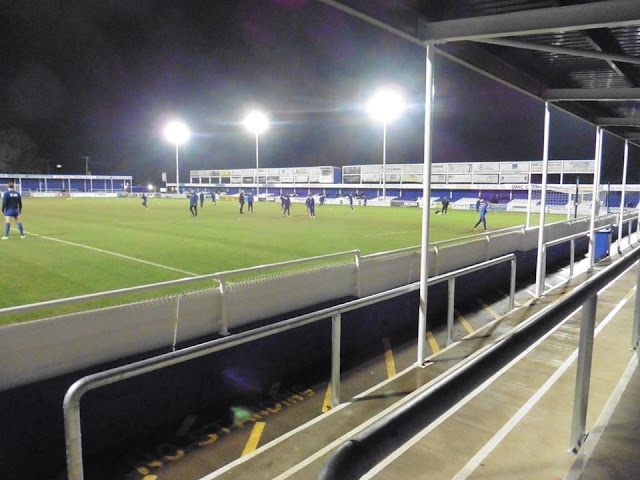 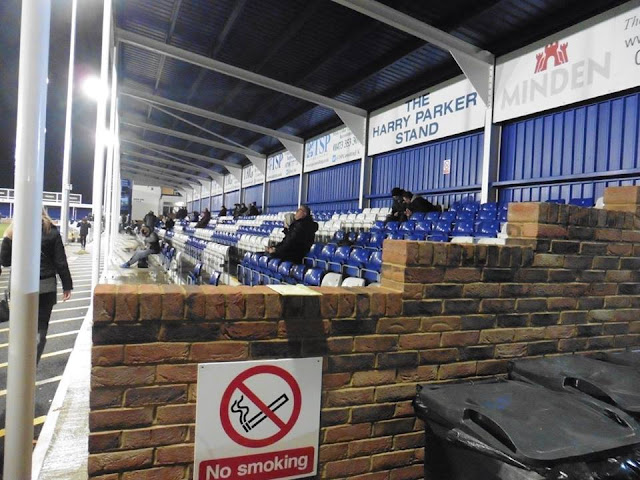 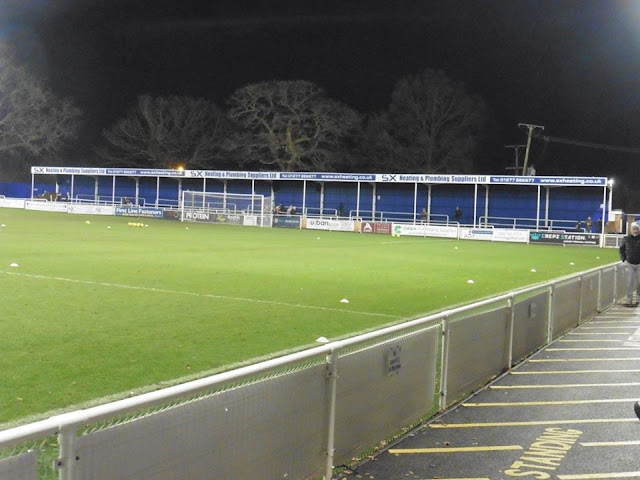 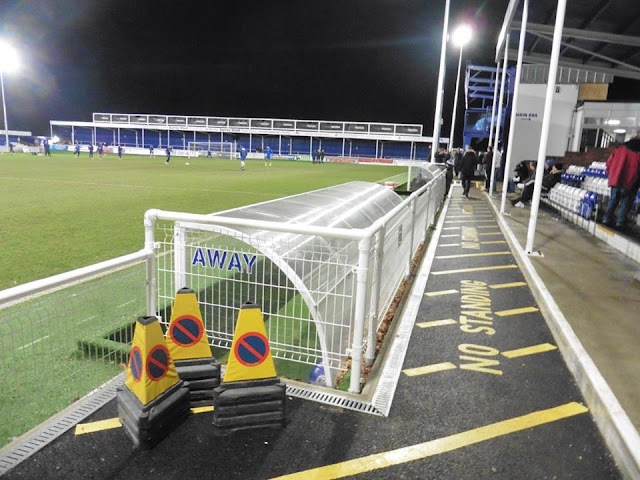 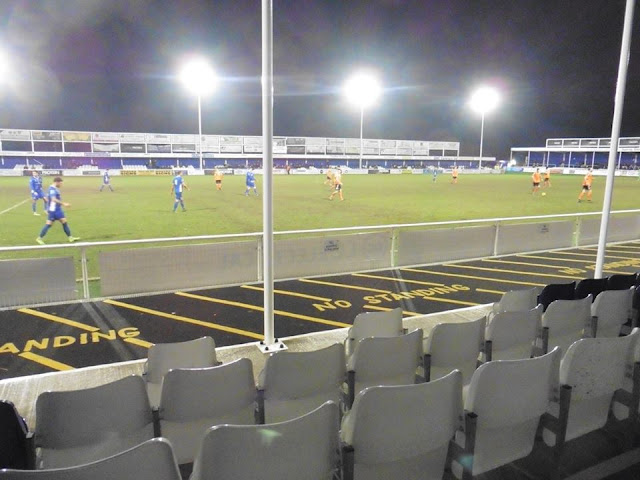 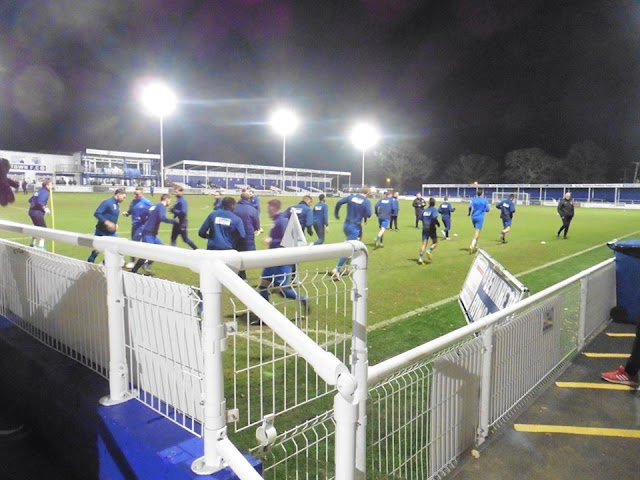 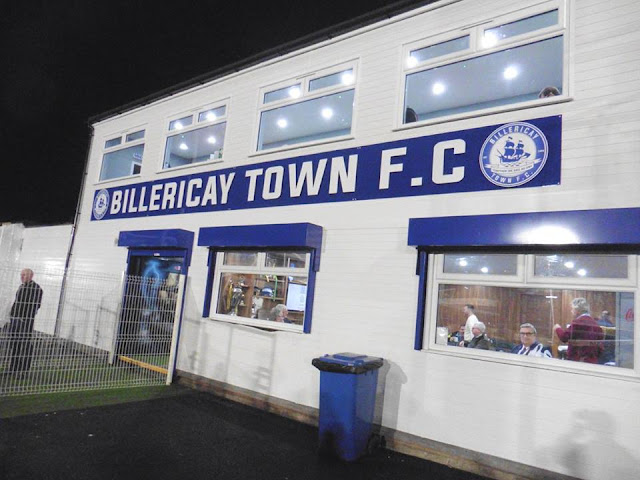 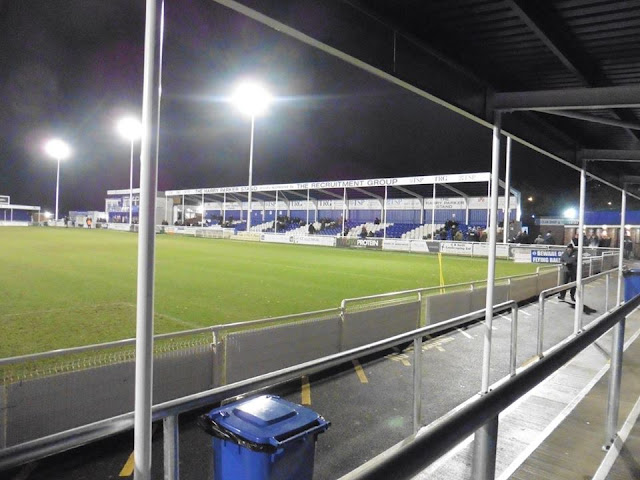 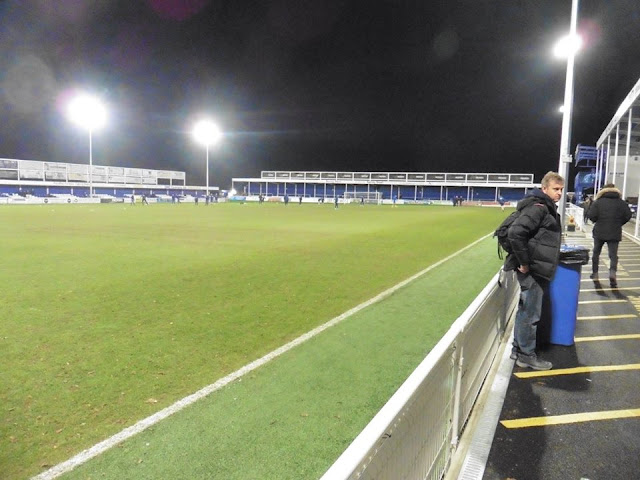 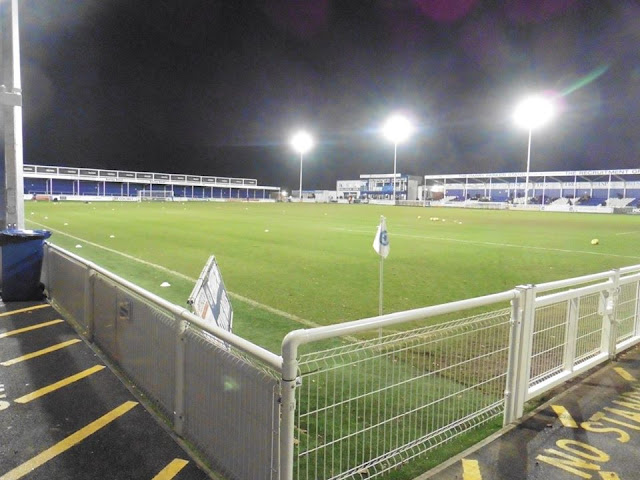 Posted by Football Grounds at 16:50