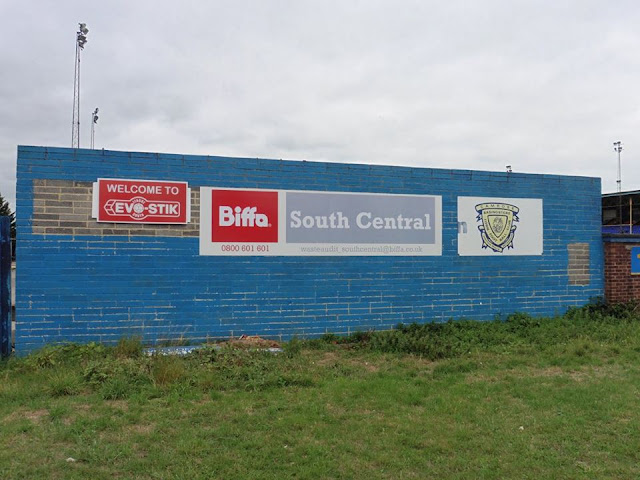 HISTORY/FACTS ABOUT THE DRAGONS:

1ST VISIT TO BASINGSTOKE AND MORE THAN LIKELY LAST EVER VISIT TO THE CAMROSE:

My original plan on Bank Holiday Monday was Lewes vs Bognor Regis Town (checking the score as I type and it happens to be 3-3, typical haha) but as there was a pain with the trains, and looking at other fixtures, I happened to have noticed Basingstoke were at home to Gosport, and hearing online they were in their final season at the Camrose, I was keen to go and tick the ground off before they leave. So deciding to go to the Camrose, and planning how to get there on Google Maps from the station, I left home shortly after half 10. After a couple of changes, and leaving Waterloo at lunchtime, I arrived into Basingstoke shortly after 1pm. A stroll to the ground and I arrived to the ground about 1.45pm. The gates weren't open, so I went in the Club Shop and had a little look in there and was fairly impressed. Saw a few books but didn't buy anything. Shortly afterwards the gates opened, and went into the ground after 2pm. £12 admission and a £1 for a programme, thought it was a bit steep for £12 to get in but wasn't majorly fussed. After walking round the ground and taking some pictures, I bought myself a cheeseburger for £4, which again I thought was a little steep. Thought the cheeseburger was ok, a little bit cold but still tasted nice. I'll give a rating of 6/10. So I went and made my way to the big stand on the side of the pitch and sat there for the game. After checking in on Facebook and other bits, the game kicked off and Basingstoke took the lead after 5 minutes from Sam Argent, a good ball in which saw a good header to make it 1-0. 2-0 came after 26 minutes from close range from Sam Deadfield, a good well worked goal as well. Gosport pulled one back before half time and were on the front foot probably the last 10-15 minutes of the game, but Basingstoke held on for 3 massive points, with 2 wins over Bank Holiday as they won at Frome Town at the weekend. Was impressed with the ground and bit surprised they're leaving the ground at the end of the season (at least) but was nice to tick the ground off for my 138th current ground. After walking back to the station, I didn't have long to wait as I caught the 17.30 train from Basingstoke and I arrived home shortly after 8pm.

The club played at Castlefields until 1945 when a site for a new ground was offered to them by Lord Camrose. The new ground was initially known as Winchester Road and consisted of a small wooden stand together with grass banking with some terracing. The ground holds 6,000 with around 651 seating. 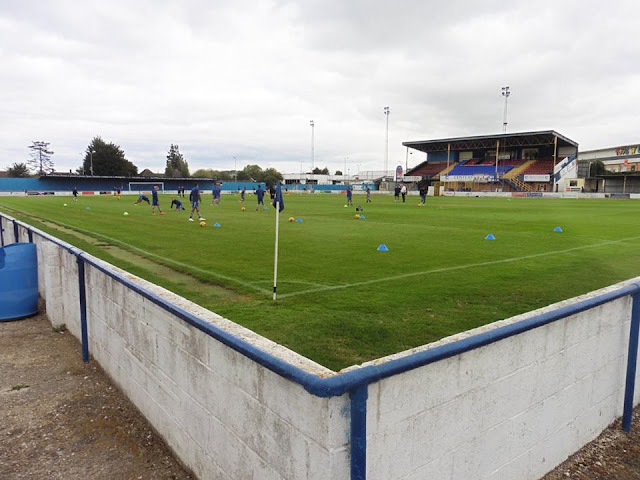 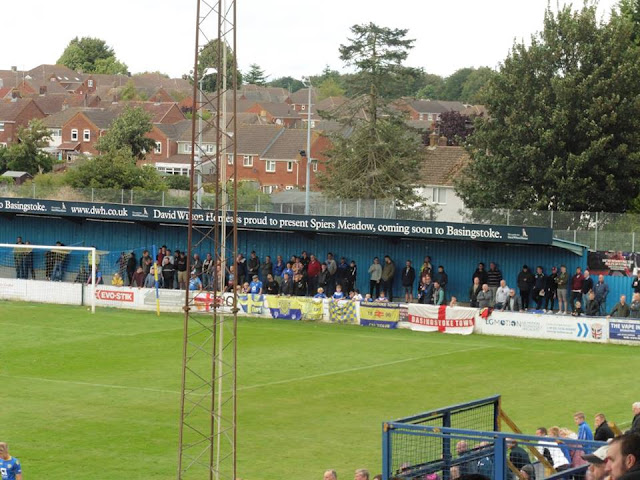 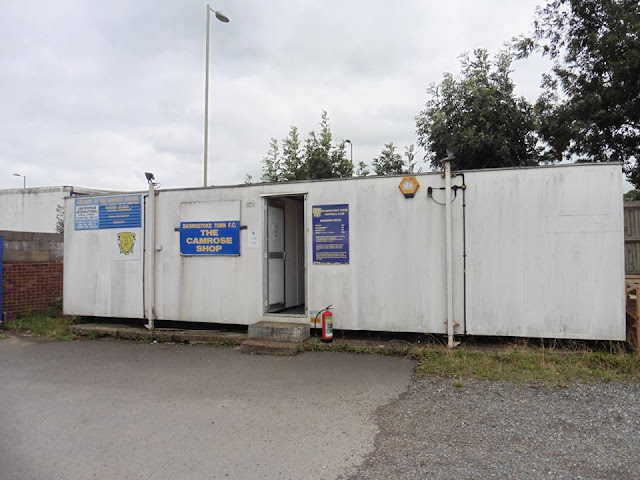 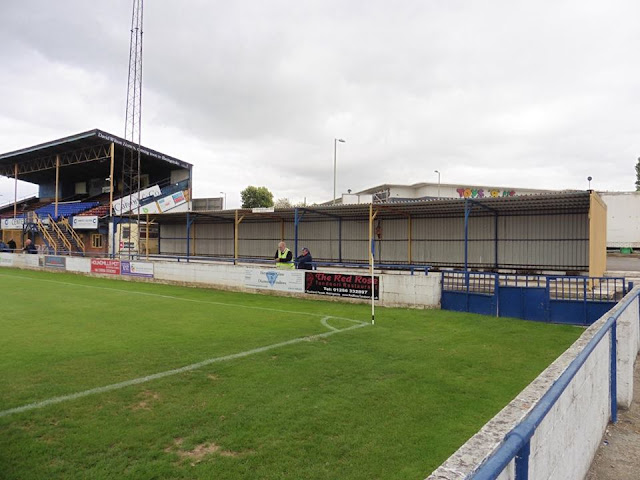 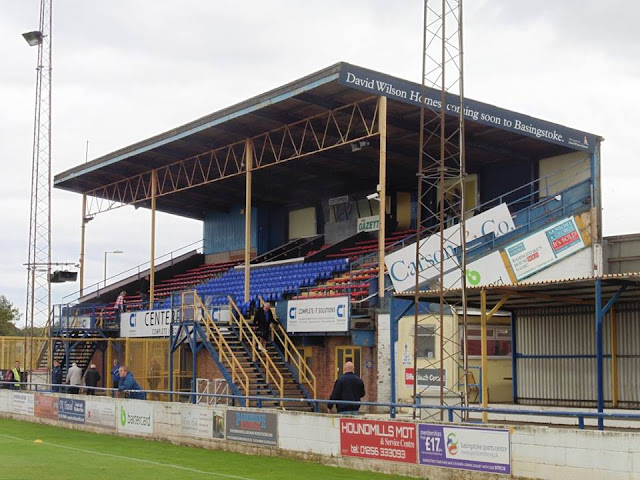 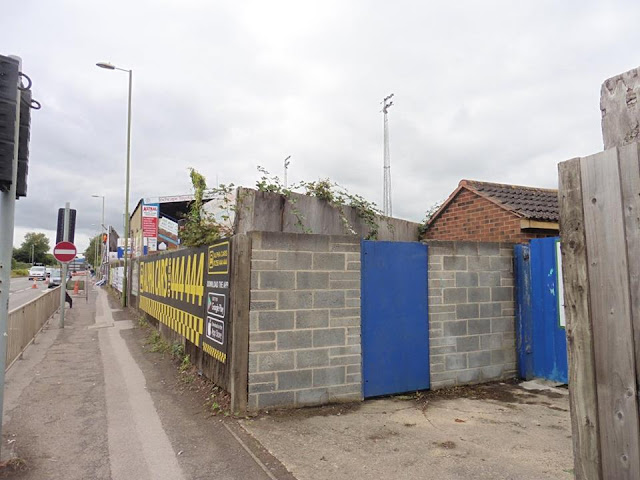 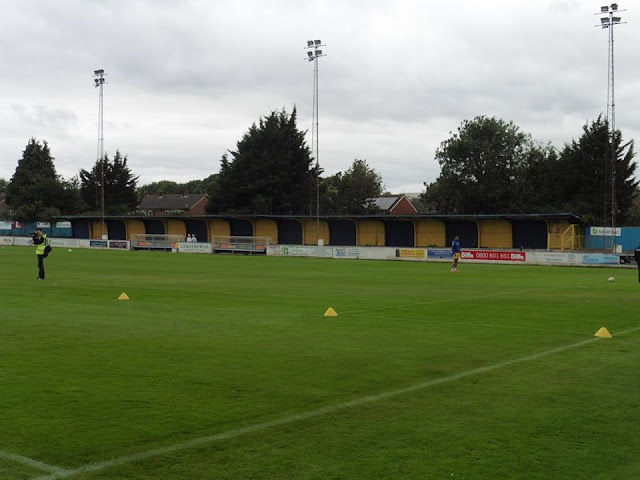 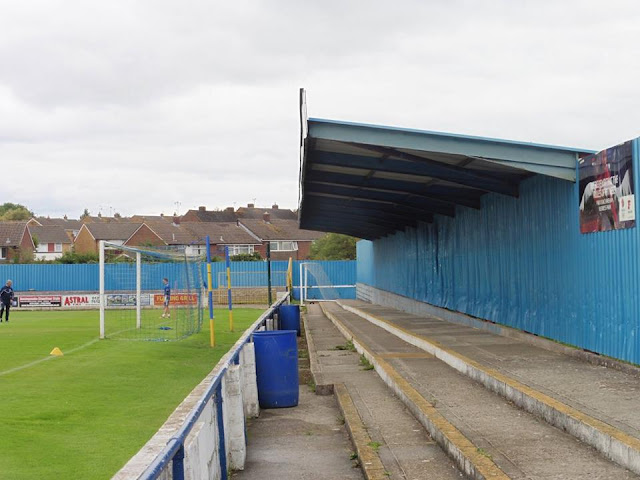 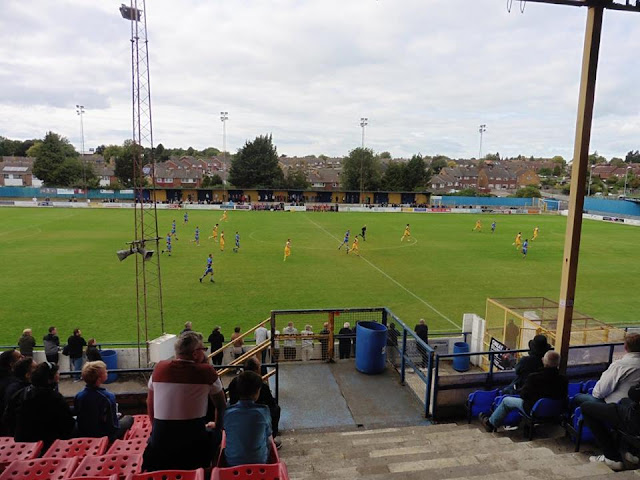 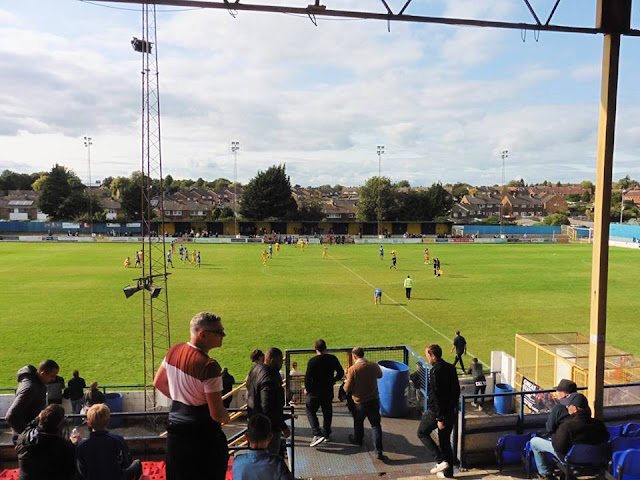 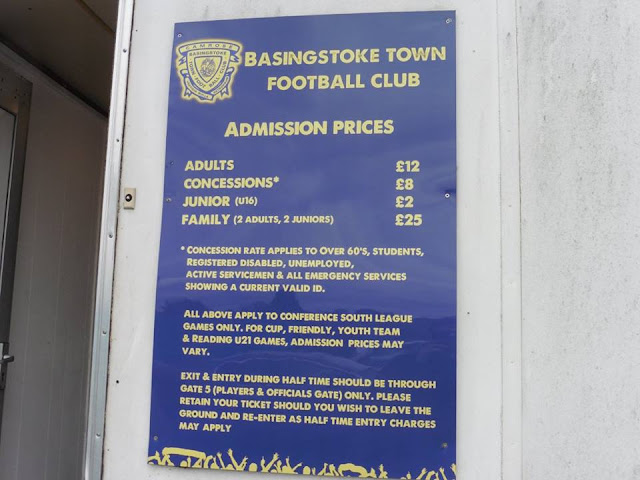 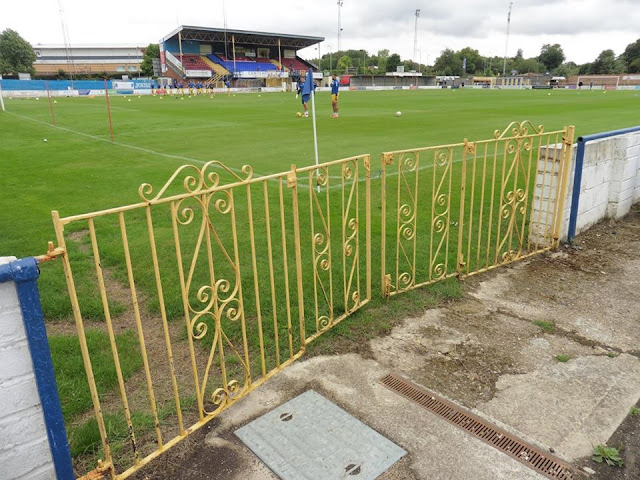 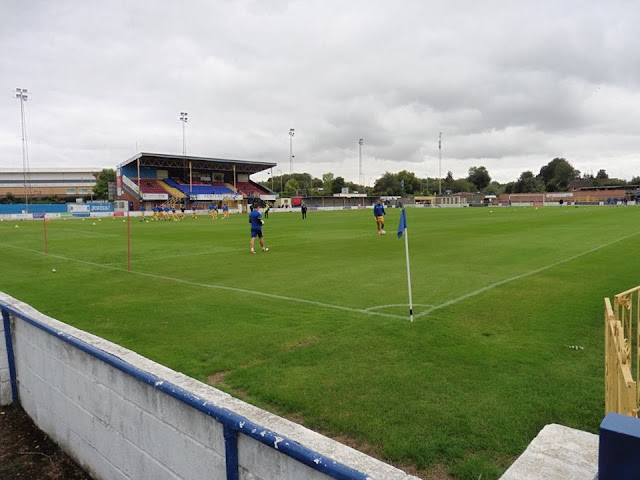 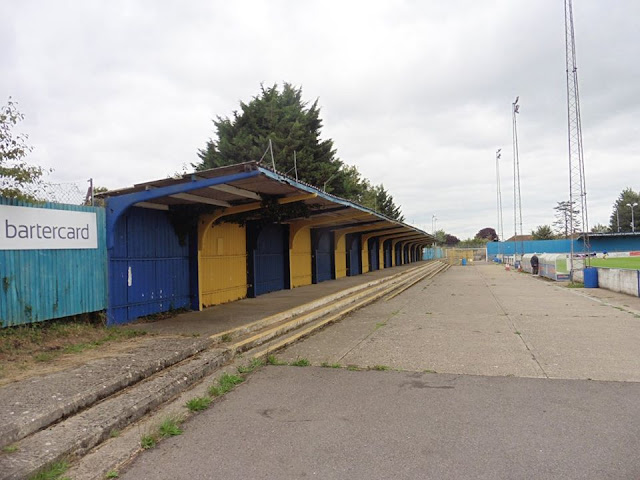 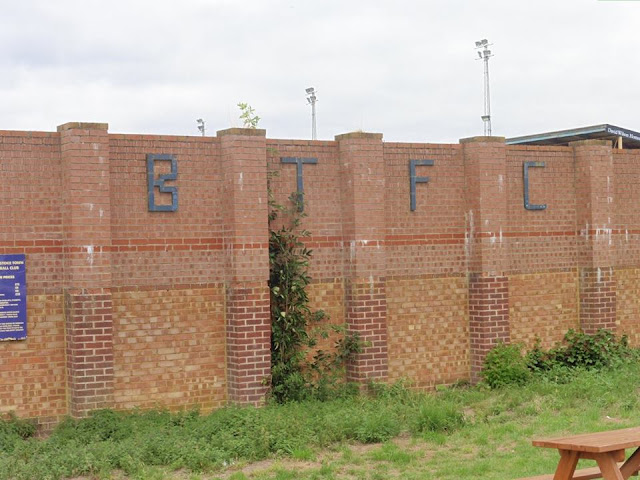 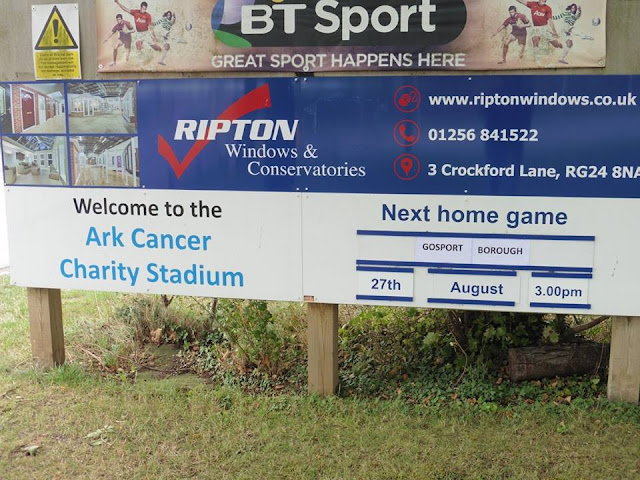 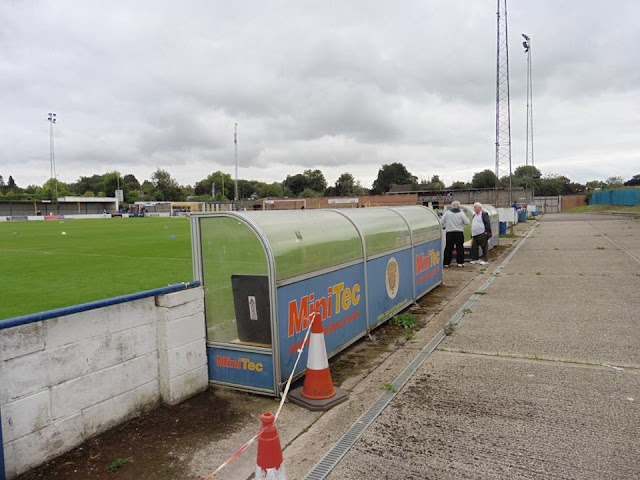 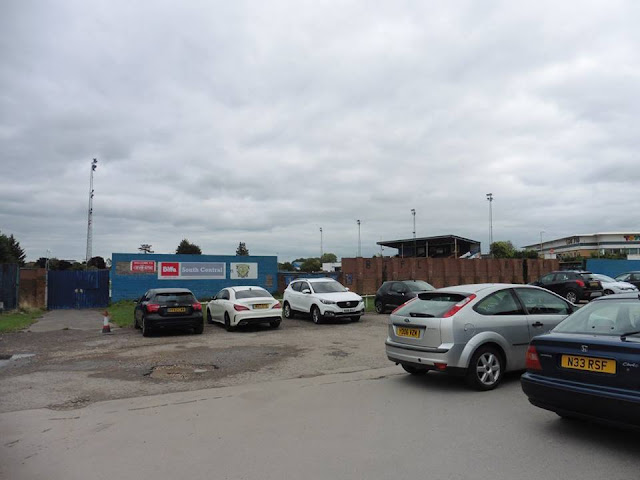 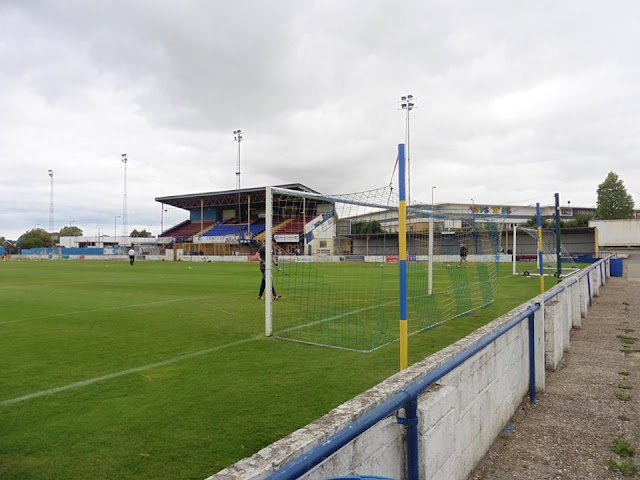 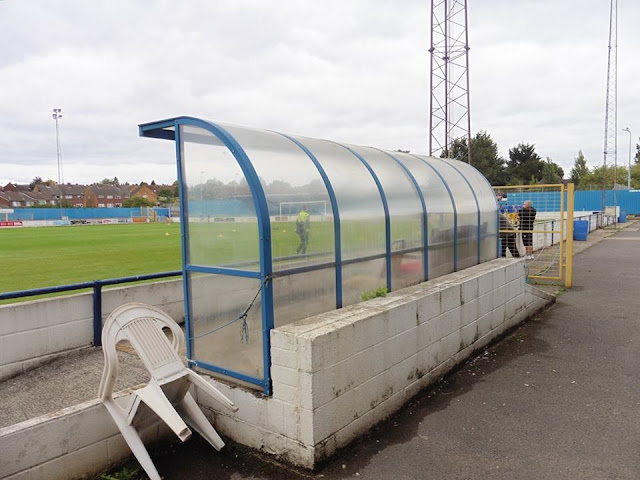 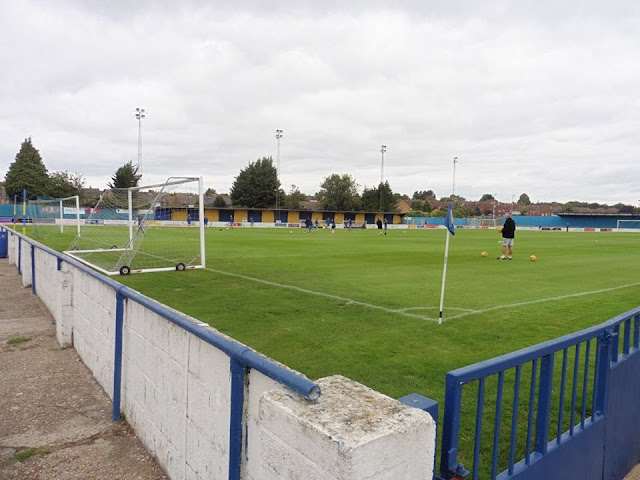 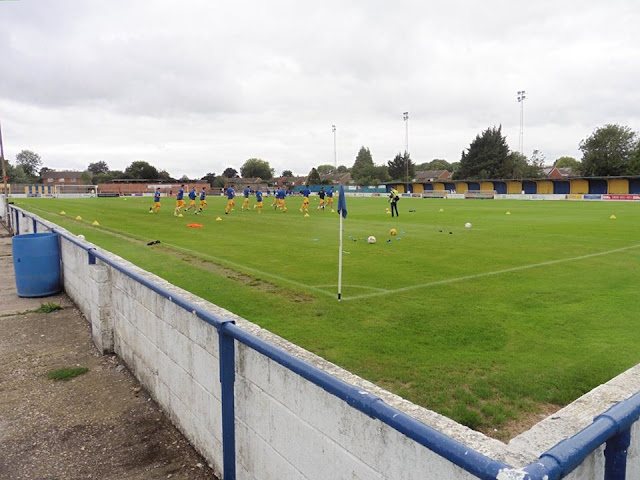 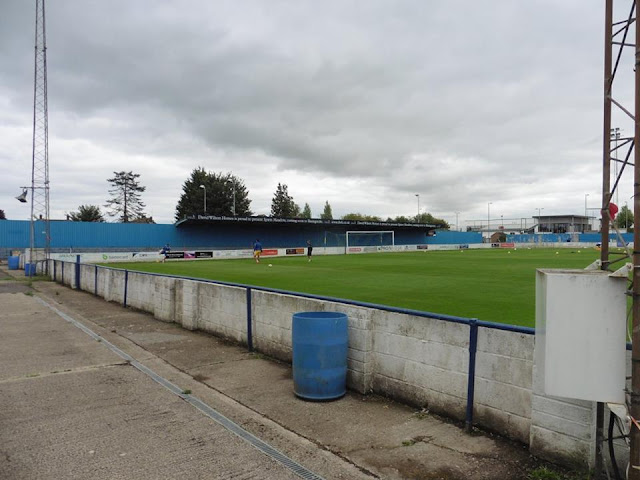 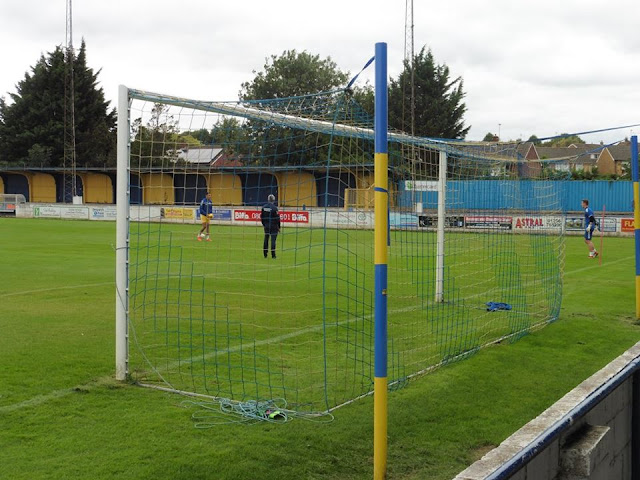 Posted by Football Grounds at 13:25