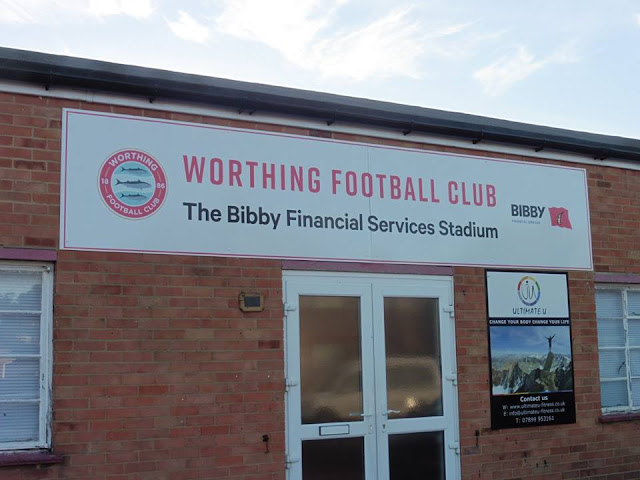 HISTORY/FACTS ABOUT THE REBELS:

Worthing have been playing at Woodside Road since 1903, then known as the Sports Ground. The ground has been home as well to Horsham during the 2008-09 season and also Brighton & Hove Albion's reserve side after the closure of their old ground The Goldstone Ground in 1997. June 2015 saw the club install a 3g pitch at Woodside Road.

The final Pre-Season Friendly has come around and has come around fairly quickly if I'm honest. Originally on this night Gillingham were meant to be playing Meridian Sports, but as that game got cancelled for some unknown reason, (that would have also been a new ground) Gillingham arranged another friendly, this time at Worthing, although it was only our youngsters playing, I didn't mind as much as it would have been a new ground anyway, and plus I saw our youngsters play earlier on in July at Sheppey. The day came around and I left home in the car around 5.15pm, and whilst on the way to Worthing, it was nice to drive past Brighton's AMEX Stadium, a ground I've only been to once back in 2011, so was the 1st time of seeing it since then. (You can click here for my visit to Brighton) after going past there, it was only a short trip there to Worthing and after parking up by the ground, we went in at around 7.20pm. £5 for admission in Pre-Season seems reasonable enough for me. The last time I saw Worthing play and the only time I have was against Staines Town last season at Wheatsheaf Park (again you can click here for my visit) in a thrilling 3-3 draw. So, we went in the ground, I took some pictures and sat on the side of the pitch for the 1st half. For a friendly it was a pretty good game, Gills had a penalty 1st half saved from Darren Oldaker, then later on Worthing took the lead and went into the break 2-0 up. Half time, I went and got a Cheeseburger and Cheesy Chips for a fiver, was absolutely lovely. 2nd half came, and I decided to stand behind the goal where Gills were shooting, and Gills pulled one back to make it 2-1. Then, another penalty is given, and this time Noel M'bo takes it, and again it is saved by the keeper. Worthing then made it a 3rd, but a good finish by Gills youngster Jack Tucker makes it interesting and it's 3-2. It stayed 3-2 in the end. Overall it was a good night, seeing 5 goals and another ground ticked off. After discovering it was my 136th current ground ticked off according to Football Ground Map. Pre-Season now comes to an end, and the season is now only round the corner, roll on Accrington away on Saturday. 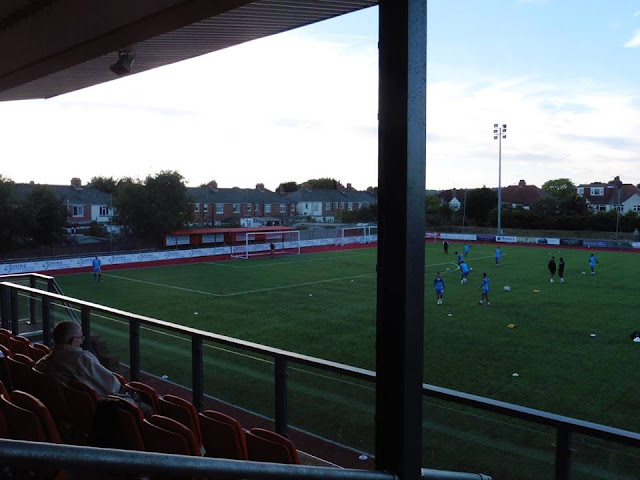 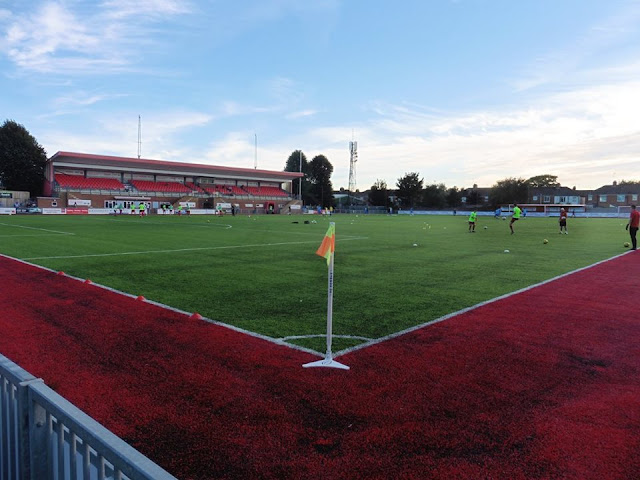 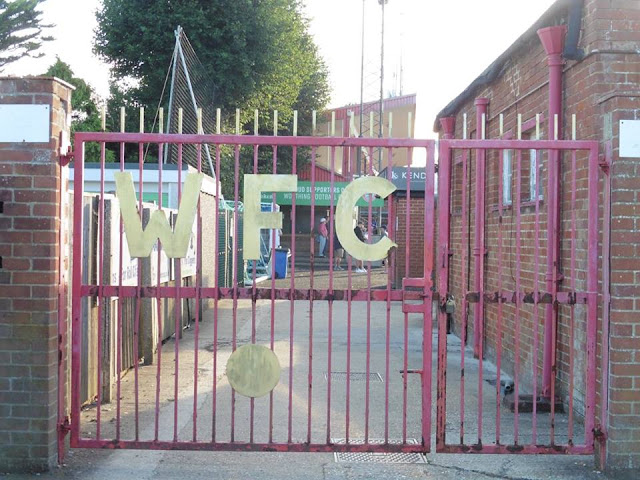 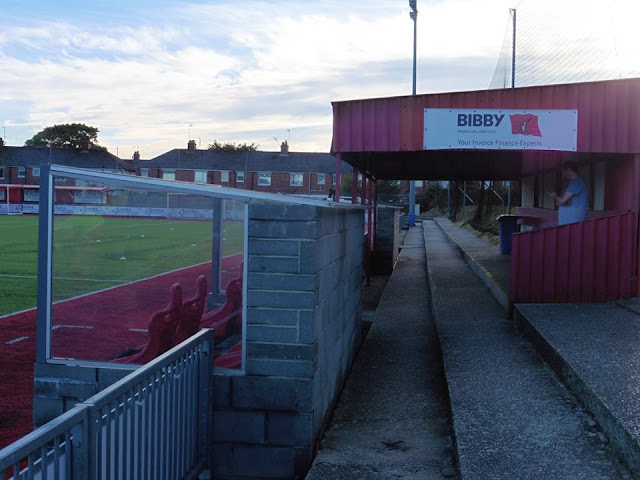 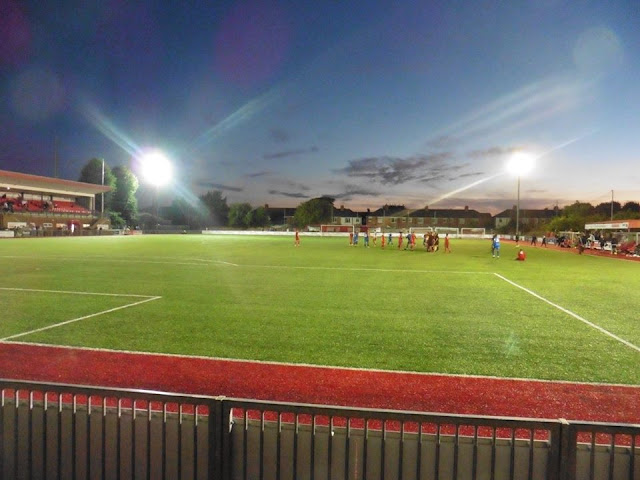 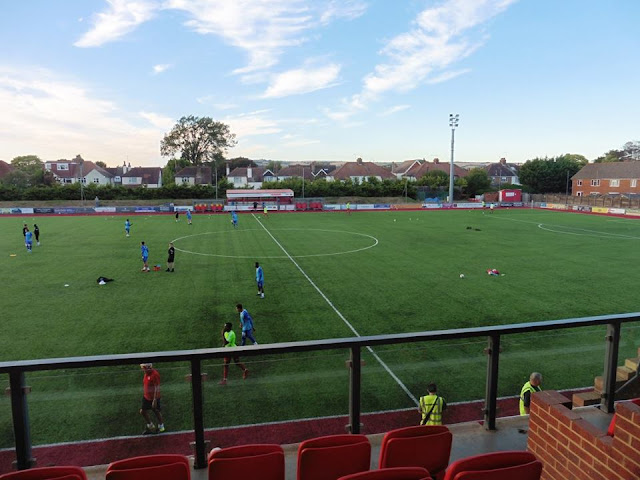 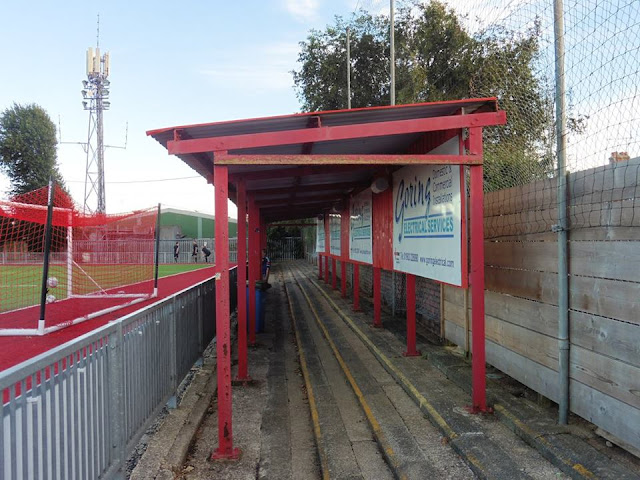 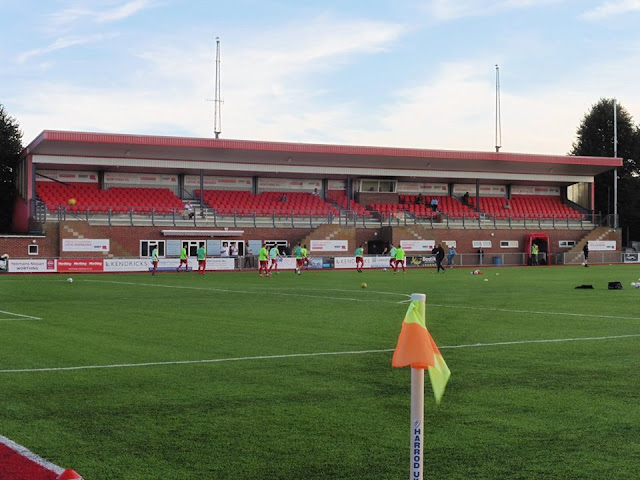 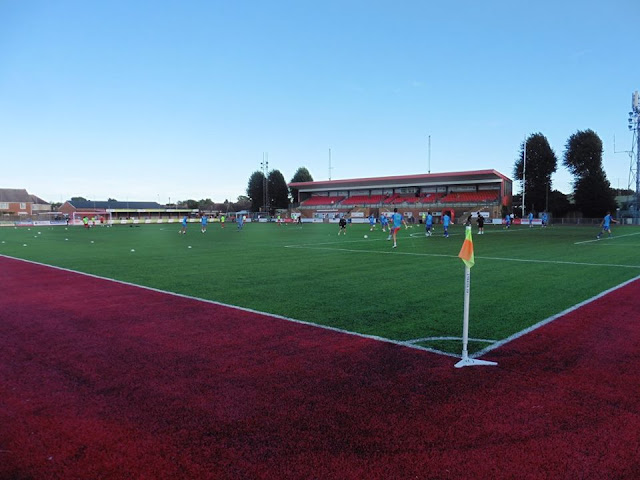 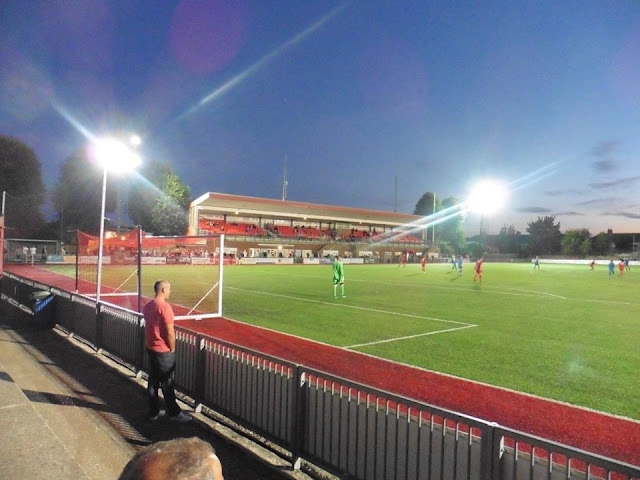 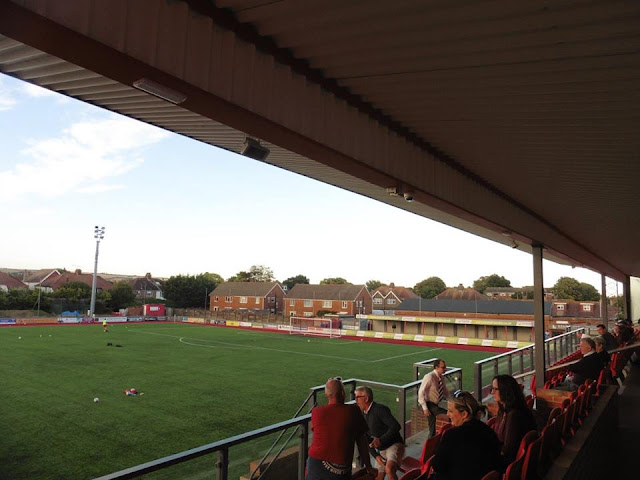 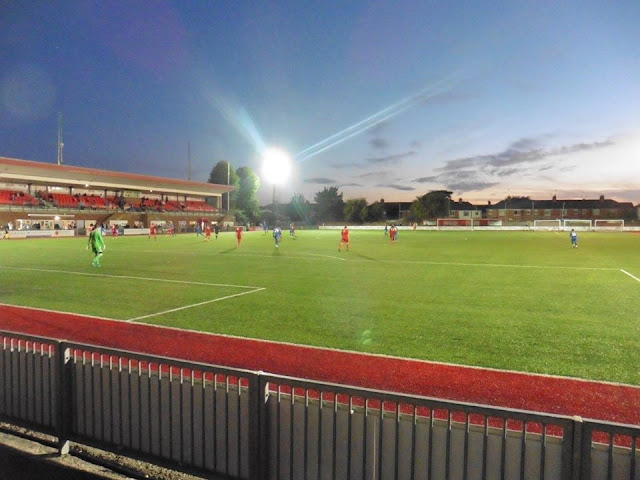 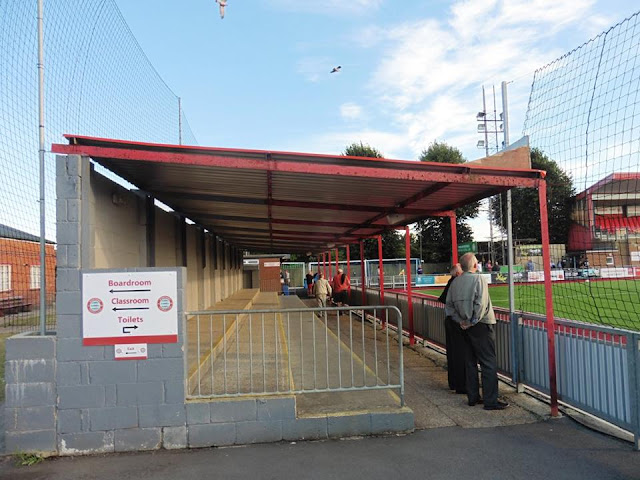 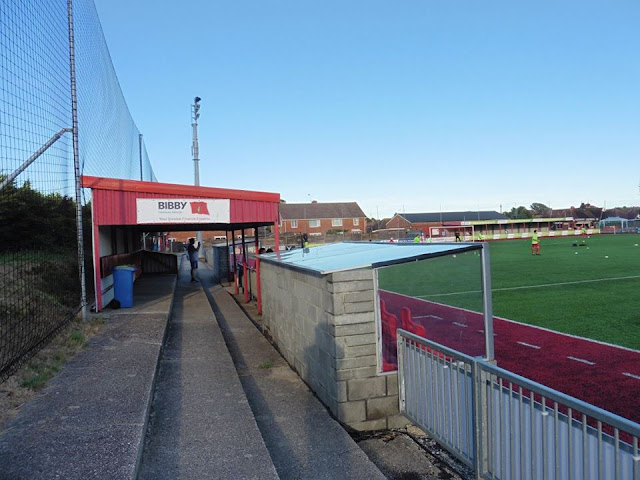 Posted by Football Grounds at 16:33