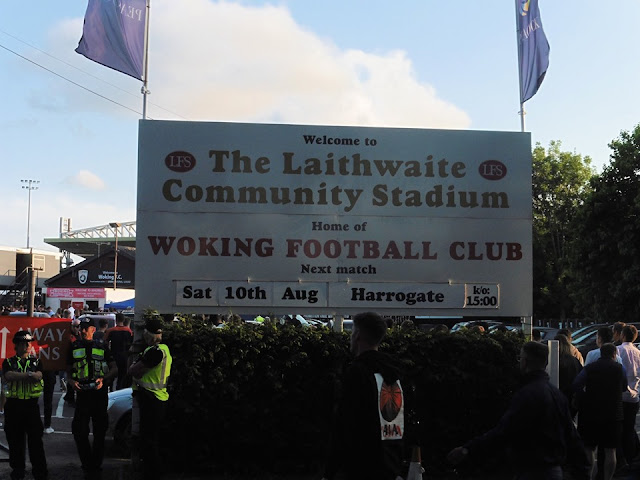 HISTORY/FACTS ABOUT THE CARDS:

I have only been to the Kingfield Stadium the once, which was with Gillingham in some what a bizarre pre-season friendly. Normally with friendlies with Gills, it's usually fairly local Kent sides away and a couple of the big clubs at home, but it was quite bizarre with Woking. Before it got announced, I knew a mate of mine had a soft spot for them due to playing Football Manager and funnily enough, an announcement got made on the website that we arranged a friendly with them away, so I thought sweet, new ground off the list! Luckily I got a lift to Woking, not too long of a drive either, probably about just over an hour. The Kingfield Stadium has 2 stands which are standing, one behind the goal which is a fairly massive stand which is seating, and on the side of the pitch with a few seats. I remember the game fairly well as we didn't play that well. Decided to get a drink at half time, and whilst walking past the dressing room, you could easily hear our former manager Martin 'Mad Dog' Allen having a right go at the players. Apart from the result, it was a good day out at Woking.

My 2nd visit to the Kingfield came in August 2019. Tonight was my 9th game of the season so far which has included 1 new ground at Faversham Town watching Gillingham in Pre-Season. This one I wanted to do a proper blog on Woking and it was a ground I hadn't visited for a few years now. Whilst checking the fixtures out, this one cropped up and with Gillingham not playing till Saturday, I was toying with the idea of this one, or going to the Erith derby on the Wednesday but after oohing and arrring, I stuck with this one. 2 reasons mainly was of course as I just mentioned, I wanted to update the blog and what better way than to watch a local derby with 2 sides who can't stand each other. So, I left home shortly after half 5, a quick change at London Waterloo and I arrived into Woking at around 7.05. After nearly ending getting lost and going the wrong way, luckily I brought up Google Maps on my phone and quickly turned round! I made it to the ground at 7.30pm. Annoyingly there was a massive queue outside the ground, at first I thought it was for the visitors, only to realise it was to get into the home end. Luckily I was in by 7.40pm and just made kick off. My main aim was to sit in the stand behind the goal, but was out of luck as it was pretty packed, so decided to stand on the terracing on the side of the pitch. 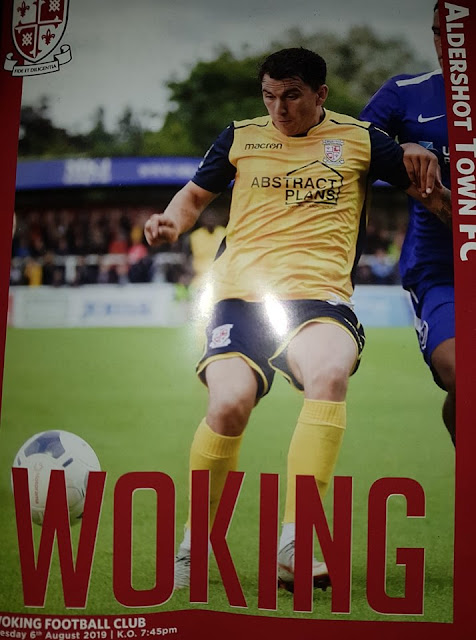 The game itself was woeful, despite it being a local derby. Woking never really turned up and threatened, but Aldershot weren't much better themselves. The only goal of the game came early on at 23 minutes from sloppy defending at the back which saw ex Gill Dean Rance's pass to Jacob Berkeley-Agyepong to strike pass keeper Craig Ross. A good packed Kingfield tonight but sadly the football for me wasn't the best. None the less, still pleased I went and glad to re-visit the Kingfield. After leaving Woking just before 10pm, I got home an hour and a half later.

The Kingfield has been the home of Woking since 1922. The capacity holds 6,036 of which 2,500 are seats. It was the temporary home of Hayes and Yeading United from 2011 to 2014. It is also currently the temporary home of Sheerwater FC. Normally segregation is not used for away fans but if it is to be the case, then away supporters are located of the Chris Lane terrace stand and part of the Leslie Gosden Stand behind the goal. Woking railway station is around a 20 minute walk to the ground. 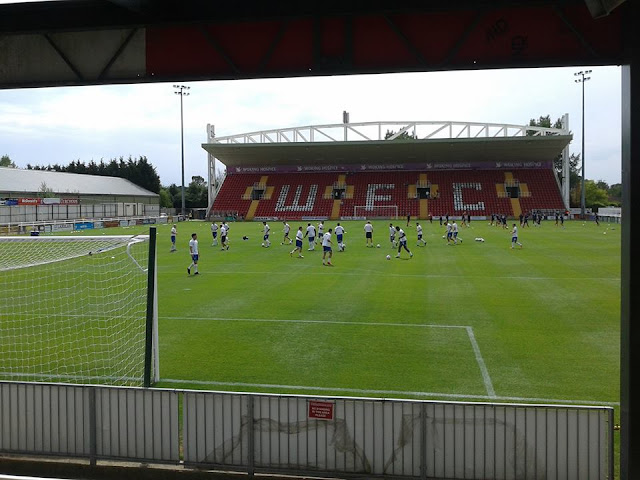 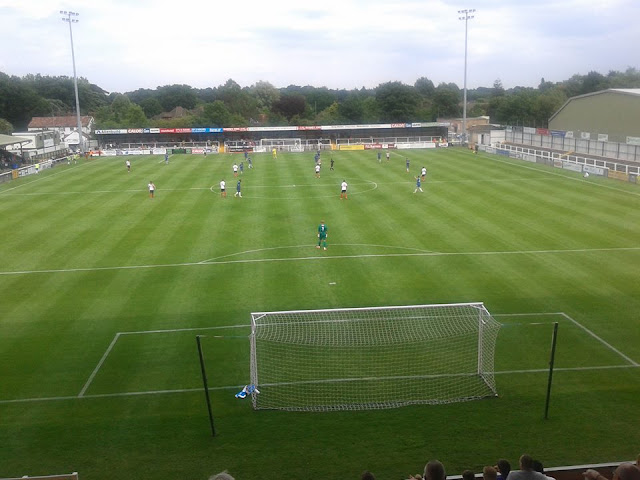 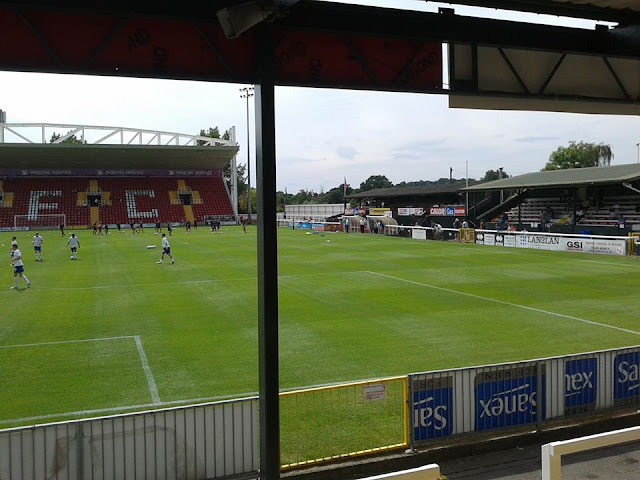 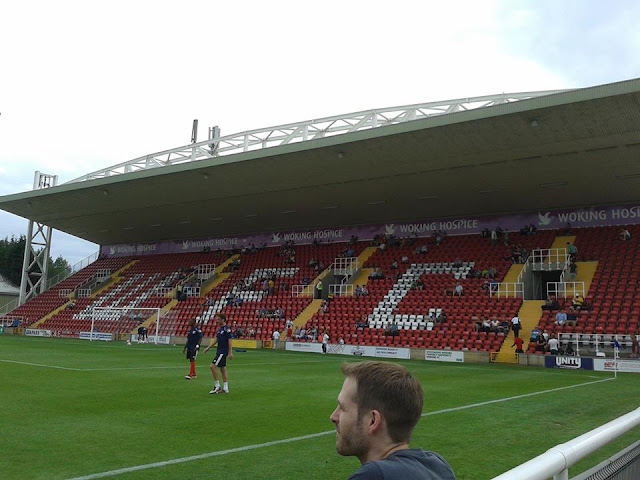 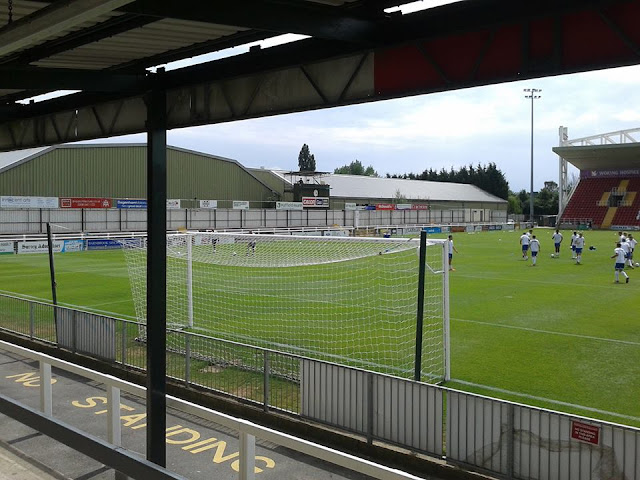 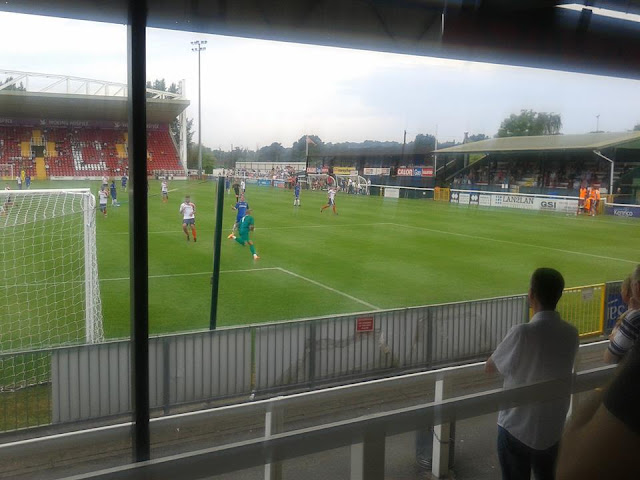 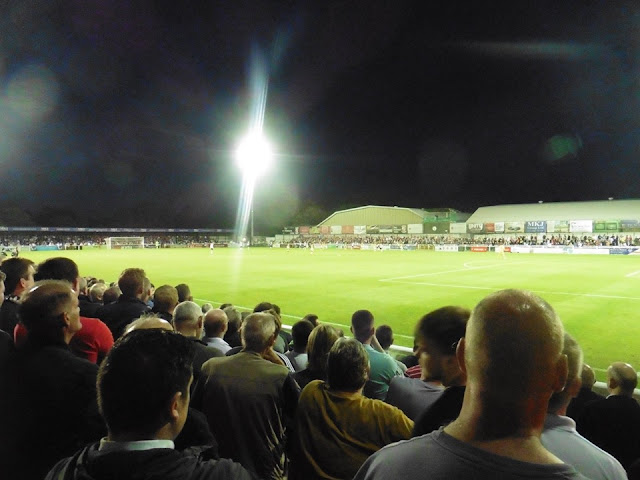 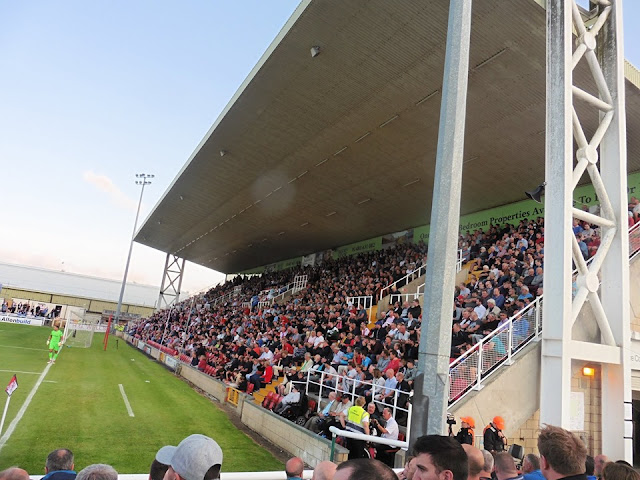 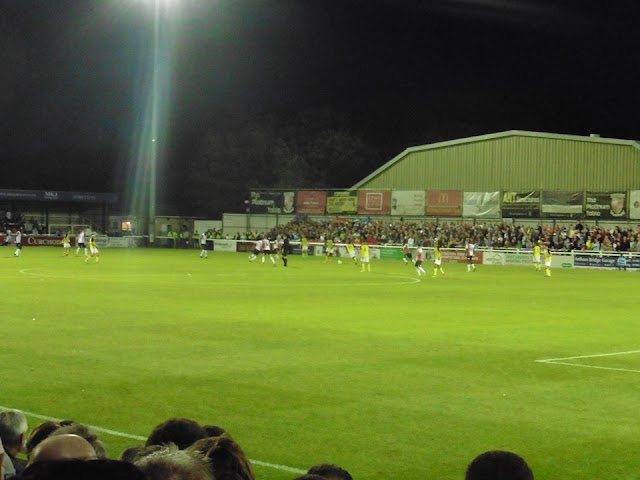 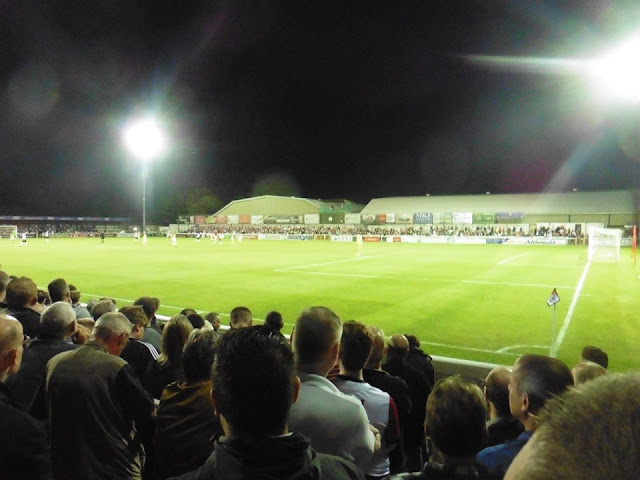 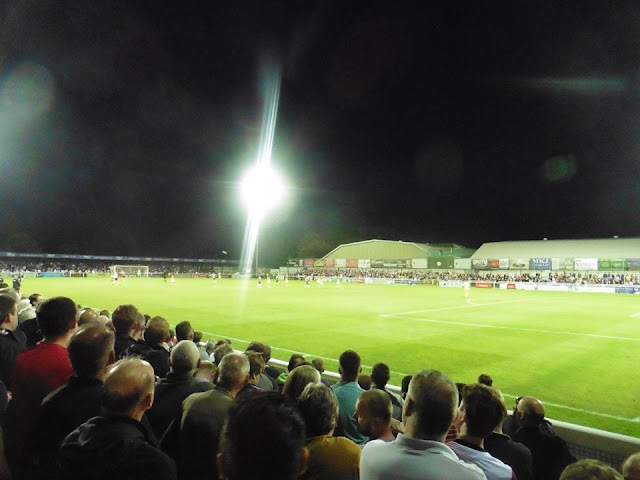 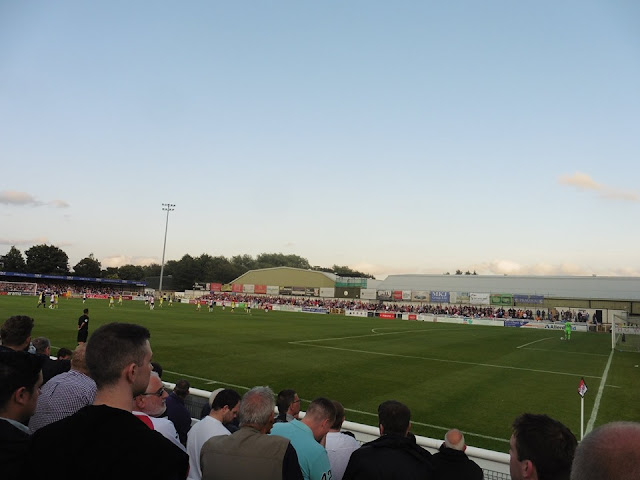 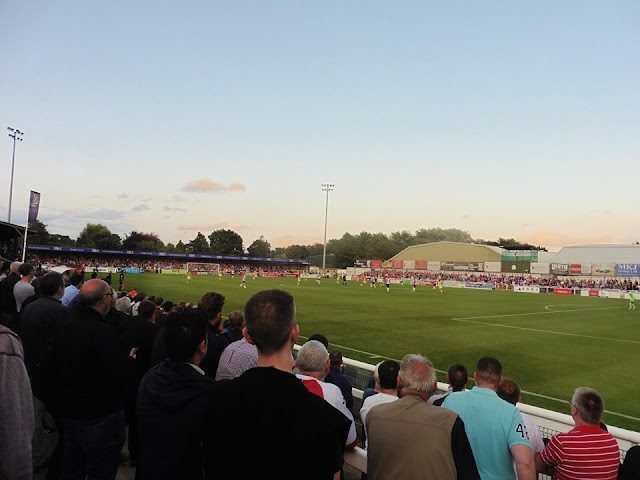