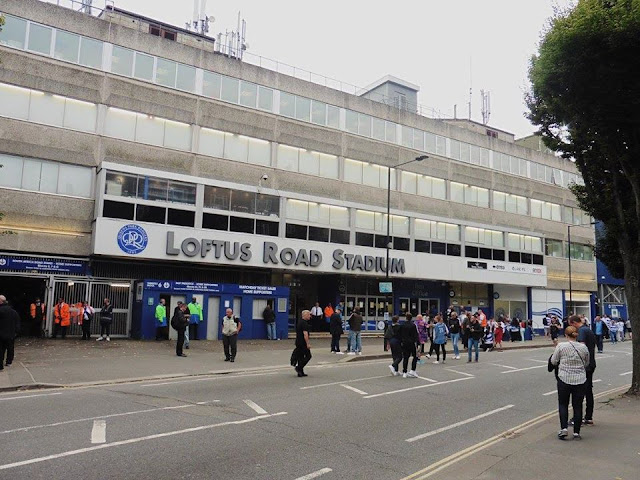 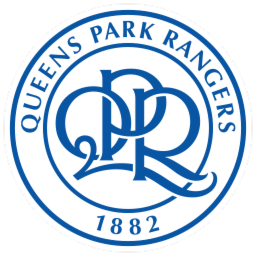 HISTORY/FACTS ABOUT THE HOOPS: 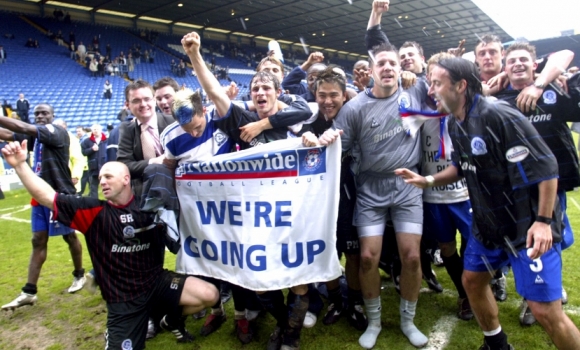 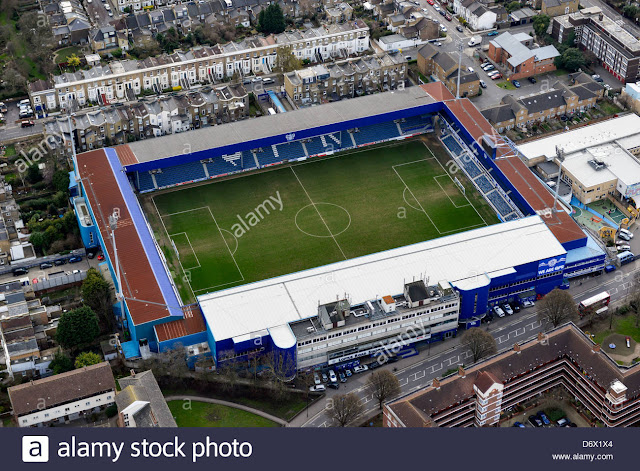 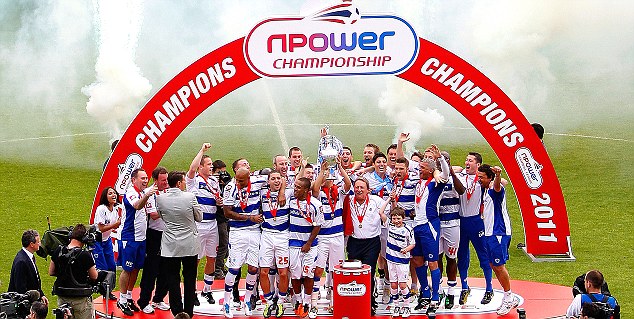 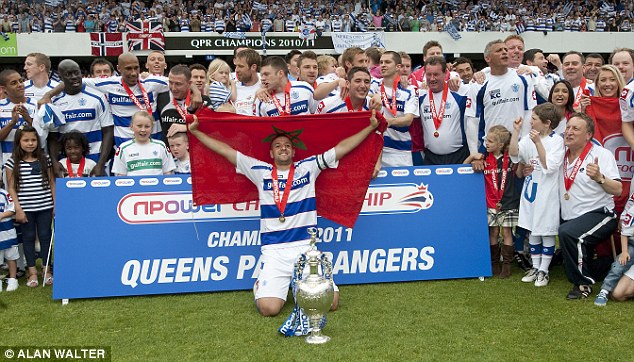 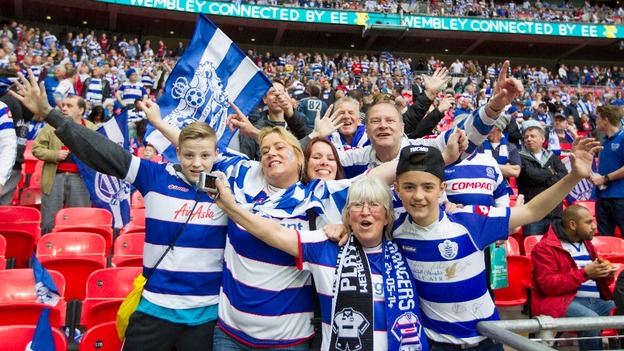 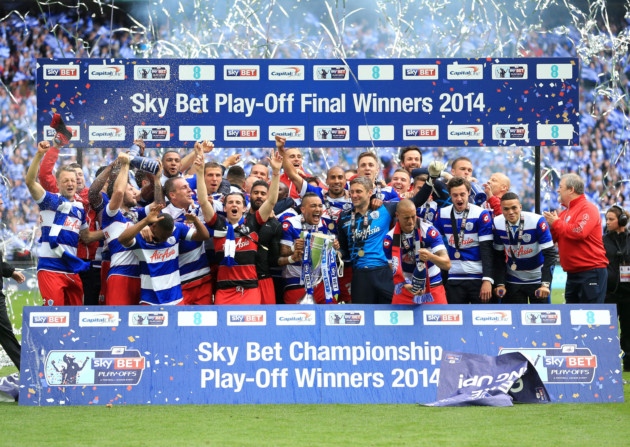 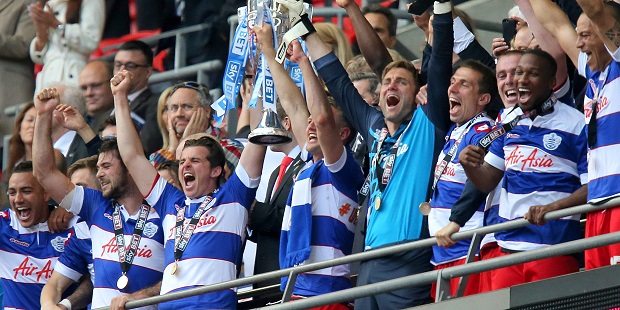 My 1st visit to QPR came in 2005 when Gillingham were in the Championship at the time under boss Stan Ternent. I remember it being a Tuesday night game, and we took quite a lot to Loftus Road, being fairly local and a trip to West London. I believe we took 2-3,000 but I can't remember now, such a long time ago. It finished 1-1, with Michael Flynn getting the goal for us, I think we took the lead and QPR equalised late on. I think I went by train for the game, pretty sure I did anyway. My other visits have come in 2014 and 2017, with 2014 a 1-1 draw with Blackpool. At the time my mate Hawko was keen to tick off QPR, and I needed to a re-visit anyway as at the time I didn't have any photos of Loftus Road. My 3rd visit so far in 2017 was an EFL Cup game with local rivals Brentford. A couple of reasons why I wanted to do this one was it was a local derby and I fancied getting some more photos of the ground. A few goals was seen as Brentford comfortably went through to the next round of the EFL Cup. 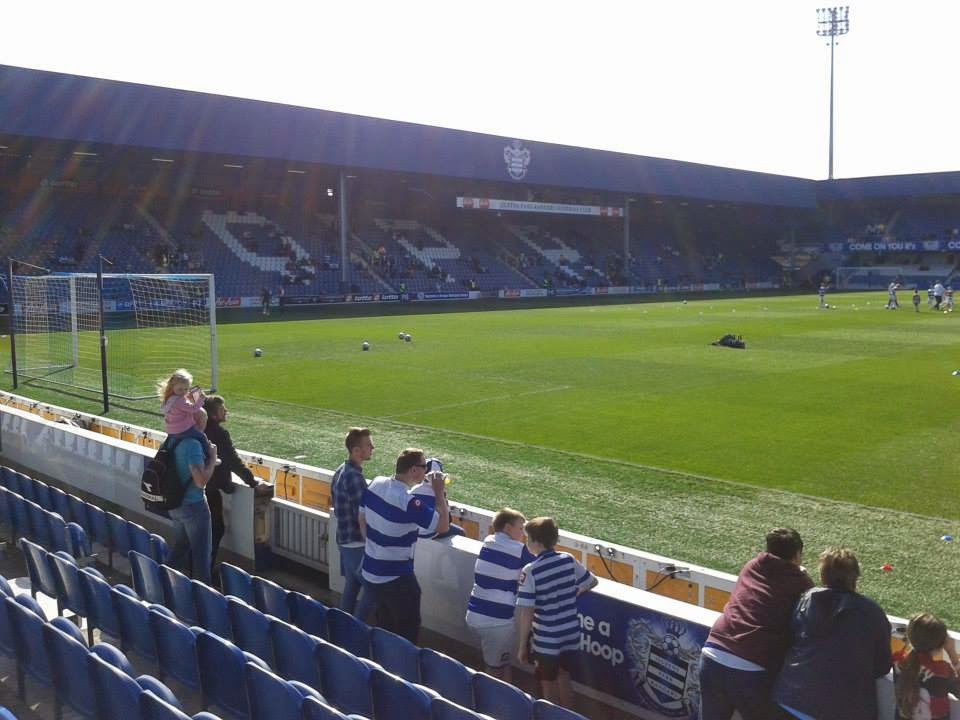 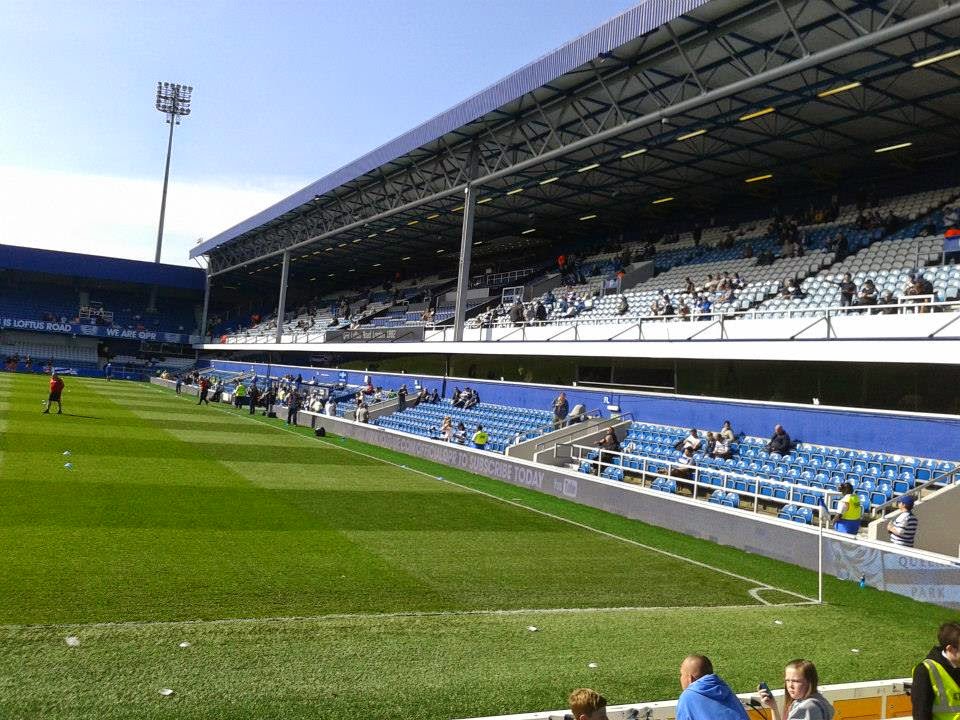 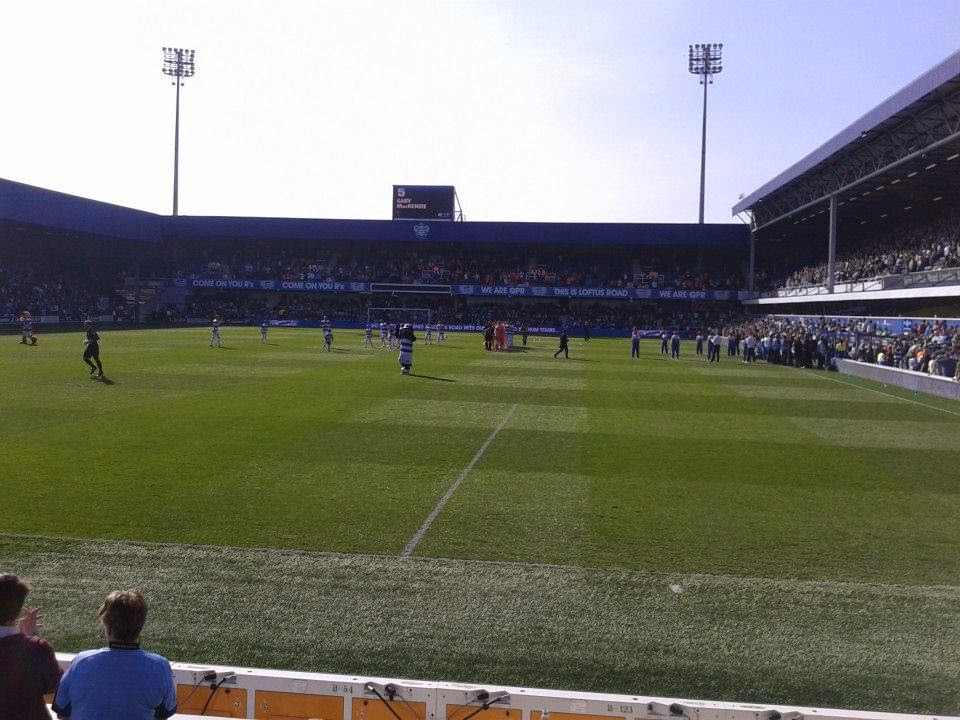 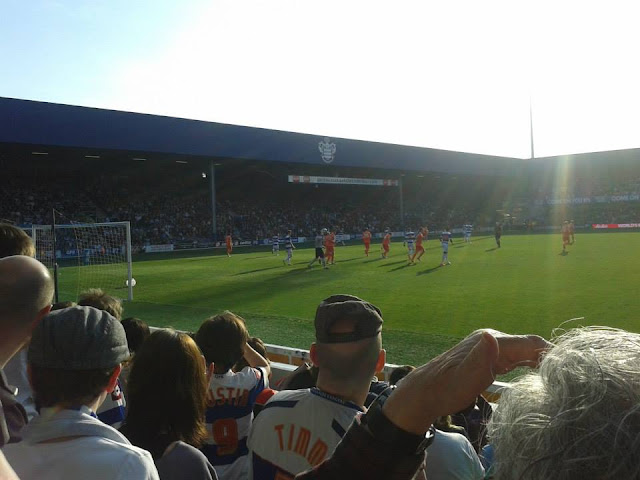 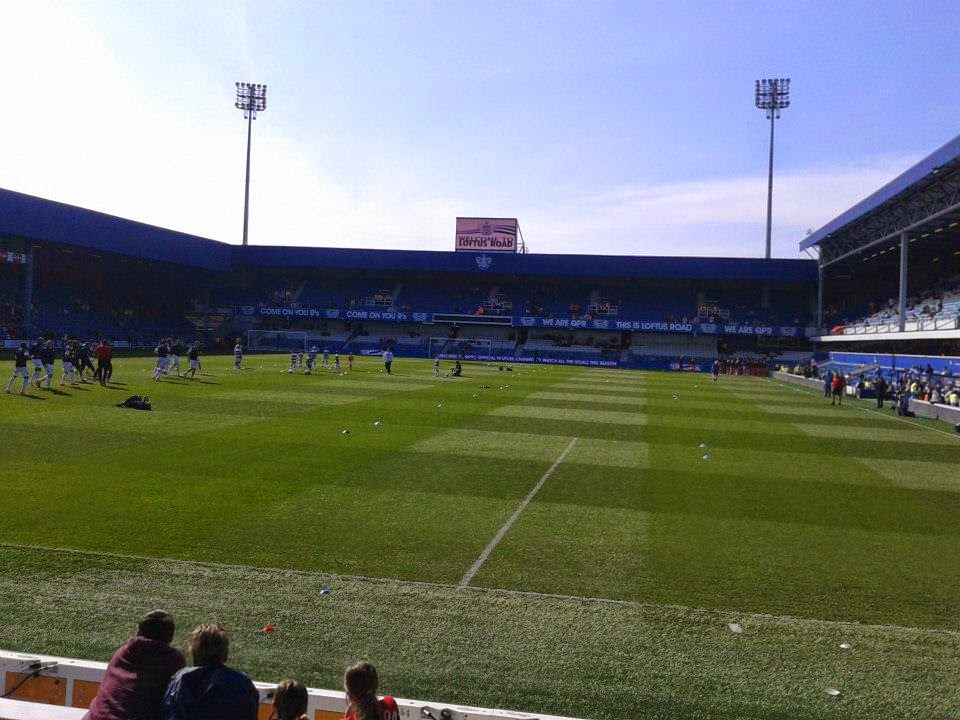 It all started with the week before when originally there wasn't any games on, so I hadn't really had much planned, if I wasn't doing anything, I probably would have done overtime at work or something. But after looking a few days before on Soccerway, after seeing EFL Cup fixtures, I realised "Oh course it's the League Cup games" so after browsing the fixtures, the 1 that stood out to mind was Brighton v Barnet. Brighton v Barnet was my 1st choice as I hadn't been to The AMEX for a few years, only been the once when Brighton moved into The AMEX in 2011, luckily Gillingham got drawn away to them in the very same competition, so of course that was another new ground off the list. Only thing that put me off was with the trains, of course with me not driving yet, plus if I went to Brighton by train, it would only give me 4 mins to catch my last train as soon as I pulled into Tonbridge and that would have been too tight for call. Plus I didn't fancy forking out for a taxi. I'm going to leave Brighton for a bit longer, I know they've got a couple of games on a Sunday at home coming up, so will try and get a ticket for one of them games. Other options I looked at was Crystal Palace v Ipswich or of course QPR v Brentford. I wouldn't have minded going back to Palace as again I hadn't been for a while, same with QPR. I chose QPR, mainly because they were playing Brentford who are 1 of their West London rivals, plus I thought it would be a better game than Palace, and to me it sounds like I chose the better option! So I ordered my ticket online on Thursday night, hoping it would come on Saturday whilst I went to MK Dons away with Gills, and luckily it did. So Tuesday came, I left home on the 5pm train and got into London just before 6. I got off at Waterloo as I fancied a Cheese and Marmite toastie from Starbucks, and it was quite nice as well. After that, I popped into WH Smith's and bought a bag of crisps as I was still fairly hungry. After that, I made my way to the tube, and caught the Jubilee Line to Bond Street, then the Central Line to White City, the nearest Tube Station to QPR.

After playing at so many grounds in the early days of their existence, grounds like Kensal Green, Wormwood Scrubs and Barn Elms to name a few, Loftus Road has been the home of QPR since 1917 although with 2 temporary homes at the White City Stadium before moving back permanently in 1963. Loftus Road has also been the home of Shepherd's Bush FC, London Wasps and temporary home to Fulham as well. The ground's capacity is 18,439 of which away supporters are allocated 1,800 in the School End in the upper tier. If demand, the lower tier can also be allocated which can lead up to 2,500 supporters. The nearest London Underground station to the ground is White City on the Central line. This is only a few minutes walk away. 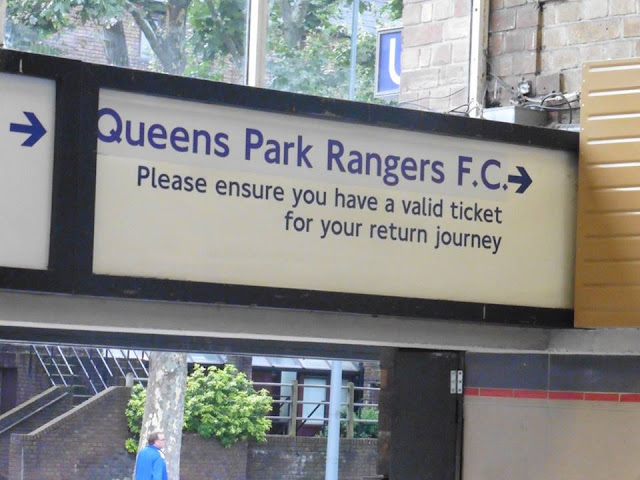 I was quite looking forward to this one. Been a while since I done QPR, last time being in 2014 when I went to London for the day when Gills weren't playing and I went with a mate of mine Hawko, who hadn't done QPR yet. Also done a tour of Chelsea that day as well. So anyway, I arrived into White City about 6.40 and made my way to the ground and got there just before 7. Took some pictures outside, and went in the ground. For a West London Derby I expected a few more people, but surprisingly not. Onto the game itself, 1st half I don't think I'd seen such a one sided game for a while, League/Cup wise anyway as it was mostly Brentford and they raced into a 3-0 lead after 32 minutes, 1st goal being an own goal, 2nd goal from ex Gills player John Egan heading home from a corner and Neal Maupay making it 3-0. I know QPR made 10 changes I believe it was, but I thought QPR were very poor at that point, the way things were going, it could have easily been 5 or 6 for Brentford. QPR pulled one back through Darnell Furlong with a header from close range, I was hoping QPR would make it 3-2 just to make the game very interesting, but it wasn't to be as Joshua Clarke fired home into the bottom corner to kill the game off. Have to say, Brentford easily deserved to get through to the next round, played some lovely football, and certainly have some good players. I think Dean Smith is a very underrated manager, done a good job at Walsall and doing a fairly solid job at Brentford so far. Afterwards, I made my way back to White City Tube station, and eventually got home shortly after half 11. Been a good night at QPR, certainly worth seeing a few goals anyway! 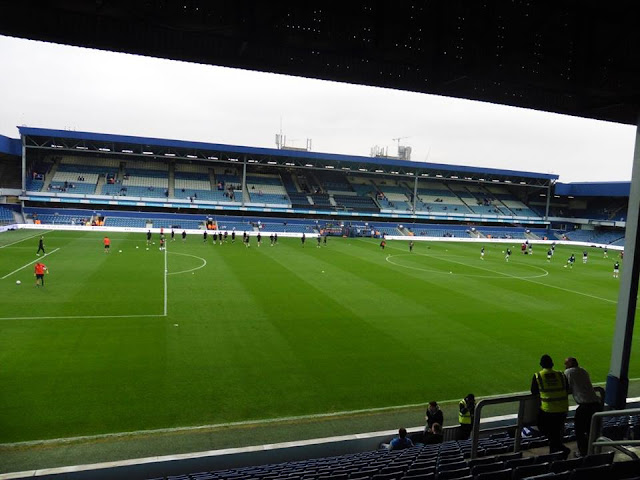 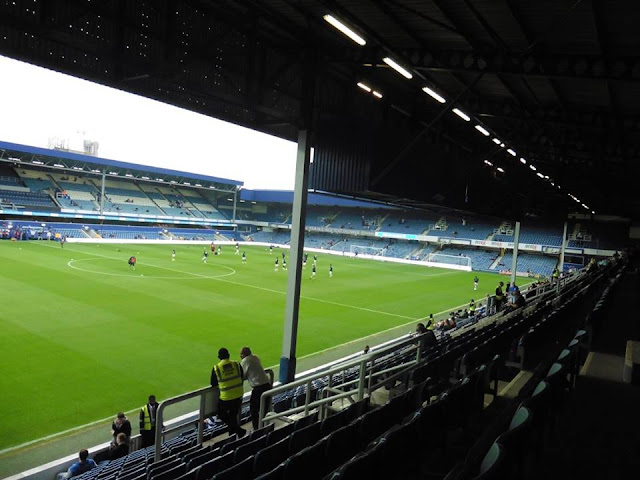 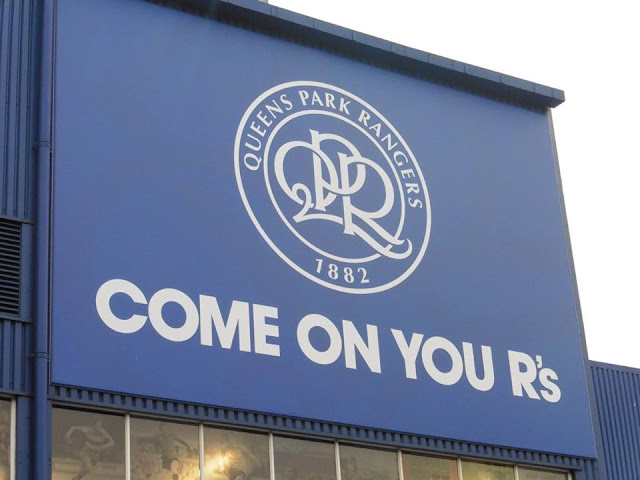 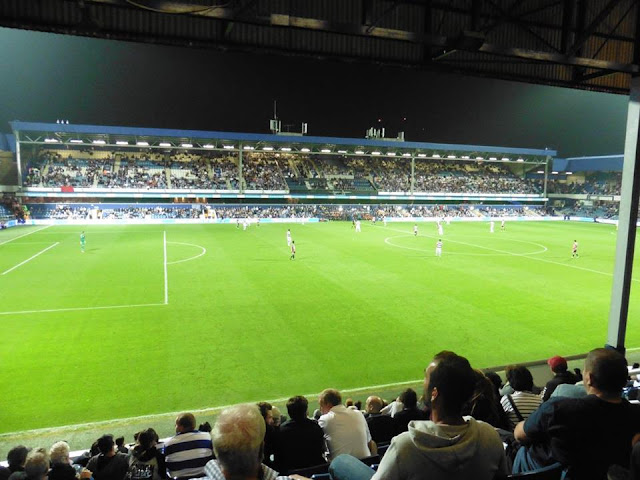 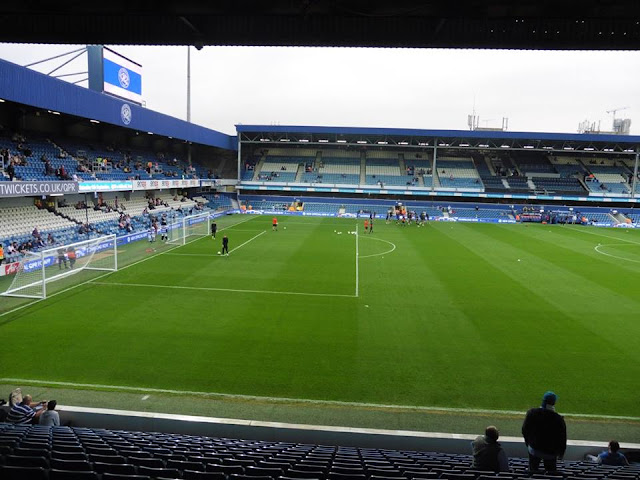 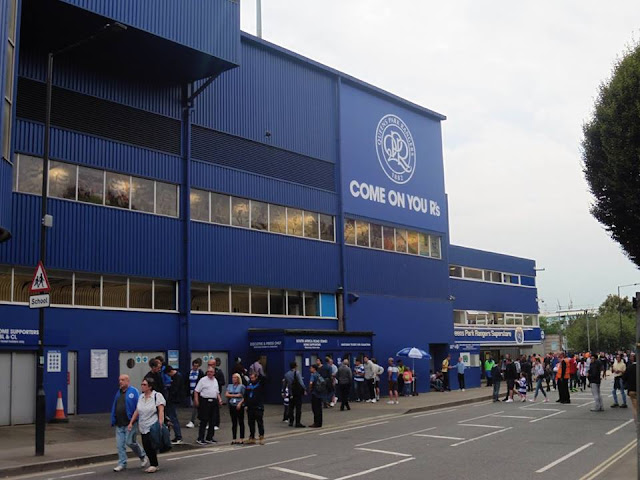 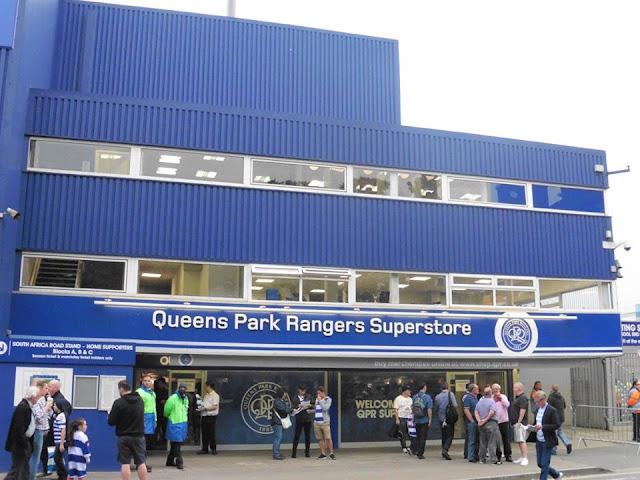 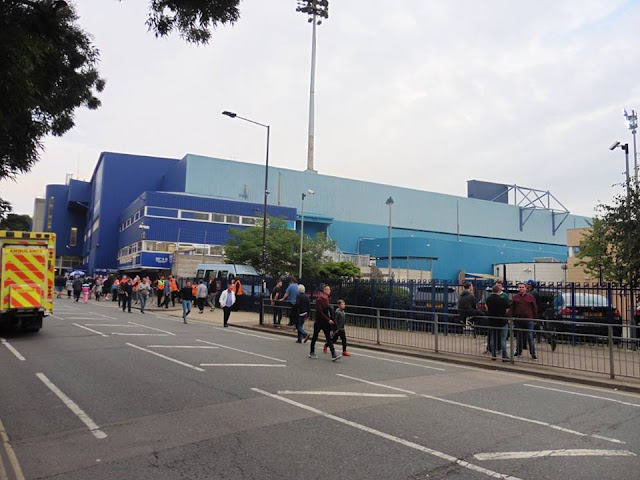 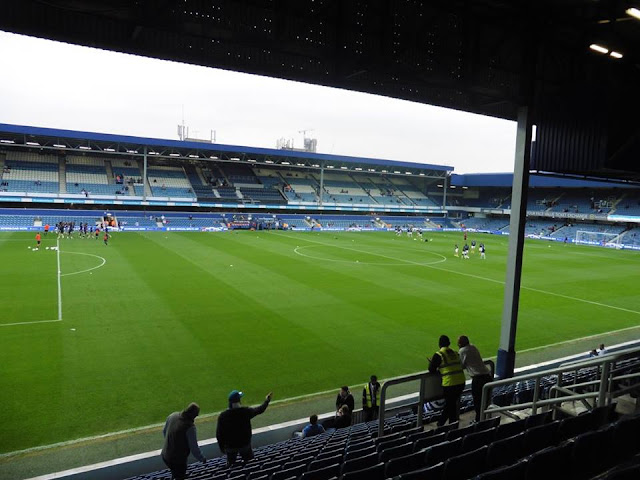 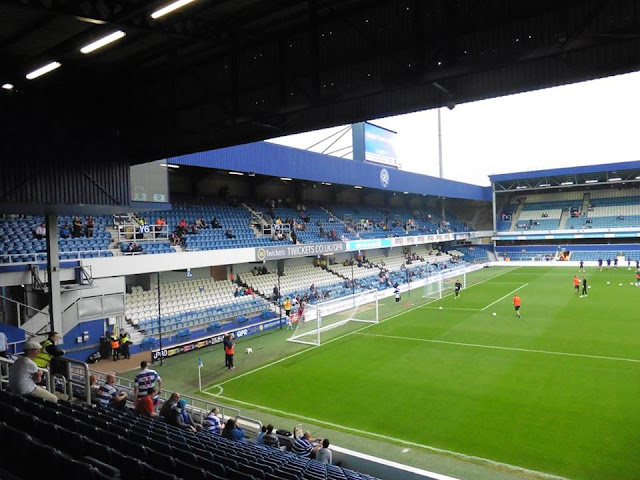 Posted by Football Grounds at 15:48