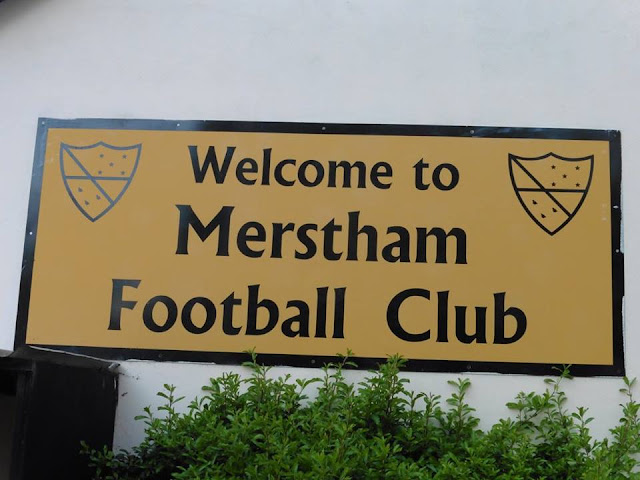 MY FIRST VISIT TO MOATSIDE:

After Gillingham's draw with Millwall at the weekend, I was looking for some more groundhopping trips as of course at the moment I'm looking to do Saturday Tuesday Saturday games. There wasn't many fixtures on the Tuesday, a possible visit to Rochester United for their game with Tunbridge Wells was a possible on the Wednesday as my good mate Barnsey a fellow Gills fan mentioned to me on Saturday but decided to give it a miss and save Rochester for another day. I was toying with the idea with Merstham, but decided why not. Another chance to see Dulwich play as I was quite impressed with them the previous Tuesday at home to Leatherhead, plus they have a few Gills ex players playing for them. Gavin Tomlin, Jacob Erskine and Ashley Carew. Also Kevin James who is currently a coach at Dulwich used to play for Gillingham as well. So after checking train prices, and how to get there, a return for £8.80 as well so can't really complain at that. Anyway, I left home around 5 and nipped into the bookies to put some bets on, this week didn't go to according to play as the previous week I was in the money with an accumulator but back to normal this week haha. So after putting some bets on, I left Tonbridge and arrived into Redhill at around 6.25pm. As the train I was going to catch at Redhill got cancelled, luckily there was a train shortly after but left there around 7.10pm and got to Merstham a few minutes later. A quick 8 minute walk to the ground from the station and was at the ground by 7.25pm. £12 to get in and £3 for a programme. Wasn't a bad little ground I thought, I hate to imagine what it's like there in the winter, but for summer months it's not bad. After walking round the ground and taking some pics, quickly spoke to Kevin James an ex Gills player, a nice guy in all fairness. Not really a lot to say game wise, Dulwich were far by the better side and look quite strong heading into the Play Offs. 2 goals from ex Gills striker Gavin Tomlin, an assist from him which saw the lad Marc Weatherstone get the 3rd goal and Michael Chambers scoring the 4th to kill the game off. The win for Dulwich saw them secure the Play Offs as they move up to 3rd in the table. Not been a bad evening in Surrey, another ground off the list. 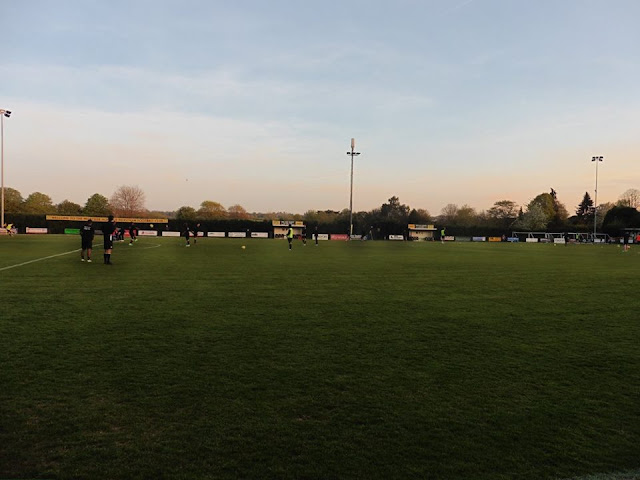 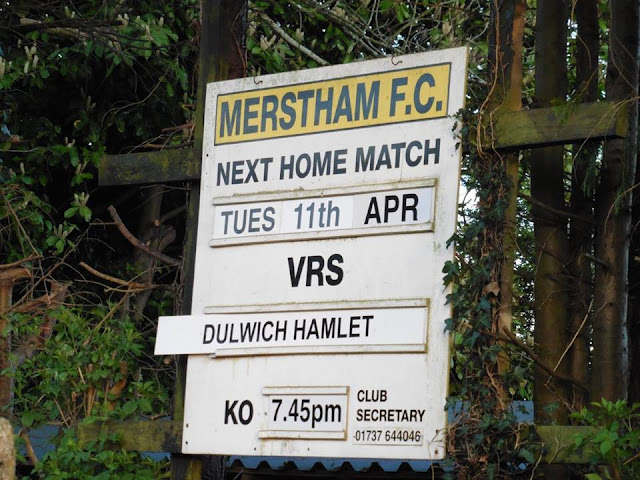 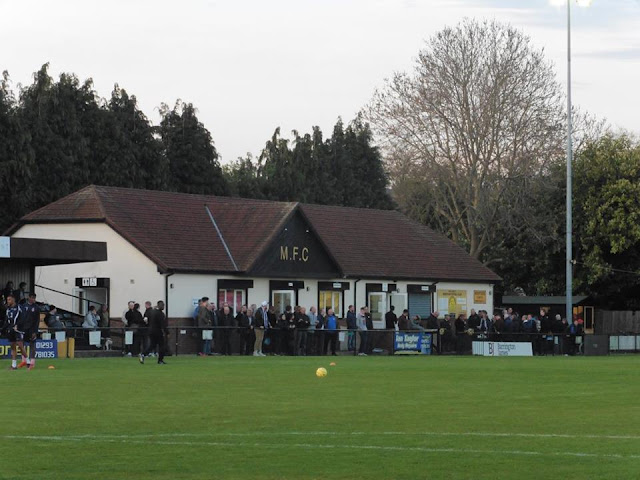 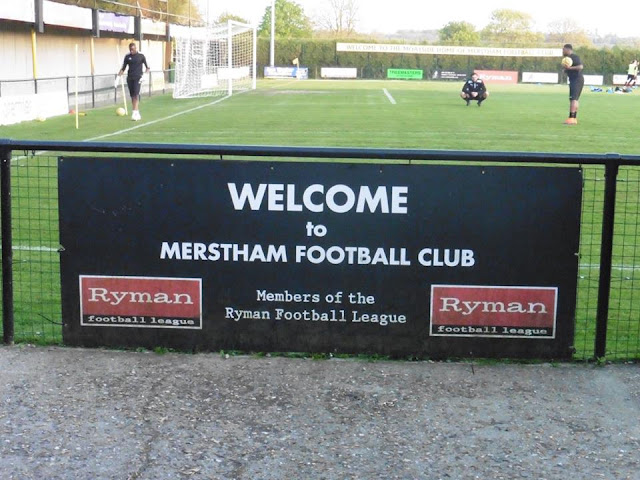 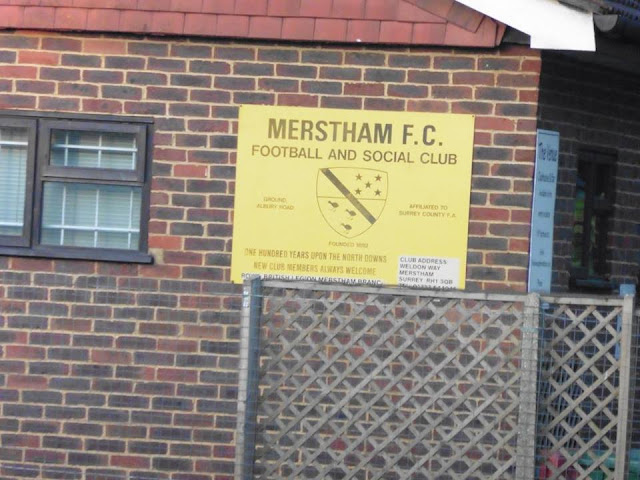 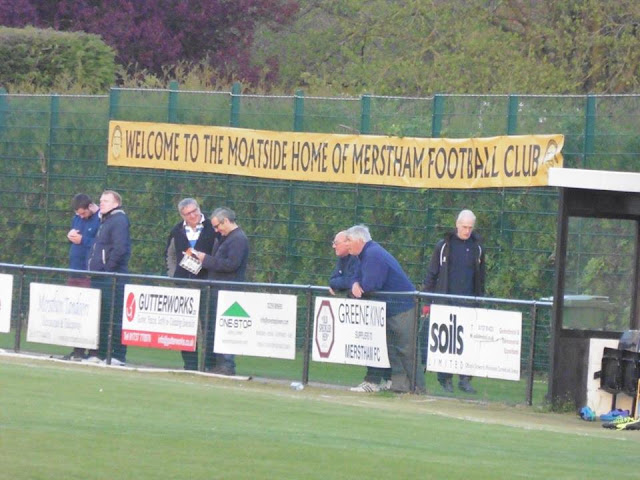 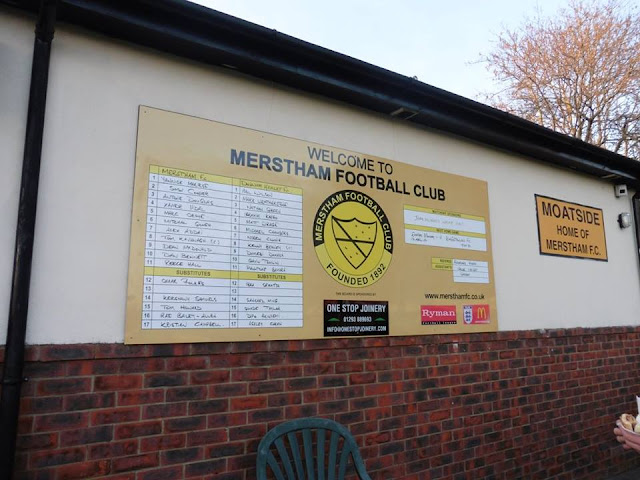 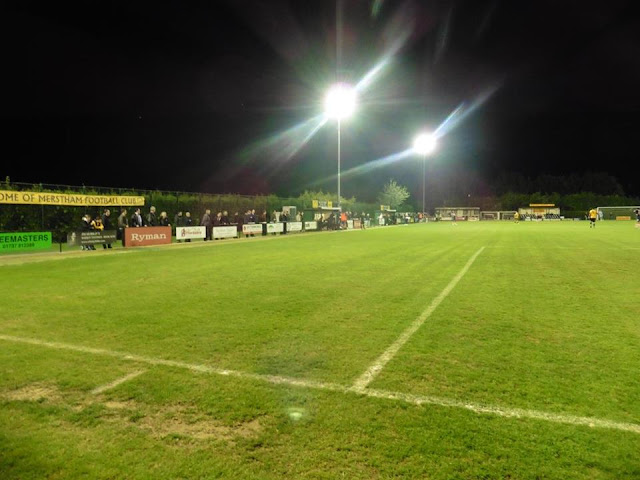 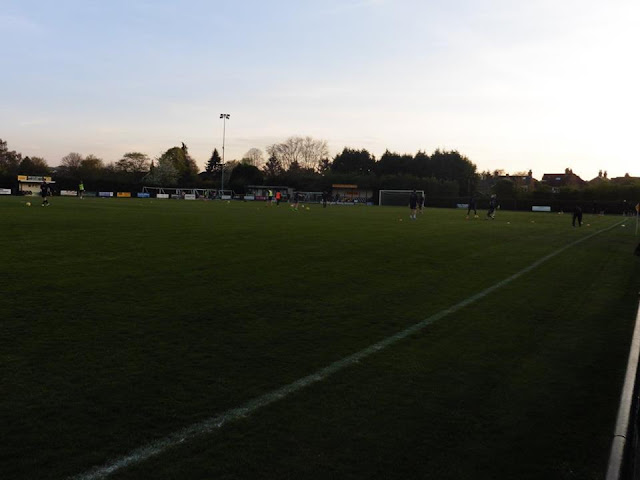 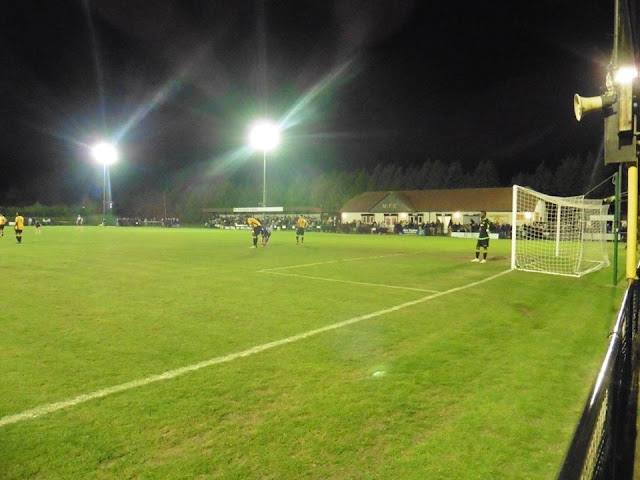 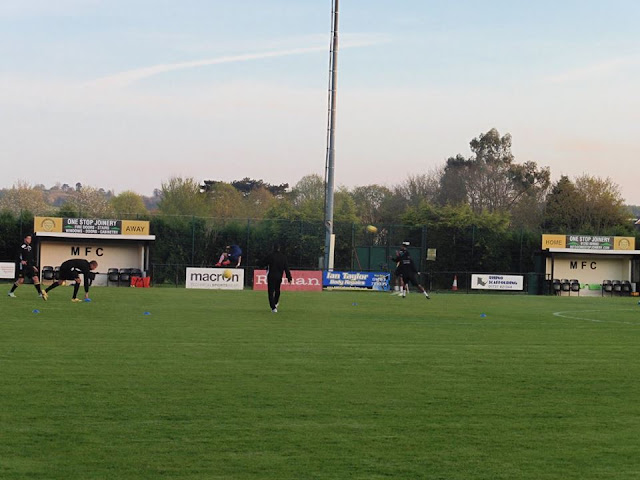 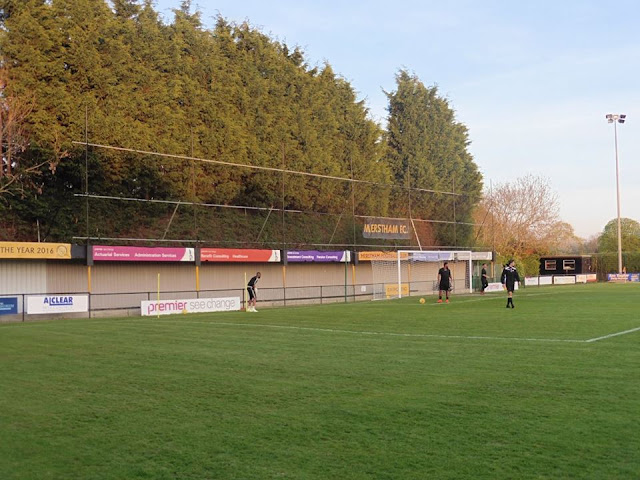 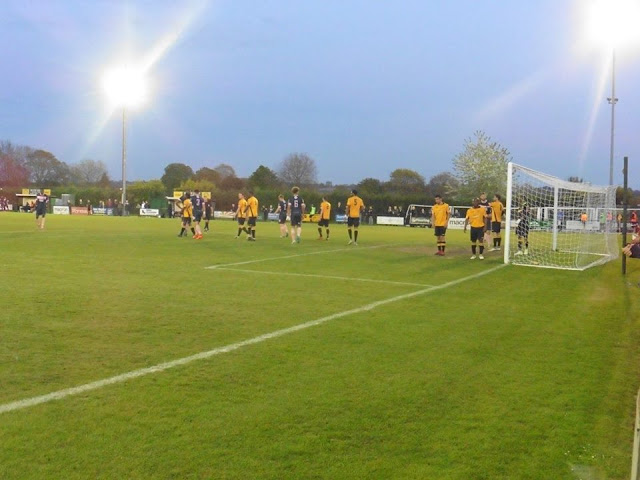 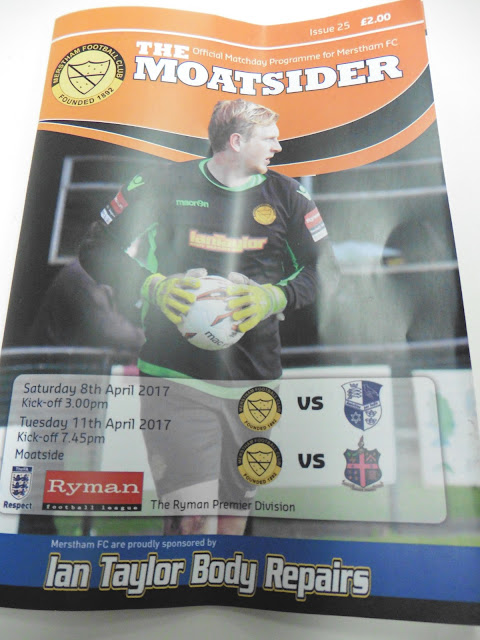 Posted by Football Grounds at 15:17