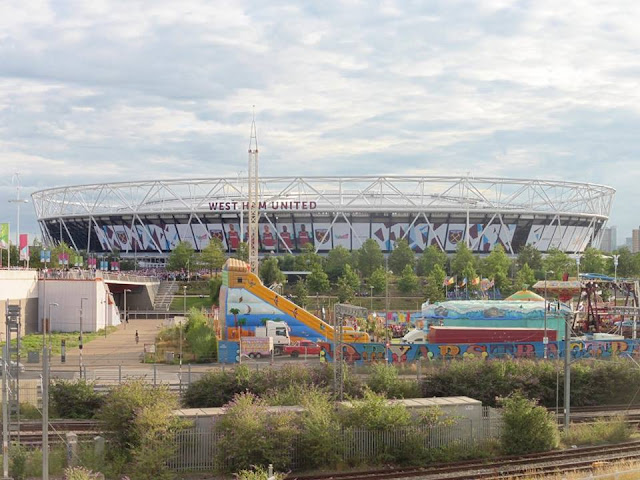 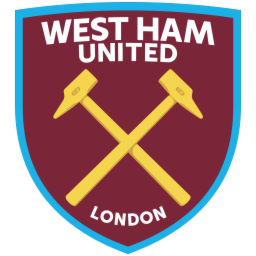 HISTORY/FACTS ABOUT THE HAMMERS: 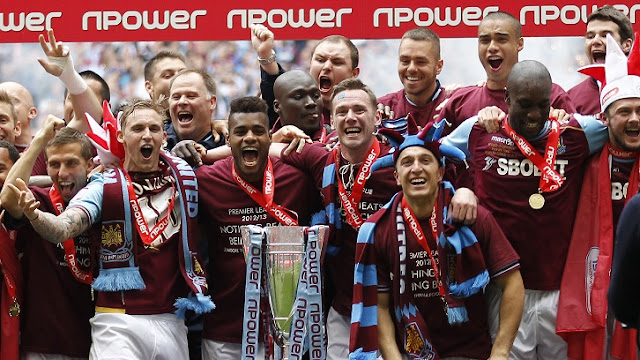 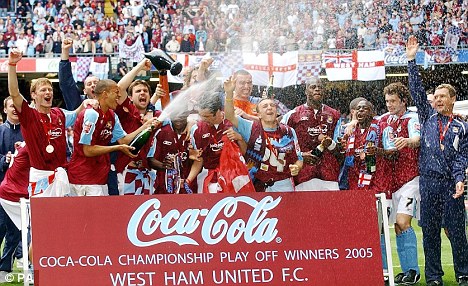 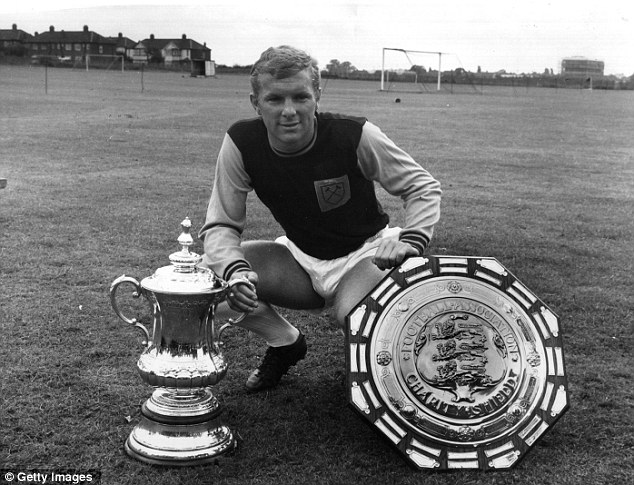 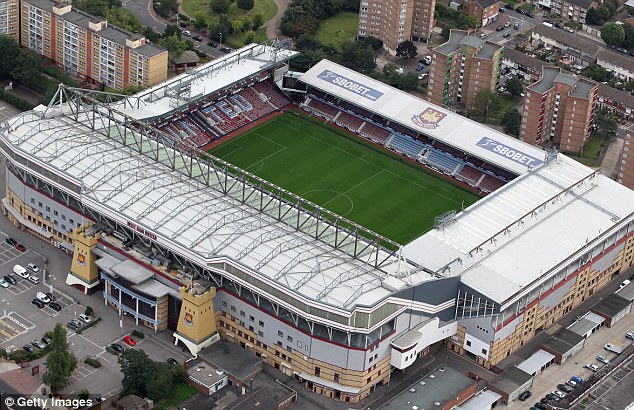 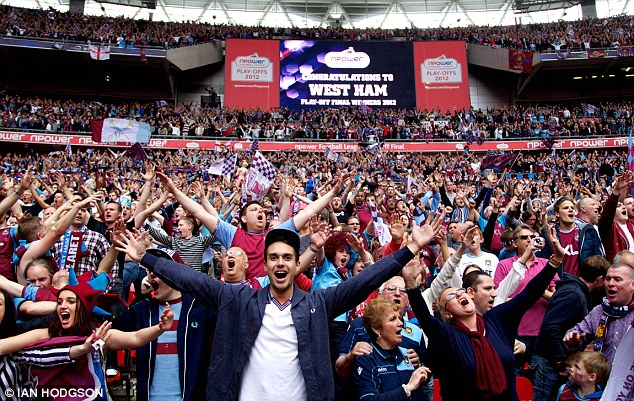 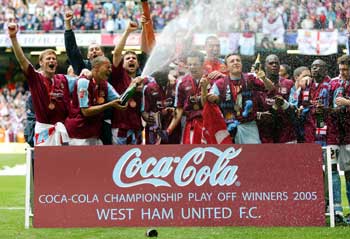 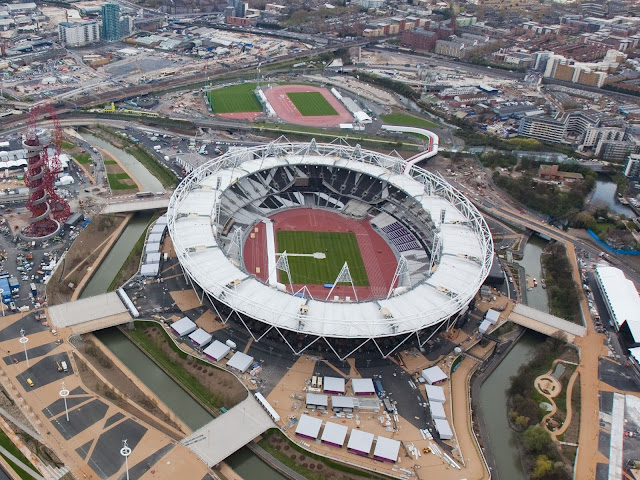 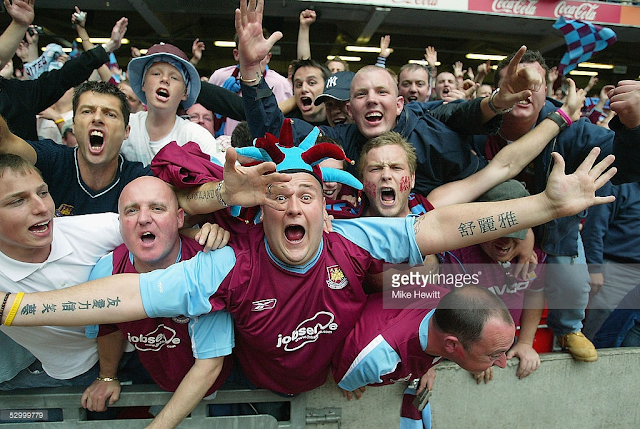 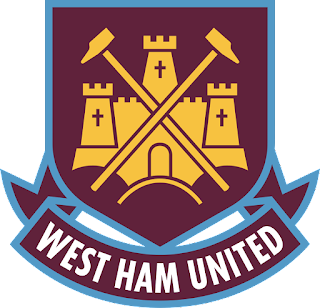 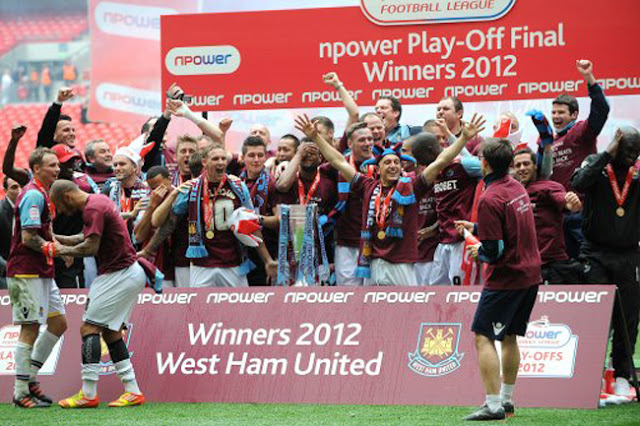 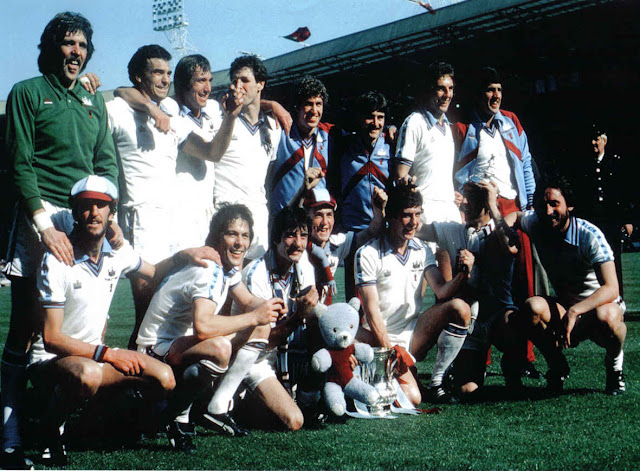 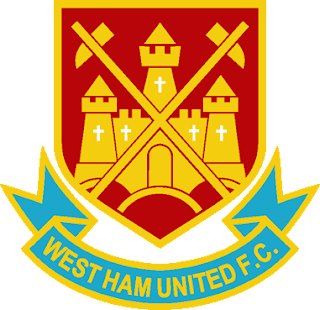 
My visit to the Olympic Stadium came about just a few days before West Ham's qualifier game with Domzale when I noticed a couple of mates I know from Gills post up on Facebook about the game as of course it's a new ground of the 92. Anyway 1 of my mates posted up a status on Facebook asking if anyone would like to go with him to the game, so I thought I'd check ticket prices as the Olympic Stadium was on my agenda to tick off this season anyway, plus my girlfriend is a West Ham fan, so I'm sure I was bound to tick it off eventually. Anyway after discovering prices, there was a section in the ground where tickets were a tenner, and other sections were a bit more. So after thinking about it, I thought stuff it, why not! Luckily as well I've been working all week and Thursday just happened to be on my day off and I didn't have much planned during the day, so a chance to watch a bit of footy, why not. Anyway after spending time with my other half, I left just after 5pm and got into Strood just before 6 and met up with a good mate of mine, Barnsey. Left just after 6, and got to the ground about half 6ish. And of course, I was expecting it to be fairly packed. Anyway queued up for about 10 minutes or so for a programme, I thought I'd get myself one as of course it will be worth something in the future. Then we got into the ground around 7ish. My thoughts on the ground, I'd say it's a nice ground, but of course it wasn't Upton Park. To read on my previous 2 visits to Upton Park, you can do so, by clicking on the link here. I can understand why West Ham moved, more capacity but I think in the long run, it will be better for West Ham, so we shall we. Anyway onto the game itself, Domzale didn't play too badly, just on the night West Ham were quite strong and took their chances when it came to them. Plus being the first ever game at the Olympic Stadium, I was expecting West Ham to go through comfortably anyway and they did. 2 goals from Cheikhou Kouyate and a goal from Sofiane Feghouli with 9 minutes to go saw West Ham through to the next round. Overall, it was a decent night, another ground off the list!

West Ham United moved to The Olympic Stadium or otherwise known as The London Stadium in August 2016 after previously playing at the Boleyn Ground (Upton Park) for 112 years. The London Stadium has a total capacity of 66,000 but can hold more for concerts. Stratford International station and Stratford station are within walking distance of the ground, between 10-15 minutes. 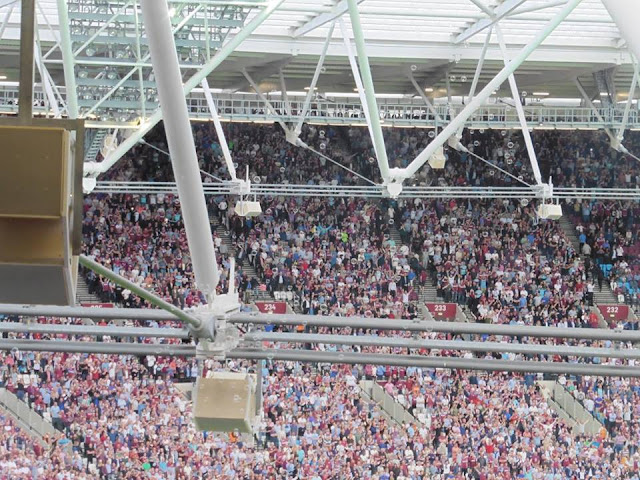 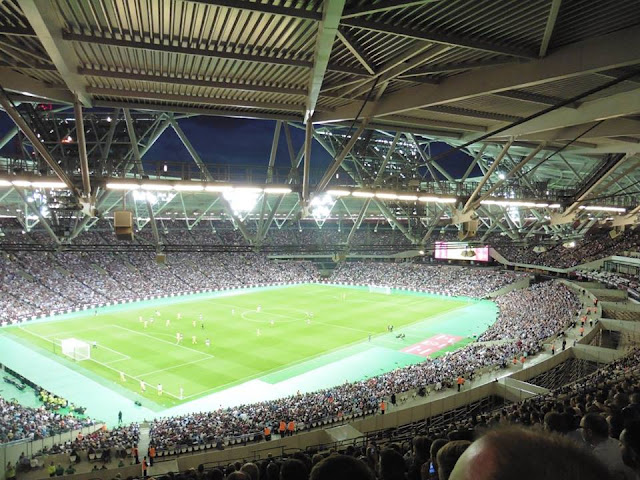 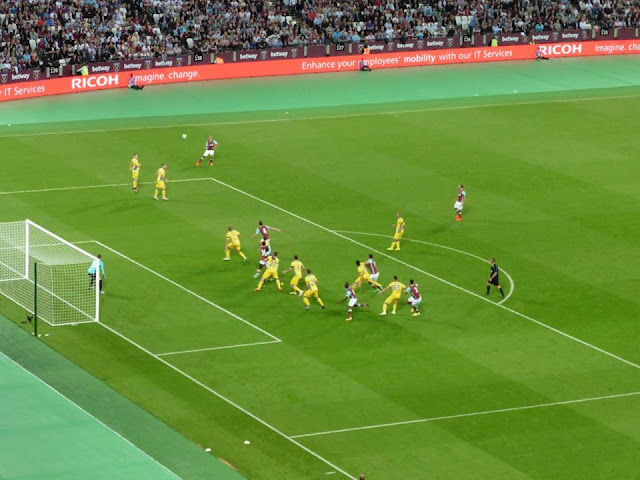 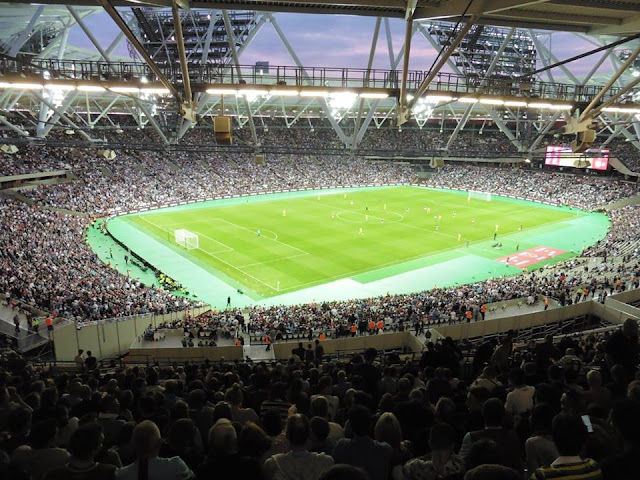 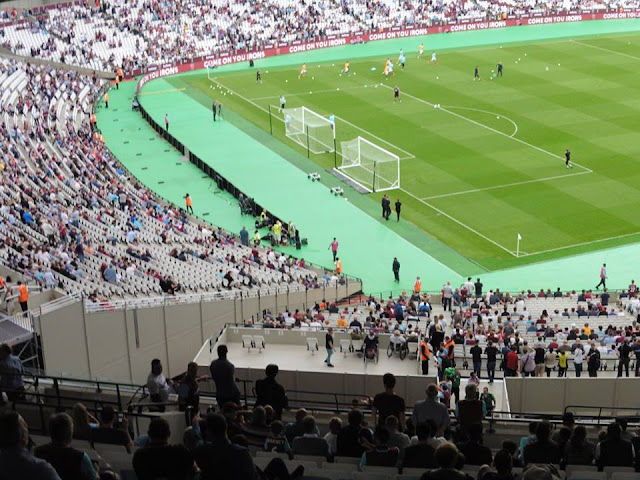 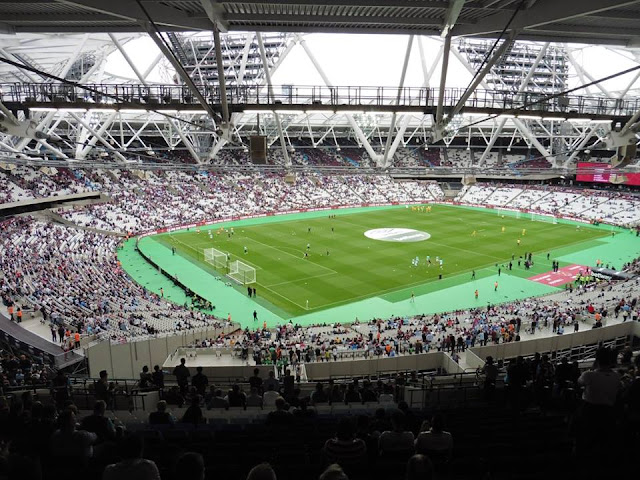 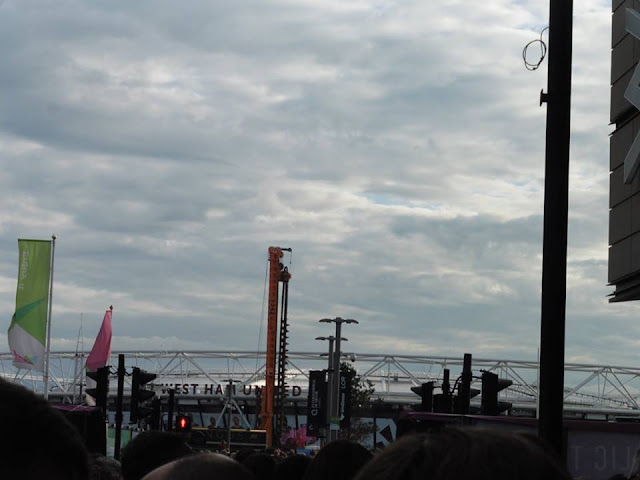 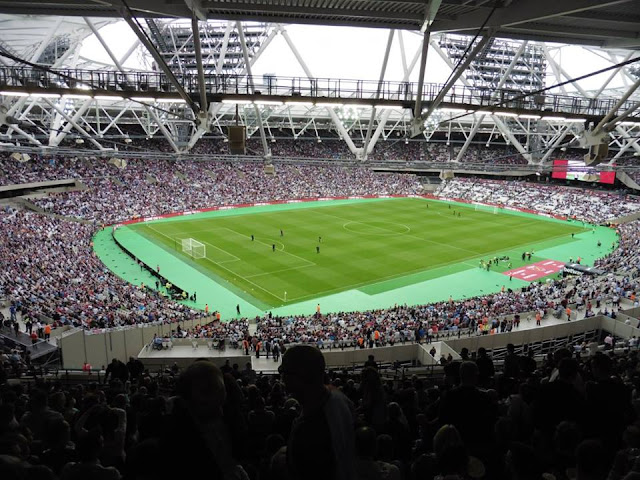 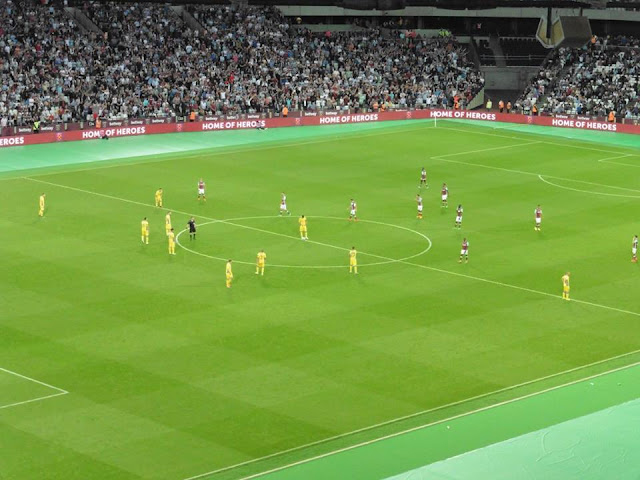 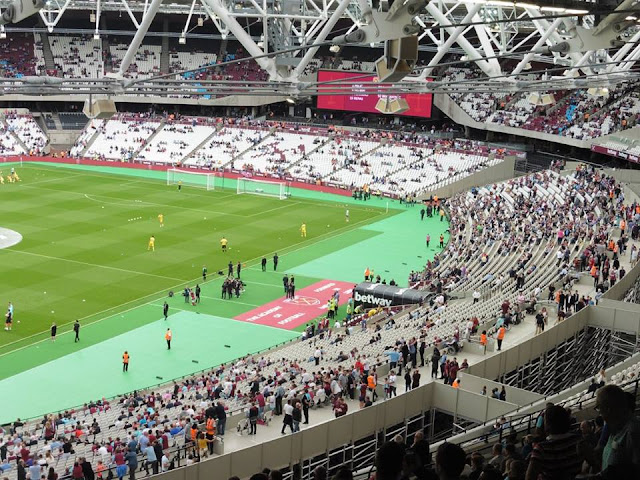 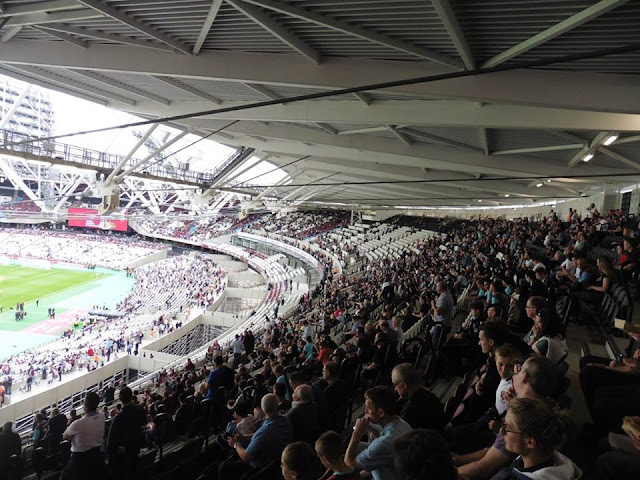 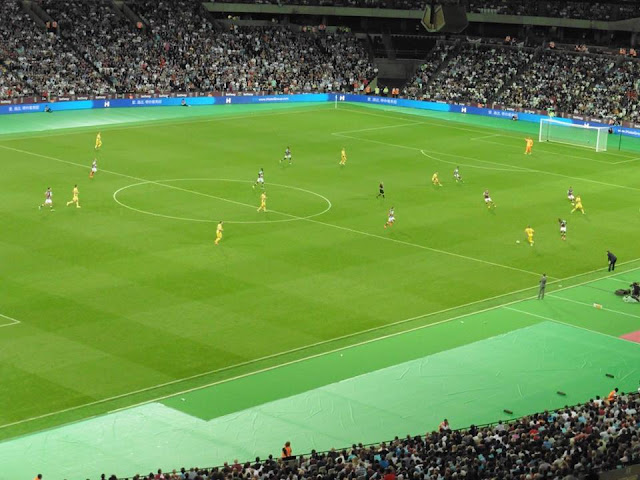 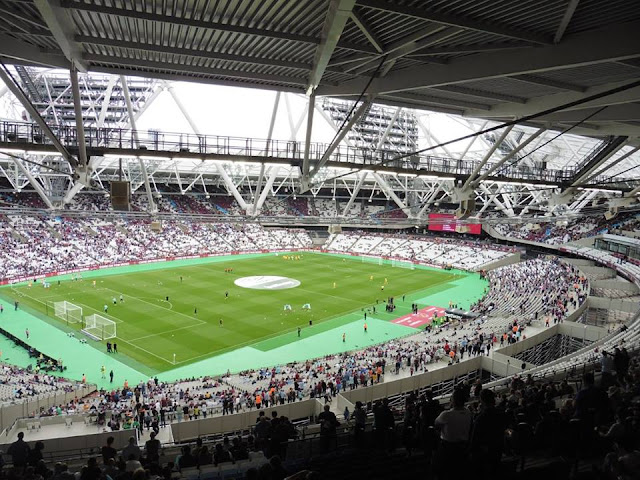 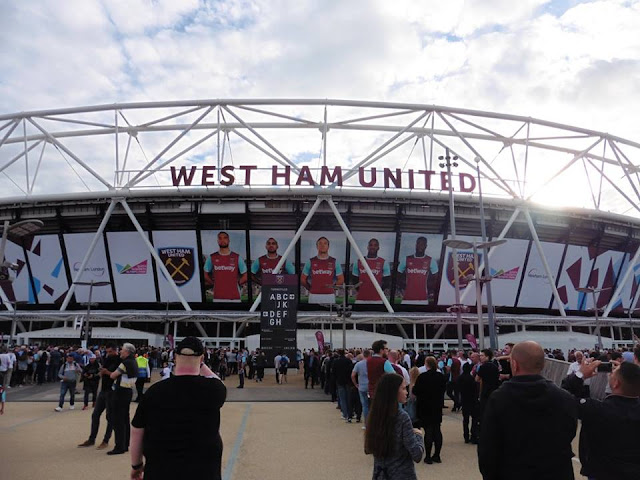 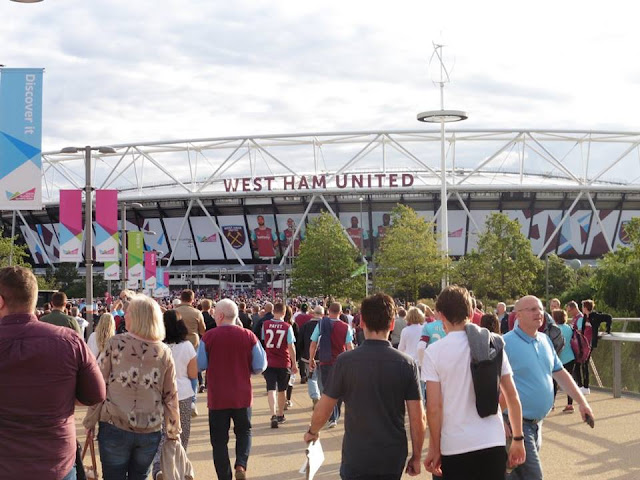 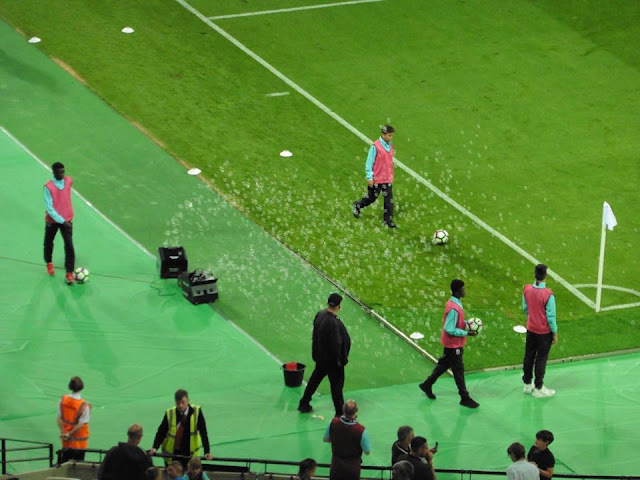 Posted by Football Grounds at 15:16