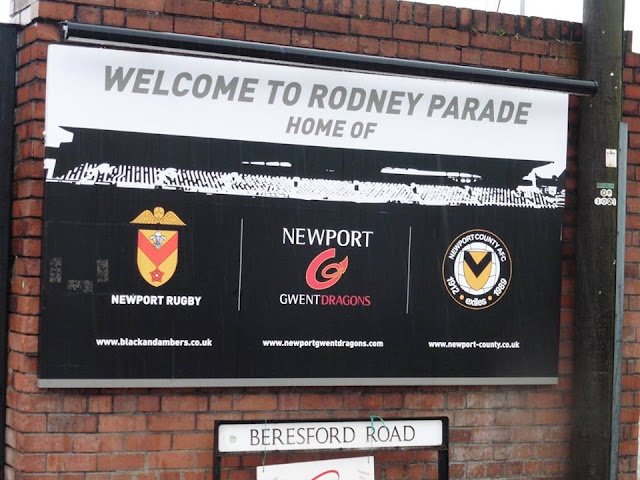 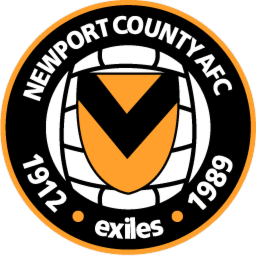 HISTORY/FACTS ABOUT THE EXILES: 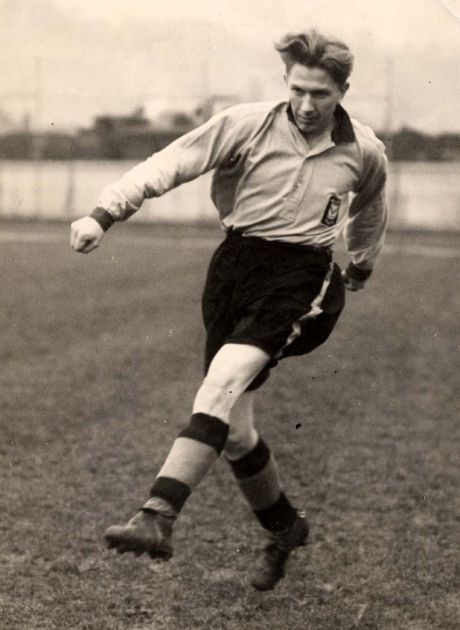 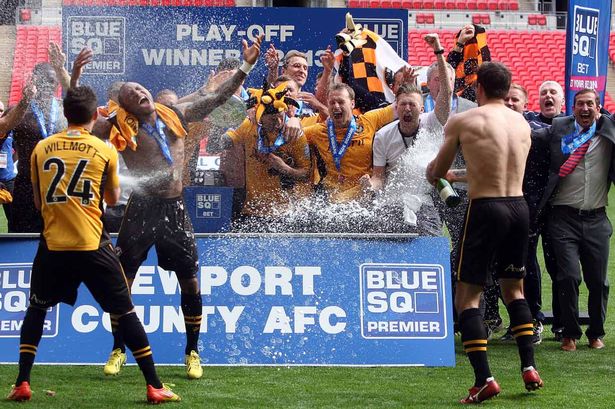 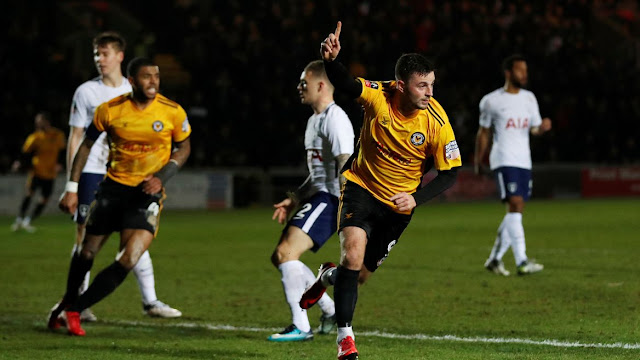 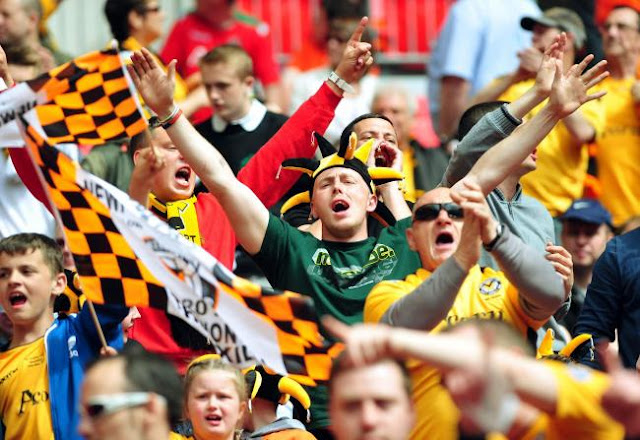 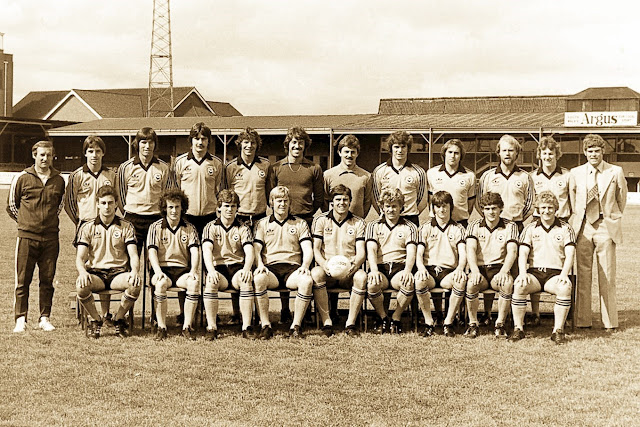 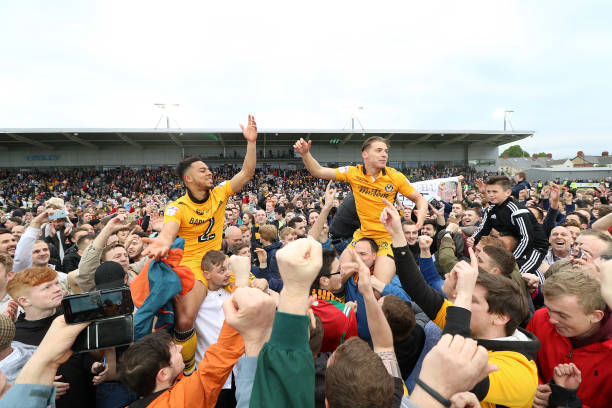 Rodney Parade has been the home of Newport County since 2012, with playing previously at Somerton Park, Newport Stadium and then moving in 2012, which is owned and operated by the Welsh Rugby Union. Rodney Parade has a capacity of 8,700 (7850 for football) in which away supporters are housed on one side of the Bisley Stand where around 580 supporters can be allocated. Although if needs more, there is also a stand behind the goal for visiting supporters as well. Newport railway station is around a 10 minute walk from the ground.

My first visit to Rodney Parade came about when back in July I think it was, Gillingham's game with Sheffield United at home got moved to the Sunday due to Sky TV moving our fixture, so luckily that gave me a free Saturday. So, after looking at the fixtures, the only ground of the 92 I hadn't done was Newport as the only League One ground I hadn't done was Bolton, but I'm doing that one in December anyway with Gills, and the only home ground in League Two playing that day was Newport. So after looking at train prices, they weren't bad prices, so I quickly booked trains and was ready to go to Newport. So, the day came, and I left home at 9, and got into London just before 10. I was scheduled to leave at dead on 11 but after miscommunication problems, the train got cancelled and left half an hour later instead which made me miss my connecting train at Bath Spa, but luckily I had a back up plan if the worse came to the worse, so in the end I was now scheduled to arrive into Newport at half 2. After getting into Bath just after 1, I left Bath just after half 1, and due to the train being as slow as anything on the way to Newport, I eventually got into Newport at 2.45pm. Quickly rushed to the ground and just made kick off with a few minutes to spare. Anyway the game kicked off in horrendous weather, raining constantly non stop. After a while, the ball did stop traveling at times on the Newport side of the pitch, and I did start to worry about it being abandoned, but Barnet did take the lead through John Akinde pretty much straight from kick off. After that, Newport did press on and had a few occasions where they did look like from scoring but wasn't to be. Anyway half time blew, and it did continue to rain. Eventually the players came out, and the Barnet players were saying it's been called off which did quite annoy me after travelling all this way to see 45 minutes of football, but can understand. It was unplayable and safety for the players does come first, but just a bit annoying but hey ho, shit happens, life goes on. Anyway, after only seeing a 45 minute game, I'm not counting it as another ground of the 92, so I'm guessing in some ways, it was just a flying visit to South Wales? Haha. Anyway after killing a bit of time and having a quick look round Newport, I eventually left just after half 5 and got home after 9pm. Sad to say, Rodney Parade isn't a ground off the list, but I'm sure eventually in my life time, I will be coming back to Newport once again. 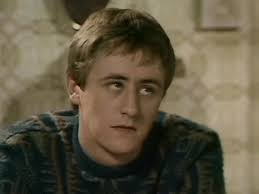 When I thought of the name Rodney Parade, there could only be one man which reminded me and of course, Rodney Trotter from Only Fools and Horses. Oh and seeing Rodney's face there pretty summed up my day in Newport on my first visit.

VISIT 2 TO NEWPORT, THIS TIME NO ABANDONMENT!

My 2nd visit to Newport came in March just before Easter. I originally planned on going to Hull v Aston Villa in the Championship, but that got moved to the Saturday, so that mucked up as I had train tickets already but luckily I hadn't spent too much on them. After that got moved, it was a choice of Middlesbrough v Wolves, that was a half 5 kick off which would have been tight on getting home, plus train prices were ridiculously expensive, or the other League Two grounds I hadn't done were Lincoln who were at home to Exeter, and Grimsby who were at home to Stevenage. I opted for Newport, really I just wanted to get the ground done as my only visit to Newport ended up being a disaster as their game with Barnet in 2016 got abandoned at half time. And also to add, Gillingham weren't playing as they played the night before at home to MK Dons, which gave me a free Good Friday game to go to. So as the week went on, I did check the weather every so often in Newport, and of course the forecast was raining which didn't fill me with confidence after last time. So, Good Friday came, and after leaving home at 9am, I arrived into Newport around 1.15pm. After nipping to Ladbrokes to put some bets on, I arrived at the ground around an hour later and took some pictures. The game itself wasn't a bad game, with both sides slugging it out until Newport's Mickey Demetriou put the Exiles 1-0 up a few minutes before half time with a tap in. Also I found out the 2 sides hadn't played each other since 1961. 2nd half was pretty much the same, a great save from Coventry's keeper from the lad Burge to deny a header from Frank Nouble onto the bar, but Coventry levelled it up on 79 minutes from Maxime Biamou with a mistake at the back. Probably a fair result in the end, also was relieved at full time as it meant Rodney Parade was ticked off the list! Also good to see a couple of ex Gills in Michael Flynn the current Newport boss and Frank Nouble who also plays for Newport. I arrived home shortly after 10pm, which saw me tick off ground number 84 of 92 with 8 left to go. 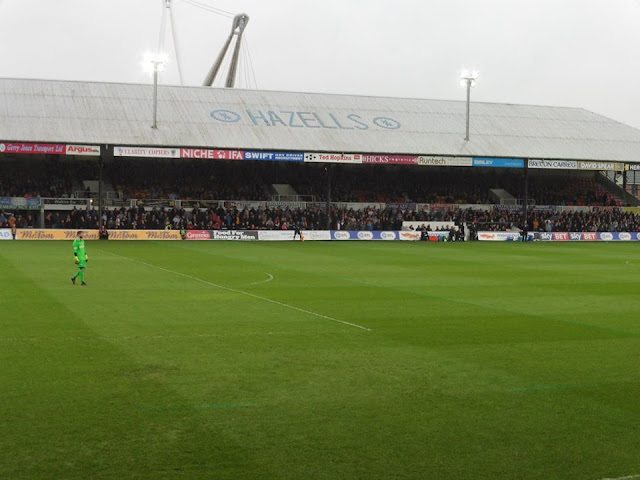 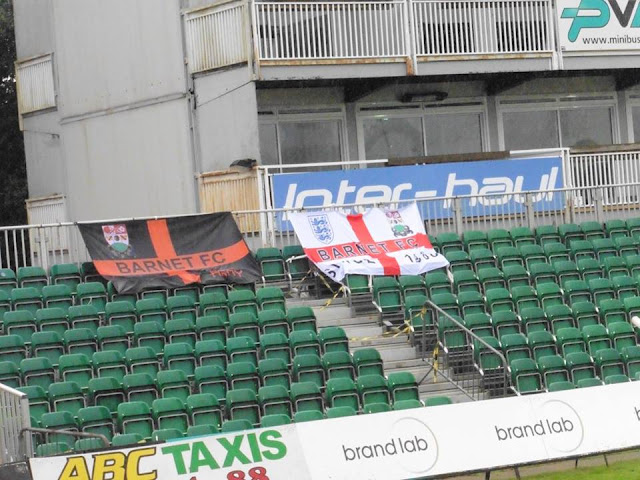 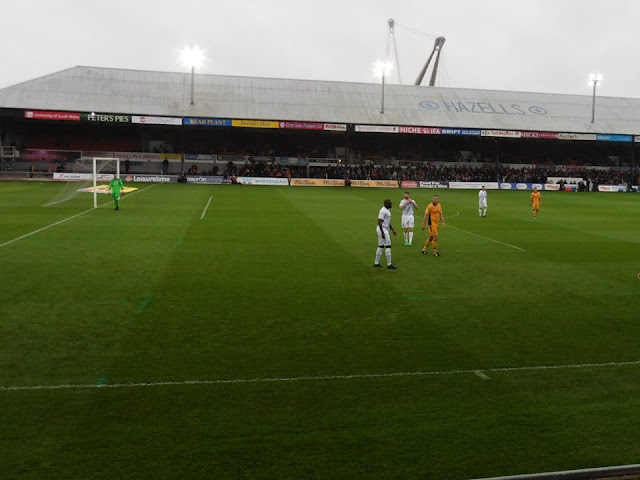 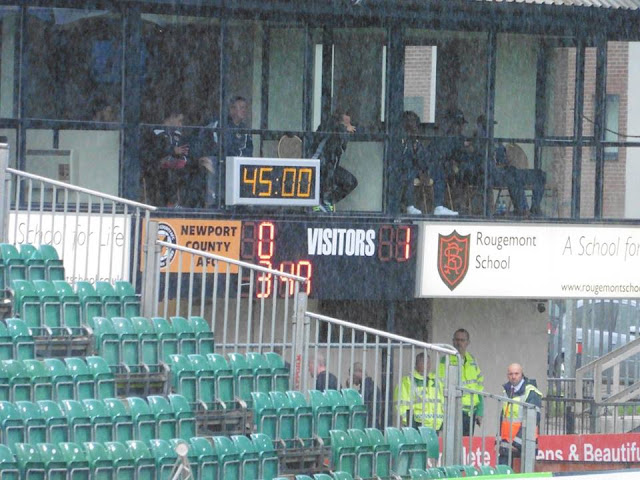 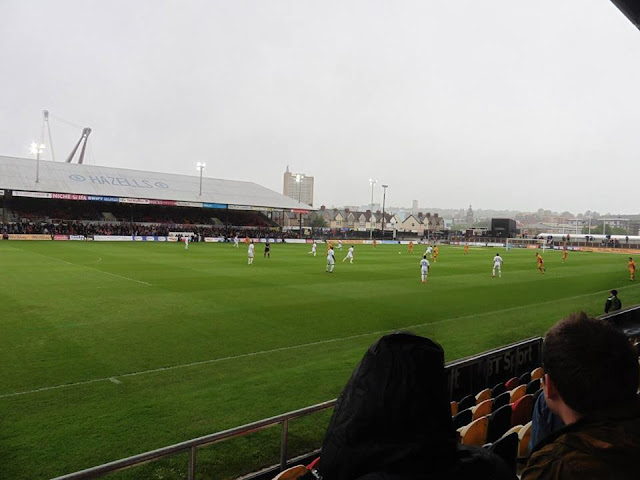 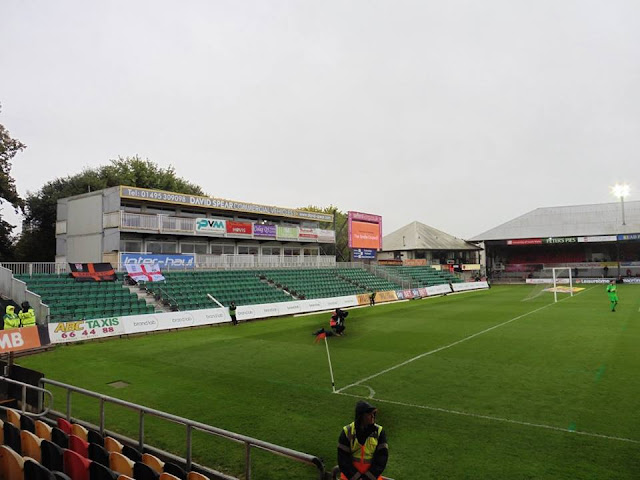 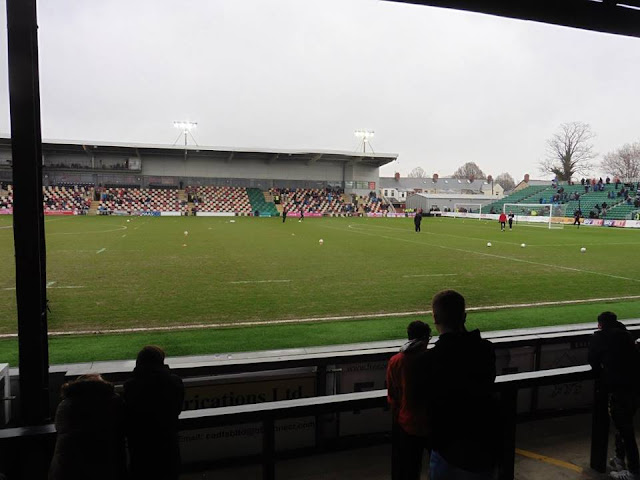 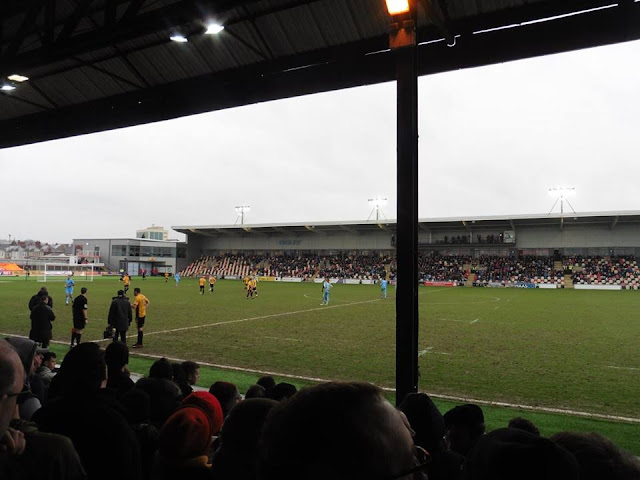 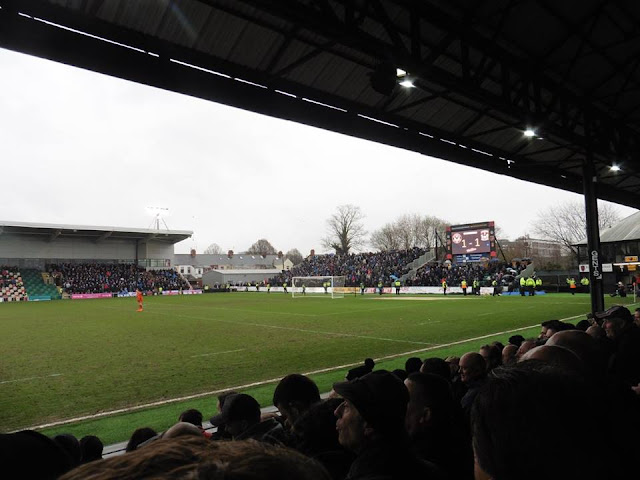 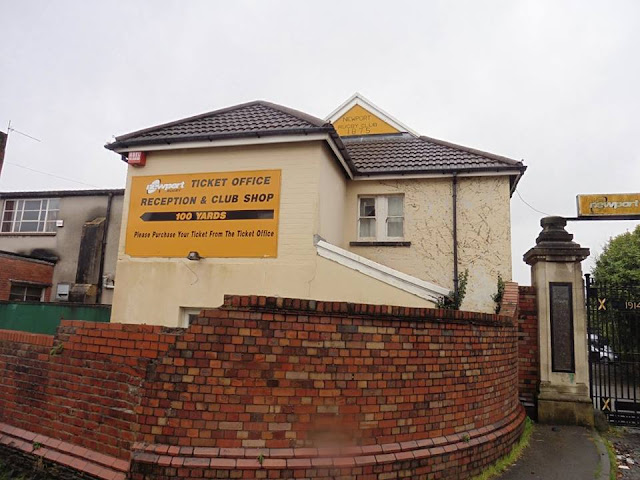 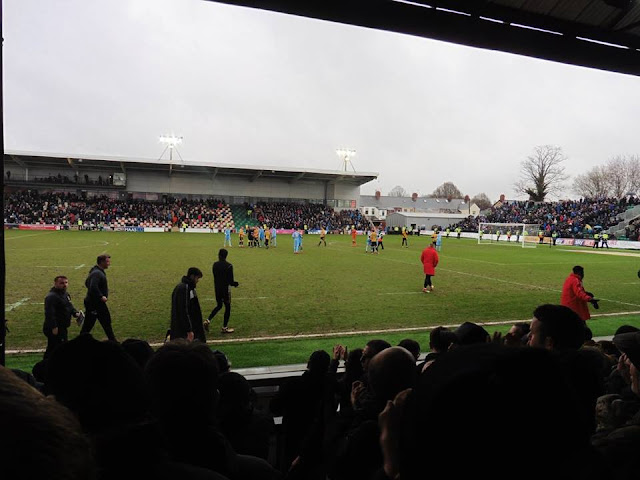 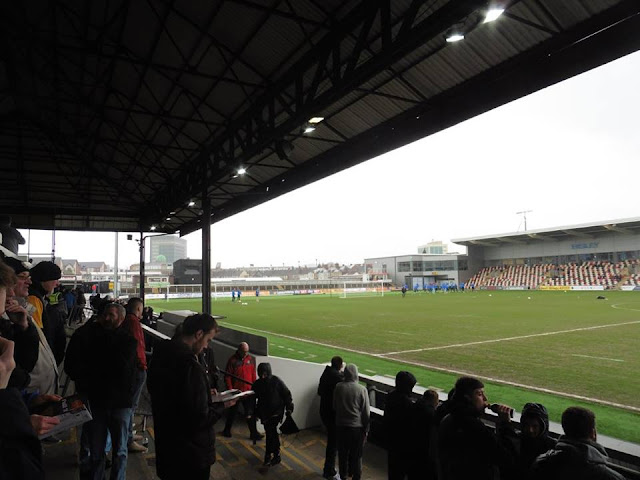 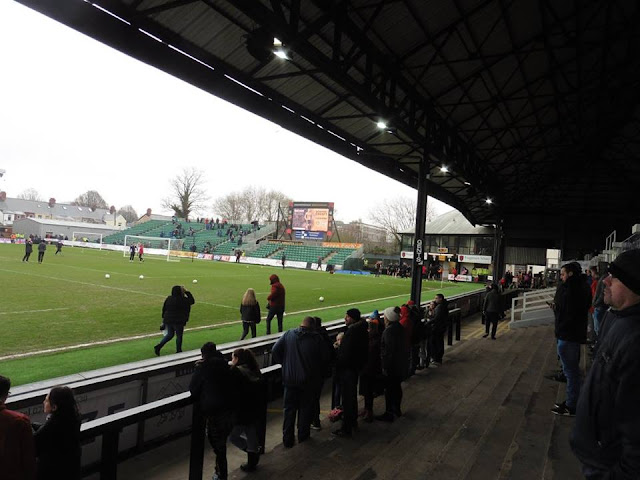 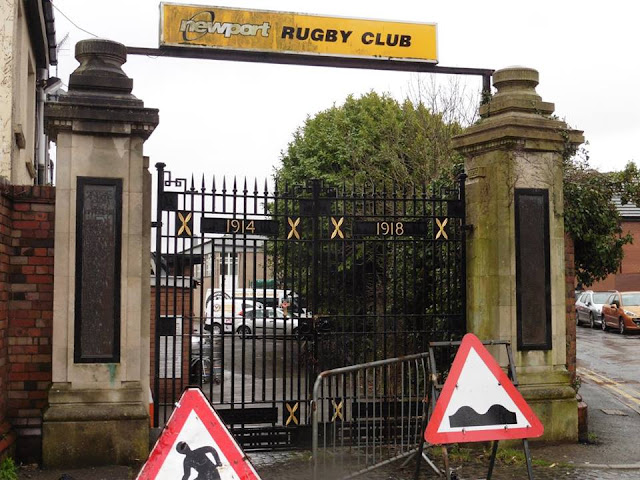 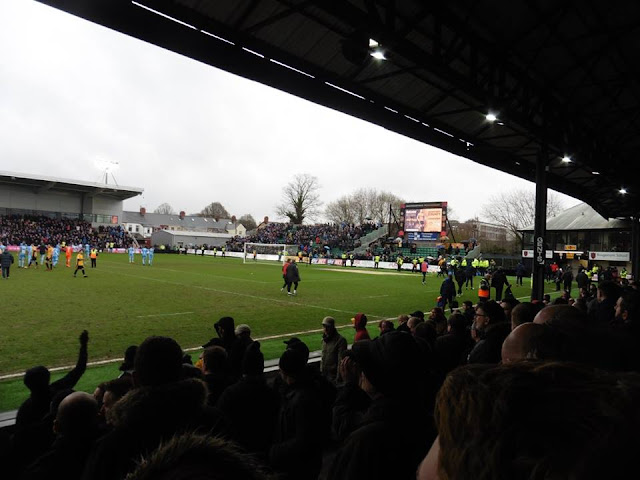 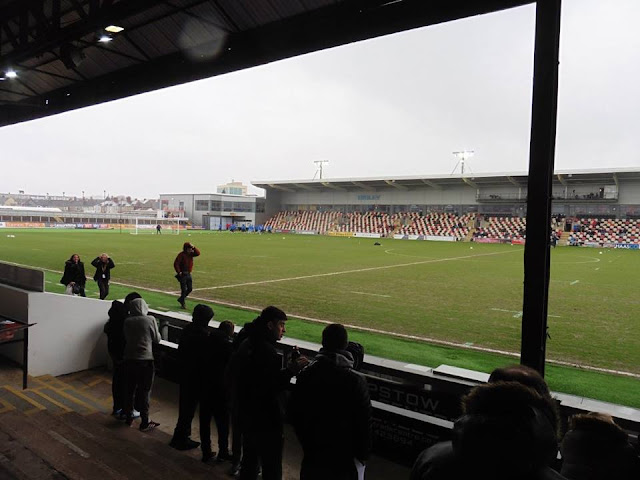 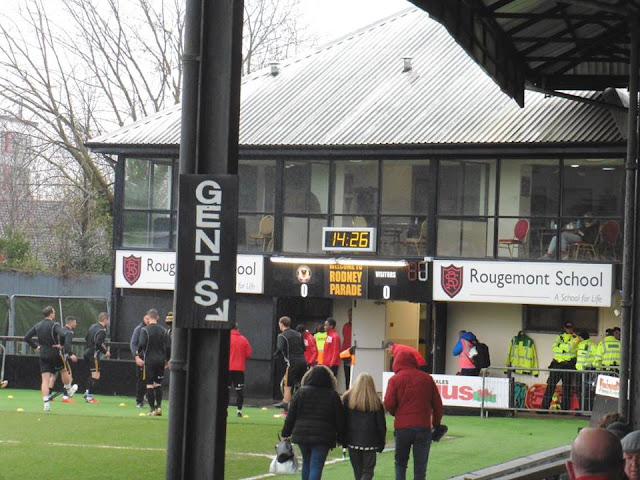 Posted by Football Grounds at 18:10