Chesterfield's former ground Saltergate. (Not my picture by the way, copyright to the person who took it)

My only visit to Saltergate was back in February 2010. I decided that season I wasn't going to do as many away games as I liked with Gillingham due to the long distance relationship with my ex girlfriend who happened to be an Aldershot Town fan. So, on the day I decided to give the long dreaded journey to Carlisle a miss although I hadn't done it by then, I decided to visit Chesterfield instead and watch Aldershot play there. It wasn't a bad little ground to go to, a good atmosphere from what I can remember at Saltergate from when I went. Anyway from the day I can remember, I remember meeting up once again with a good mate of mine, Adam who is a Sheffield Wednesday fan and came with his dad, and came to the game as well. Aldershot won the game 1-0 from Danny Hylton who scored in the 64th minute to give the Shots 3 points.

Myself and my mate Adam and his dad, both Sheffield Wednesday fans who I met up with at Saltergate.

Since that day, I have been to visit Saltergate to see what it is like now as I thought I'd pop along and visit before heading off to Chesterfield's current ground now (and new) Proact Stadium for Chesterfield away with Gillingham. Saltergate was a fairly old, worn out ground, and Chesterfield moved to the Proact Stadium in 2010. Their first ever competive game there in a League Game was a 2-1 victory over Barnet, of course probably a Chesterfield legend in Jack Lester scoring 1 of the goals. (Always scores against Gillingham) And Chesterfield's last ever game came against Bournemouth which also ended in a 2-1 win, Derek Niven scoring the last ever goal. Then Saltergate got demolished and sold to Barrett Homes, and now on the site it is all housing. When I visited Saltergate back in October of 2015, what was nice to see is a plaque which is remembered, saying "Saltergate 1874-2010" which was nice. 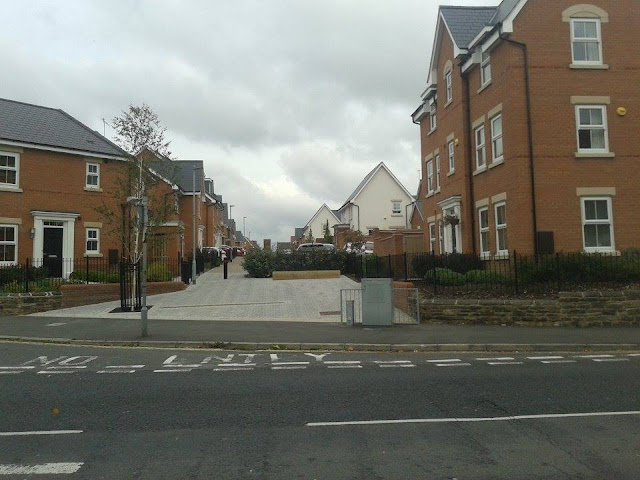 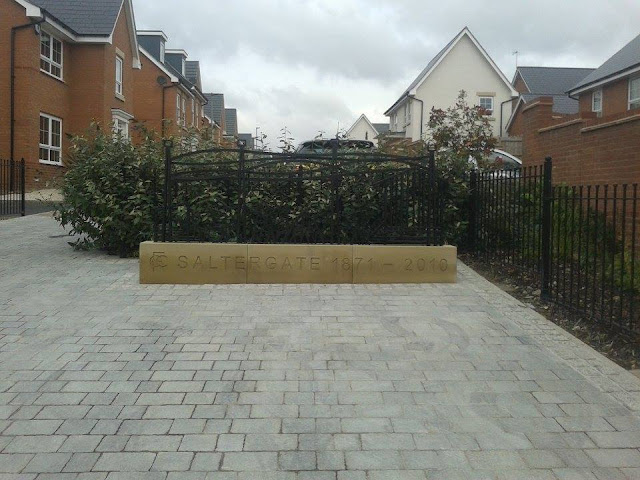 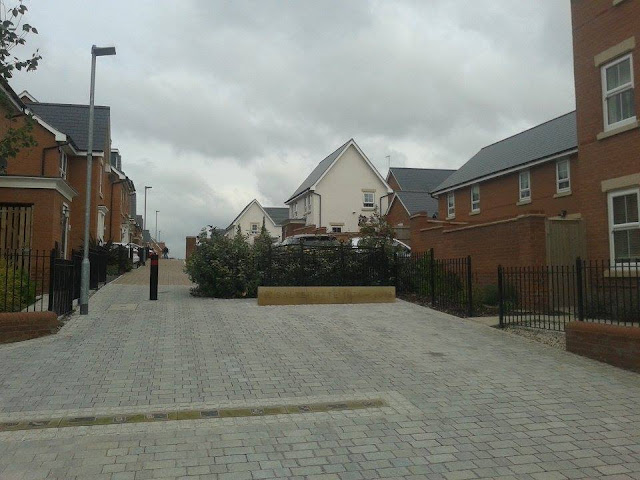