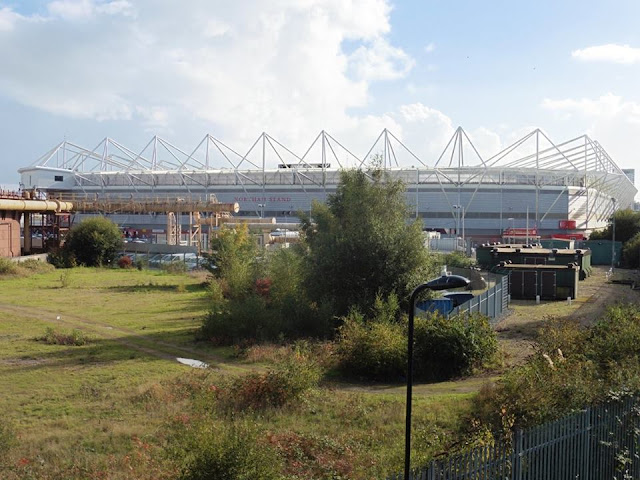 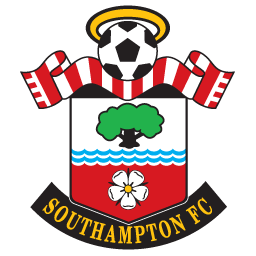 HISTORY/FACTS ABOUT THE SAINTS: 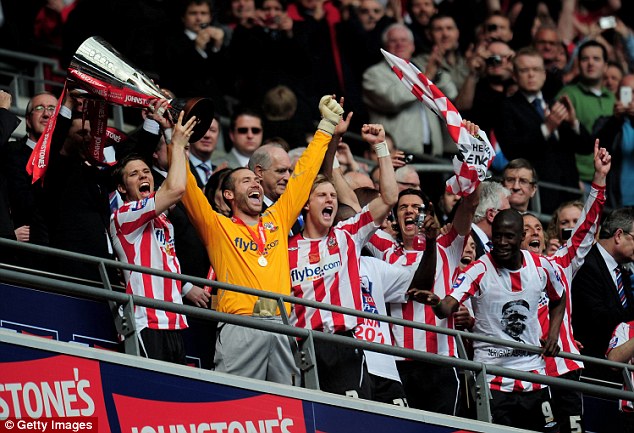 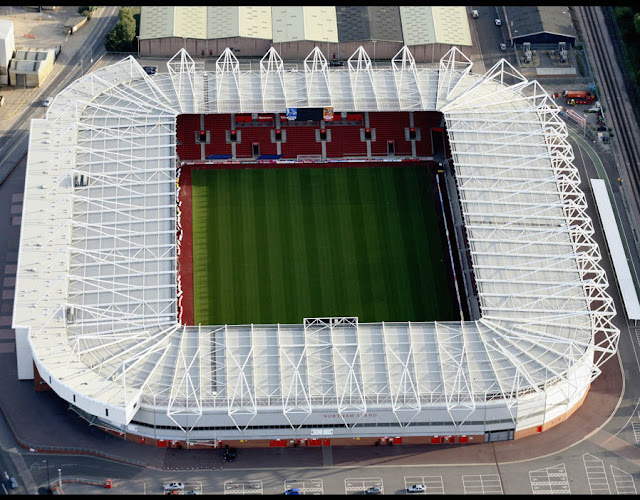 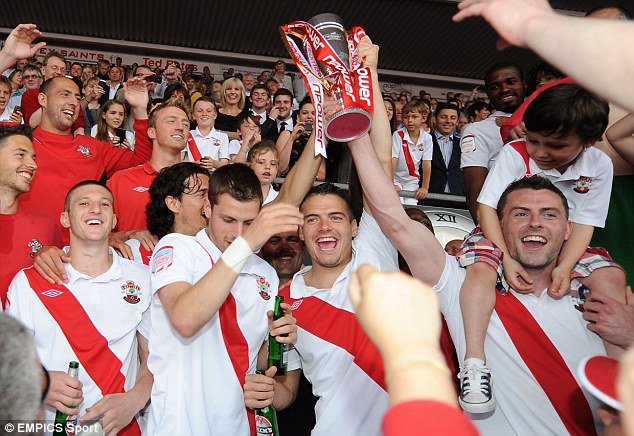 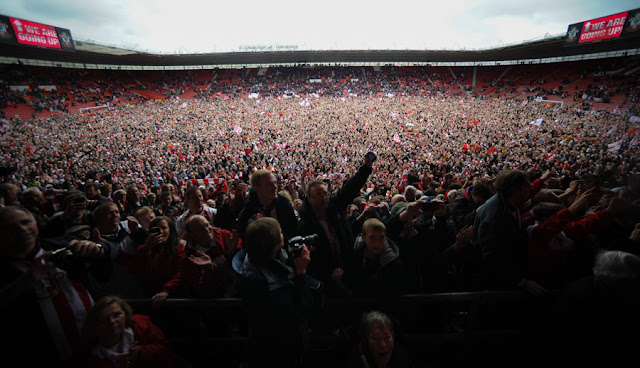 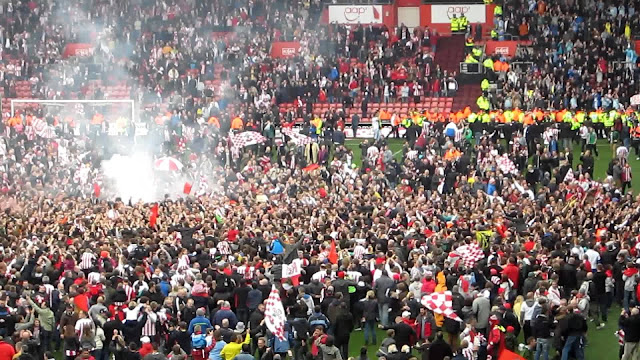 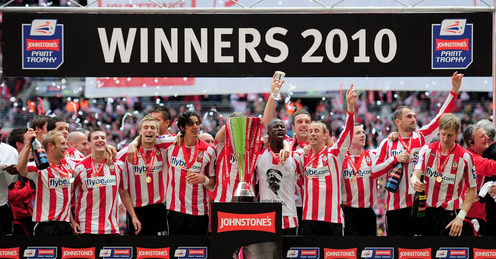 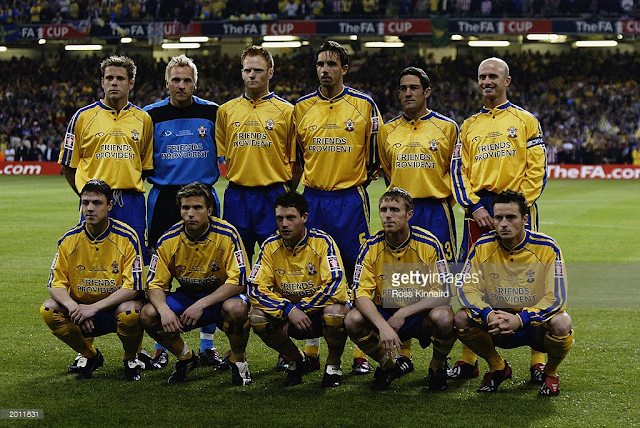 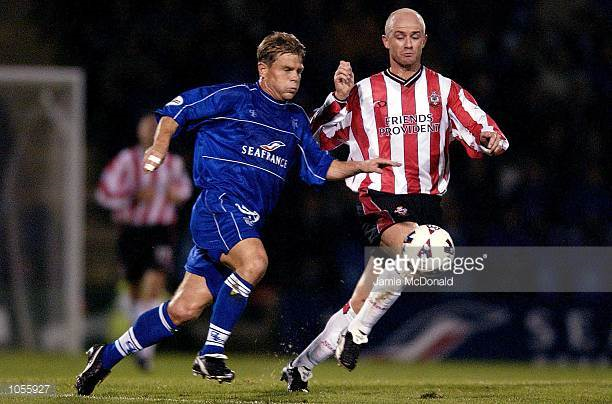 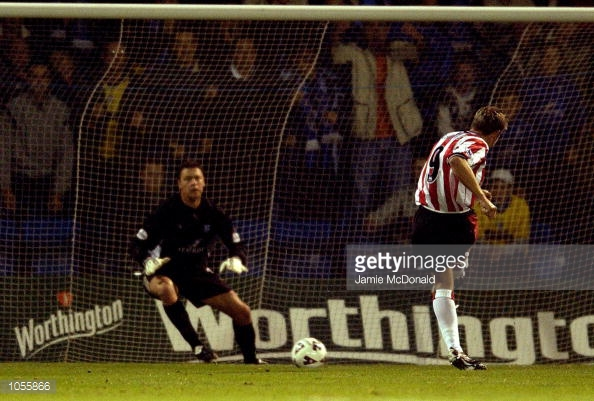 After playing at The Dell for 103 years, Southampton moved to the brand new St Mary's in 2001. The ground holds 32,505. It's a lovely stadium to visit, was hugely impressed when I visited. Away fans are housed in the Northam Stand which is situated behind the goal. Away fans can be allocated up to 3,300 and could be allocated more. Southampton Central is the station I went to when I visited St Mary's, took me about 30 minutes walk wise to get to the ground from Southampton Central.

My first visit to St Mary's came about when I was checking the fixtures and noticed that Southampton were at home even though coming up in their fixtures, they've got a few Sunday games. Usually I'm not that keen on going to another game after I've been on an away day with Gills, but thought stuff it, why not. Weekend of football, can't go wrong! Anyway I'd been looking forward to this one as St Mary's has looked a nice ground to go to whenever I've seen highlights or live games on TV. After checking out trains and match day tickets, £34 for Match Day Ticket and £10.15 return from home to Southampton going via Surrey without going into London, can't complain! So I quickly snapped it up. Anyway after a dreadful away game once again on Saturday watching Gillingham take the lead at Bristol Rovers and then losing again, I woke up just before 10 and left home half an hour later as I wanted to get to Southampton earlyish to go and visit their old ground The Dell. (Below) 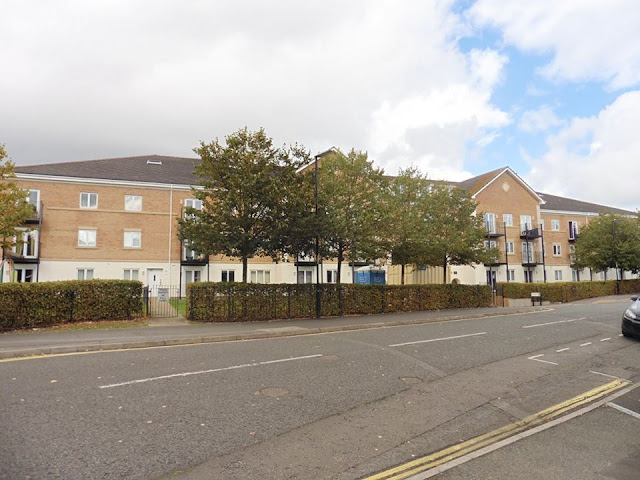 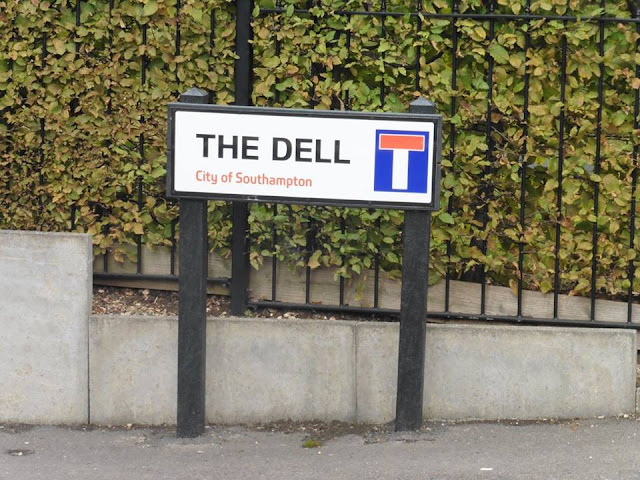 So, after a quick look round at The Dell on what it is now, I then made my way towards back to Southampton Central station and walked to the ground, took around half an hour and got there around 3. Really impressed with the ground, a good game of football and was fairly full despite the game being live on Sky. Bought myself a programme at £4 which I thought was a bit of a rip off, after reading it, was nice to see Gillingham get a mention in it as they were talking about past League Cup games and of course we played Southampton at home in the League Cup one year which saw them beat us with James Beattie scoring twice for them. I vaguely remember that game, I don't think I was there though as it around the year I started supporting Gillingham. Anyway onto the game itself I did see at St Mary's, it wasn't a bad game. First half was fairly even although Charlie Austin should have scored but then made up for it in the 2nd half. 2nd half, was pretty much all Southampton. Great counter-attacking football and finished 3-1 to the Saints, with Charlie Austin getting a couple and Nathan Redmond score as well, who I thought was excellent. After the game it was a well known fact as well after I saw it on Twitter, Southampton had over 30 shots, the most shots in 1 game in the Premier League for 13 years, pretty impressive stuff. But yeah, was an enjoyable day, always nice to see at least 4 goals and a overall a really decent nice ground. 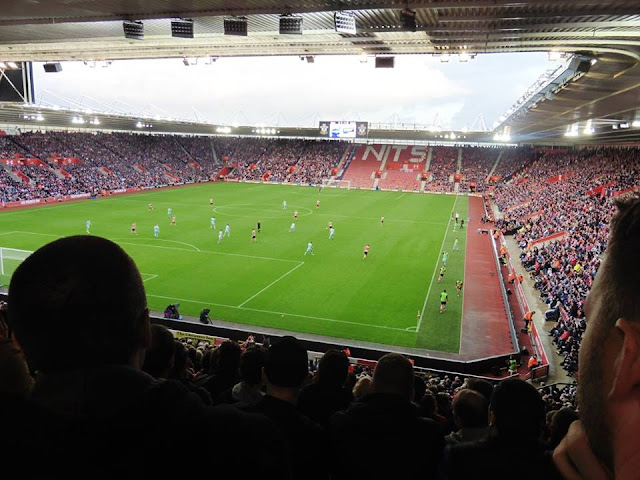 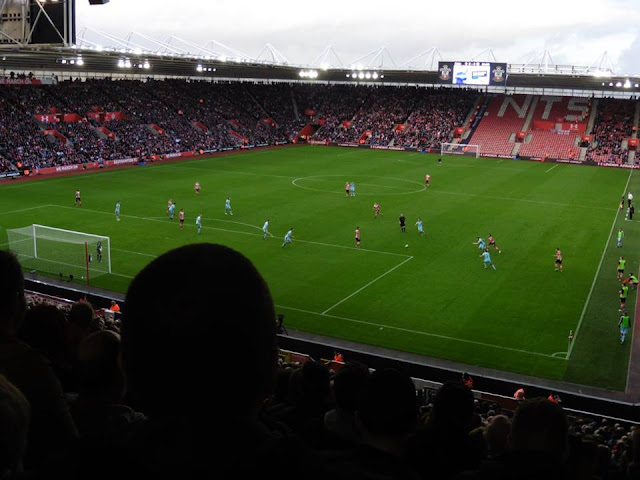 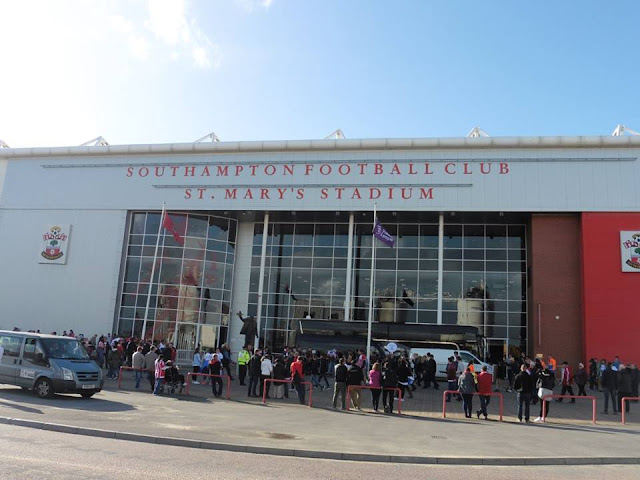 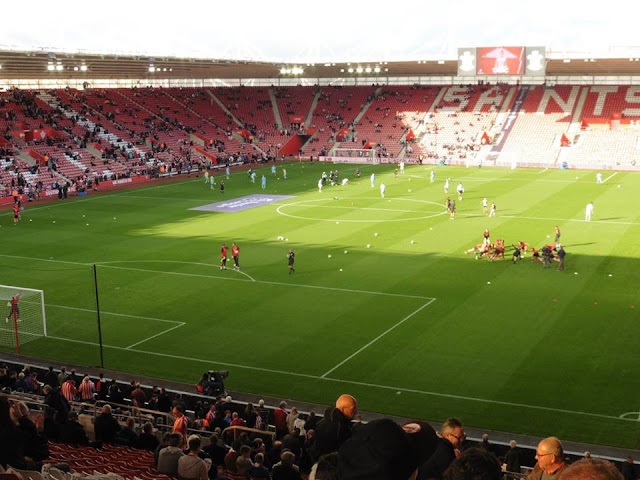 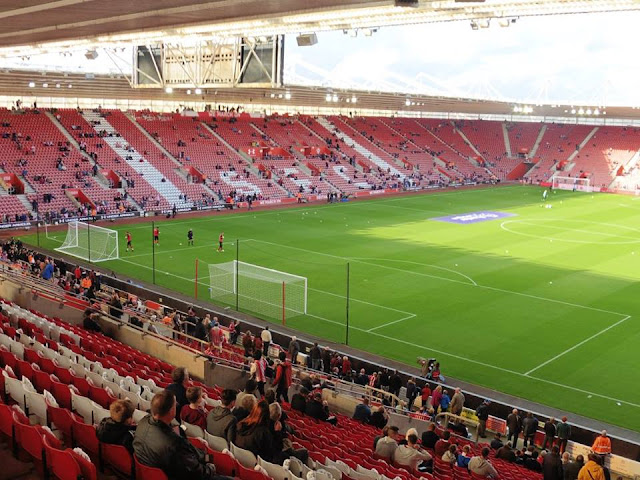 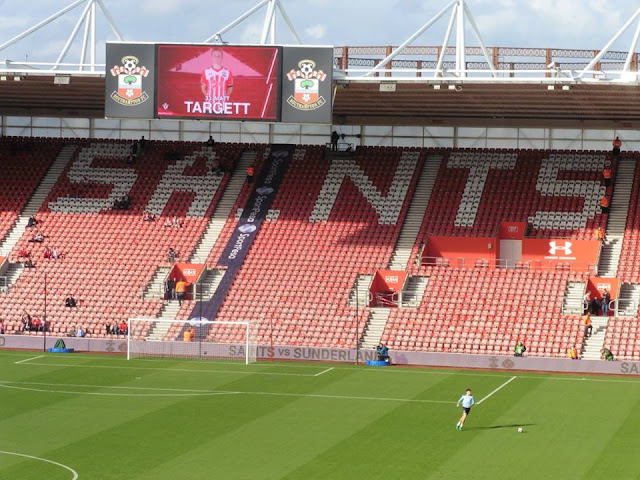 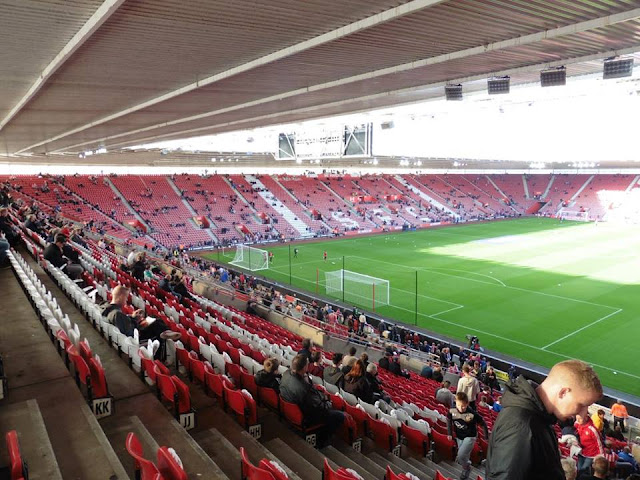 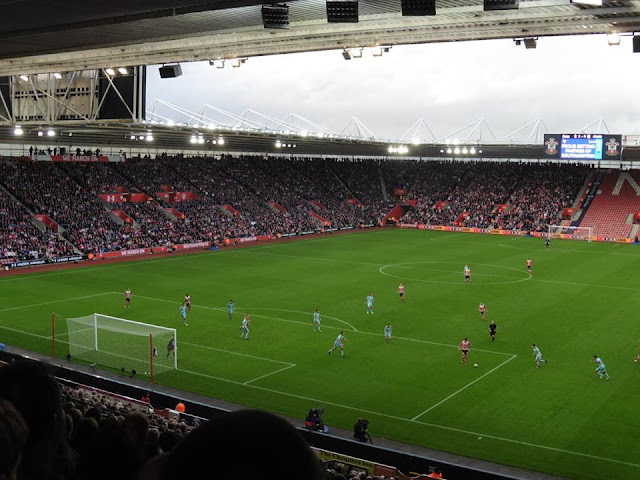 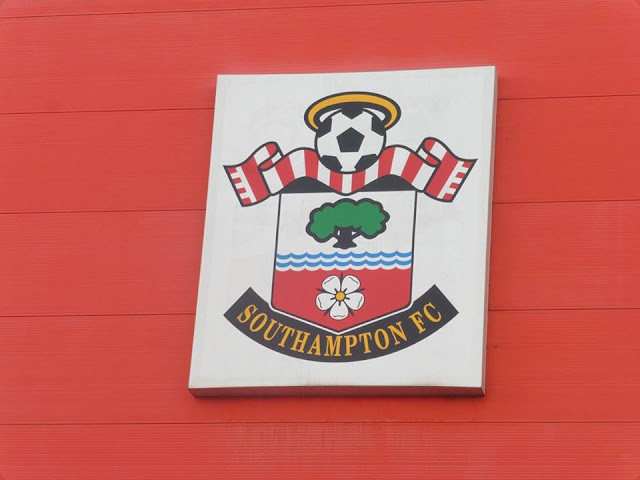 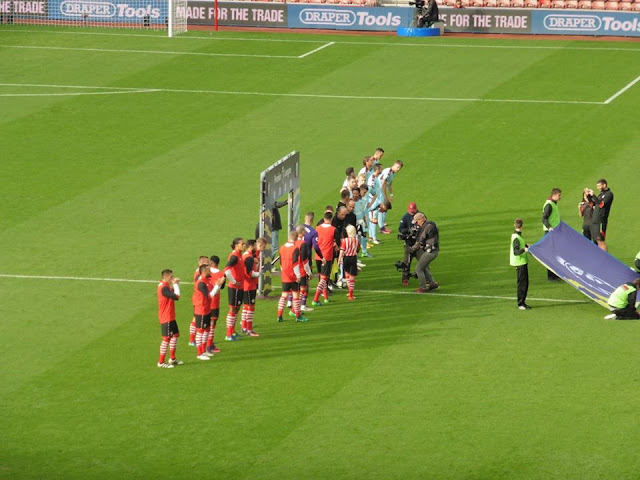 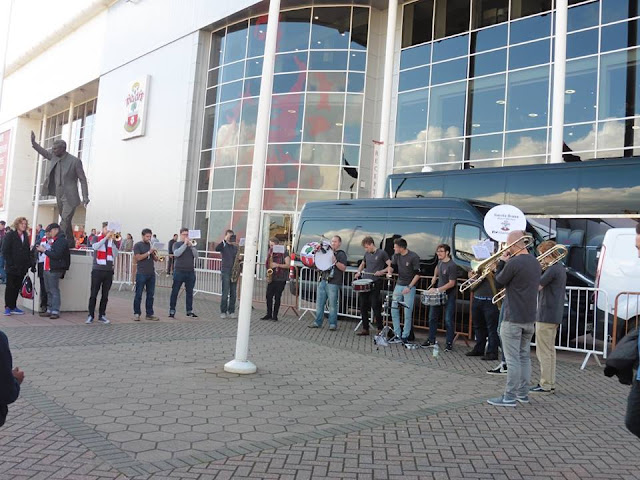 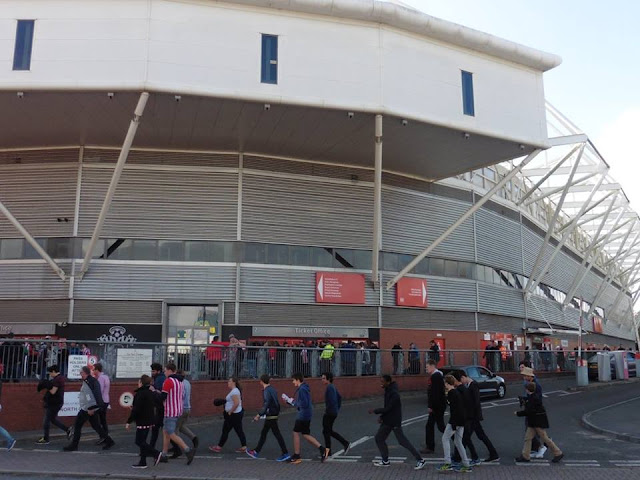 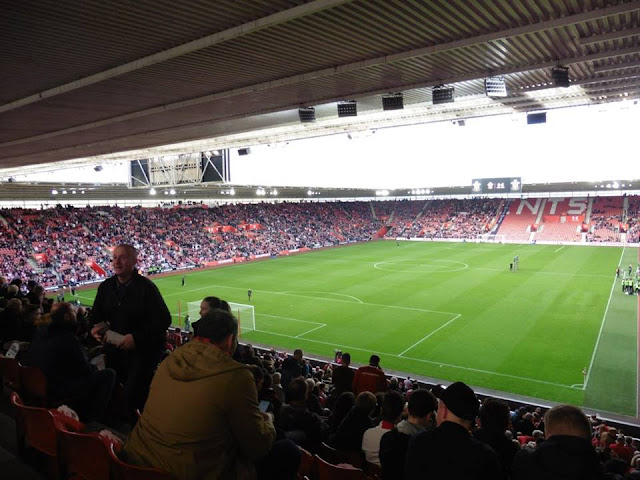 Posted by Football Grounds at 14:58