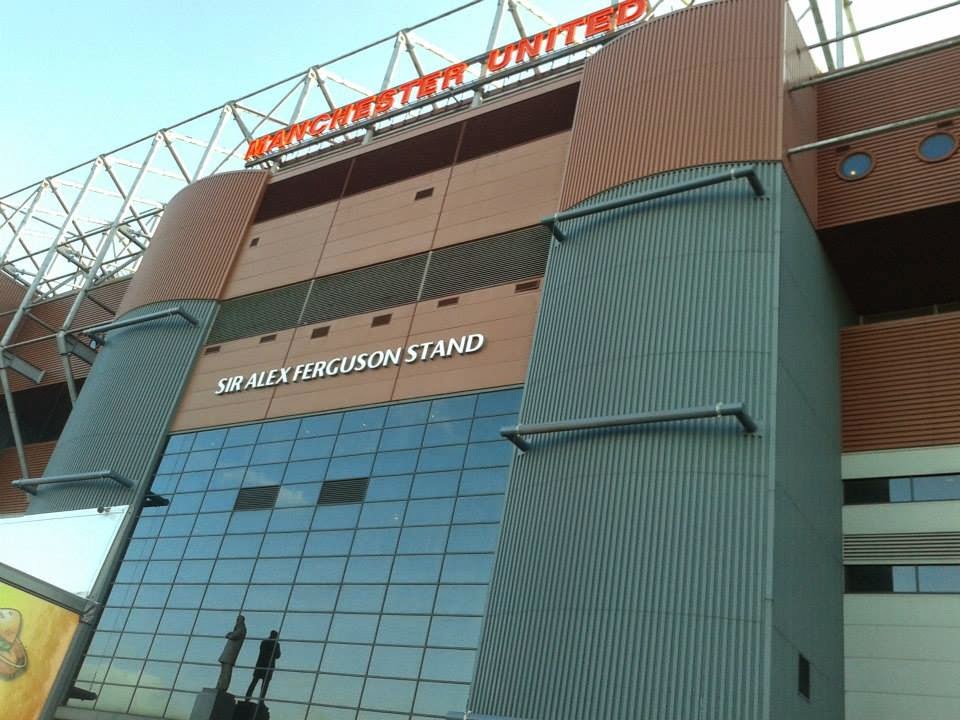 HISTORY/FACTS ABOUT THE RED DEVILS: 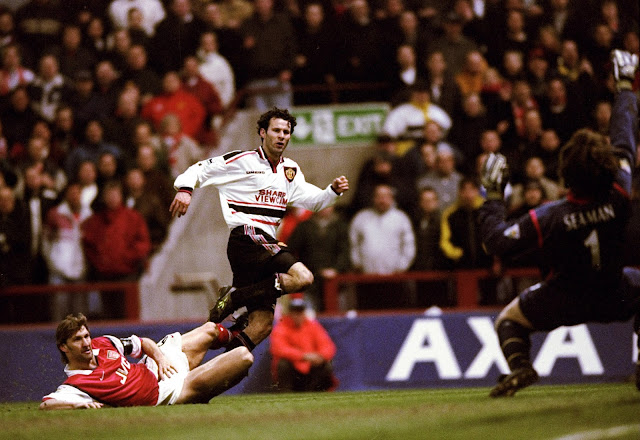 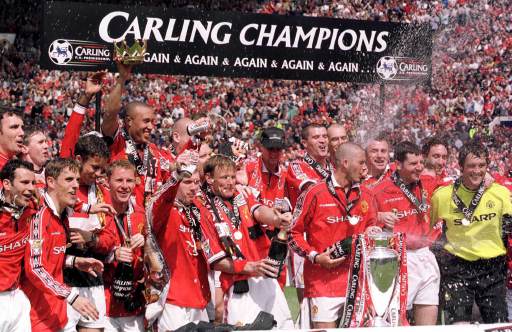 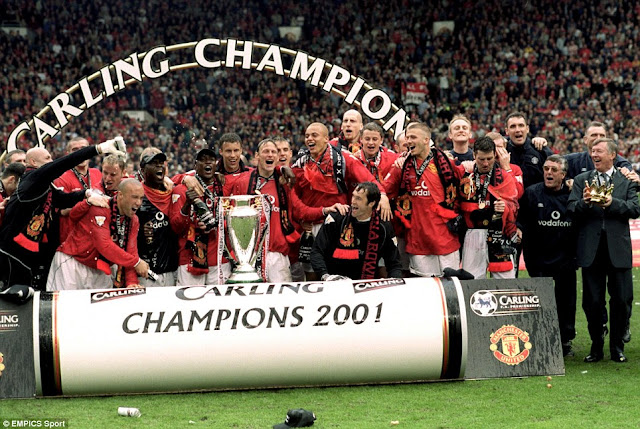 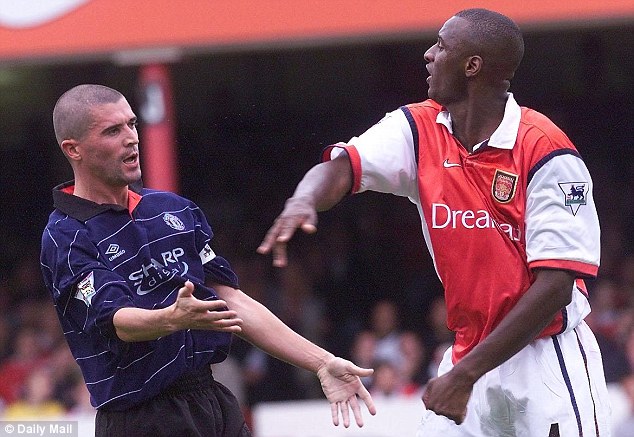 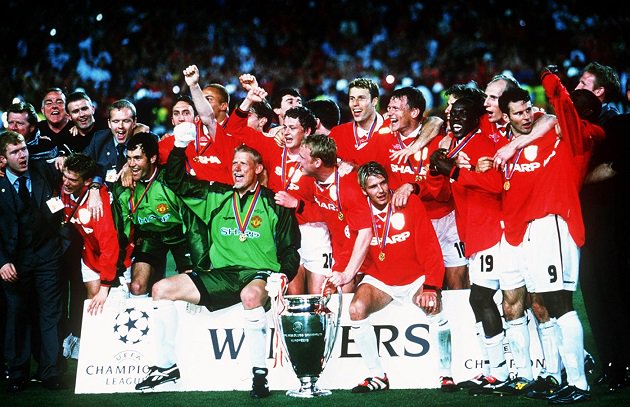 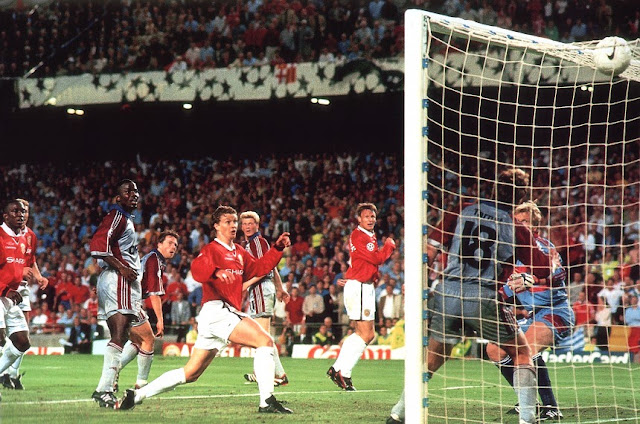 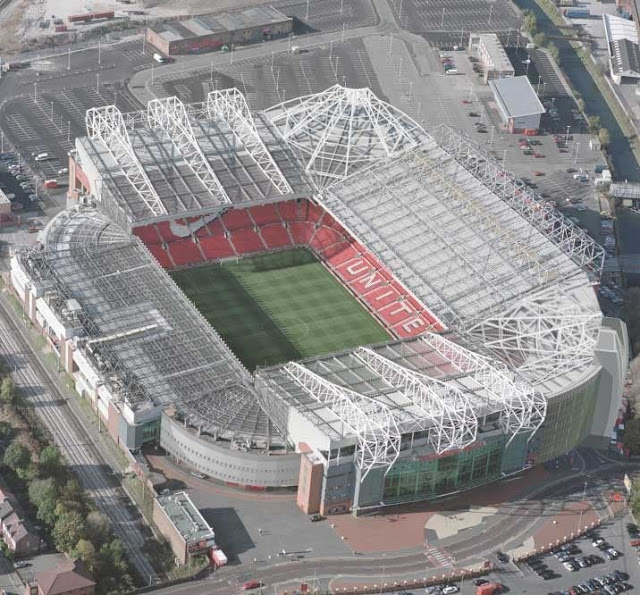 My visit to Manchester United was back in December of the 2013/14 season was when Gillingham played Tranmere on the Friday night and spent a weekend in Liverpool so decided to visit Old Trafford on the Saturday as they played West Ham and on the off chance, me and my best 2 mates thought we would try and get tickets and luckily we did at £27.50, not a bad price for a Premier League game! Where our seats were, was a restricted view, all we couldn't see was the Stretford End, apart from that we could see the whole of the pitch, but other than that, was a good day out, and seeing a rare David Moyes win! Old Trafford itself, before I went I heard it was a nice ground, but not as nice as grounds like The Emirates etc, and Old Trafford, is a nice ground but not as nice as you'd think but that's my opinion anyway. Some pics below on when I went to Old Trafford. 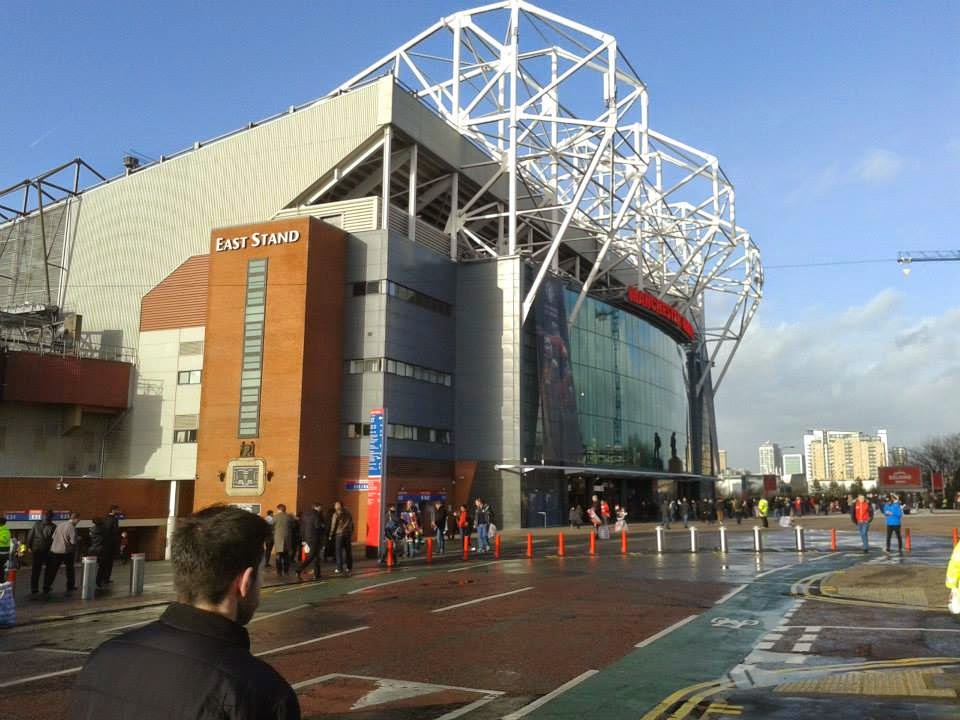 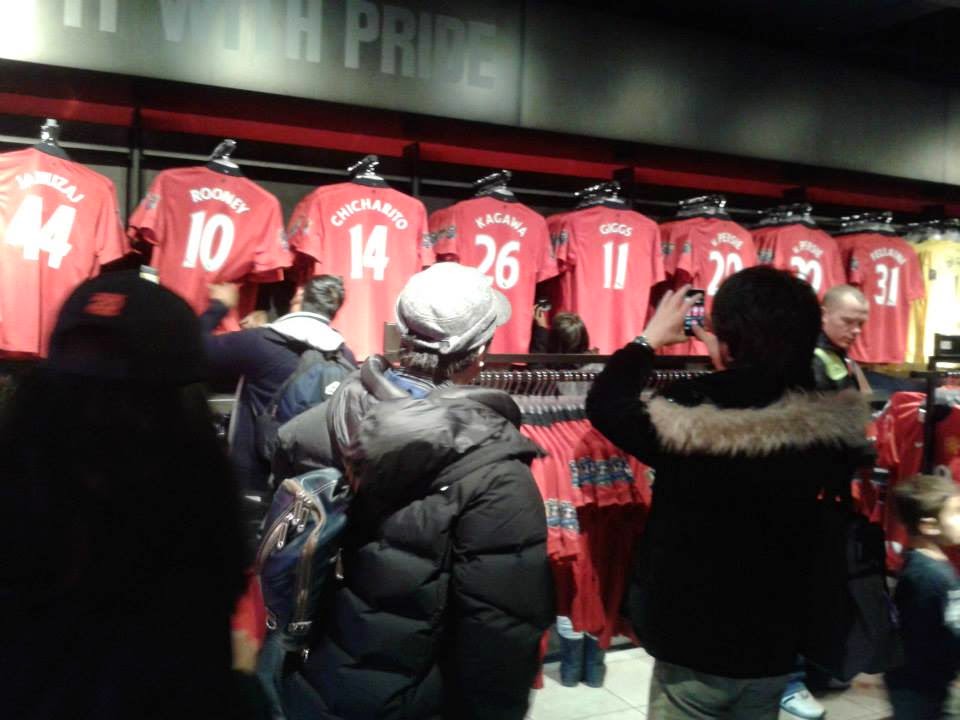 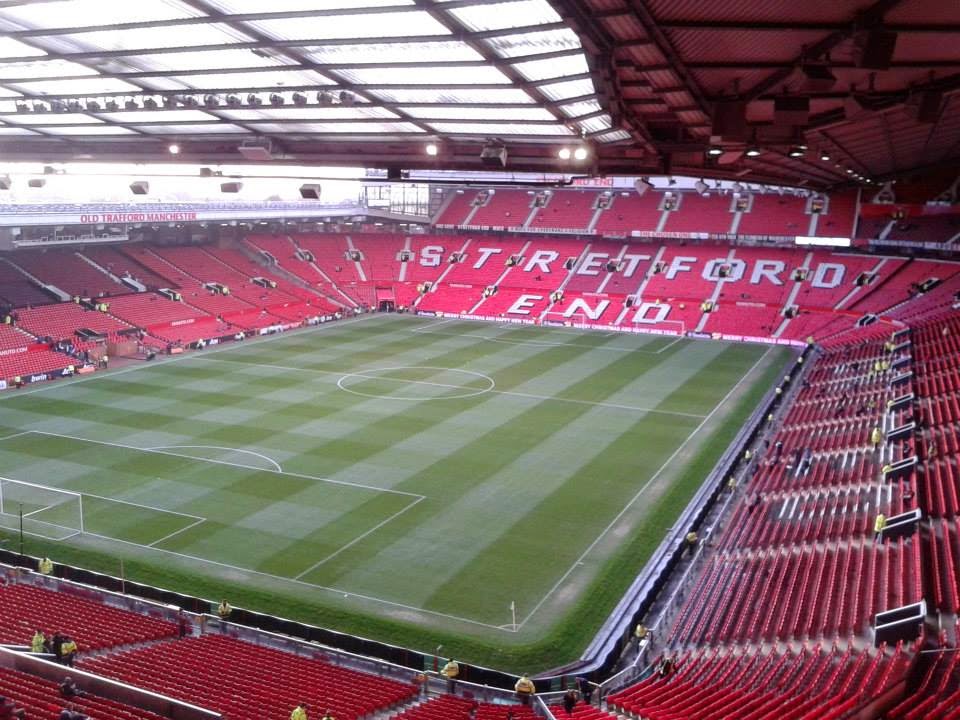 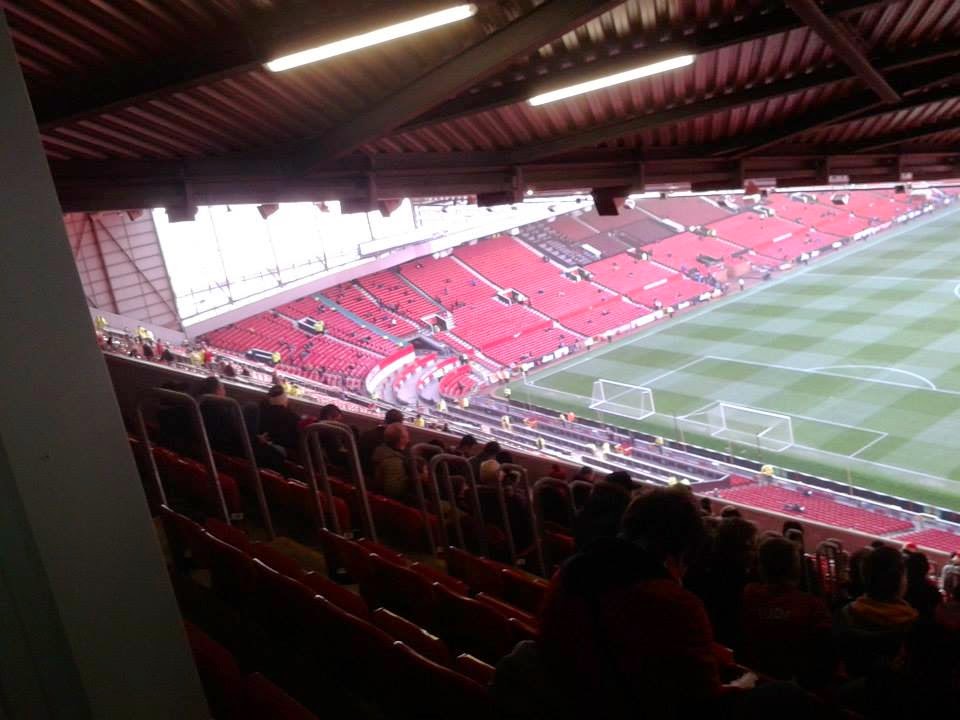 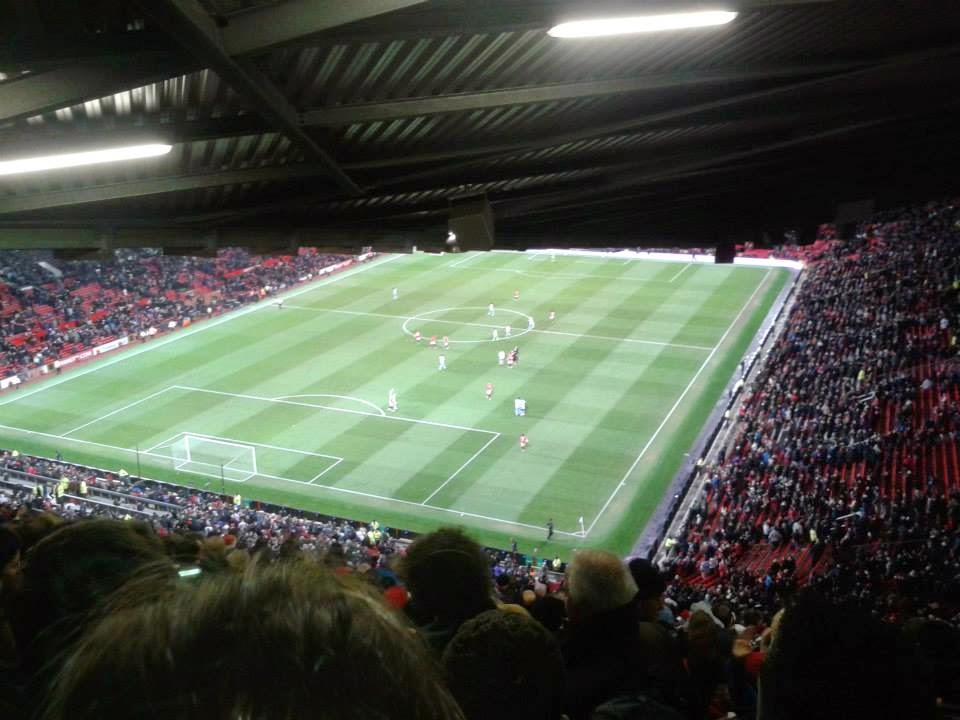 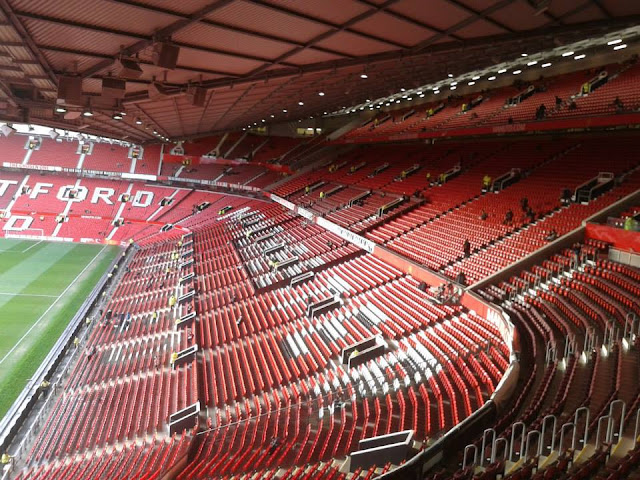 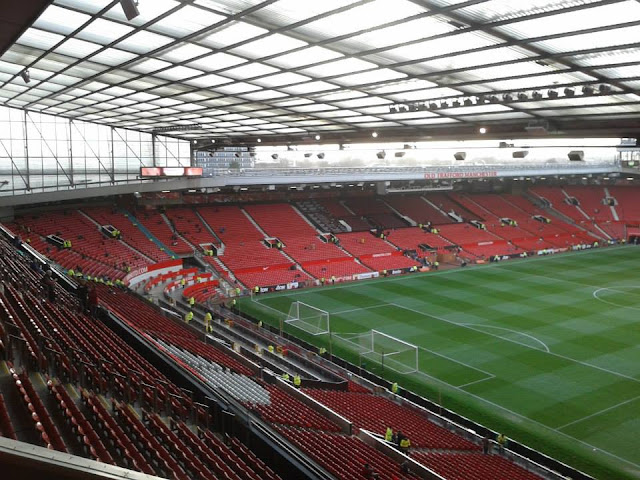 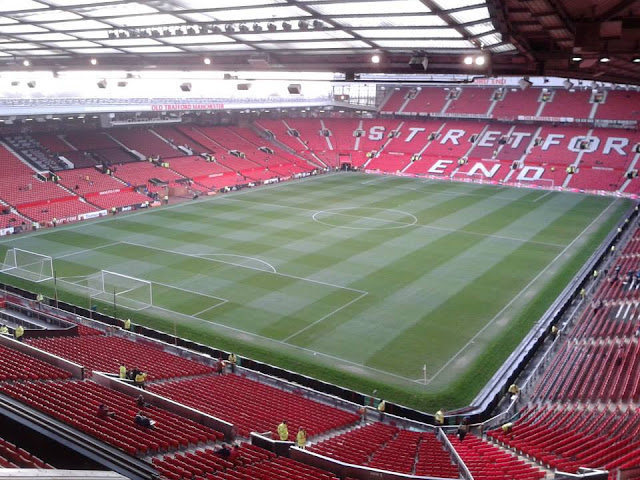 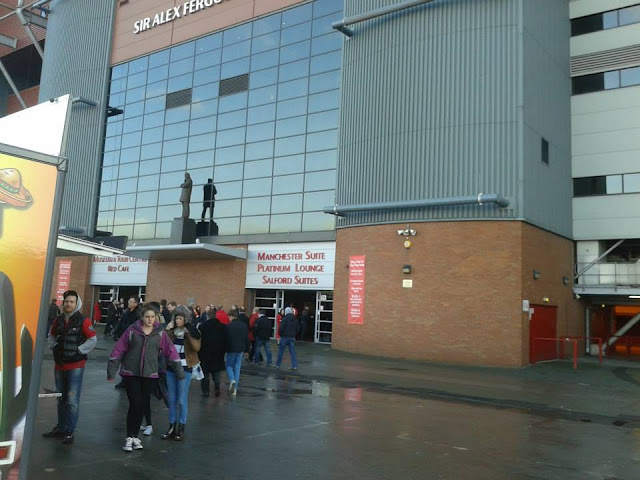 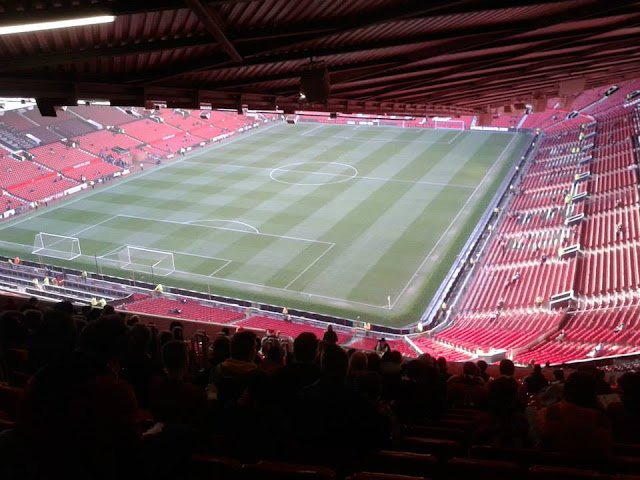 Old Trafford has been the home of Manchester United since 1910. Previously played at North Road and Bank Street Ground. in February 1909, six weeks before the club's first FA Cup title, Old Trafford was named as the home of Manchester United, following the purchase of land for around £60,000. Architect Archibald Leitch was given a budget of £30,000 for construction; original plans called for seating capacity of 100,000, though budget constraints forced a revision to 77,000. The building was constructed by Messrs Brameld and Smith of Manchester. The stadium's record attendance was registered on 25 March 1939, when an FA Cup semi-final between Wolverhampton Wanderers and Grimsby Town drew 76,962 spectators. Old Trafford now has a total capacity of 74,994 with away supporters allocated up to 3,000 supporters and are located in one corner, taking part of the East and Sir Bobby Charlton Stands. Old Trafford has its on railway station, and also has a metrolink tram stop near to the ground. Pomona and Exchange Quay are fairly near to the ground from the metrolink stop.

My 2nd visit to Old Trafford came about when me and a good mate of mine at work were talking about going to Old Trafford for a game. We were talking about going to Man United vs Crystal Palace at the end of the season, but after discovering you have to be a member to have a chance on getting a ticket, with neither of us members at Old Trafford, that went out of the window. So, on the off chance, I had a look at Man United's ticketing website just to see if anything was coming up shortly in the Summer, and happened to have noticed there was a Charity match at Old Trafford as Michael Carrick's been at Man United for around 10 years, so after looking to see how much prices were, they weren't bad prices. I mentioned it to Sam and he was quite interested in going as he's a Man United fan and never visited Old Trafford before, so would be nice for him as well. So after that, I booked tickets online and really the 1 stand we had to sit in was The Stretford End, but if we couldn't get tickets there, I wouldn't have been fussed where to sit anyway, neither was Sam. So anyway, the day came and we set off from my house shortly after half 9am. The journey up to Manchester wasn't too bad, until we had some roadworks which delayed us and just missed kick off, but we only missed kick off by a few minutes in the end. We parked up by half 2, and walked to the ground which was about a 5-10 minute walk. The view wasn't too bad I thought but it wasn't atrocious. It was good to see some familiar faces like Ryan Giggs, Paul Scholes, Patrice Evra, Michael Owen, Edwin Van Der Sar to name a few. The game itself I pretty much expected, it wasn't a serious game as it was a Testimonial so was to be expected. After the game, I luckily got a programme as I didn't get one as I went in the ground as we were running late, but we were going to have a look in the Club Shop but as it was fairly packed, I bought a drink and then we made our way back to the car. After stopping off at Sandbach Services on the way back, we grabbed a McDonald's and then arrived home at shortly after 11. Overall a good day, nice to re-visit Old Trafford. 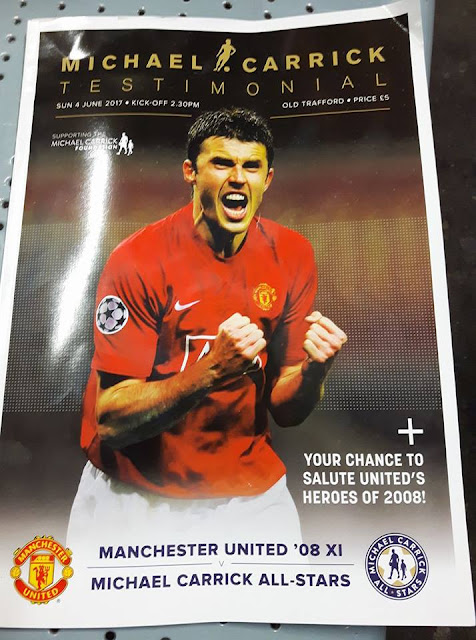 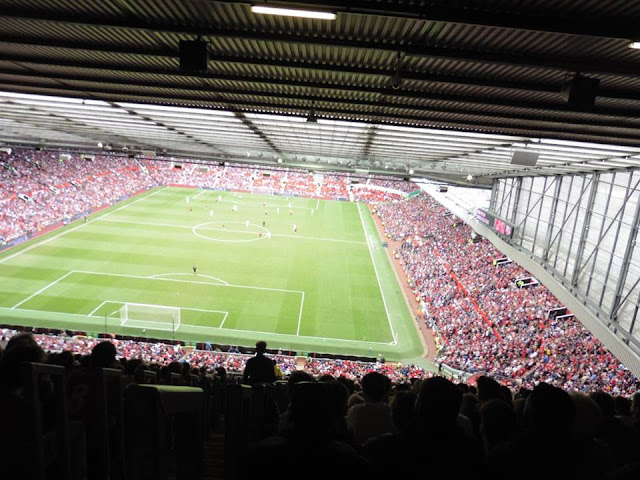 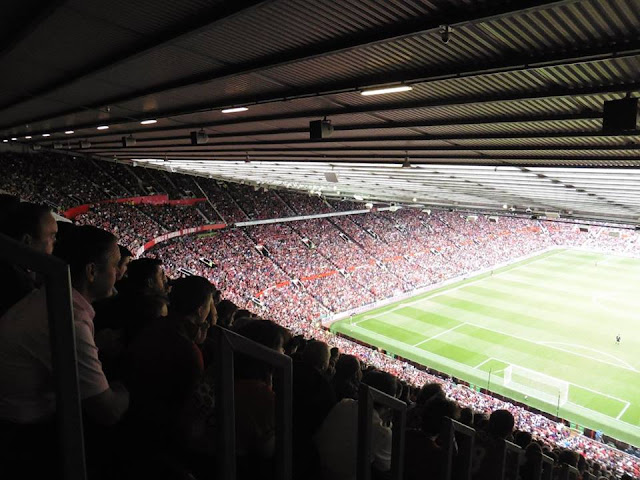 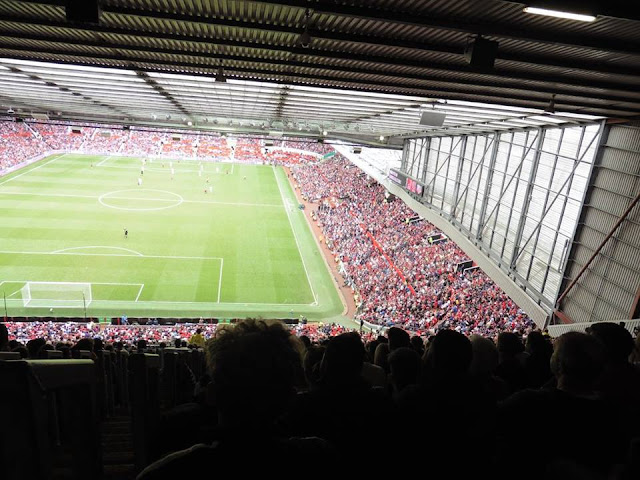 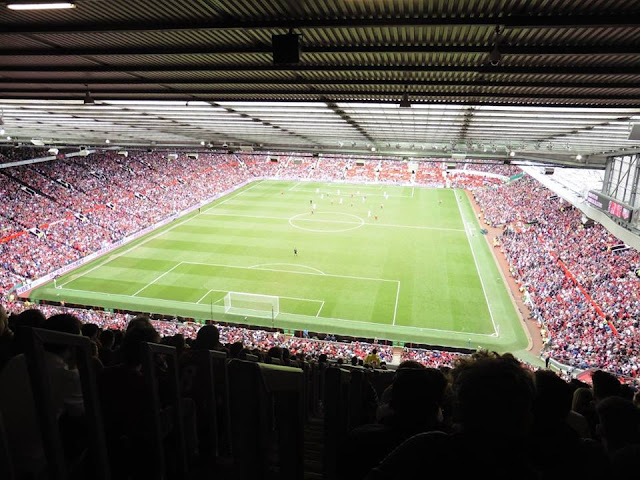 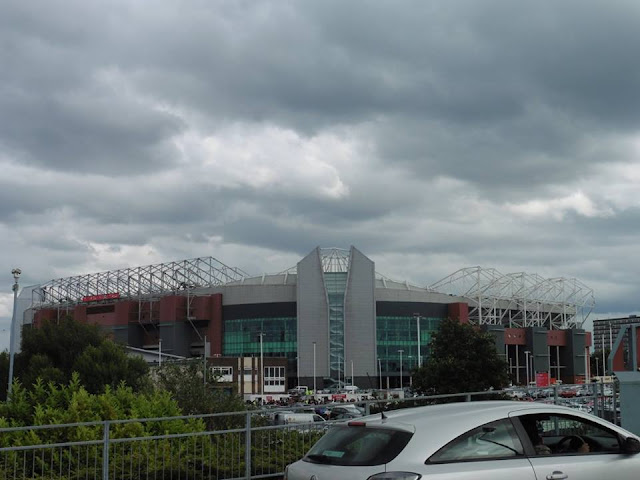 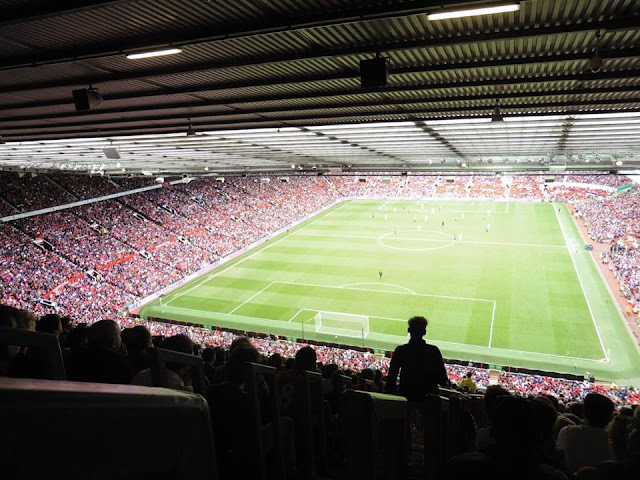 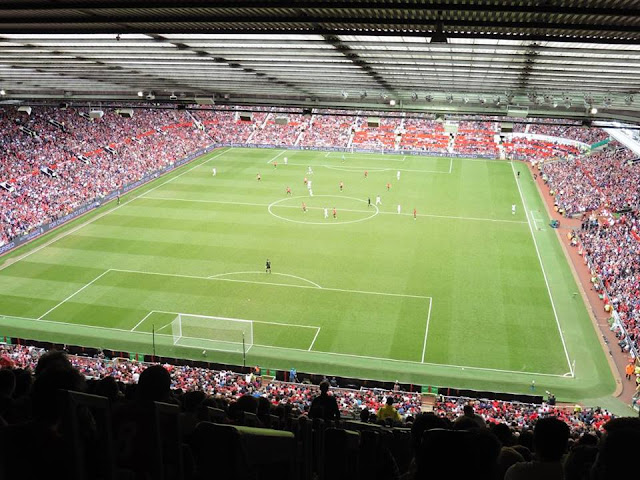 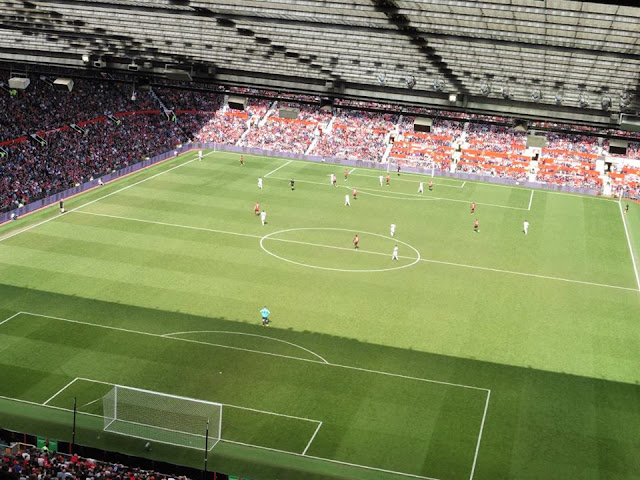 Posted by Football Grounds at 14:54