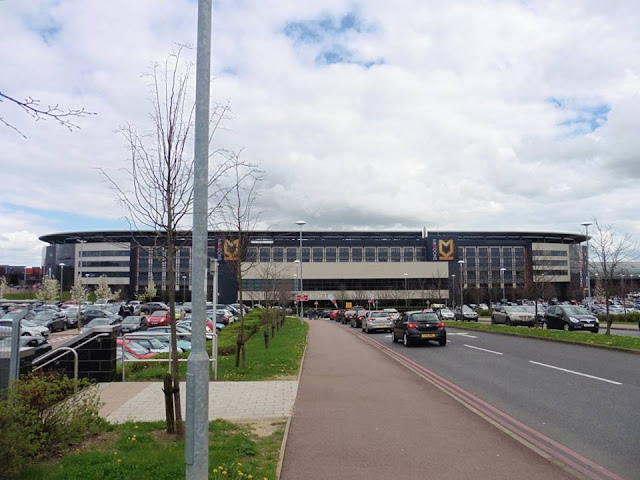 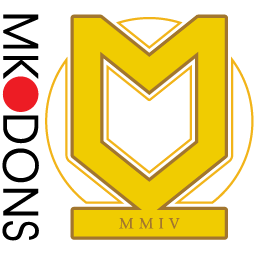 
A very nice impressive ground is Stadium MK I think. My opinions on the club itself I'll come to in a second, but I have been to Stadium MK 3 times now, all with Gillingham, 2 defeats and a win. Plenty of leg room and leather padded seats which is impressive about the ground I must admit. As I said, and of course MK 'fans' will disagree with me to those if they are reading this, MK Dons should not exist as a football club. What they did was wrong, and yeah it's in the past now, move on etc, but no one at all should rescue as a football club and move it 70 odd miles up north and stay in the same division and just completely change it at all. Yes, Pete Winkleman saved the club, but why not stay in Wimbledon? Why move it all the way up to Milton Keynes? But what's done is done, I think most football fans would agree with me that it's all about AFC Wimbledon but there we go. Anyway, onwards, only thing I would recommend about MK Dons is that it's a lovely brand new stadium, but there's not a lot around the ground itself which is the bad side to things, but always enjoyed my visit to Milton Keynes anyway.


After a fairly busy week at work and Tuesday just gone with my latest visit to Sutton United's ground, I was quite looking forward to a re-visit to Milton Keynes despite my record at MK not so great of 1 win and 2 defeats. I hadn't been for a while, so was looking forward to it. A nice away day of not having to get up too early and getting home fairly early as well. I left home shortly after half 9 with my Dad to get the coach at Priestfield which left 11. A straight through coach journey to Milton Keynes without any stops on the way and got into Milton Keynes shortly after 1.15pm. Grabbed a McDonald's as I noticed on the way on Google Maps on my phone there was a McDonald's at the ground, plus with the latest craze of Monopoly stickers, I was eager to collect some more stickers, the one I'm more eager to collect is to win a PS4 as currently I still have a PS3 so wouldn't mind winning a PS4 haha. I eventually made my way into the ground just before 2 and met up with the lads in the ground. It was quite a bit of drama the game wise, despite us going 2-0 down, we somehow made it 2-2 only to concede right at the death, and Bradley Dack then getting sent off for a 2nd booking, kinda sums the season up really. I made another appearance on The Last Waltz Blog with the lads, and I made my point on there at half time, the players have no passion, no commitment and no desire which I stick with. Even chatting with my mate Dave on Facebook after the game, it's got to a point now where we're expecting to get relegated and expecting to lose every week. I think the best thing all round is in the Summer, have a massive clear-out and start afresh and see where it takes us, whether we're in League One or League Two, it's just been an absolute disastrous season. From beating Southend twice at the start of the season in the League and Cup thinking at the time I think we could have a good season, to this shambles, just unbelievable. Anyway, a quick mention Stadium MK wise, the ground is quite impressive but atmosphere is dreadful. I've mentioned before the whole MK 'Dons' saga, I still don't agree with how it happened but it's still a fairly impressive stadium. You won't go hungry though, as there's plenty to choose from outside the ground, Domino's, McDonald's, KFC, Burger King to name a few. But yeah, I got home just after 8.15pm. A decent day, just the shame the football ruined it as per usual really! 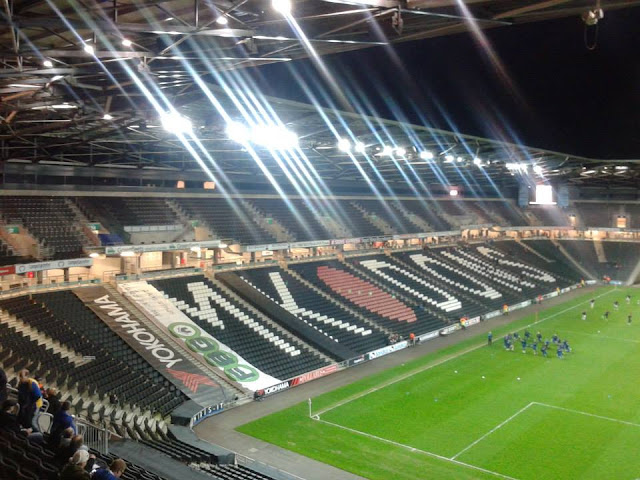 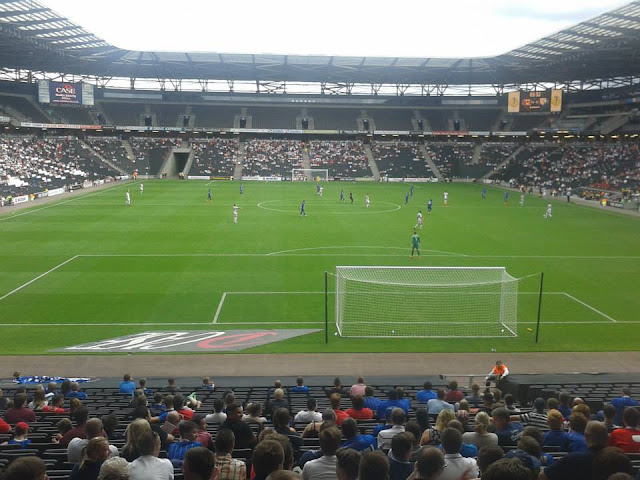 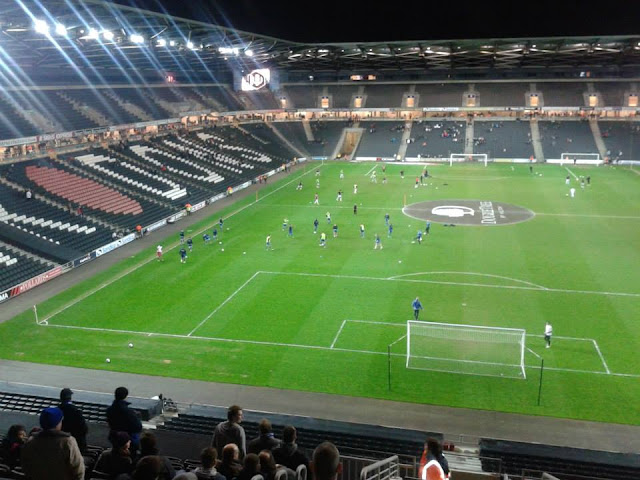 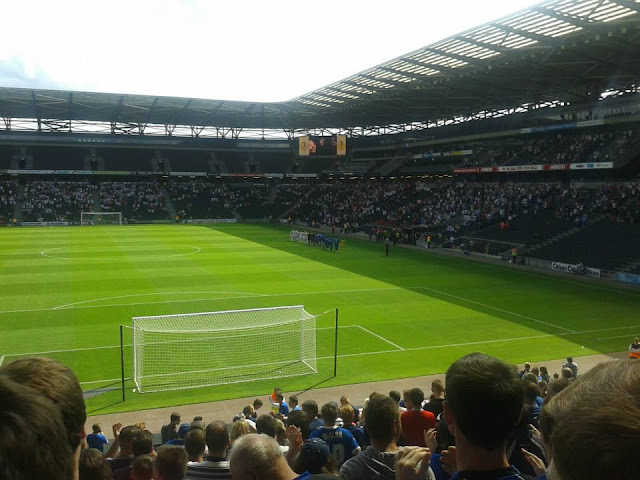 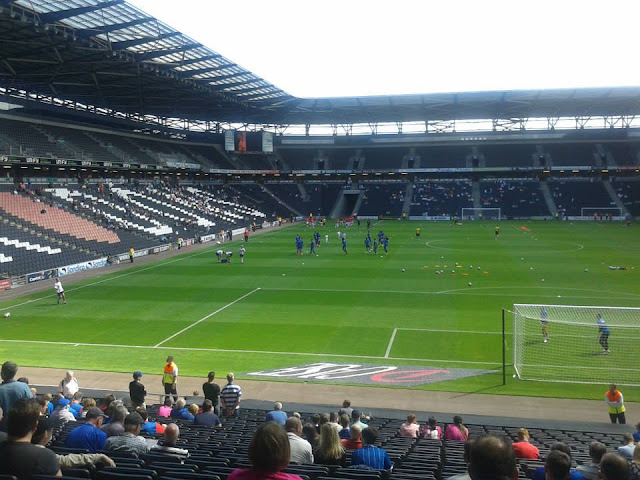 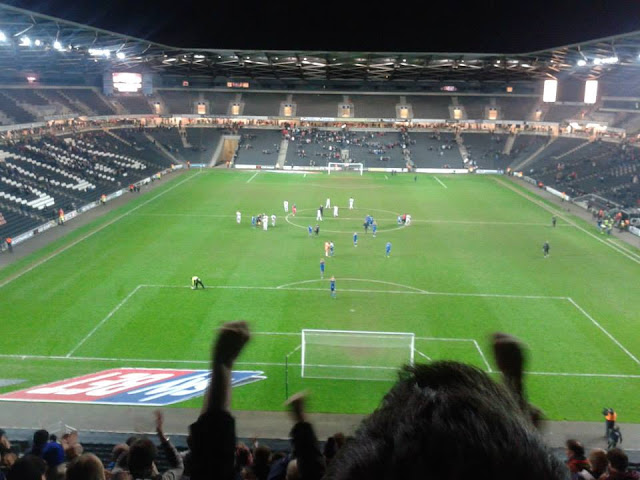 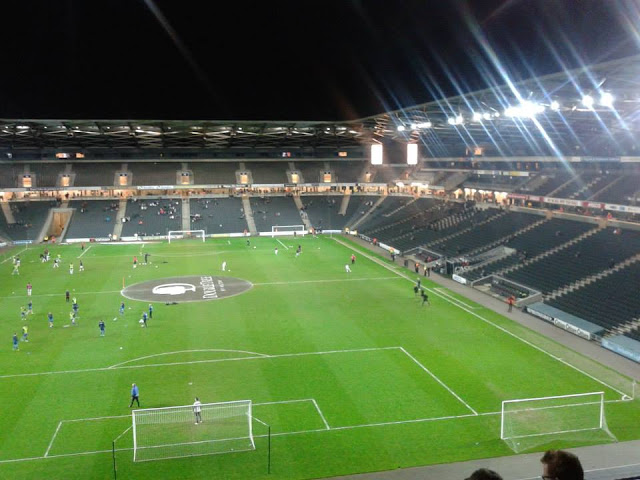 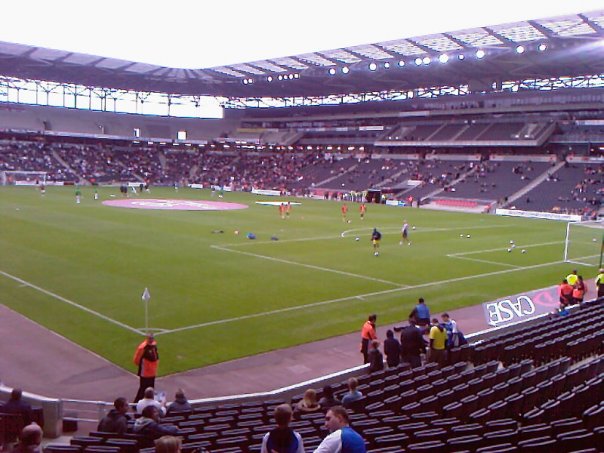 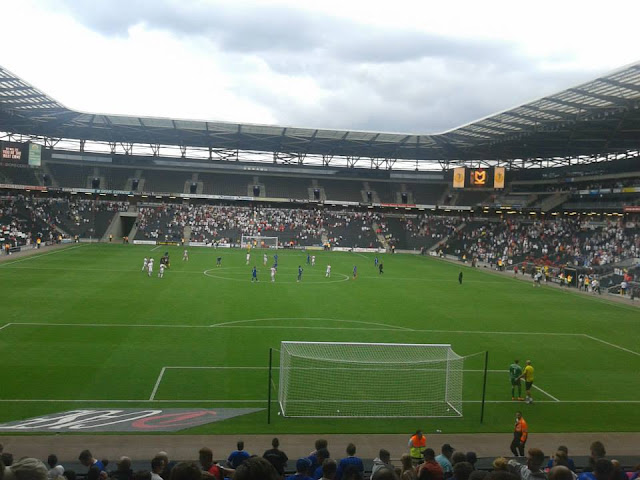 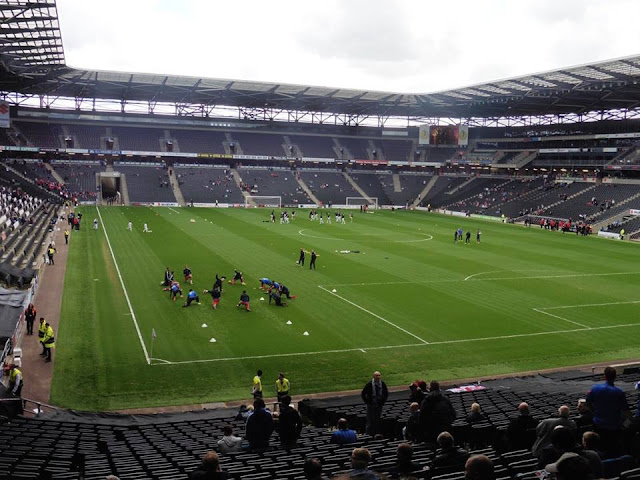 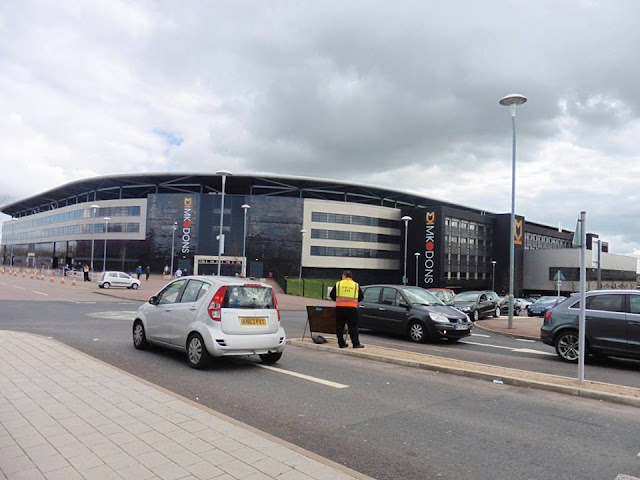 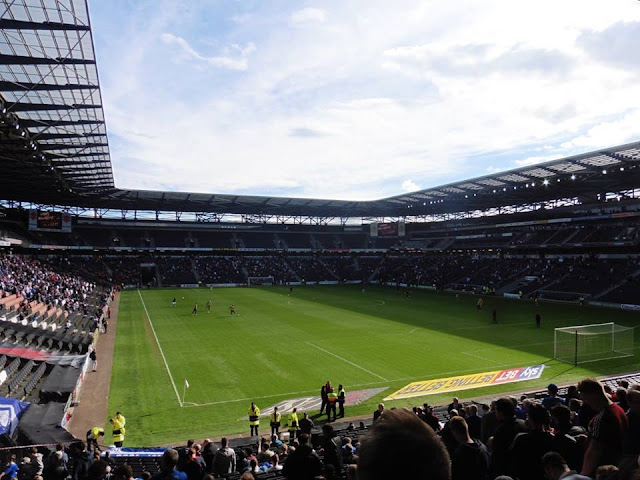 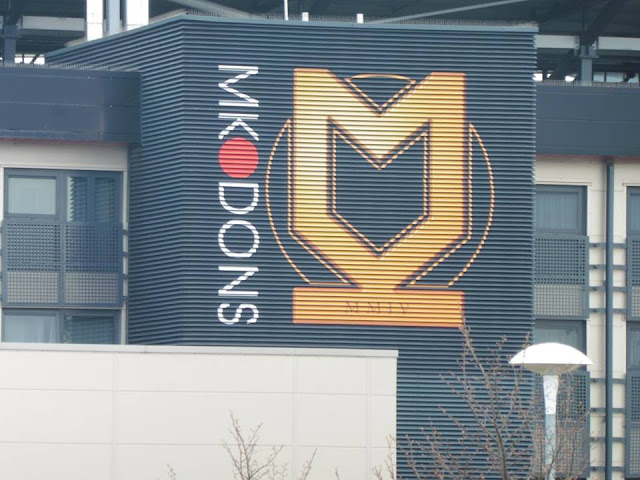 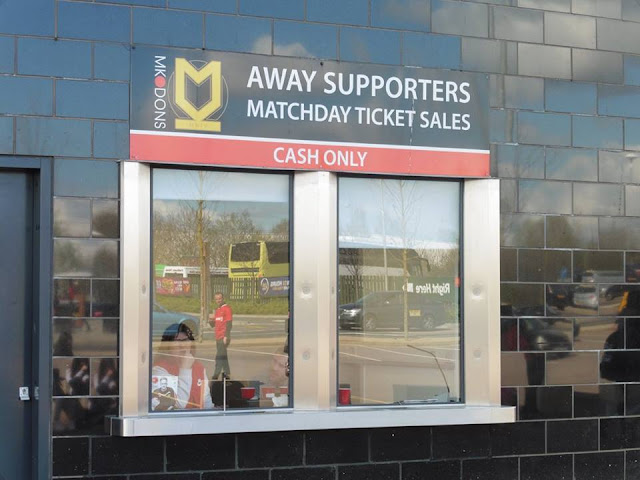 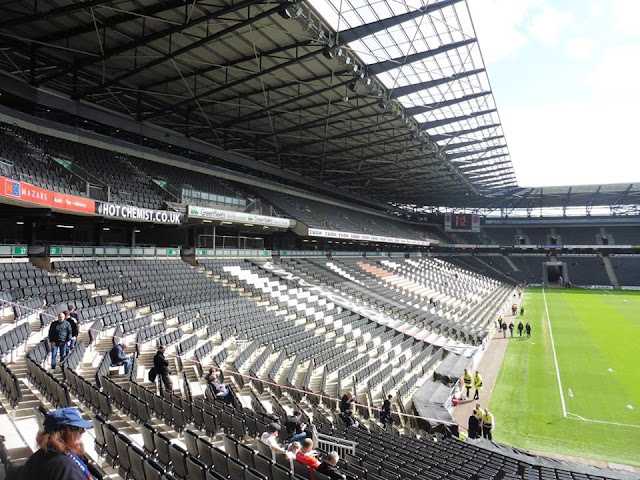 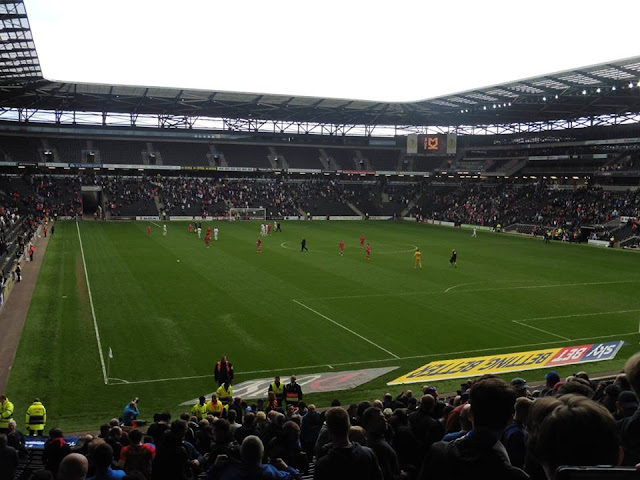 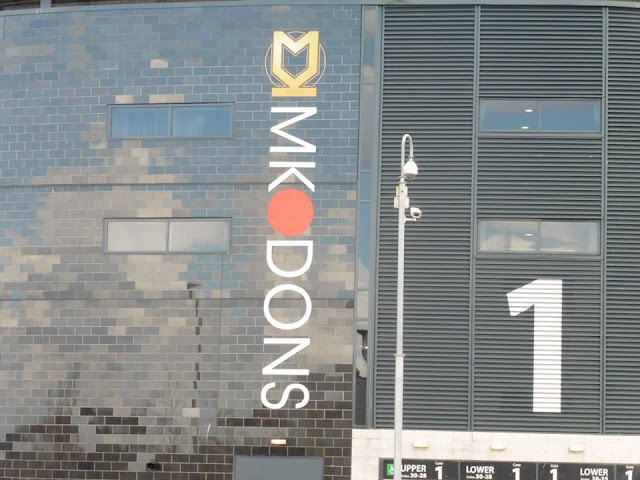 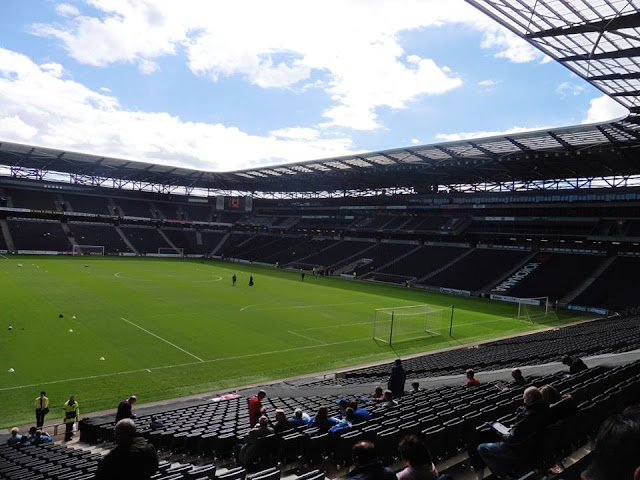 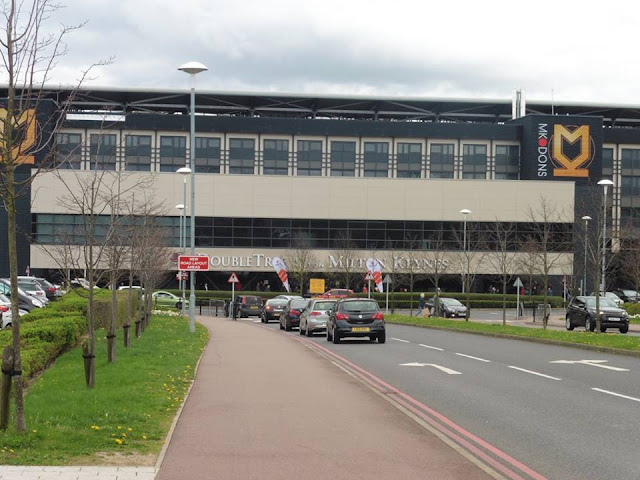 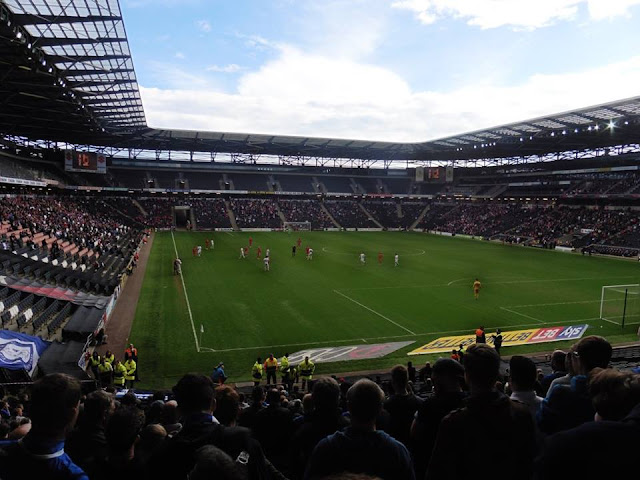 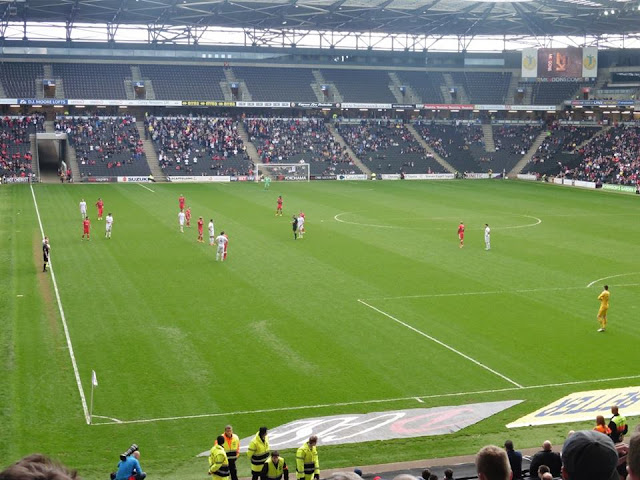 Posted by Football Grounds at 17:39