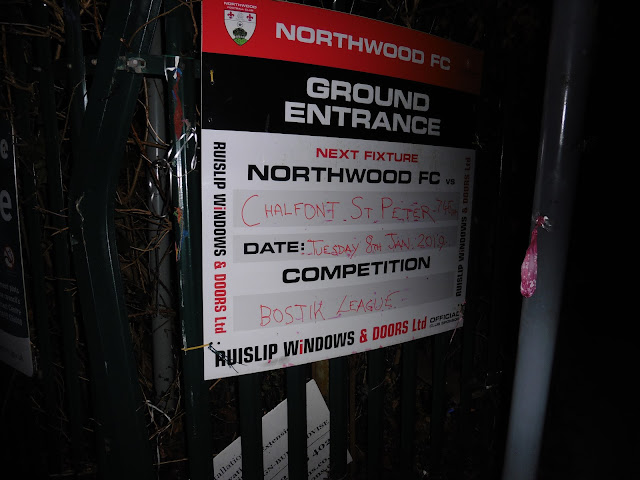 BRIEF HISTORY/FACTS ABOUT THE WOODS:

Northwood Football Club were formed in 1926, although there was a club formed in the Northwood area established in 1899 but however Northwood FC today are not to believed as the same club formed back then. Their early history is largely unknown and it is unclear what leagues they played in until 1931, when they joined the Harrow & Wembley League. They were champions of this league for six years in a row just prior to World War II and three more times after the war. This success did not last, however, and the 1950s and 1960s were mainly spent playing local junior-level football. In 1978, Northwood won the Middlesex League Championship and were able to step up to the Hellenic League Division One, which they won in their debut season. This led to promotion to the Premier Division, where they spent five, mostly mid-table, seasons. The club moved across the pyramid in 1984 to the London Spartan League, which was renamed back to the Spartan League in 1992. In an eight-season spell, Northwood finished in the top three on four occasions, culminating with the Premier Division title in the 1991–92 season, leading to admission to the Isthmian League in 1992. In 1994, the club progressed to the final of the Middlesex Senior Charity Cup but were beaten by Staines Town. Following early success by winning the 1993 Associate Members Trophy, and several promotion challenges, Northwood made it to Division Two in 1997. Following three seasons in that division, the Woods earned further promotion when they gained the runners-up spot in 2000. They also captured the Associate Members Trophy for a second time and reached their first ever Middlesex Senior Cup final, where they went down 2-0 to GM Vauxhall Conference outfit Hayes. In 2003, Northwood received the prestigious award of Community Club status from the Football Association in recognition of the club's commitment to youth football in the area – the club have teams of all age groups playing their football within the confines of Northwood Park. Improvements have been made to the standards in recent years, and the club is hoping this will result in many youngsters developing into first-team players in the future. Having been moved back to the Isthmian League for the 2007-08 campaign, and after spending three years in Division One North, Northwood then found themselves competing in the Southern League Division One Central from 2010. The Woods won the Middlesex Senior Cup for the second time in their history in 2016, beating Enfield Town in the final.


It was back to Groundhopping business once again, and my 1st ground in 2019 would be Northwood Park, the home of Northwood FC of course. I was blessed with many grounds to choose from, but as this one wasn't too far to get to, I chose this one. The week started off superb on Saturday after watching Gillingham reach the 4th round of the FA Cup for the 1st time in 15 years with a great win over Premiership opposition Cardiff City, and then to be drawn on Monday night in the 4th round draw with another Welsh side, this time against Cardiff's rivals Swansea City at the Liberty Stadium. I was fairly pleased with the tie, would have loved a big draw like Liverpool, Manchester United etc, but wasn't to be the case. Will look forward to a re-visit to Swansea later on in the month. So after deciding on visiting Northwood, typically I would realise it's on the same night as Spurs vs Chelsea in the League Cup Semi Final 1st leg, and with Wembley not a million miles away from Northwood, I was expecting the tube to be fairly packed, and of course it proved to be the case. My journey to Northwood didn't prove to be great, 1st with the train I was planning to get from home, ending up being cancelled due to the usual reason of "Signalling problems" I ended up leaving home half an hour later. After pulling into London shortly after 6.20pm, I rushed a bit to get to Northwood, changing at Baker Street for the Metropolitan line. Eventually arriving into Northwood at 7.25pm, after an announcement on the Metropolitan line, it decided to go to Uxbridge instead, so having to change at Harrow-on-the-hill wasn't an idea I had in mind. Luckily with a short wait, and as just said of arriving into Northwood at 7.25pm, I got to the ground pretty much dead on kick off. 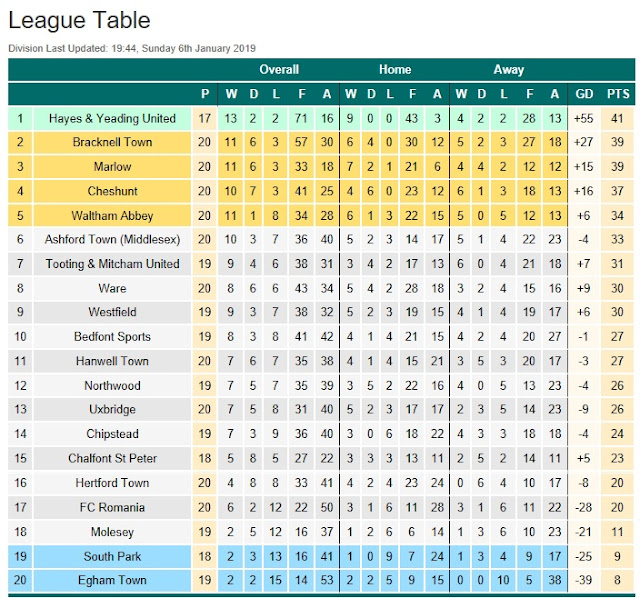 The game wasn't a classic, but it wasn't a bad game to watch despite only being 1 goal. The 1st half was probably edged out with Chalfont being on top, having some good chances on goal but weren't able to convert them. The 2nd half saw Northwood slightly get back into the game with the odd chance of their own, but again like Chalfont, weren't able to convert. Chalfont's winner came pretty much the start of the 2nd half, after Chalfont's Adam Morris was pulled back which saw the ref give a penalty. Morris took the penalty which was saved but then scored on the rebound to give the visitors the lead. Strangely enough in the 2nd half with 10 minutes to go saw the referee go off injured, which saw one of the linesman then take over as ref, and the original referee only then to now be a linesman, never seen that in a game of football at all. It was all bizarre as it looked like a drinks break, which would have been more bizarre as it's the start of January a cold month, not a hot month like August! Chalfont held on the win in a fairly local derby and took maximum points from Northwood. After the game, with a fairly short walk back to the tube station, I arrived home shortly after midnight. 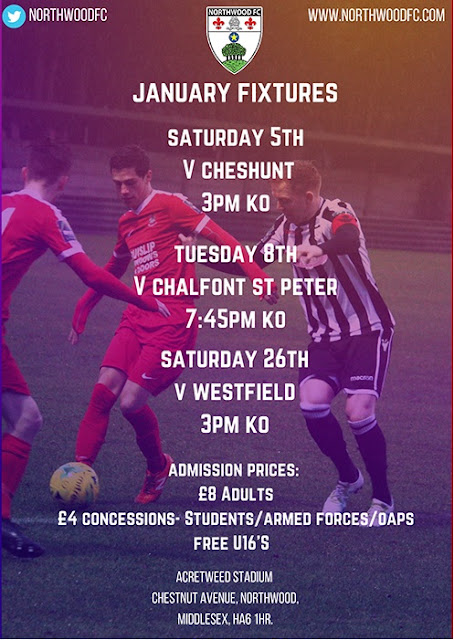 Northwood Park is the home of Northwood FC, although I'm not certain if they have been playing there ever since the club's existence, which was in 1923. The capacity holds 3,075 with just over 300 seats. The highest attendance at Northwood Park was a friendly against Chelsea XI in 1997. The nearest station to the ground is Northwood Hills which is on the Metropolitan Line on the London Underground, around a 15 minute walk. 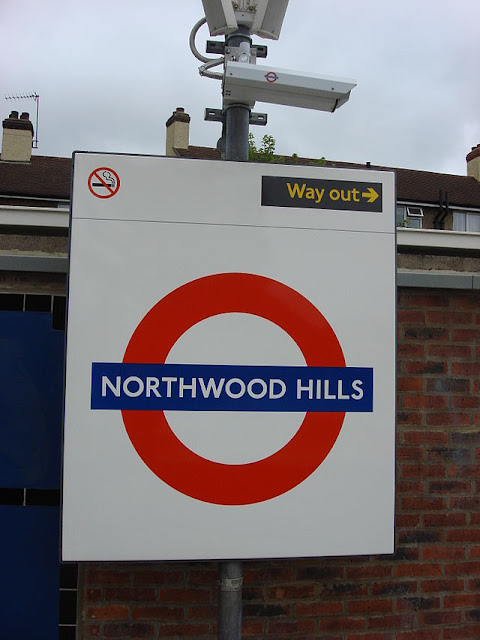 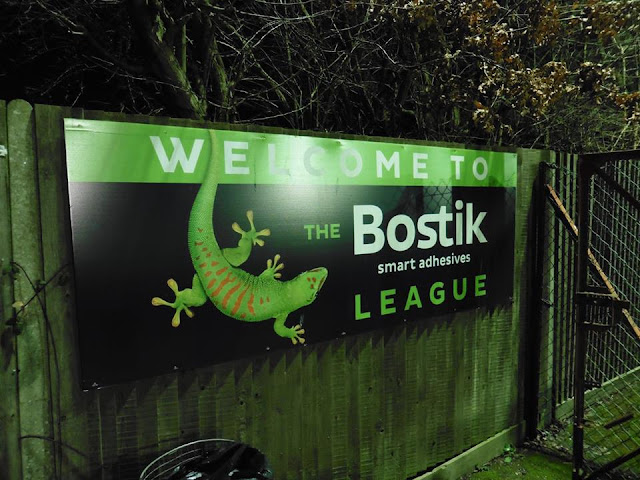 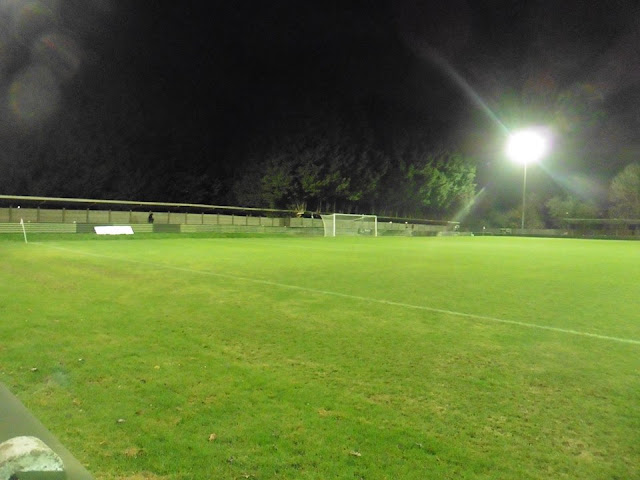 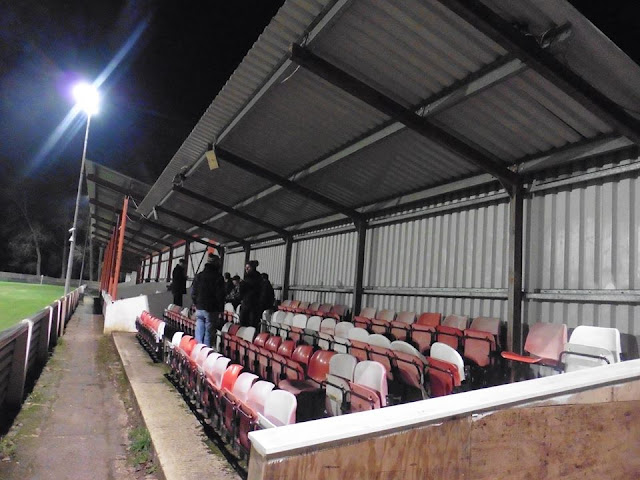 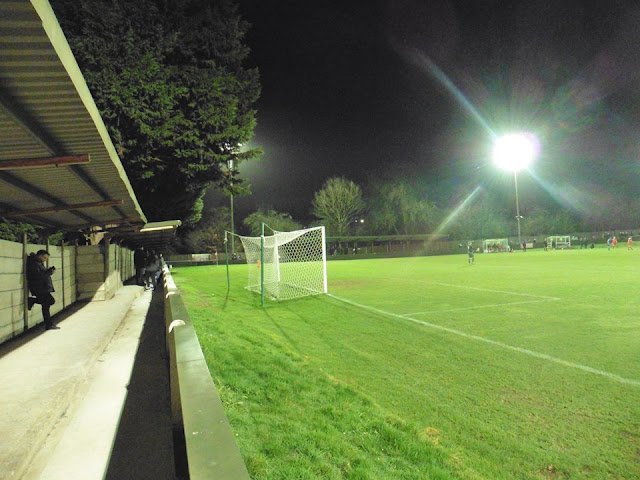 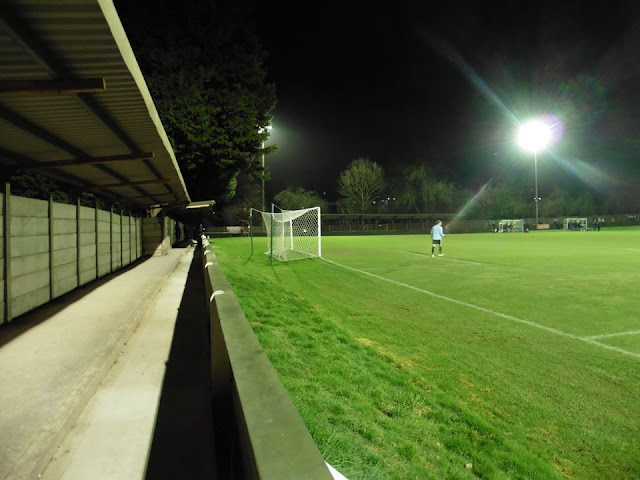 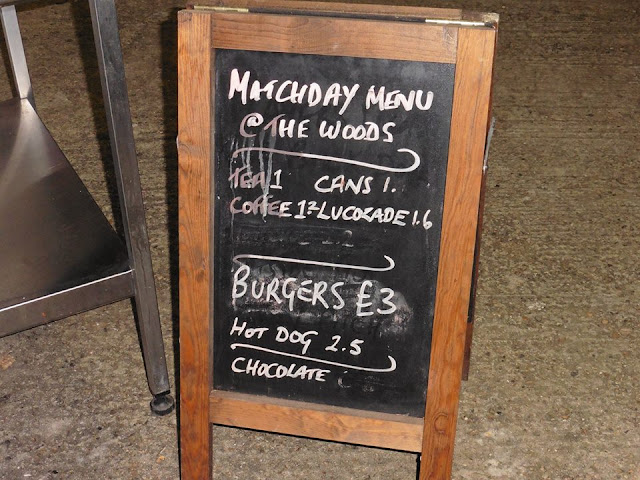 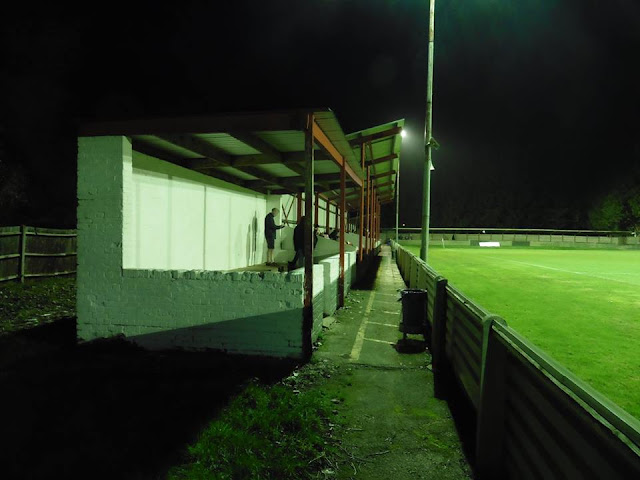 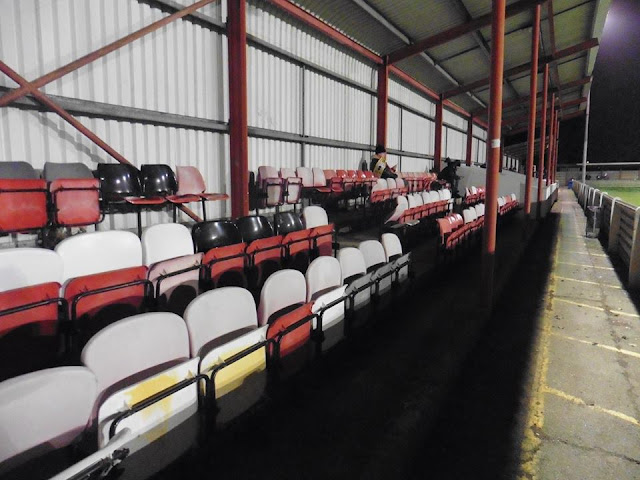 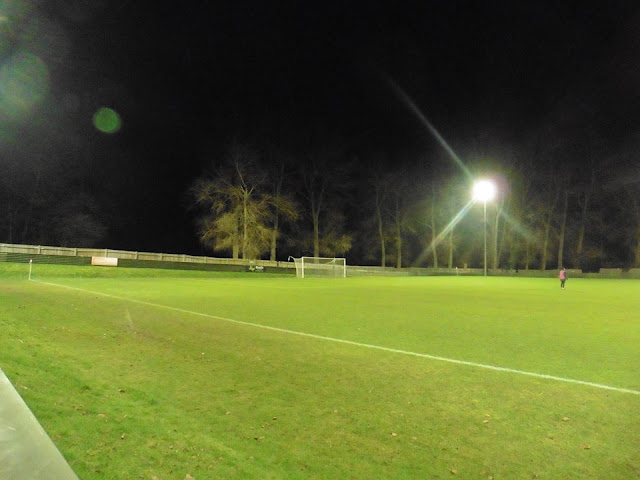 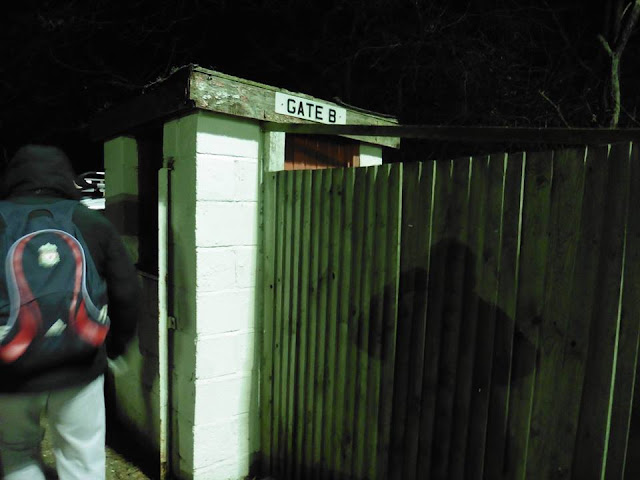 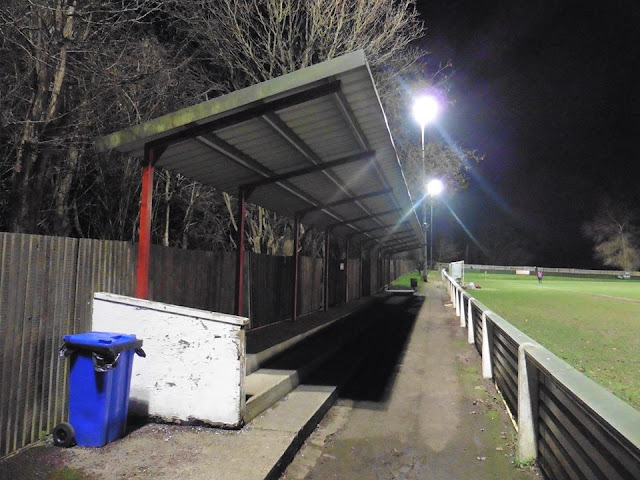 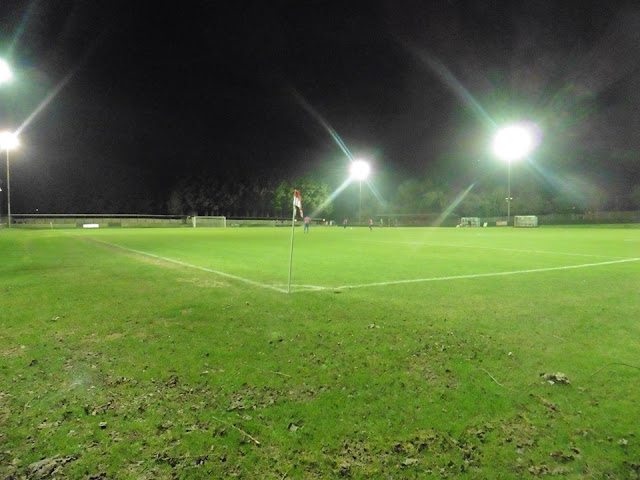 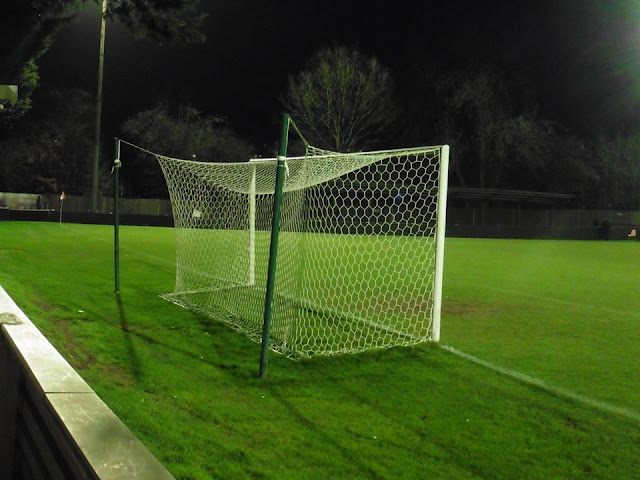 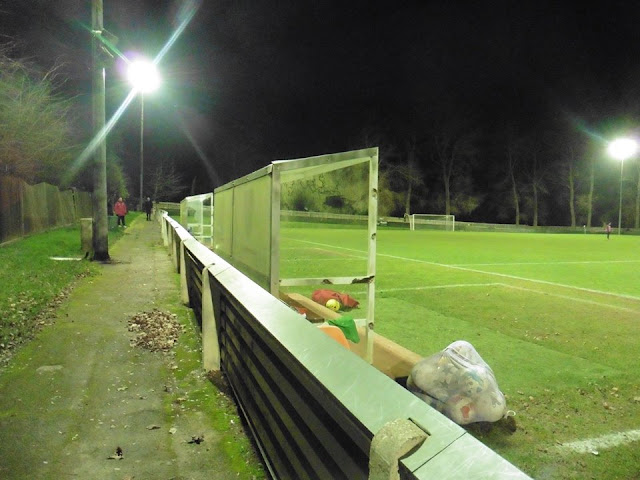 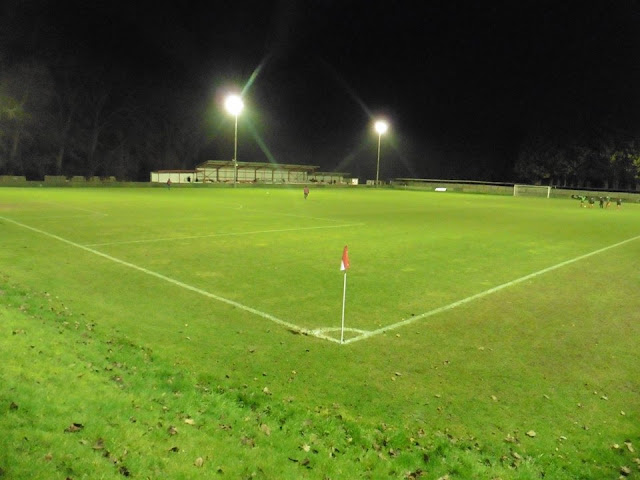 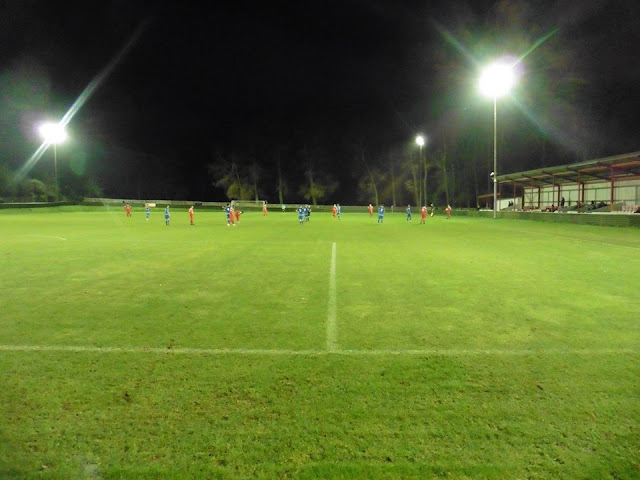 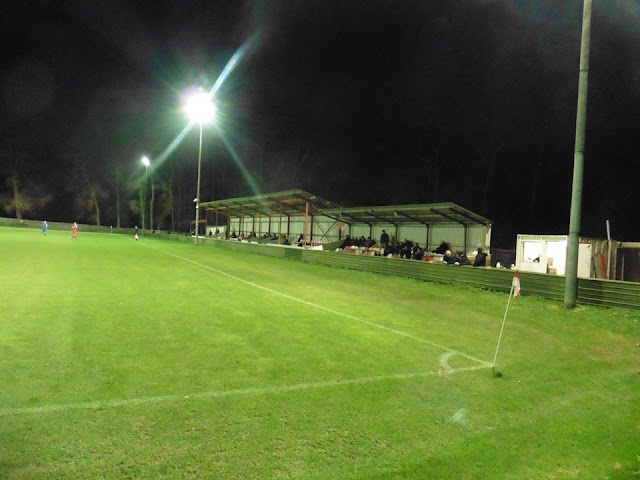 Posted by Football Grounds at 17:30