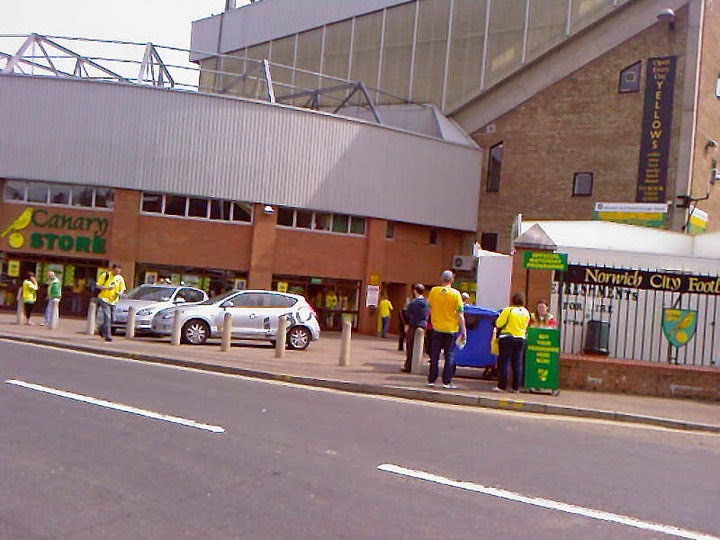 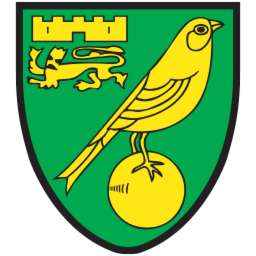 HISTORY/FACTS ABOUT THE CANARIES: 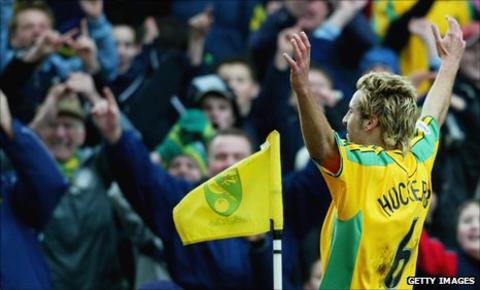 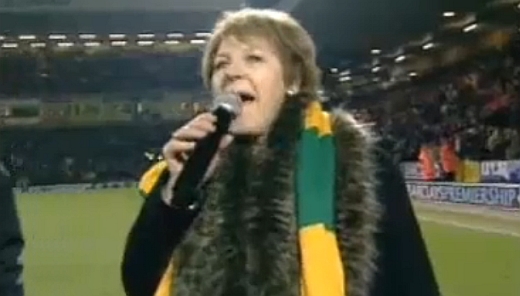 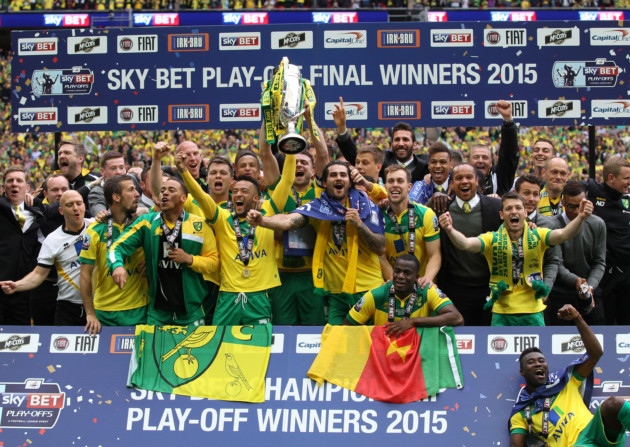 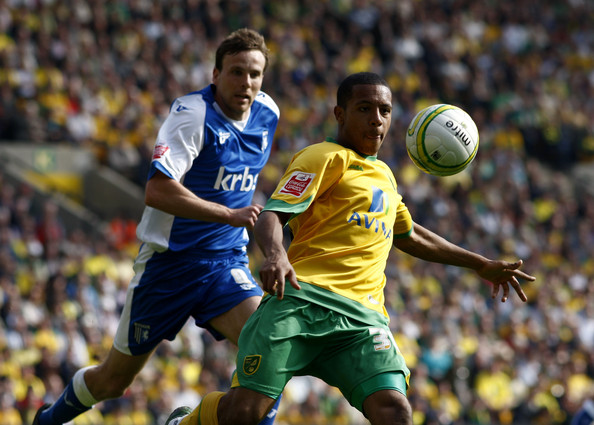 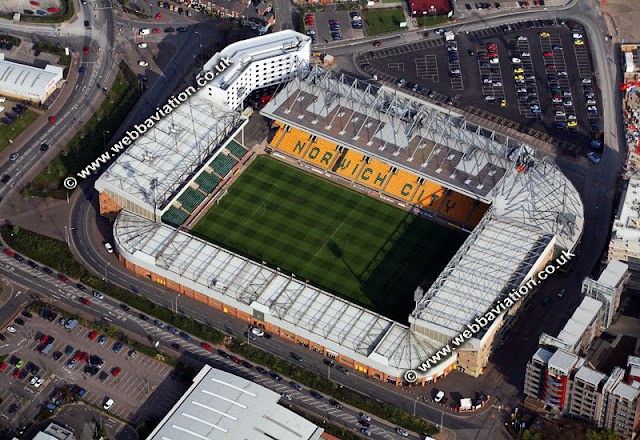 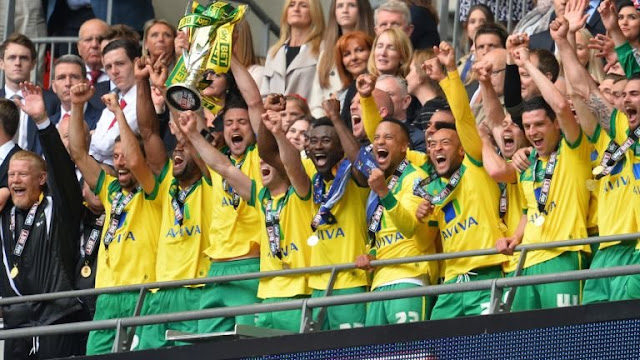 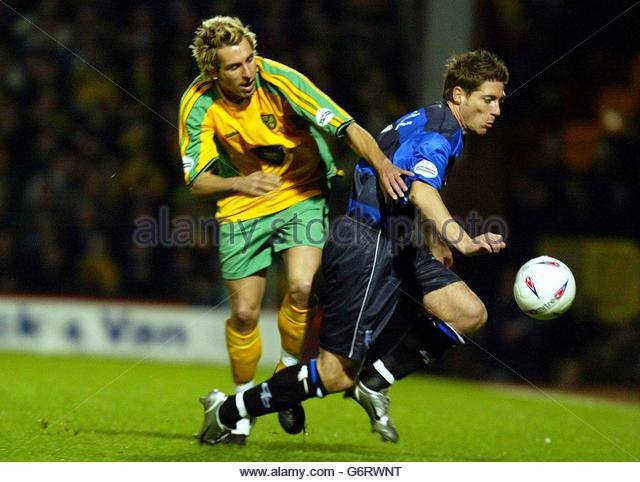 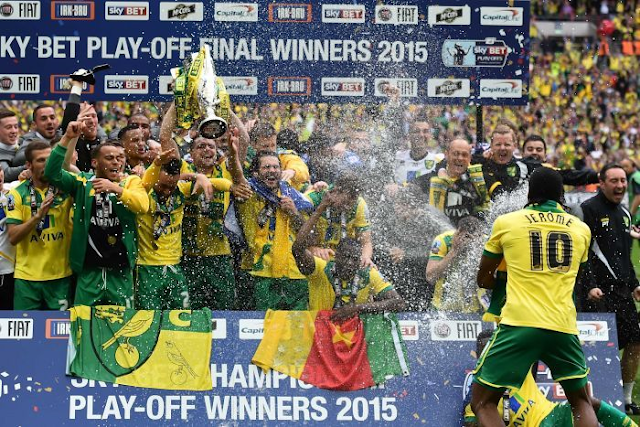 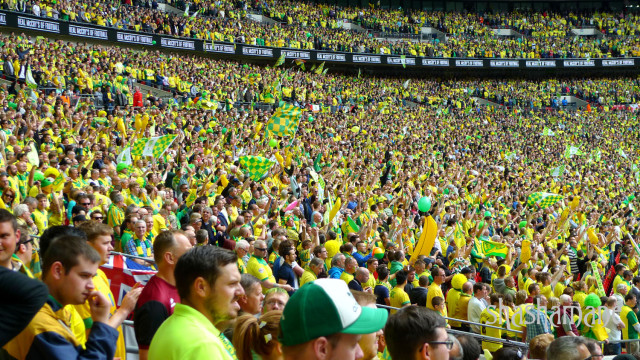 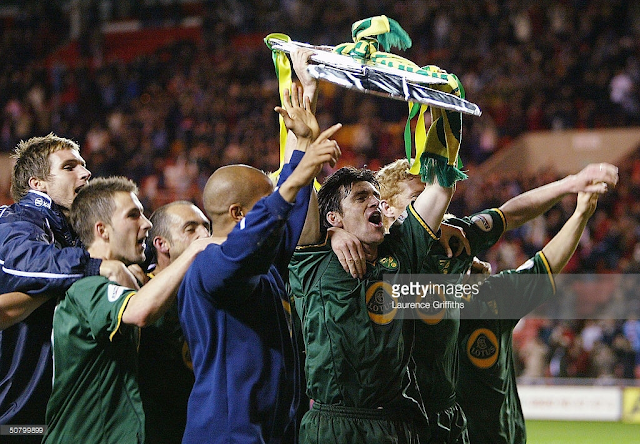 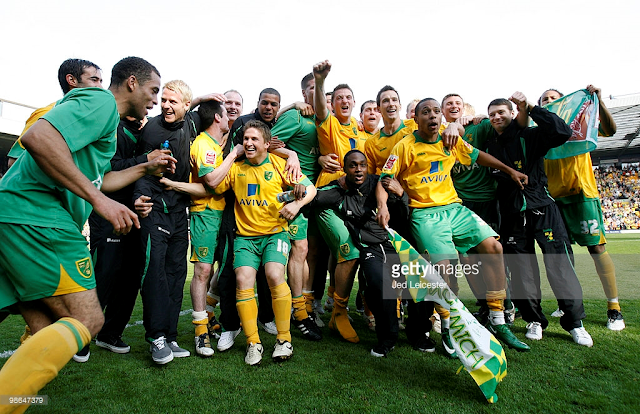 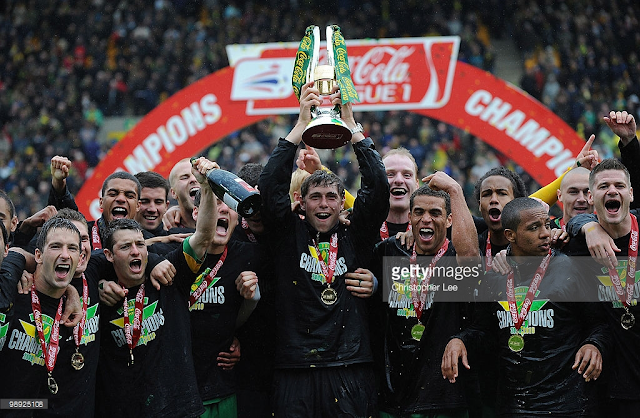 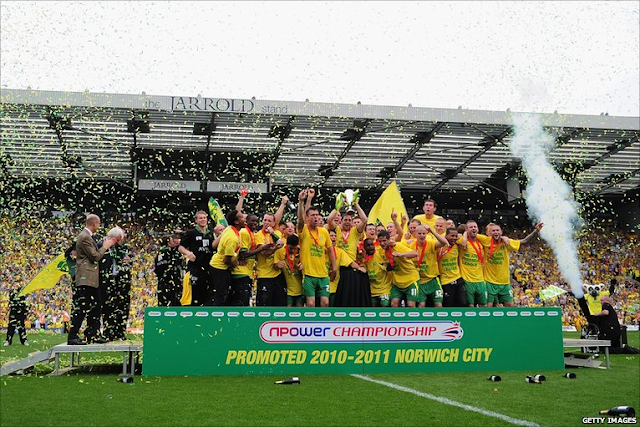 
My only visit to Carrow Road came back in April of 2010, Norwich were already promoted to the Championship at the time, all Norwich needed was at least a point to secure the League One title, and they easily done that after sealing 3 points thanks to goals from Darel Russell and Michael Nelson. It probably wasn't a game we deserved to lose in, probably deserved a point as even though we hadn't won away that season anyway, it was an away performance where we didn't deserve to lose in. But I wasn't overally surprised anyway as Norwich pretty much dominated League One that season anyway and rightfully deserved to go up at Champions. My journey to Carrow Road was that I got a lift to the game with my Dad and his mate. We parked quite a fair way out of Carrow Road, and got a park and ride bus to the ground. After we done that, we had a quick look round Morrisons and got a quick bite to eat from what I can remember. Then walking to the ground, I vaguely remembering trying to get on Facebook the signal area wasn't particularly great back in them days, especially on my old phone haha. Especially coming away from the ground, and I remember as soon as I was away from Norwich, had quite a few texts coming though my phone haha. I do like Carrow Road, although I hadn't been there for quite a few years now, it's a nice ground to visit. Carrow Road is an all seater stadium, with the away fans located on the side of the pitch. The ground holds just over 27,000. 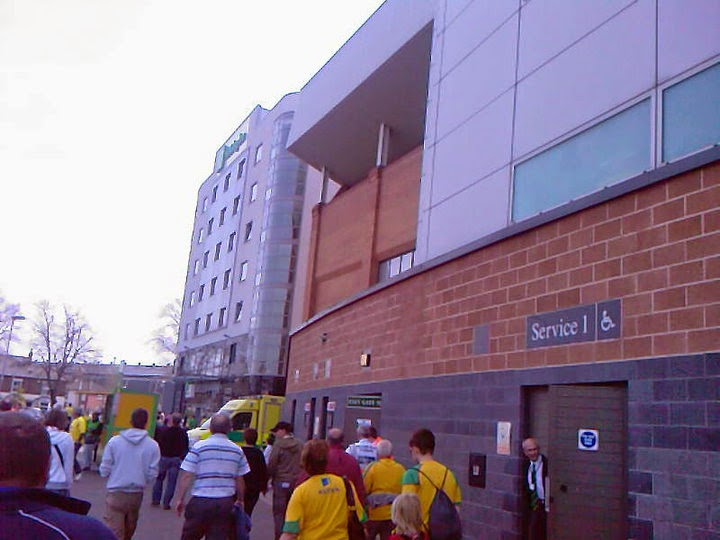 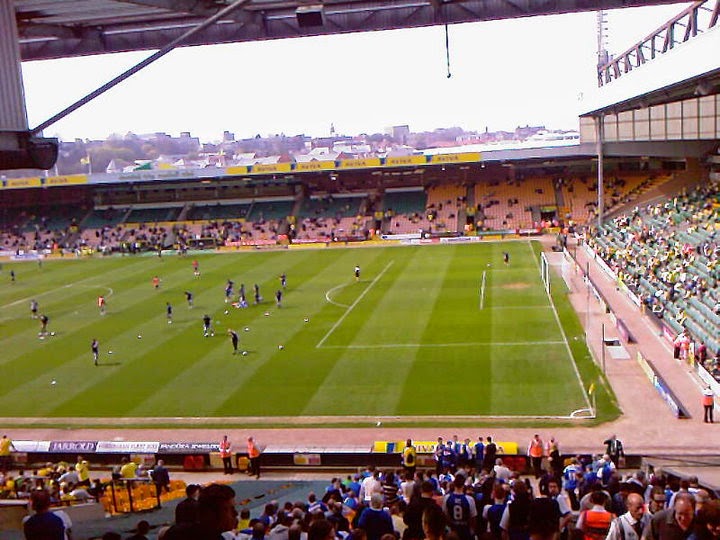 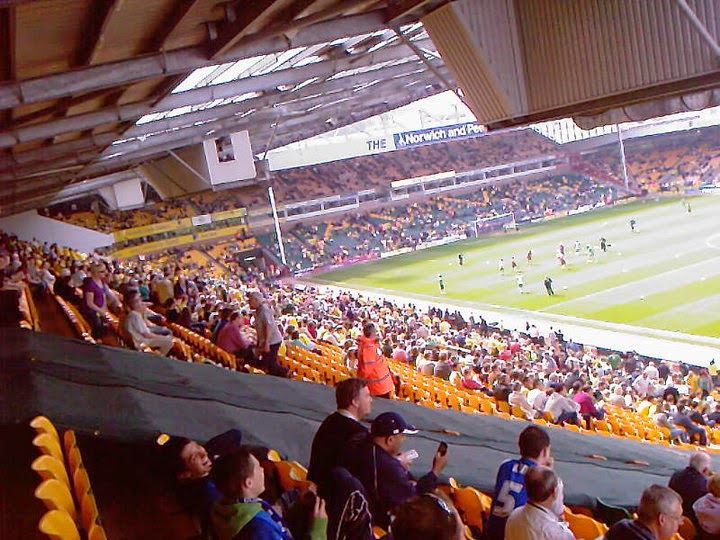 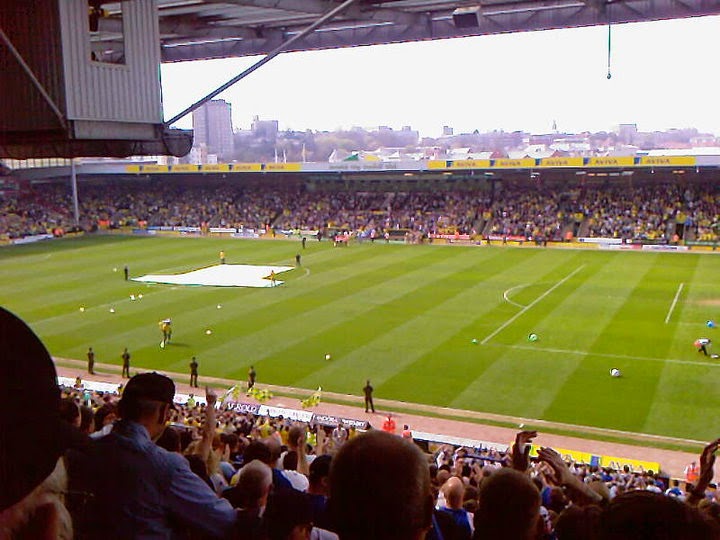 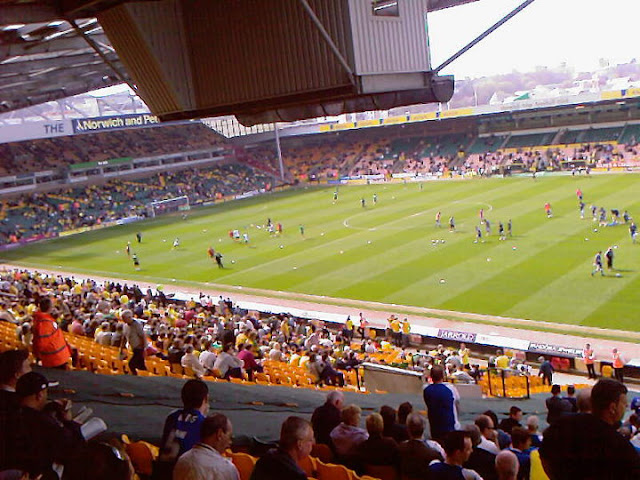 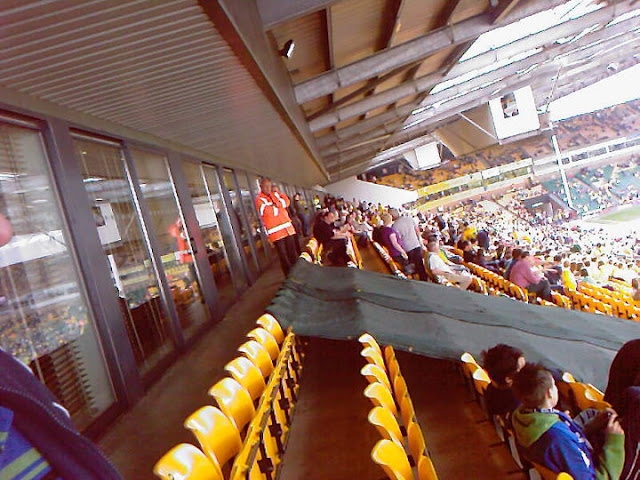 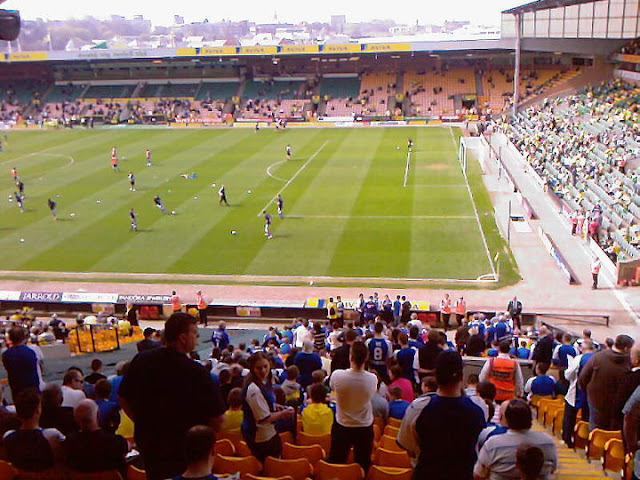 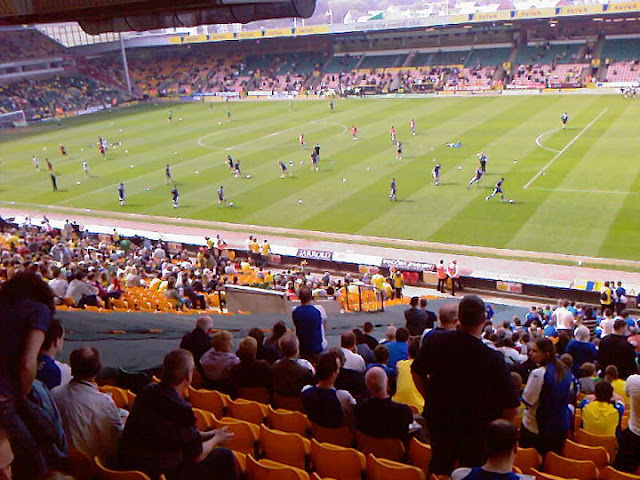 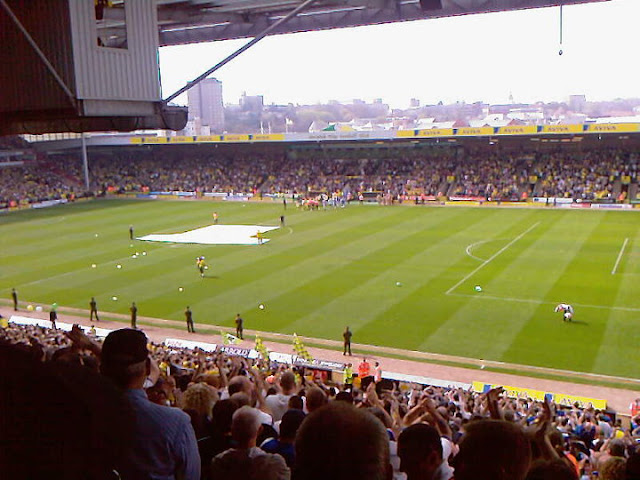 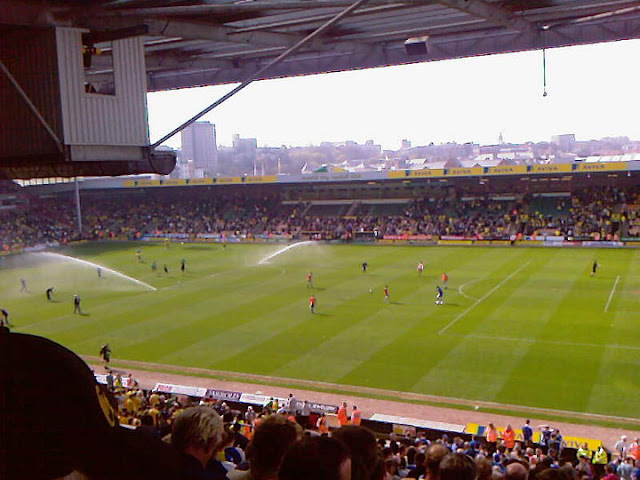 Posted by Football Grounds at 16:17